How to get a flight upgrade – travel experts’ hacks

Arriving late, airline loyalty programs and dressing smart, read these travel industry insider tips on how to hack your way to a flight upgrade on your next trip.

Free flight upgrades are the ultimate golden ticket for anyone who is booked to fly coach and yearns for a slice of first-class luxury in the sky.

Imagine stretching out in a comfier seat, sipping champagne and being served inflight meals on actual dinnerware. And you don’t have to set your sights on first class, an economy plus upgrade can result in a more comfortable flight experience.

The four types of airline cabin classes that most airlines offer are:

Though it's important to note that some regional and budget airlines only have economy class available.

If you’re flying with a carrier with multiple classes, it's definitely worth a shot trying to get an upgrade. Being bumped up a class can hugely improve your flying experience.

Business-class and first-class airfares often sell at a massive premium so blagging a free upgrade can be a big challenge for the economy class traveller.

In the age of automation, airlines have created a near-impossible environment for requesting a cheeky upgrade. Thanks to online check-in, fuller flights and upgrade charges, free flight upgrades are now, sadly, rather rare.

So, while a complimentary upgrade is rare these days, it's not impossible under the right conditions – and who doesn’t love a challenge?

Check out our travel insider tips, from a range of travel experts and hack your way to a flight upgrade on your next trip.

Sometimes tardiness at the gate can actually lead to a great outcome if you don't mind the overwhelming anxiety that comes with this gamble.

Arriving at the gate at the last minute is a really high-risk strategy but can potentially have a high reward if timed just right. Arrive too late though and you might find the flight has left without you and you’ve been downgraded to a journey back home.

Travel journalist Lottie Gross managed to blag an upgrade simply by being incredibly late for her flight: "I once almost missed a flight and they'd filled my seat by the time I got to the gate, so they had to put me in business class. What a reward."

Simply ask for an upgrade

A simple strategy is to brazenly request an upgrade at check-in. It's a move that requires a little swagger and charm but can occasionally pay off. I'm guessing availability and the mood of the staff on the day are a major factor…

Charles McCool, of McCool Travel, reckons persistence is key. "One time I simply asked and received. I have asked hundreds of times and my success ratio is pretty poor.

“However, one flight was a repositioning flight and I was one of only a handful of passengers. I requested a seat as far forward as possible and was reassigned to a seat on the top of a 747 for a five-hour flight."

Joining an airline loyalty program is far more likely to get you the sweet upgrade you’ve been dreaming of. Generally, the higher the tier you are, the better you will be treated at check-in.

There's a range of frequent flyer schemes that all come with their own particular tiers and benefits. Spend a little time researching what one is best for you and you can hack your way to some pretty sweet perks.

Once you've joined a programme, start racking up those loyalty points and enjoy rewards such as lounge access and better seats.

According to Travel TV presenter Alex Outhwaite, airline loyalty can result in free upgrades on occasion. "Airlines are more likely to upgrade a loyalty program member than someone who has rarely flown with them,” he said.

Diana Spellman, of Serenely Sorted, agrees. "I’ve flown literally hundreds of times, the ONLY times I have ever been upgraded was when I had Gold Status with my Cathay Pacific Frequent Flyer Programme.

“I hate to say it but dressing up, and all of that, has limited impact. They will always upgrade a frequent flier before anyone else." 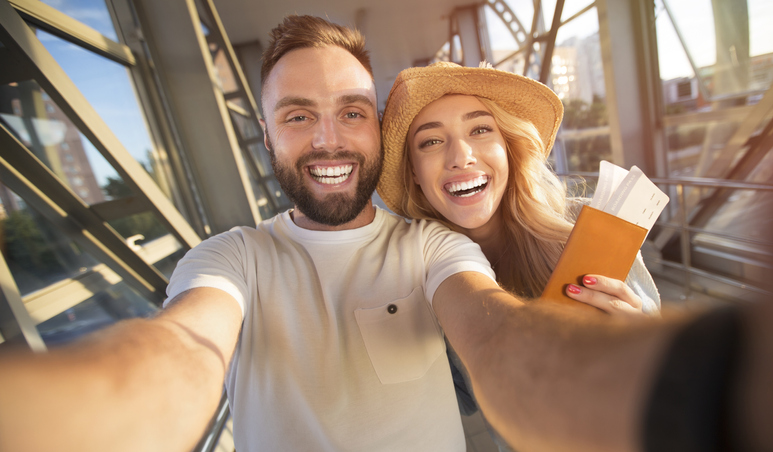 Honeymoon upgrades have long been relegated to the golden age of free flight upgrades, where a flash of a marriage certificate once went a long way.

Special occasions can still get you an upgrade depending on how nice you are to the check-in staff and if the flight isn't full.

“When I flew United, I asked at the gate if there was any availability for an upgrade as it was my birthday. I managed to get upgraded to economy plus with more leg room and charging ports.

“Not bad overall for two flights, Amsterdam to Washington Dulles and Dulles to Houston!"

Sometimes upgrades are bestowed upon lucky passengers for 'operational reasons' (known as op-ups). Basically, airlines oversell seats banking on some passengers being a no show.

Sometimes this bold strategy doesn't always pay off and they have to bump passengers up a class.

Online flight search company Alternative Airlines claims that if you travel on a busy route or during busy periods, op-ups are more likely to occur. So, choose your flight strategically and there's a chance you might get lucky and be upgraded.

"Many airlines will only let you jump up one cabin class, so if you're hoping for an upgrade to Business, your best bet will be to book premium economy," a spokesman said.

If economy is overbooked, airlines give priority to members of their loyalty program. Shane Dallas from the Travel Camel says: "I've received a number of long-haul flight upgrades from economy to business class with Emirates.

“Every time it has been due to two factors - an overbooked flight and when I have had tier status in their loyalty program."

One of the most persistent upgrade urban legends is that wearing an 'upgrade outfit' is the key to getting bumped up to business class.

While this might have held some truth in the bygone days of travel, getting yourself upgraded these days will require more than a fancy jacket.

Though some airline staff still claim dressing smart yet understated can slightly improve your chances. Hannah Henderson from HH Lifestyle Travel has some insider knowledge on this.

"A family member worked ground crew for a big transatlantic airline. She confided in me some of the things that influenced upgrades - one of which was to dress well," she told me.

Hannah's contact explained that after loyalty programme status and solo travellers, customers who were dressed well were given preference. So, if you look like you have just rolled out of bed, you could be  overlooked.

Be prepared to be bumped to a later flight

If you don't mind killing time in an airport, then being bumped to a later flight might result in an upgrade and even some financial perks.

Despite a long wait, volunteering to give up your seat in exchange for a later flight can have its own advantages when it comes to earning money, upgrades and points.

Sarah Carter from Social Nomad advocates taking a chance on a later flight.

"I was once bumped from London Heathrow to Orlando International Airport and I ended up in business class on a flight to Tampa, with a limo to get us to our end destination. Oh, and with a $150 voucher each. I still can't quite believe it happened either!"

If you travel at a really busy time, gate agents are going to be more likely to offer upgrade incentives and perks in exchange for your seat. Especially if they need overbooked flights to take off on time.

You are much more likely to bag an upgrade if you pack light and travel with hand luggage only.

Travel with a small, lightweight case on wheels for optimal airport navigation. You'll also be able to breeze around your new destination with ease.

Annie Thorpe, editor of Money Magpie, advises that travellers pack light if they want to try and get upgraded. "Travel with hand luggage only. If you're happy to take a standby upgrade, it's way easier to bump someone without hold luggage,” she said. 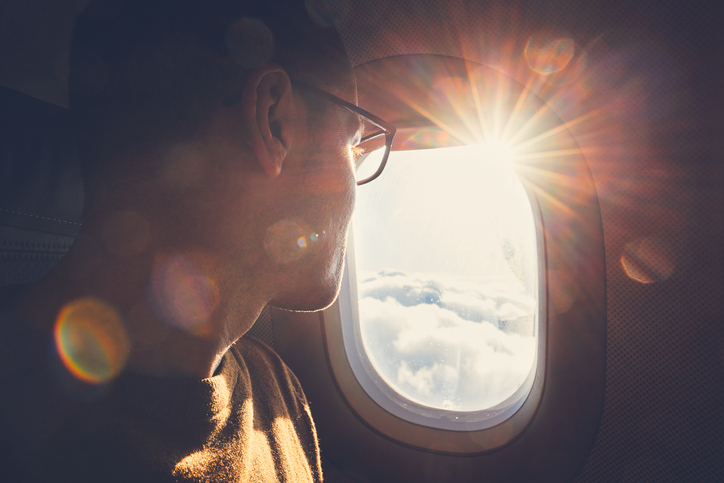 If you're a solo traveller your chances of being upgraded on their flight are dramatically improved. You can be placed anywhere in the aircraft that has a single seat available, so you're more likely to get bumped up.

Couples and families travelling together have much less chance of being upgraded than a smartly dressed solo traveller, especially one that’s travelling light.

Julie McCool from Fun in Fairfax VA thinks flying solo tips the balance of upgrade probability significantly. "It's a lot less hassle for airlines to bump a solo traveller than a family of five, so always ask for an upgrade if you’re travelling solo. It's worth taking a chance and politely requesting one," she said.

Pip Jones is a travel writer and host of the Travel Goals Podcast. She can normally be found drinking coffee, typing an article and taking a selfie all at the same time.

The best time to book your holiday or flight

When and why do you need to buy travel insurance?