What are the alternatives to owning a car?

Whether it's lift sharing, joining a car club or packing it in altogether, we look at the best ways to get around if you don't own a car

If the UK is to fulfil its climate change promise, the current levels of personal vehicle ownership aren't compatible, according to MPs from the Science and Technology Committee (Sept 2019).

Is traditional car ownership a thing of the past?

As well as a desire to do more to improve our environmental impact, is the country's 'less is more' attitude towards simplicity and using what we've already got having an impact on car ownership?

So if you're considering ditching your car - whether it's to save a bit of money each month or to do your bit for the planet - here are some alternatives for you.

Let's start with the most obvious - trains, buses, metros etc could be your first option for leaving your car behind. But the reliability and frequency of said options can leave a distinctly sour taste in the mouth.

The use of CCTV, added bus lanes and app-based tracking have all played their part in improving passengers’ experience. But quality and frequency can vary.

Services are often better in high-density areas like major UK cities where it's easier to get around without a car, but it's a lot less reliable around rural Pembrokeshire, for example.

If you’re saving money by not having a car, then you’ll hopefully have a bit extra for train journeys. However, they remain notoriously expensive in the UK unless you have a railcard or buy in advance. It's worth checking with your employer if they have a salary exchange option for a seasonal ticket - they're often discounted by the transport company and will come out of your pay monthly. 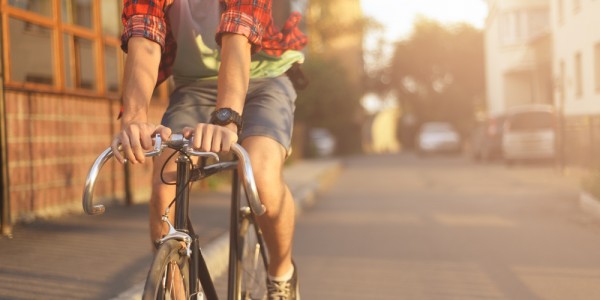 Cycling's great for keeping fit, dodging traffic jams and not contributing to harmful emissions. But despite the obvious positives of this zero-emission, healthy commuting option, cycling’s not a very popular choice.

For those who don't cycle but have thought about it, perception can be a hurdle. Traffic volume, poor infrastructure and safety concerns are common complaints among cyclists across the country.

And there’s no denying how far behind we are compared to our European neighbours due to “poorly designed roads and junctions, traffic volumes and speeds, irresponsible driving, and a legal system that fails to respond adequately to road danger” according to cyclinguk.org

But despite this, safety-wise, cycling is low risk in the UK. “Figures for the last three years suggest that, per billion miles travelled, pedestrians were more likely than cyclists to be killed. And the life years gained through the health and fitness benefits of cycling outweigh the life-years lost through injuries by around 20:1” (cyclinguk.org)

And don’t worry if you don’t have your own bike, more and more places have city-bike schemes like London’s Santander bikes. Next Bike is cropping up across the country, allowing users to rent a bike through an app for as little as £2.

The 20-year-old Cycle-to-Work scheme is still going strong and you can still save money on a new set of wheels.  The Government-backed scheme allows employers to loan staff money to buy a bike and accessories – tax free - which is paid back monthly through your salary.

The Government updated the scheme in 2019 to include e-bikes, opening cycling to a wider range of cycling abilities and fitness levels.

A survey by Evans Cycles estimated that travelling by e-bike rather than in a car or on public transport could save commuters an average of almost £8,000 over five years. 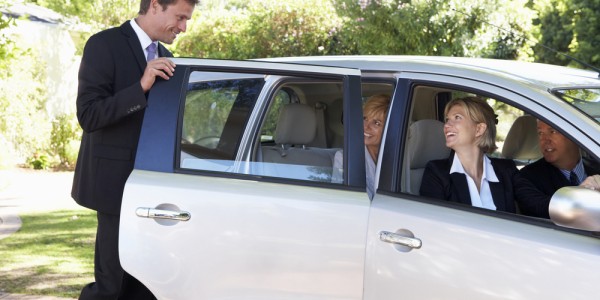 Commonly known as carpooling across the pond, and more so here recently thanks to James Cordon and his singing antics, lift-sharing has been around for years in an informal fashion; an agreement between mates to share lifts to work or festivals, or parent friends sharing the school run.

But technology advances and a shift towards creating a better environment has seen a surge in the number of companies offering lift share services. At the time of writing (March 2020), Liftshare in the UK has more than 700,000 users while France’s BlaBlaCar has over 87 million drivers.

Free-to-join Liftshare says members save over £1,000 every year. You simply upload your journey and look for the best share for you – it works for both passengers and drivers.

If you don’t have a car, then borrowing from a friend or family member is an option. For instance, if you’re a student, it may be handy to borrow a parent’s car during holidays. Or if you’re in a group of friends who use cars infrequently, you may find it works to simply share one car between you rather than owning one each.

Although it’s possible to put additional named drivers on insurance policies, there are also policies which cater specifically for this kind of vehicle sharing, like Veygo by Admiral.

Heledd Jones from Veygo says: “We offer flexible and affordable short-term insurance policies to suit all sorts of car-sharing situations.

"If a parent’s letting you drive their car over the holiday, or you’re borrowing a friend’s car for the weekend, you can get yourself covered on their car and on the road in no time. It takes just two minutes to get a quote.”

Hire or rent a car 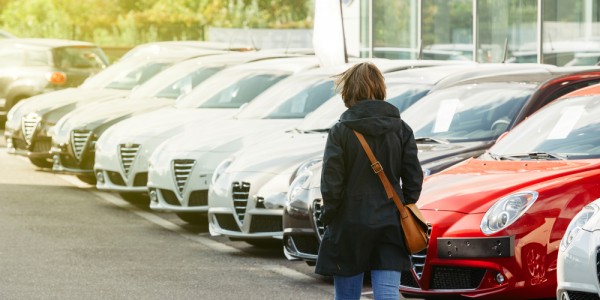 If you only make occasional longer journeys, car hire can be surprisingly inexpensive. And it’s particularly useful if you’re travelling to an area with poor public transport. You can compare prices from a huge range of car-hire brands with easyCar.com.

The sting with car hire usually comes with heavy (albeit refundable) deposit payments, or having to accept a large excess. For peace of mind, it’s not a bad idea to take out some excess protection. Car hire firms will often offer this, but you can almost certainly save by shopping around for policies online.

If you really don’t want to pay a big firm for car hire, check out peer-to-peer car rental. Drivers who don’t use their car everyday can offer them for rental – think Airbnb for cars.

You may find local car owners are more conveniently situated than the nearest car-hire place.

Car clubs offer the convenience of car ownership without many of the downsides and are an economical option for someone who drives less than 8,000 miles a year.

The pros: You don’t have to worry about getting the car repaired or serviced, and the clubs have allocated parking spaces, usually within a 10-minute walk, according to Next Green Car.

This also means you don’t have to go to a depot, and can self-serve 24/7. Bookings are made online, by app or phone, and payments can be made directly from your account.

Members can book the club-owned cars for any period, paying an hourly or daily rate, or an annual membership fee.

The likes of Zipcar, which haves been around since 2000 and is a subsidiary of Avis Budget Group, allows members to sign up on the app and find a car parked nearby. You can hire it by the hour, from just £3, or by the day.

As well as the money-saving aspects, car clubs are a gift to those looking to improve their green credentials.

Next Green Car says: “The [car club] effect of reducing car mileage, increasing the use of non-car travel, reducing the average age of vehicles driven, and of removing some cars from the road is to significantly reduce overall environmental impacts.”

CoMo has a list of car clubs in the UK if you want to give it a spin.

A combination of the lot

As journeys frequently involve the use of more than one type of transport, seamless integration appears to be the way to go.

London’s Oyster system is a step in this direction, allowing card holders to seamlessly use the bus, Tube, tram and the Thames Clippers River Bus, to name a few.

But other cities around the world are going further with ‘multimodal mobility’. For €8.90 per month, the Switchh system in Hamburg encourages users to use public transport, hire cars, car-club cars, and even shared bikes as a part of a single journey.

The first Switchh station was opened at the Berliner Tor railway hub in 2013, with eight parking spaces for carsharing vehicles and a city bike collection point. Today, there are more than 60 stations all over Hamburg.

Sharing the road: understanding the rules for cyclists and drivers