Campervan road trips - the best of the UK

When taking to the open road in your campervan, it’s hard to beat Britain for a memorable trip.

Our network of motorways, coupled with scenic A roads and quiet country lanes, blend easy access with peaceful pootling through some of the most beautiful places you could put on your list.

Whether you’re able to travel this autumn or you’re planning ahead for less locked-down times, here are our favourite UK roadtrips to take in your van. 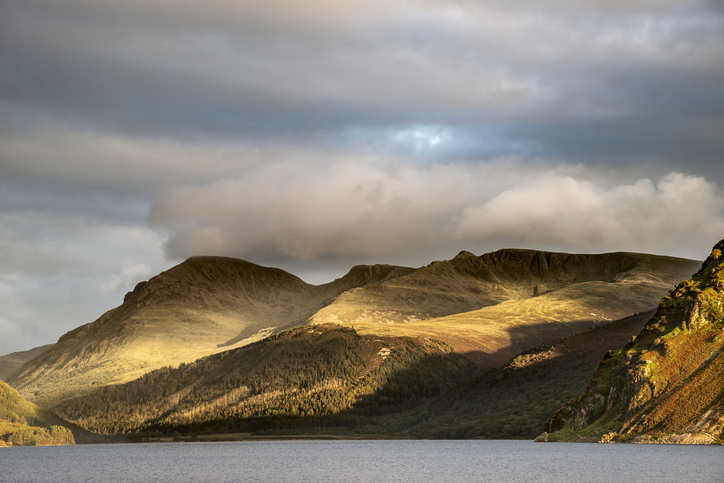 The Lake District is spectacular in autumn, with its rich reds and golds - but the tourist traps of Keswick and Windermere can remain spectacularly busy, too, Head to the Western Lakes, including Wast Water and Ennerdale, where the finest views might not be quite for your eyes only, but you’ll certainly find more space.

From Ambleside, head along the Roman road to take in the thrilling Wrynose and Hardknott passes. But go gently on the gas, as they're renowned for their hairpin turns and sharp gradients and are better suited to smaller vans with confident drivers!

Ravenglass, with its charming seven-mile steam railway, is a perfect place for a stopover, before continuing along the coast to St Bees, traditionally the starting point for the renowned Coast to Coast long-distance walk.

Then turn inland to drive through the remote, rugged landscape of those breathtaking Western Lakes - just make sure your breakdown cover is up to date before you go! 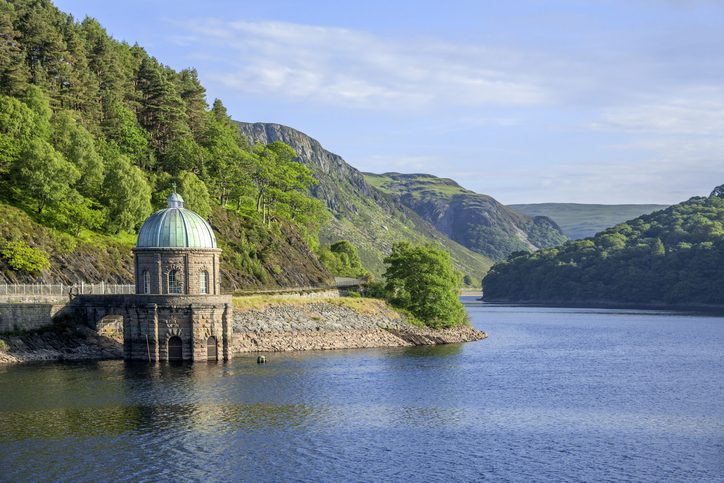 Stretching from the Carmarthen Fans on the western edge of the Brecon Beacons National Park to the southern fringes of Snowdonia, this vast and largely unexplored Dark Skies wilderness forms the backdrop to hit Welsh language drama Hinterland.

You can follow the A470 or, if you’re feeling daring, pick your way over the lonely Elenydd uplands between Llandovery and Tregaron.

Note that you’ll be lucky to get a phone signal in places and, if you have a vintage van, this one’s best avoided in the winter months, when conditions can become treacherous.

Make time to stop at Pontarfynach (Devil’s Bridge) in the Rheidol Valley, to see its triptych of bridges and world-famous waterfalls.

The Elan Valley reservoirs are renowned, not only for their Victorian engineering but also for the abundant wildlife and walking and cycling tracks all around, while Brechfa Forest is a Mountain Bike Wales destination not to be missed

Remember that if your van includes add-ons such as a roof rack, bike rack or a towbar for a trailer, you’ll need modified van insurance. And if your grand tour includes a spot of cycling, make sure you have the right bicycle cover away from home. 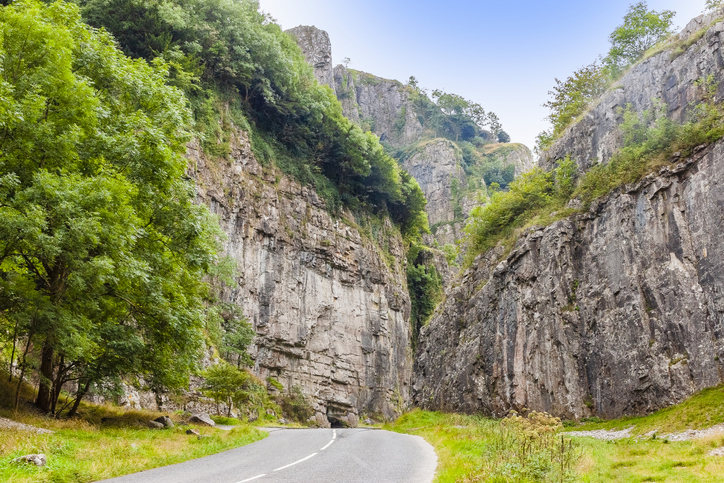 One of England and Wales’ 46 Areas of Outstanding Natural Beauty, the Mendip Hills combine limestone plateaux and gorges with sprawling lakes and nature reserves.

With a tranquility belying the closeness of the M5 artery, the Mendips are the place for serene strolls, chocolate box villages and diverse wildlife.

Remember that it’s illegal to camp or park overnight in Somerset’s car parks, nature reserves and open access areas, however tempting it might be to utilise your rock n’ roll bed miles from anywhere, or anyone!

Problem behaviour throughout lockdown has led to an appeal from the AONB to camp or stay responsibly in one of the area’s many campsites - where you’re bound to get a better night’s sleep anyway.

The Coig, Ayrshire and Arran 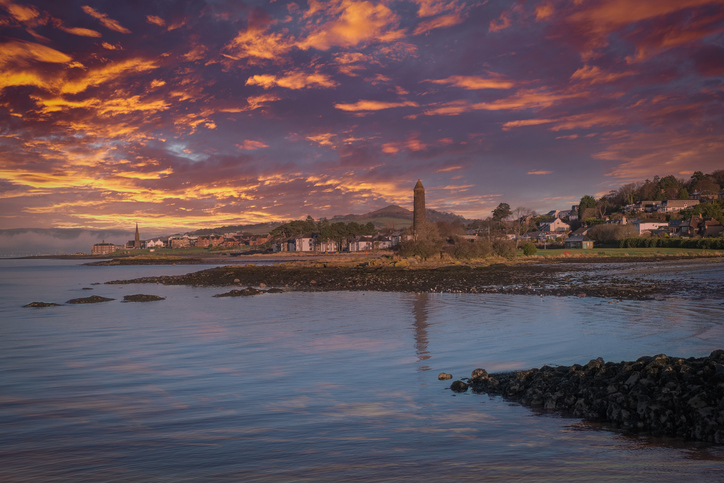 Think of a roadtrip through Scotland and there’s a wee chance the North Coast 500, a long-distance loop through the Highlands, will come to mind.

But rather than venturing to the very tip of the UK mainland, why not bear left at Gretna Green for an Ayrshire adventure in relatively unexplored terrain?

The Coig is a collection of five exciting new routes covering Ayrshire, the Firth of Clyde and the Clyde Islands. They can be undertaken individually or combined in one unforgettable trip and, if you don’t have a campervan or motorhome of your own, you can hire one locally!

If you’re travelling with children, don’t miss Crocodile Rock on the Isle of Cumbrae, a brightly painted landmark on Millport Beach.

Arran - known as ‘Scotland in miniature’ for all that it has to offer - is the place to partake in a dram of gin, while The Shiel route includes Kelburn, a 13th Century castle with a Brazilian graffiti makeover!

Note that the Scottish Outdoor Access Code does not include campervans and motorhomes and there is no legal right to park on the roadside overnight in Scotland. Read more here before you plan your trip. 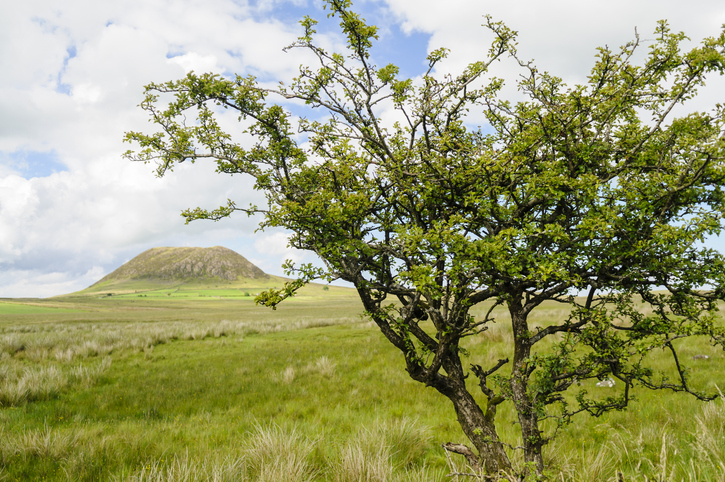 An exhilarating drive between Belfast and Londonderry, this 120-mile route has been described by National Geographic as one of the world’s best drives.

Linking Belfast with Londonderry the scenic way - and then some - it of course takes in the Giant’s Causeway, a UNESCO heritage site with 40,000 interlocked basalt columns, but there’s so much more to park up alongside and explore.

In addition to the main coastal road, the route links with nine minor scenic loops around headland, glacial glens and to landmarks including Slemish Mountain, where St Patrick was held captive.

Rathlin Island, at just six miles long and one mile wide and with 140 residents, promises a worthy detour, while Gobbins Cliff Path is an unmissable walkway slung between dramatic rocks and above crashing waves, accessible via a gap in the rock called Wise’s Eye. 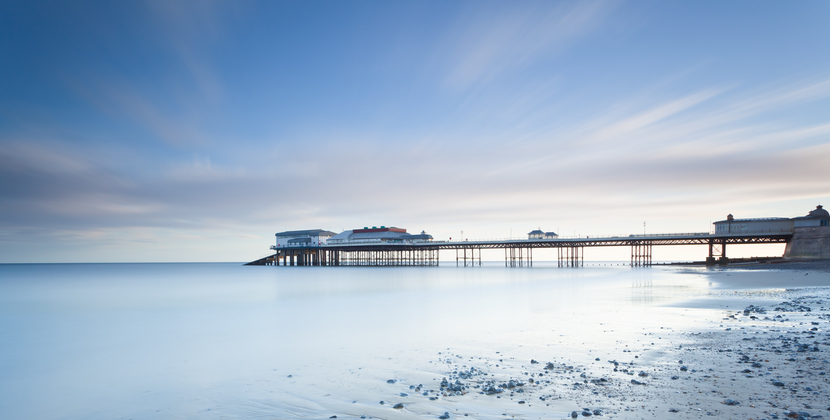 Picture Norfolk and you might visualise water before roads, due to the 200km sq of navigable waterways on the Norfolk Broads and mile upon mile of coastline. But this quintessential corner of England offers much for the discerning driver, too, particularly if you start from Norwich, where the city’s medieval charm sets the tone for a spot of time travel.

Head north to Cromer and fast-forward to Victorian times, where the Grade II-listed Cromer Pier still stands as a paradigm of turn-of-the-century seaside pleasure. From here, the A149 coast road can be taken at your leisure, winding its way along dramatic cliffs and passing picture-postcard windmills and Norfolk’s celebrated beach huts.

Don’t miss the neverending sands and nature reserve at Holkham, where Lord Nelson spent many a childhood day, before ending in Hunstanton - or ‘Sunny Hunny’, as it’s locally known. It's the only seaside town in Norwich facing west.

Planning your route ahead of time? Make sure you're map-savvy with our quiz!

Keep covered on your massive UK road trip with our UK Travel Insurance!

Get your campervan ready for winter