However, the Society of Motor Manufacturers and Traders (SMMT) has revised its forecast downwards again for 2020, and is now predicting total LCV vehicle registrations of 269,000 – a 26.3% fall on the 2019 van market.

If you’re looking for some 70-plate inspiration, we’ve chosen 10 of the latest commercial vehicles on the market to whet your appetite – and as you'll see, electrification is becoming the name of the game as we slowly make the switch from petrol and diesel engines to hybrids and pure electrics. 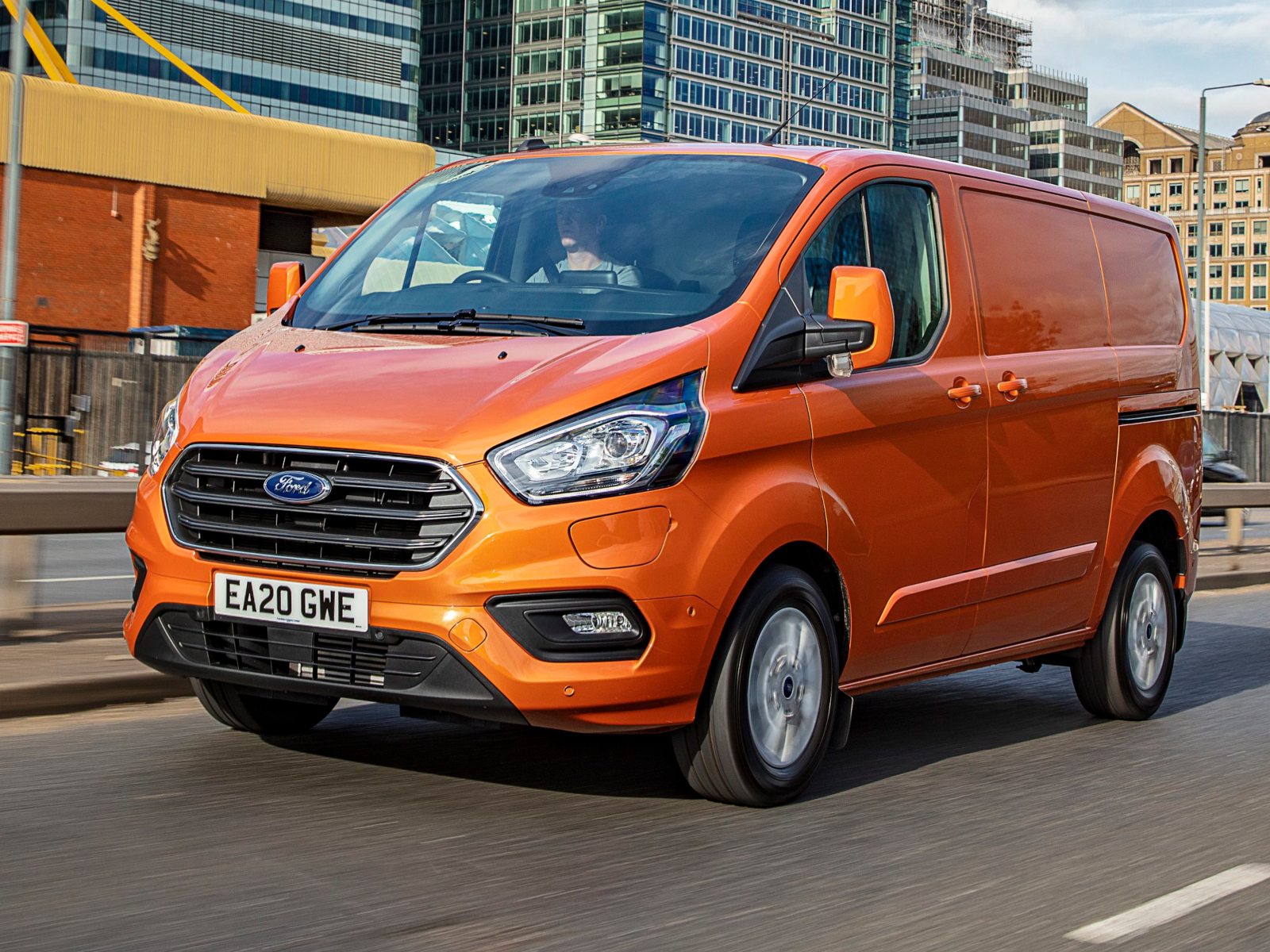 Britain’s best-selling van by far is likely to remain at the top of its game (and the sales charts) with the addition to the range of a Plug-In Hybrid (PHEV) version.

Combining Ford's efficient 1.0-litre EcoBoost petrol engine with a battery and electric motor, it can travel for up to 35 miles in pure electric mode, essential as more cities become ultra-low emission zones (ULEZ). The engine can also charge the battery on-demand to extend its range to 343 miles.

The battery can be recharged via a domestic or commercial charger, and using regenerative braking when the vehicle decelerates or brakes. 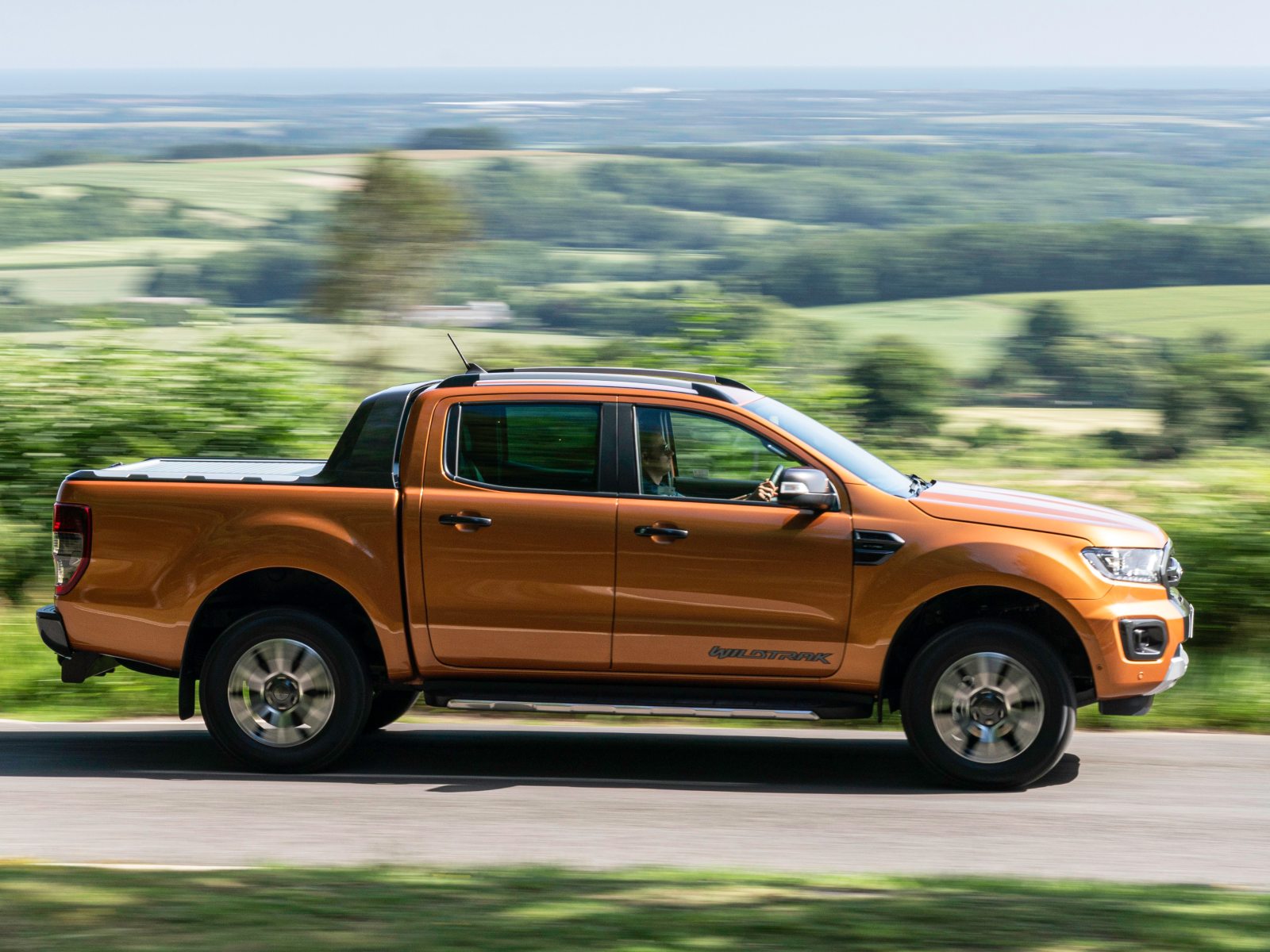 Britain's best-selling pick-up truck by far is likely to maintain its advantage during the 70-plate era. Not only is it rugged yet comfortable, it's versatile with genuine off-road ability and it boasts a 3.5-tonne towing capacity. 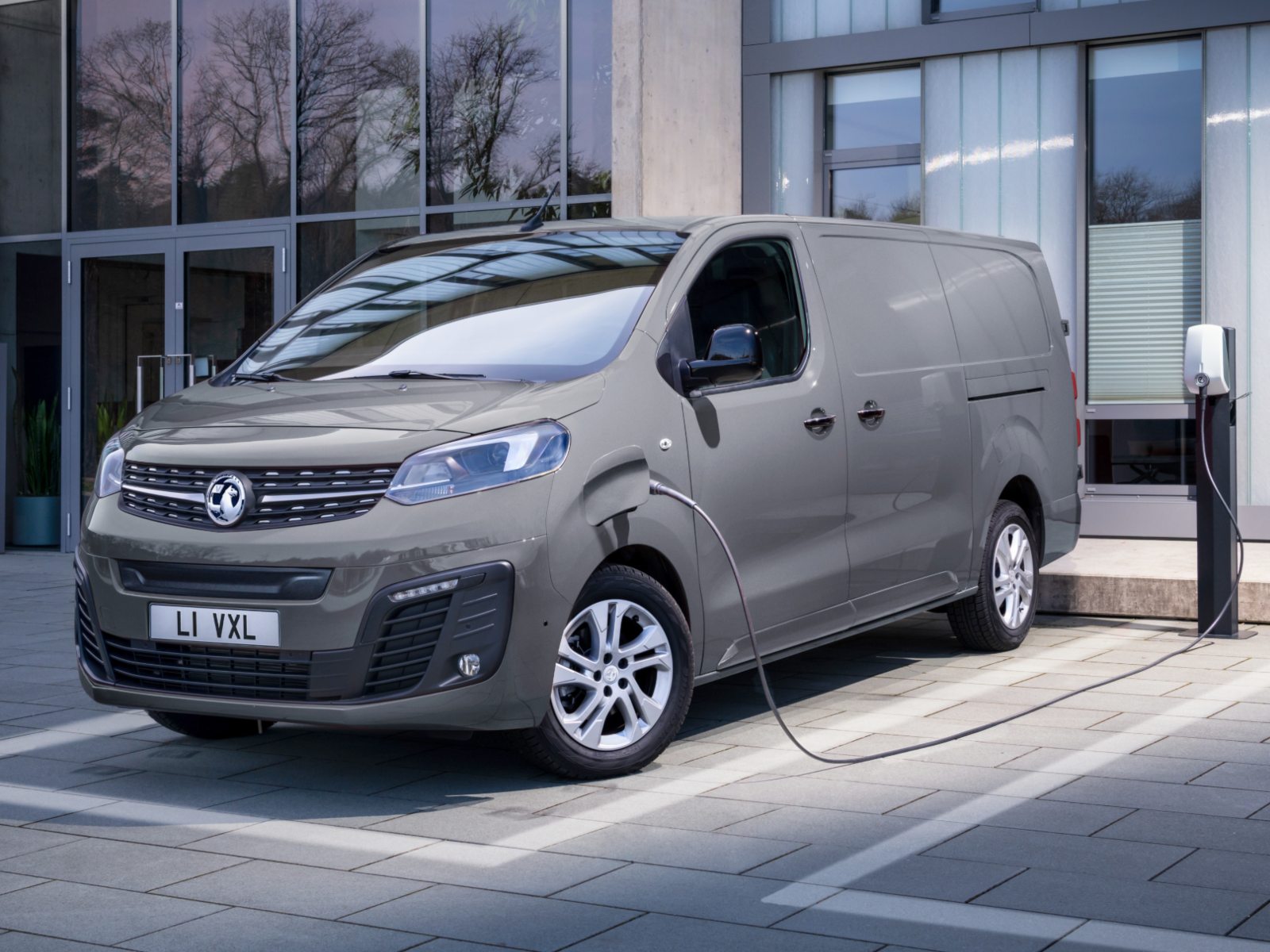 With a range of up to 205 miles and a payload of up to 1,226kg, Vauxhall says it's also the only electrified vehicle in its segment that can pull trailers (with a maximum towing capacity of one tonne).

Add an impressive load volume of up to 6,600 litres and a maximum load length of four metres, plus lower running costs and tax benefits, and you have a van that could make sound business sense for you. 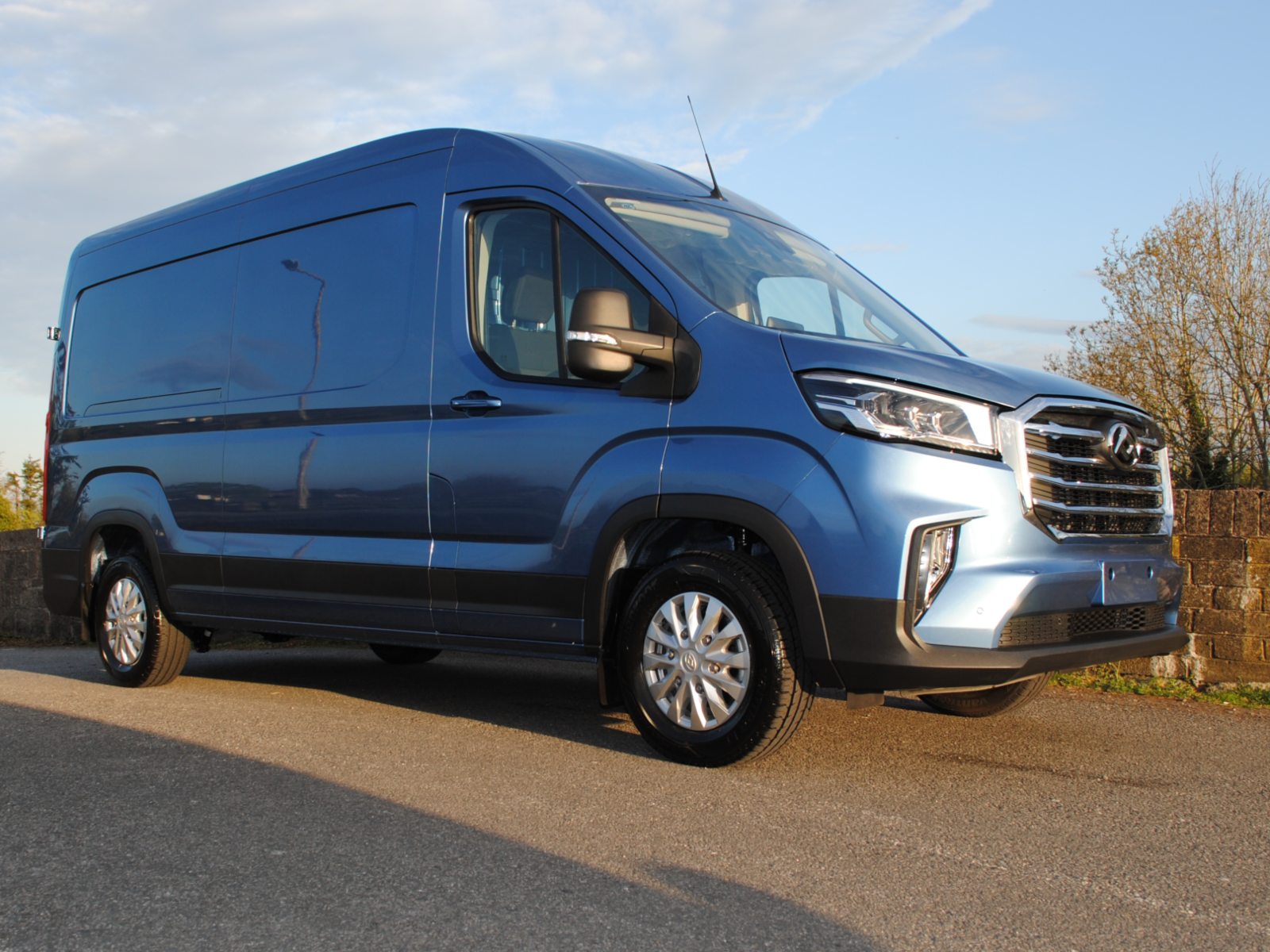 Maxus is the new name for LDV (bought by Chinese manufacturing giant SAIC) and Deliver 9 is a new entrant in the large van stakes, replacing the ageing LDV V80.

There's a maximum load capacity of just under 13,000 litres, all UK models have a 3,500kg gross vehicle weight (GVW) rating and its highest payload capacity is 1,360kg.

It's also generously equipped and there's even a Regen' button, which activates a cleaning cycle on the diesel particulate filter (DPF). 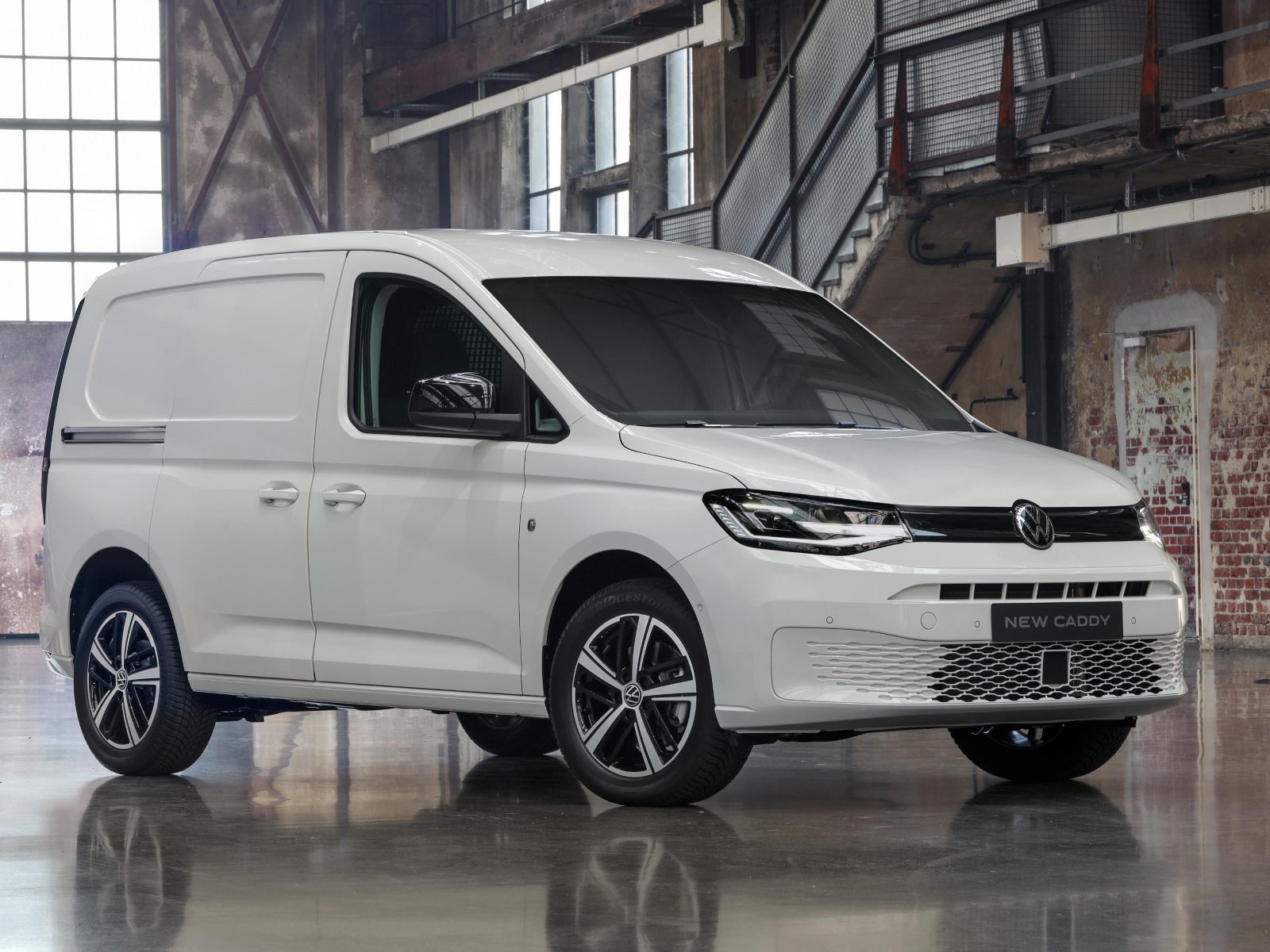 Arguably one of the most important launches of 2020, the all-new fifth generation VW Caddy small van arrives 42 years and more than three million vehicles after the original.

A 114bhp turbocharged petrol engine will be available, along with three diesel units (74bhp, 100bhp and 120bhp), and Volkswagen claims the latter will be up to 12% cleaner than previous oil-burners.

Expect the new Caddy to be even more car-like than ever before. 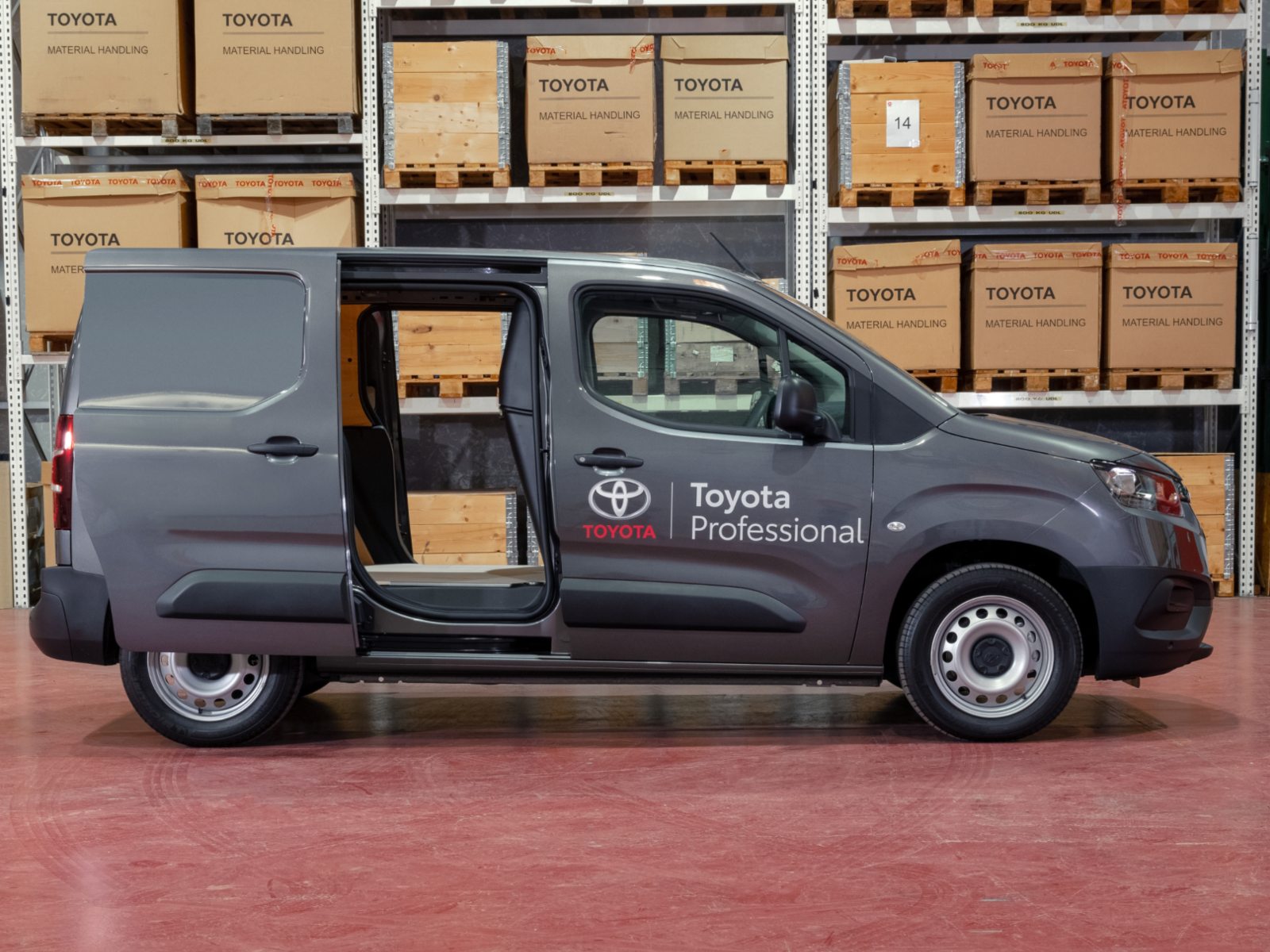 If you think this new small panel van from Toyota looks familiar, then you're right because it’s closely related to the Peugeot Partner, Vauxhall Combo and Citroen Berlingo.

Available in two wheelbases and with a load capacity of up to 4,300 litres, it's backed by a generous five-year/100,000-mile warranty. Initially there's a choice of two 1.5-litre diesel engines with fuel economy of up to 51.3mpg.

Inside there's an 8.0-inch touchscreen Apple CarPlay (including Siri assistant) and Android Auto (including Google assistant), plus Bluetooth and USB sockets. 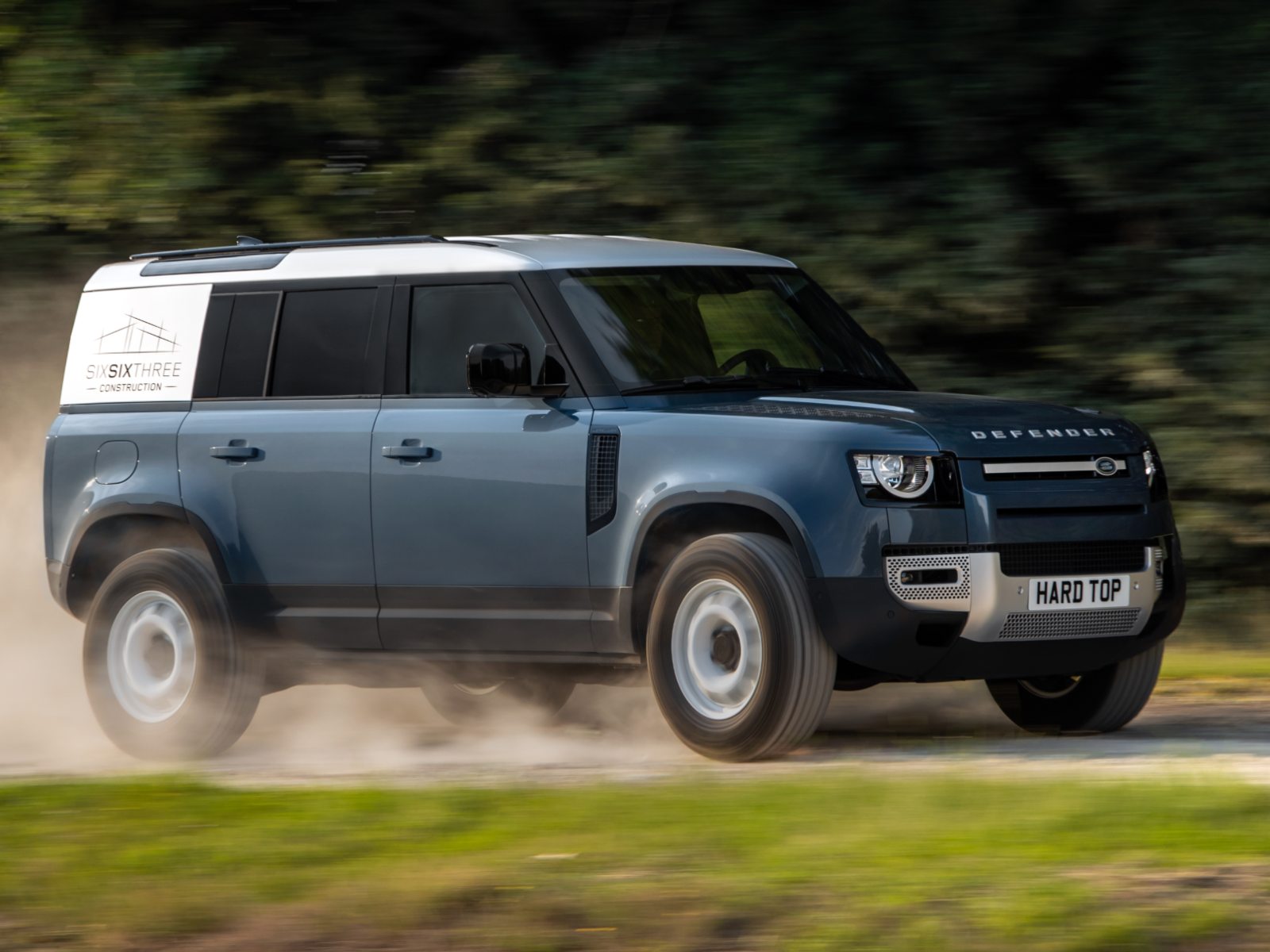 The commercial version of the much-anticipated new Land Rover Defender is available in three-door 90 and long-wheelbase, five-door 110 versions.

Both boast ground clearance of 291mm, along with a wading depth of 900mm, so these are real go-anywhere commercial vehicles.

Land Rover promises "a unique combination of cargo space, practicality and comfort", and with a 3,500kg towing capacity, there's some serious pulling power on offer too. 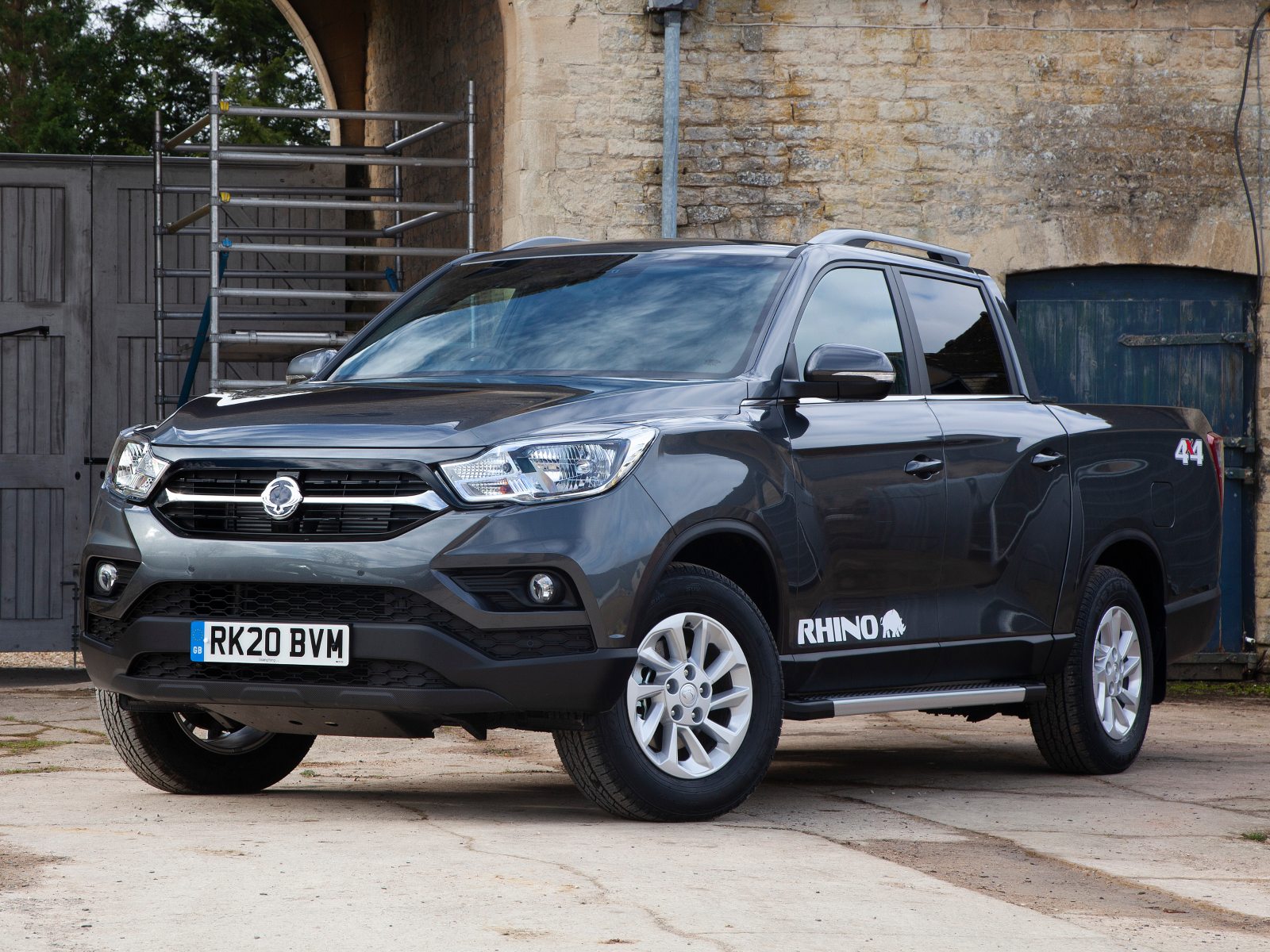 Winner of the What Car? award for best pick-up under £28,000 twice, the new Musso Rhino LWB now has a fresher look and offers the biggest double cab pick-up with the biggest loadbed on the market.

SsangYong says it can now tow 3.5 tonnes and carry 1140kg – all at the same time – something no other pick-up can match. And just like the rest of the range, it comes with a seven-year/150,000-mile warranty. 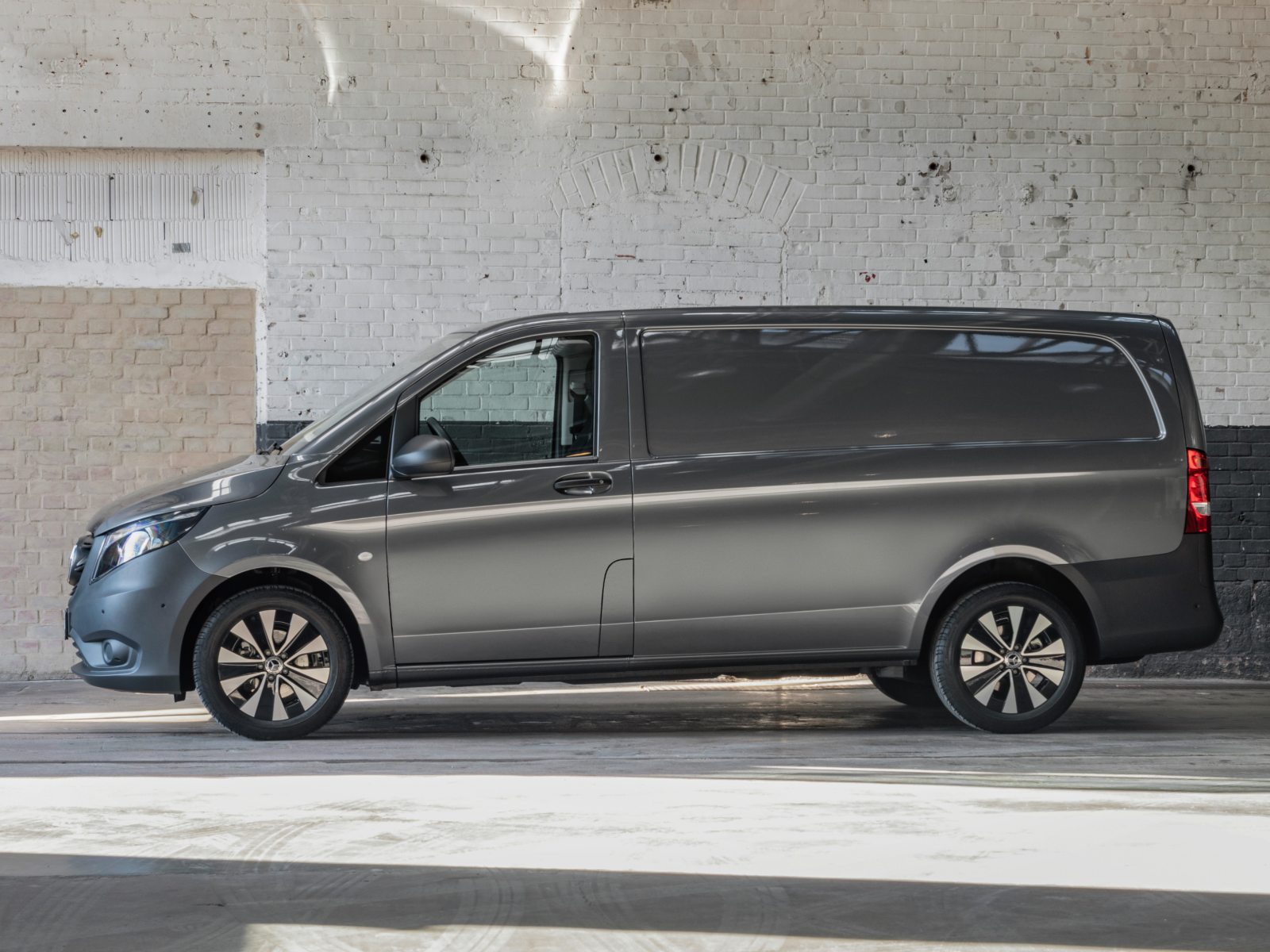 Looking for a classy medium-sized van with big badge appeal? The updated Mercedes-Benz Vito might be right up your street.

Apart from a new grille, it looks much the same from the outside, but under the bonnet there's a new range of 2.0-litre diesel engines offering improved emissions and driving refinement.

A pure electric eVito is now offered too, with a range of up to 93 miles. It’ll be available in two lengths, with a maximum load capacity of 6,600 litres and payloads of up to 923kg. Charge time is around six hours. 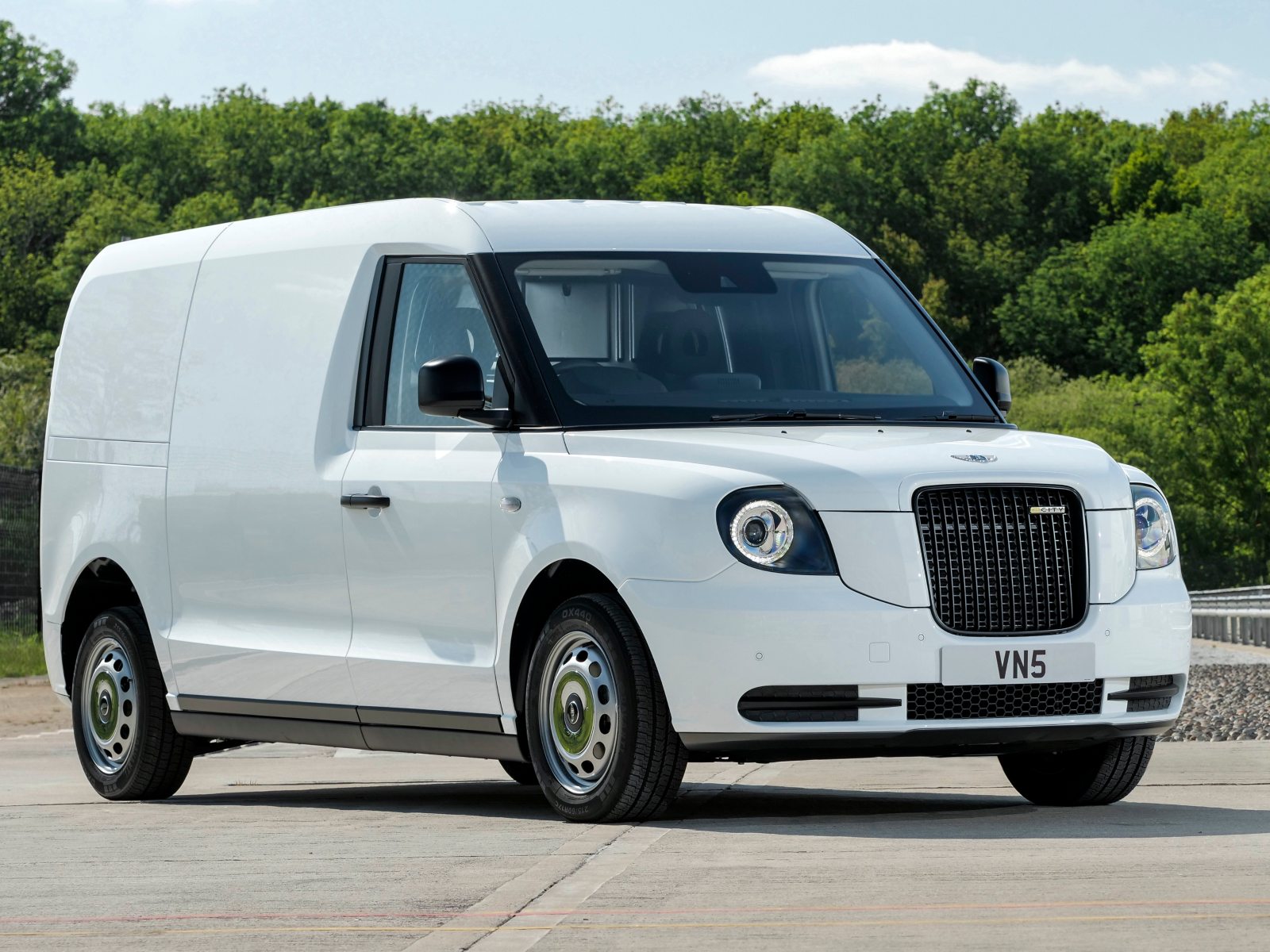 Best known for its TX taxi cabs, the distinctive VN5 is LEVC's (London Electric Vehicle Company) long-awaited van version. Just like the taxi, it's not a hybrid, but a range extender.

Look under the bonnet and you’ll find a 1.5-litre petrol engine which doesn't power the vehicle, but is used solely as a generator to supply charge to the batteries. And, of course, the battery pack can also be charged via a charger or via regenerative braking.

LEVC claims a total range of more than 300 miles and up to 58 miles in pure EV mode. With side and rear openings, it has a load capacity of up to 5,500 litres and a gross payload of 830kg.