Whether you're a fleet manager or you run a small business, choosing the right van is one of the most crucial decisions you face.

Back in the day it was a far simpler choice, but times have changed and environmental concerns are driving change.

In 2015, the Government set a target to “ensure almost every car and van is a zero emission vehicle by 2050” and in 2017 it announced “it will end the sale of all new conventional petrol and diesel cars and vans by 2040".

To help improve air quality, an Ultra Low Emission Zone (ULEZ) has been in place in central London since 8 April 2019, in the same area as the congestion charge. Most vehicles, including vans, have to meet new, tighter exhaust emission standards or be liable for a daily charge to drive within the ULEZ area.

Five other cities, including Leeds and Newcastle, are set to follow London by introducing clean air zones, plus many local authorities.

Companies are being forced to include electric vans in their fleet mix to meet the challenge, but as with any big decision there are advantages and disadvantages.

Manufacturers are rising to the challenge too. Nissan, Renault, Citroen and Peugeot are among the firms already offering electrified van ranges, while Ford (Europe’s number one commercial vehicle brand) has announced ambitious plans to launch hybrid and plug-in hybrids vans, plus an all-new 100% electric Transit, in 2021.

Electric vans are considerably cheaper to run than diesel alternatives because the cost per mile of electricity is lower.

For instance, Citroen claims its Berlingo Electric costs 2-3p per mile to run on average – that’s less than £2 per 40 miles.

Use our journey cost calculator to for a full cost-per-mile breakdown compared to a petrol or diesel car.

There are fewer moving parts in electric vehicles and they’re less hard on their brakes, so maintenance costs are reduced.

You can also expect lower tax, company car tax and congestion charges, too. Our car tax cost calculator breaks all this down for you.

There are various schemes to encourage the use of electric vehicles and the commercial world is no different. These include the Government Plug-in Van Grant, which is worth up to 20% off the list price (up to a maximum of £8,000), plus reduced tax burdens for both business and private use. There are even grants towards the cost of workplace chargers.

Other examples of benefits range from free parking in some areas, exemption from London's Ultra Low Emission Zone (ULEZ) charge and even free charging.

Having an electric van or a whole fleet demonstrates to your customers that you have an environmental conscience.

As the need to tackle climate change becomes ever more urgent and many cities look to address air pollution by introducing low or zero emissions zones limiting access of polluting vehicles, companies are switching to electric vehicles to lower business risk and future-proof operations.

Electric vehicles are much simpler to drive. Broadly speaking, you press the accelerator to go and you brake (or simply lift off) to stop. There's no changing gear and they’re very nippy around town because electric motors deliver instant torque.

It's also a much more pleasant experience because electric motors are virtually silent, apart from a distant hum or whine. 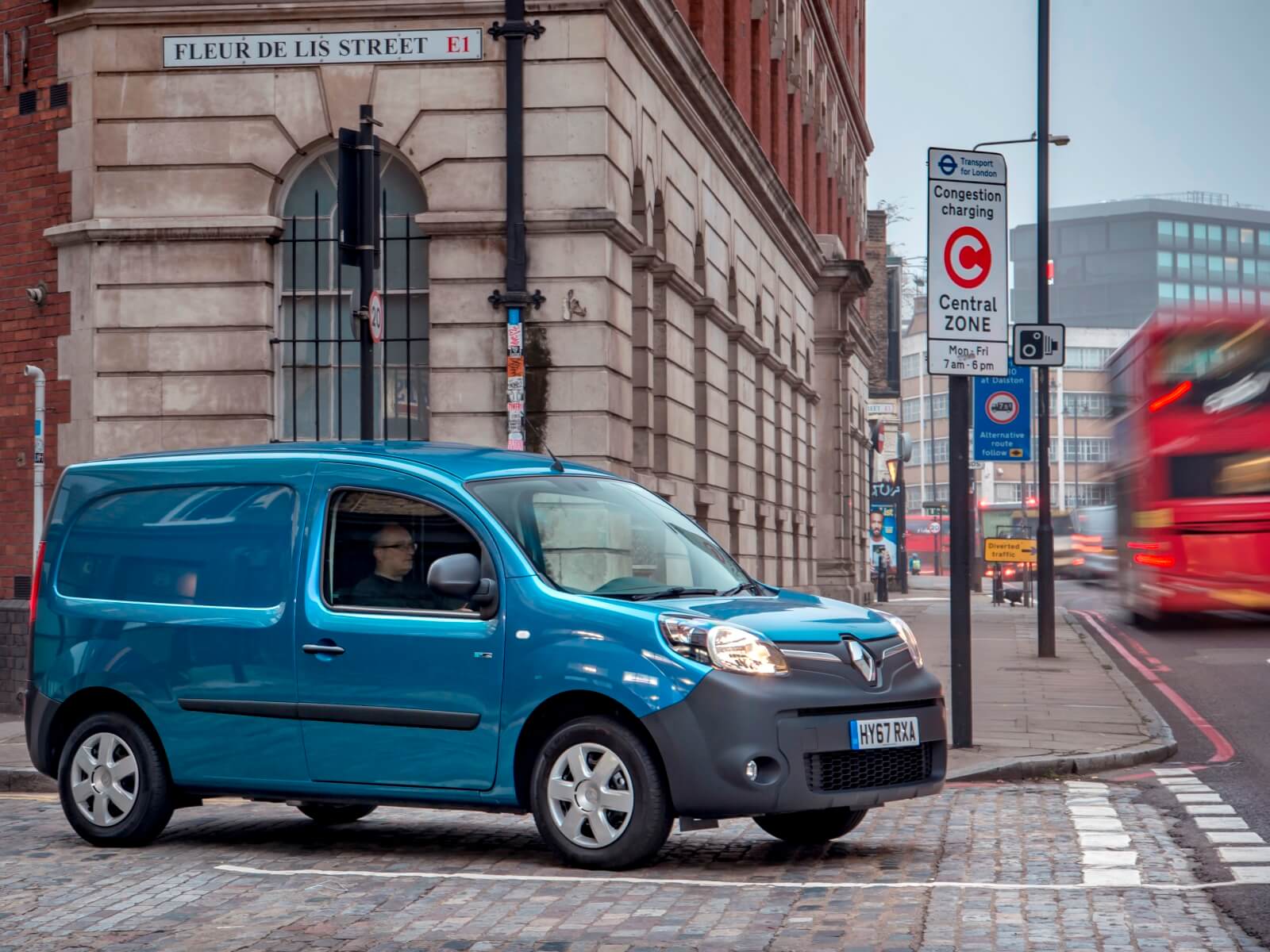 It's estimated that around a third of vans never cover more than 80 miles in a day and this makes electric vans (with a typical range of 100 miles) a viable workhorse.

However, range anxiety – where an electric vehicle driver is worried that the battery will run out of power before the destination or a suitable charging point is reached – is still a major factor for many.

Until battery technology moves on and ranges increase, drivers covering longer distances would suffer significant downtime because they’d have to stop and recharge at regular intervals.

There are some 20,000 public charging points across the UK and many homes and businesses have their own. The number is growing all the time, but there are still gaps in the UK, especially in rural areas – and you're not guaranteed a charger space when you arrive at a location such as motorway services. Of these, only around 1,000 are rapid chargers.

To put that into perspective, the popular Nissan e-NV200 van takes 7.5 hours to fully charge from flat using a wallbox charger. At the other end of the scale, a rapid 50kW charger can charge it from 20% to 80% in 40 minutes.

The up-front cost of electric vans tends to be higher than conventionally-powered alternatives, but it's thought they will become more competitively priced as they gain in popularity. Leasing is one way to cut costs, but whatever you do, it's important to calculate the whole life costs taking into account the purchase price, plus fuel, tax, maintenance and congestion charges.

The amount of weight an electric van can carry is often reduced slightly because of heavy components such as batteries. Additionally, high payloads can reduce the available range, just like aggressive driving and cold weather use.

There's no doubt that electric vehicles are kinder to the environment than petrol and diesel alternatives. However, critics point out that even though renewables (eg wind and solar) are on course to overtake fossil fuels (gas and coal) for the first time as the UK’s primary electricity source as early as 2020, for now most electricity is produced by gas, coal and nuclear power stations.

All new vehicles depreciate the moment they are driven off the forecourt. There has been a question mark over the residual values of electric vehicles, but industry experts expect this to change as the initial cost of EVs becomes more affordable and the charging infrastructure and battery technology improves. In short, the gap is closing between EVs and conventionally-powered vehicles.