What to do if you fail your driving test

If you’ve failed your driving test, that doesn’t make you a failure. In fact, overall pass rates have actually decreased a little to 46% after hovering around 47% for several years

With over 1.6 million driving tests conducted every year, that means hundreds of people in Britain are walking away from a failed driving test every day. If you're thinking: "I failed my driving test – what now?", our quick guide is here to help you pick up the pieces and get back behind the wheel.

The most common driving test fails

First things first: let’s look at the most common reasons people failed the new style driving test, which came in on 4 December 2017. Between then and 3 December 2018, the top reasons according to the DVSA were:

The top two on the list – not looking around enough at junctions and not using mirrors correctly when changing direction – were the cause of 368,047 test failures. These faults tie in with the fact that 39% of accidents in Britain in 2017 were caused by the driver not looking properly.

Mark Winn, Chief Driving Examiner, said: “It’s vital that learners can drive safely and have the skills to drive on all types of roads before taking their test. The driving test helps get drivers ready for a lifetime of safe driving and makes our roads safer for all.

“Failing to look properly at junctions is the most common serious or dangerous test fault and the largest cause of accidents in Britain. Good observation, including proper use of mirrors, is a crucial skill that drivers must learn.”

Give yourself a break

If you’ve failed your driving test, give yourself a break – because let’s be honest, there’s absolutely nothing natural about driving a car.

Just like riding a bike or playing a musical instrument, learning how to do it takes time and practice, and some people will get the hang of it faster than others. Some people cope with nerves differently, too, and nerves are a huge influencing factor in any kind of test or exam.

The DIA (Driving Instructors Association) said the main reason people fail is because they feel unprepared, whether this is a result of not having professional tuition or just learning the test routes and nothing else.

The association said: "This will limit their experience and exposure to more complex situations, meaning they won't be fully equipped to think for themselves and handle situations under their own steam."

Get back behind the wheel

Failing your test can feel like a huge blow to your confidence, and it can be tempting to have a few weeks off to get over it. The problem with this is skills fade: the longer you spend away from the car, the more you'll forget how to drive at a high standard. Try not to leave it more than a few days before arranging your next lesson.

As we've already mentioned, driving test failures are common in the UK and those of us who fail do so for the same reasons.

Take a look at the top reasons people fail their driving test and see how many you identify with; when you're preparing for your next driving test, make sure you feel completely confident with these moves.

Leaving it too long also allows those nerves to creep back in. Obviously, you'll be nervous on test day no matter what, but getting in plenty of practice and as much experience of different driving situations will really help.

Too help you stay calm on test day we've put together this guide on how to calm those test day nerves so you can concentrate on the job at hand. 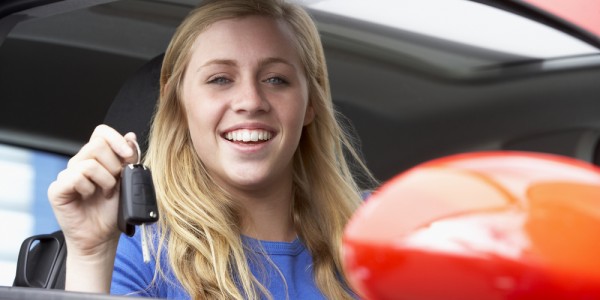 Your driving instructor won't suggest you book a test until they feel you're ready, so if they've suggested it previously, they obviously rate your chances of passing fairly highly.

When you're booking your re-test, you need to choose a date at least 10 working days away, but may want to leave it longer. Re-booking is exactly the same process as first time around.

On the day itself, your examiner won't have a record of your previous test, so they won't be trying to catch you out. And if it's the same person, don't worry – they conduct lots of tests, and probably won't remember your previous one.

In the last year, 39,627 men had to sit their test six times or more compared to 63,776 women, so you really shouldn’t worry about not passing first time!

Get lots of extra practice

Chat with your driving instructor about having some extra lessons before your re-test, to tackle any problem areas the examiner identified during your first attempt.

These might be about observation, control of the car or something else – you should be given a copy of your driving test report outlining where you've gone wrong. Your instructor can also provide pointers on how to overcome driving test nerves.

You can supplement your lessons with extra experience in someone else's car. Slap on some L-plates, arrange insurance (you can get instant cover with Veygo by Admiral's short-term Learner Driver Insurance) and away you go. You'll need to have an experienced driver in the car with you – this guide to supervising a learner driver contains the information you need.

How to dispute a driving test result

There are some circumstances in which you can dispute a failed driving test result, such as if you believe the examiner hasn't conducted the test in line with the regulations, or has discriminated against you. There are more details here.

Even if successful, you won't be given a pass certificate and will have to retake your test, but you could recoup any out-of-pocket expenses (like the cost of rebooking your test, and the use of your instructor's car) if the complaint rules in your favour.

If you still need a little cheering up after failing your test, take a look at the UK's best and worst drivers.

How to learn to drive on a motorway

The 10 cheapest cars for learner drivers to insure