Everything you need to know about speed cameras 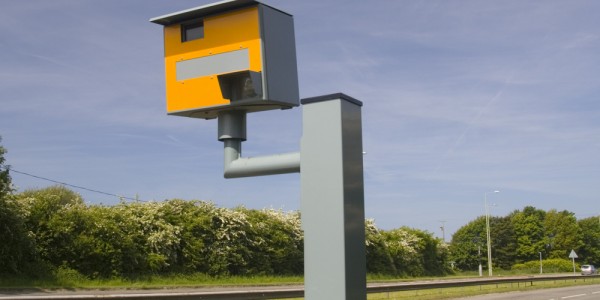 Speed cameras – sometimes called ‘traffic cameras’ or ‘safety cameras’ – have been around since the early 1990s and it’s safe to say they divide the opinions of many motorists across the country.

Whatever your views might be, speed cameras have proved to play an important role in the safety of our roads, so it’s important to separate the facts from the myths when it comes to speed cameras, ensuring you’re in the know and on the right side of the rules.

Why do we need speed cameras?

A survey of 2,000 motorists by Admiral found 66% of people admit to knowingly speeding, with the majority of those asked suggesting the motorway speed limit should be increased to 80mph, but according to statistics from Royal Society for the Prevention of Accidents (RoSPA), 26% of deaths on the road are a result of motorists speeding.

RoSPA also argue, drivers aren’t as likely to react quickly to their surroundings when travelling at such high speeds. Speed camera locations are generally in areas renowned for accidents or where drivers are known to drive at high speeds.

The cameras act as a deterrent and are also a way of catching those motorists who break the law and endanger others through high speeds. Most cameras in the UK are operated by partnerships formed from regional authorities and the police, with the money from speed camera fines going back into these authorities to fund local schemes.

What are the different types of speed cameras?

Mobile cameras: Increasingly popular on large highways and motorways, mobile speed cameras are usually run by local police forces and target frequent accident spots. These can work from within vans and cars or can be operated manually using radar guns by officers at the side of the road.

Average speed cameras: This type records a time stamp as you drive between two cameras, calculating your average speed. These cameras are most commonly found on motorways, especially when road works are taking place.ety for the Prevention of Accidents (RoSPA), 26% of deaths on the road are a result of motorists speeding. Find out how

Variable speed cameras: Similar to average speed cameras, the variable type are used increasingly throughout smart motorways that have opened up in recent years across the UK. These are used to prevent traffic and congestion, but aren’t in use at all times.

Can I find out where speed cameras are located?

Various websites allow you to search for fixed camera locations in your area, or in any region you’re planning on driving through.

If you’re looking to find out where mobile speed cameras are going to be on a given day, many speed camera partnerships publicise their whereabouts online through updates and press releases. The same goes for fixed speed cameras and red light cameras too.

Alternatively, speed camera detectors (and other similar technology) can let you know about locations through alerts and notifications.

Is there a way to detect speed cameras when I’m on the move?

With the evolution of technology, it’s become easier than ever to obtain equipment that notifies you of camera locations while you’re driving. Speed camera detectors were the first piece of kit that gave motorists a warning (via a sound alert) to avoid being caught by safety cameras while driving.

Since then, many sat navs – and now, increasingly, dash cams too – have built in systems which notify motorists of nearby cameras. Mobile apps are updated even more regularly and allow for specific location of traffic cameras.

What is the penalty for speeding?

This is particularly true for mobile speed cameras, as it is down to the judgement of the operator (usually a police officer) at the time as to whether to issue a fine or not.

Simply, the best advice is not to speed and to ensure you’re driving safely. This way, you’ll never have any issues with speed cameras or speed camera fines and you may find you don’t even notice they’re there.

How do penalty points affect your insurance?

Tougher speeding fines in place in England and Wales