As homes become integrated with smart TVs, smart meters and smartphones, even the UK motorways are now becoming “smart” 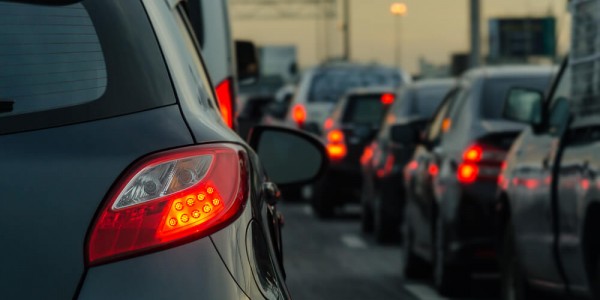 Smart motorways, known previously as managed motorways, have existed in the UK since 2006 when the M42 in the West Midlands became a controlled motorway and more existing highways are being upgraded to become smart motorways.

So, what are smart motorways?

Highways England states that a smart motorway is a motorway that “uses technology to actively manage the flow of traffic.” A motorway becomes “smart” by using traffic monitoring technology such as Closed Circuit Television (CCTV) cameras which monitors 100% of all smart motorway lanes, including the hard shoulder, and vehicle detection technology such as Radar Vehicle Detection, which monitors the flow of traffic and helps identify the start of congestion so that traffic keeps on moving at a steady rate.

Another type of vehicle detection technology is an induction loop, whereby loops are cut into the road and calculate the vehicle’s inductance as it drives over the loop to determine its speed. The information gathered from both the CCTV cameras and the radar equipment is transmitted to Regional Control Centres via long lengths of cables bundled inside purple pipes mounted along the central reservation.

What types of smart motorways are there?

There are three types of smart motorways currently used in the UK:

How many smart motorways are there in the UK?

How do smart motorways work?

If traffic is starting to build up along a HSR motorway, then an operator at the Highways department can open up the hard shoulder to ease congestion and impose a variable speed limit along all lanes to keep traffic flowing. To ensure everyone is adhering to the speed limit, speed cameras are installed on gantries overhanging across all lanes. If an emergency situation arises, for example on an ALR motorway, then a lane can be closed to everyone except emergency vehicles. This ensures that the incident is dealt with as quickly and safely as possible.

What are the benefits of smart motorways?

Highways England state that smart motorways have improved journey reliability by 22 per cent and personal injury accidents have reduced by more than half. The use of variable speed cameras at regular intervals means that speeding is strongly discouraged and drivers maintain a safe distance from the car in front, preventing the likelihood of accidents.

There is also an environmental advantage of a vehicle travelling at a constant speed compared to one which is in stop-go traffic and is accelerating and braking inconsistently. Many economists believe that smart motorways have a positive impact on businesses and the economy as a whole since they improve transport links between the North and South regions and the East and West regions of the UK. This encourages businesses to travel outside of their own regions and conduct business transactions in areas of the country that they may not have done otherwise.

The Department for Transport estimates that if the UK does not improve its highways to combat congestion, then by 2040 the average cost of congestion will cost the UK £10bn a year.

What are the drawbacks of smart motorways?

Whilst smart motorways have benefits once they have been fully installed, the construction phase of smart motorways usually leads to an identical or an increase in traffic congestion since one or more lanes are closed for work to be carried out on them. A current example of this is the traffic along parts of the M60 motorway which is being upgraded to a smart motorway alongside other motorways in the North West.

Many people feel that smart motorways require huge sums of money to develop and maintain for only a short length of the motorway network. For example, the North West motorway upgrade will cost £1.5bn for 80 miles of road to be upgraded and similar budgets have set for related projects in other parts of the UK.

If a smart motorway is to cut inductive loops into the road then longer delays are to be expected than if radar technology is used. Additionally, maintaining inductive loops has an increased cost to the taxpayer since they will need to be replaced if damaged or worn away over time.

There are also environmental and safety concerns regarding ALR motorways. Many campaign groups cite that utilising the hard shoulder as a permanent lane increases traffic along that stretch of the road, therefore increasing air pollution. Campaign for Better Transport (CBT) argues that removing the hard shoulder increases the chances of some car accidents by three times.