Dash cams are becoming more and more common, so in this guide we’re answering some of the frequently asked questions

What is a dash cam?

A dash cam (short for dashboard camera) is a small camera you fit inside your car to record the road when you’re driving.

There are four types of dash cam:

How do dash cams work?

How your dash cam works depends a lot on the model you have. They generally work by recording footage on a loop, saving new recordings over old.

Most are wi-fi enabled to make it easier to transfer footage to other devices, and some have an accompanying app for ease of use.

Some dash cams have a built-in sensor that picks up any sudden changes in G-force, for example if another car collides with yours. The camera will then save a clip of the incident so the footage isn’t overwritten.

Other models have a parking mode, where recording starts if the camera detects a bump while you were parked.

Dash cams are legal in the UK, and there are no specific requirements for their use.

One important thing to bear in mind is you must make sure any other users of your car are aware if your dash cam records the inside of the car, especially as most record sound too. It’s a breach of privacy laws if someone using your car doesn’t know they’re being recorded.

How much is a dash cam?

Dash cams vary widely in price, with the most basic models starting at around £20. At the upper end of the scale, the price can be anything up to £400 for those with the most features.

When you’re considering which dash cam to buy, the quality of the footage should be the most important thing on your mind. Any other features are just nice to have.

Where to put a dash cam

Ideally, your dash cam should sit behind your rear view mirror. That way it’s in the middle of your windscreen so it can record both sides of the road, but it won’t block your view.

If this isn’t possible because of the way your car is designed, you may need to place it elsewhere. The Highway Code states: “windscreens and windows MUST be kept clean and free from obstructions to vision” and UK law states your dash cam shouldn’t sit more than 40mm into the area your windscreen wipers cover.

It’s vital your dash cam doesn’t block your view when you install it. If it’s found that your dash cam blocked your vision or distracted you and you’re involved in an incident, it could be counted as your fault. 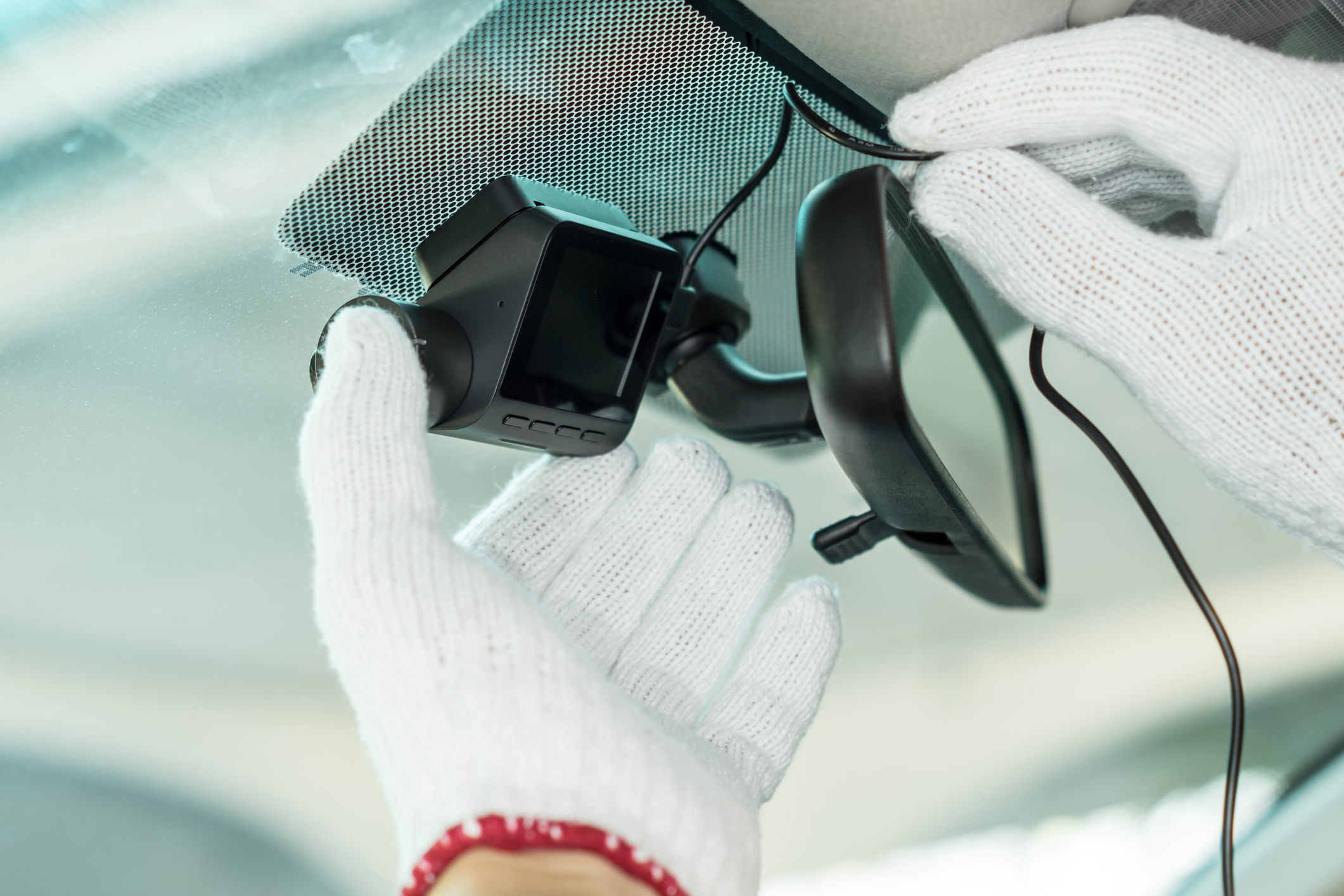 How to fit a dash cam

When you’ve decided where to place your dash cam, there are two ways to install it in your car:

The former is the easier option while the latter is the neatest, as the wires are hidden away. Most dash cams come with a lead long enough to tuck out of the way, around the edge of the windscreen and round to the cigarette lighter. Don’t just plug it in and leave the cable dangling as at best it will be annoying and at worst it could prove distracting and even dangerous.

There are plenty of guides online explaining how to hardwire a dash cam, but if DIY isn’t your thing, places like Halfords will do it for you.

The dash cam itself usually attaches to the windscreen with a suction cup.

Do dash cams work when the car is off?

The quick answer to this is that some dash cams do work when the car isn’t running, but most don’t. So if it’s important to you that you have a dash cam that still records when the engine is switched off, make sure you do your research and choose one that includes that option.

Are dash cams worth it?

Some insurers (including Admiral) will use dash cam footage if it’s available when you make a claim after an incident, as it can often help work out who was at fault.

Footage from your dash cam can also help protect you against a fraudulent claim – as it saves automatically and can’t be tampered with, it can offer a bit of peace of mind if things go wrong.

Buying a dash cam is a personal choice, but if you do get one it’s the kind of thing you hope you’ll have running in the background but never need to actively use.

What you need to do after a car accident