Car insurance for men and women

Admiral do not differentiate between insurance for men and women 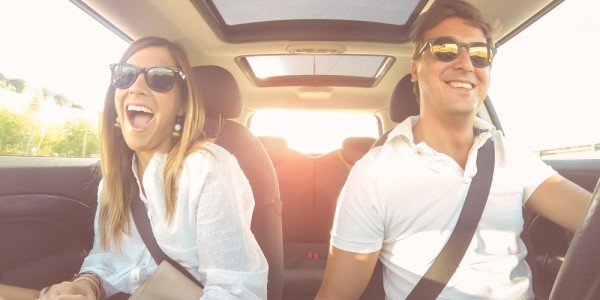 Car insurance quotes for women used to be cheaper than they were for men. Female drivers generally have fewer major accidents on the road and make fewer high value claims, so they were automatically rewarded with lower premiums.

That was until 2012, when a European Court of Justice (ECJ) ruling made it illegal for insurance companies to take gender into account when calculating premiums.

Female drivers sometimes pay less for their premiums than men, the system of calculating insurance is fairer because it’s not based on gender but on other criteria that reflects drivers’ behaviour.

While insurance companies don’t discriminate on the basis of gender when setting premiums, they do take into account key factors that reflects an individual’s driving behaviour – such as:

A car’s speed, security, features and value play a big part in how much it costs to insure it. For example, a pricey sports car, which would be expensive to repair or replace, will cost more to insure than a 1.0 litre run-around.

The faster and more powerful it is, the more likely it is to be involved in an accident – so generally, the larger your engine, the higher the insurance costs. Desirable cars are more at risk of theft, which is again reflected in the cost of the premium.

This means there’s likely to be cheaper car insurance for women who drive smaller, economical cars – as they’re less likely to be damaged or stolen. Check out our guide to the cheapest cars to insure.

Generally, the more experienced the driver, the less likely they are to have an accident. The statistics show that young drivers make the most claims, so when the ECJ ruling was passed in 2012, older and more experienced female drivers were largely unaffected.

As well as having fewer convictions and penalty points than men, female drivers have fewer accidents and claims. That means a higher proportion of women will have a substantial No-Claims Bonus discount, reducing their insurance premiums even further.

Road casualty statistics show a big difference between men and women when it comes to road safety in the UK. Here are some key facts from the study by road safety charity Brake.

The same Brake study found that there’s also a difference in male and female travel habits, with women driving more often, but men driving further – male drivers travel around twice as many miles than female drivers every year.

In terms of driver attitudes, 51% of men think they are safer than the average driver, while only 39% of women do – and women are more likely than men to worry about someone close to them being killed in a road accident. Plus, men are more likely to think the speed limit is ‘too slow’ on motorways, dual carriageways and rural roads.

Overall, insurance companies no longer look at gender when calculating insurance premiums. The price of insurance is set according to concise data that reflects a driver’s individual behaviour and characteristics – ranging from their choice of vehicle, to their occupation, and their experience behind the wheel.

This approach to insurance pricing means the price you pay is more about you as an individual.