Vans for couriers and delivery drivers: what you should know

The Coronavirus pandemic, lockdowns and the fact that most of us have changed the way we shop has led to a boom in the home delivery market

From supermarkets to takeaway meals, from Amazon to Hermes, from DHL to DPD – all have become increasingly familiar on our streets.

This has led to a huge demand for drivers and ultimately vehicles to get these goods to our front door. Many drivers are self-employed and use their own van for their work.

Here are a few hints and tips for anyone about to embark on one of these new roles who needs a van, wishes to improve their existing vehicle or wants to swap it for a nice new (or used) one.

Get the spec right

If you’ll be spending 10 hours a day jumping in and out of your van maybe over 100 times, you really need to make sure you’ve covered all the bases.

And it goes without saying – don’t forget your van insurance!

It’s probably stating the obvious, but you’ll need to know just how much volume you’re going to need. Daily runs will probably vary but you’ll need something that will cope with a reasonable worst case scenario.

Don’t go too big though – the van will be less maneuverable and harder to park. Too small? You might still get the parcels in, but you’ll have no room to move them around, and finding an elusive package could be tricky.

Larger versions of the same van model have a lower payload. All that space in your new big van is just asking to be filled, but it’s very easy to overload.

If you’re likely to be regularly carrying heavy packages or parcels then balancing volume and payload is a fine art. You really need as much detail as possible from your operator/franchise as to the profile of the loads.

As you’re accessing the loadspace more frequently than any other type of van operator, this is another aspect to get right. A wide side loading door is a must (maybe think about a second side door?) and the rear doors should have heavy duty restraints. Consider 270-degree opening doors which fold back to the van sides giving the greatest accessibility.

Fully electric vans used to be impractical, but they’re becoming more viable for couriers – Amazon, for example, are rolling out electric vans for their delivery drivers.

Otherwise, you’ll probably have to go with diesel. If you’re operating in urban areas, you’ll probably be wasting your money going for a high-powered version but beware choosing a low output motor. Not only will the poor acceleration with a full load be tiresome, but they often use more fuel.

There’s a reason that most supermarket delivery vans are fitted with automatic transmission – driver fatigue. Seriously consider going automatic if you can, especially when buying new. Technology has improved so much that they’re often more economical than the manual versions.

Although a standalone unit is fine, an integrated satnav is a real bonus to the courier and delivery driver. Embedded into the van’s multimedia screen, it’ll make those hard to find drops a doddle, without obscuring the windscreen. Also consider a high spec driver’s seat and air conditioning.

Although modern vans have a high level of security, high value loads may justify some additional hardware.

For the delivery driver who wants to avoid opportunistic thefts while his back is turned, secondary door locks that need the key to open but which slam shut may be worth considering.

Which is the best van for the job? 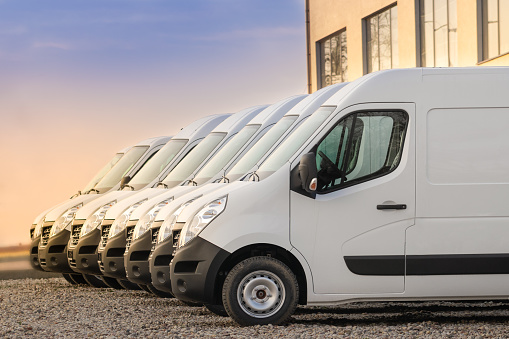 New or used, there’s lots of choice out there. Here’s a quick summary of models that might be on a parcel delivery driver’s shortlist: 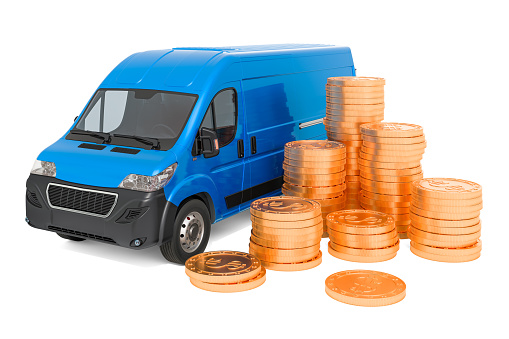 New or used, there are a number of ways to fund that van. It’s worth looking at options being offered by the dealer – typically these will be hire purchase or some sort of lease arrangement.

For new vans, talk to some brokers about leasing or contract hire. You’ll need to think about whether you want to own the van at the end of the period or hand it back as if it had been rented.

Deposits differ wildly and your VAT status may have some bearing on what might be best for you. Also, bear in mind that the lower the deposit, the higher you’ll need to score on any credit search, especially if your business is new. Talk to your accountant for guidance.

Van drivers still using their phones behind the wheel