How to avoid paying parking fines

Returning to your car only to find you've been slapped with a parking is frustrating to say the least. Find out how you can avoid fines and when you just have to accept that you're in the wrong... 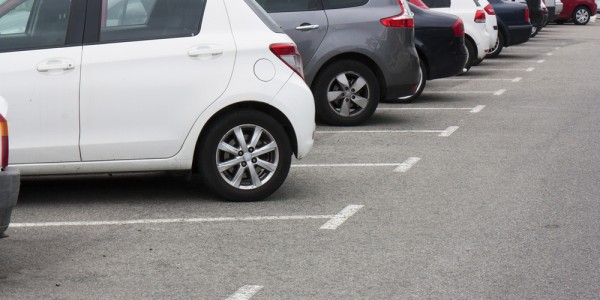 You’ll be very lucky, or very cautious, to get through life without getting a parking fine. For most new drivers they’re almost a rite of passage.

Whether it’s because we skip that section of the Highway Code, or we read the little blue book too long ago to even remember, parking fines can darken the best of days.

Here are a few of the more unusual ways you could end up with the dreaded little envelope on your windscreen.

Not many people know you could be fined up to £1,000 for parking on the road at night if you’re not facing the direction of the traffic – even though it’s perfectly legal during the day.

This is because the rear reflectors on the back of a car make it visible to oncoming drivers in the dark. The rule only applies when you’re not parking in a designated area, though remember you can still be stung if someone else parked the car and you could have moved it.

Keep the lights on

At night, you must always put your sidelights on when parked on the road or in a lay-by with a speed limit above 30mph.

Permanently out of bounds You’d be surprised how many people are fined, and/or see their vehicle clamped or impounded, because they have parked in a strictly prohibited spot.

Places include, but are not limited to:

Know the rules on pavement parking . . .

It’s not illegal to park on pavements but you must not block it for wheelchair-users, prams and other pedestrians are unable to get through.

While some residential areas have narrow pavements and roads because they pre-date cars, choose where you park carefully. Although you won’t get fined under the current laws, your vehicle could be towed away if it is causing an obstruction.

But the rules are different for Londoners. Under rule 244 of the Highway Code, it’s forbidden to park either ‘partially or entirely’ on the pavement in London unless signs state otherwise. Break the law and you’ll be liable for a £70 fixed penalty charge.

Earlier this year, the Local Government Association called on the government to give councils similar powers to impose a ban. The Scottish government is also on track to introduce similar rules across the country.

You may not encounter them every day, but there are a few strange parking rules to consider.

In the village of Clovelley in Devon, for instance, driving is completely prohibited – you’ll have to get a donkey instead. As far as we know, nobody has been fined for parking one illegally . . . yet.

We’ve all done it – given your parking ticket to the next person if there’s time left on it. A good deed certainly, but car park operators take a very dim view of this nicety. A shopper from Portsmouth found out the hard way when he was given a £90 fine from a private parking company.

Struggle staying within the lines?

If you’re ever tempted to use two parking bays instead of one – perhaps to avoid door dents and scratches, you too could be handed a penalty, even if you pay for two bays. Recently, a Ferrari driver lost his appeal when he landed a £90 fine for not parking within the lines.

Rule 245 of the Highway Code underlines the importance of parking ‘within separately signed and marked bays’ – although in reality, it’s probably down to the discretion of the local authority or private parking provider whether they issue a penalty notice. While the amount varies according to where you have parked, fines generally range between £70 and £90.

To help you avoid a hefty fine, we asked a team of motoring solicitors from law firm Rothera Sharp to shed some light on how you can appeal your parking ticket.

How do I appeal a parking ticket?

There are different types of parking ticket that can be issued, and the type of ticket you get affects how you can appeal.

Fixed Penalty Notices are issued by the police and apply to red routes, white zig zags or other areas where the police manage parking. You may be able to appeal a ticket where:

What should I include in my appeal?

Give as much evidence as possible in your appeal as it’ll give you a greater chance of being successful. You could include a valid pay and display ticket, photos showing there were no road markings to restrict parking or that signs were hard to see or difficult to understand.

A witness statement letter from someone who was with you explaining what happened or a repair note if your car broke down would also be useful. Other important information to include is the date the ticket was issued, your address, your vehicle registration number and the penalty notice number.

What are the risks of appealing a parking fine?

There are some to think about, expense being one. Often you can pay half price if you cough up within 14 days of the ticket being issued.

Making an informal appeal by contacting whoever issued you with the parking ticket is free of charge, and even if you lose a PCN appeal most councils will still let you pay just the discounted rate at this stage.

However, if you go on to make a formal appeal and lose you will definitely pay the full fine, so it might be worth going all the way and appealing to an independent adjudicator, at which point 56% of cases usually win.

You could end up in court if both appeals are rejected, the independent tribunal disagrees with your appeal and you then refuse to pay.

This could impact on your credit rating and will result in you having to pay court costs. However, recent research by Which? found 57% of drivers surveyed who appealed a ticket, won their case. There was a 60% success rate for council tickets and 54% for appealed tickets from private companies.