Your pet cat is as much a part of the family as anyone else, so it’s always concerning if they fall ill.

Some breeds are more likely to suffer from certain health issues than others, so we’ve put together this guide to help you understand the kinds of cat ailments you might need to deal with. We’ve also included a glossary of all the medical terms at the end.

We’ve used data from our pet claims, and it’s important to bear in mind that this is based on averages. Depending on the condition your cat has and the treatment it needs, any costs may recur or increase.

We know you’ll want to do everything you can to keep your pet healthy, so make sure you take your cat to the vet if you’re at all worried about them. And a pet insurance policy will give you extra peace of mind and help deal with vet bills.

The Bengal is a fairly new breed that first came about when an Asian Leopard Cat was crossed with a domestic cat. The hope was to create a breed that would be a great family pet, but with the exotic looks of a wild cat.

As you might expect, it usually has a distinctive marbled or spotted coat that’s short but thick and luxurious.

The Bengal cat is friendly, playful and intelligent. They’re very vocal and easily bored, so they need plenty of distractions and toys to keep them occupied.

The Bengals insured with Admiral suffer from the following ailments:

Bengals can be prone to other issues including:

The Ragdoll cat is beautiful, with blue eyes and a silky, long grey coat, often with markings on the face, ears and legs. Because of the length of their fur, they need weekly grooming to detangle it.

They tend to be placid and friendly, making them great family pets. They aren’t usually very active, but they’ll follow you around the house to be near you.

We’ve found the top two conditions among Ragdolls to be:

Other Ragdoll cat health issues include:

When looking for a kitten, it’s a good idea to check the medical history of its parents and grandparents for any health problems that are likely to be passed on. 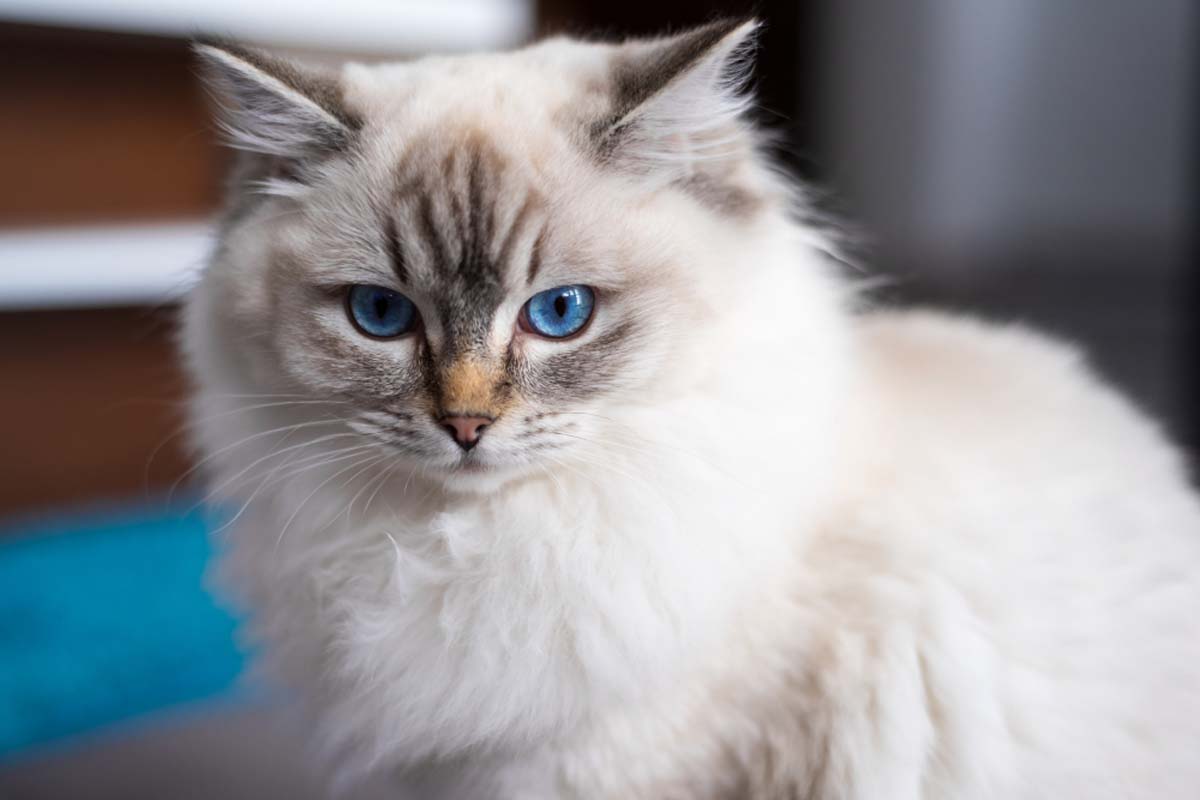 The British Shorthair is a fairly large breed of cat with rounded features. It has a short coat that comes in a huge variety of colours and patterns.

It’s a pretty low maintenance cat as it requires grooming less than once a week and isn’t very active. This breed doesn’t demand a lot of attention and is generally quiet too. They have very loving and affectionate personalities, and they’re good with both people and other animals.

The British Shorthair generally has good health and there are few conditions it’s prone to, but there’s a small chance of cats of this breed developing polycystic kidney disease. (They’ve been bred with Persian cats in the past, and this is a condition Persians often suffer from.) It may be more likely to develop hypertrophic cardiomyopathy too.

The Birman is a semi-longhaired breed of cat with a pale body, white feet and darker face, legs, ears and tail. It also has striking blue eyes. Twice-weekly grooming is enough unless your cat is shedding, in which case it’ll need to be upped to daily.

They love people and will follow you around the house. Your Birman will curl up on your lap if it gets the chance, but other than that they’re more likely to be on the floor rather than jumping up or climbing on anything. They’re happy to play with toys although they’re not particularly active otherwise.

The only specific Birman cat health concern is kidney disease. The blood tests of young Birman cats have shown impaired kidney function and some then go on to develop kidney failure.

Persian cats are a calm and gentle medium-sized breed of cat. They don’t tend to be very active or energetic and are usually content to sit quietly. Your Persian cat probably won’t seek out your attention but will appreciate it when they do have it.

They have long fur which requires a big time commitment from their owner. They need daily grooming, since they have a thick undercoat that they can’t groom properly and keep free from matts on their own.

Persians are brachycephalic, meaning they have a flat face which can cause breathing problems. Common ailments for Persian cats include:

Other Persian cat health problems include:

The Siamese cat has a very distinctive look: a long, slim, athletic body, with large, pricked ears and a long tail. They’re very active, vocal cats that demand a lot of attention.

The Siamese has a short coat, with a pale body and much darker face, tail, legs and ears. Originally, this was a cream body and dark brown points, but other breeds were introduced to the mix, widening the range of colours. Their eyes are always blue, whatever the colour or pattern of their coat.

We’ve found Siamese cats to be prone to the following conditions:

This breed tends to have a long lifespan (there have been reports of cats living into their twenties), but they can also be prone to: 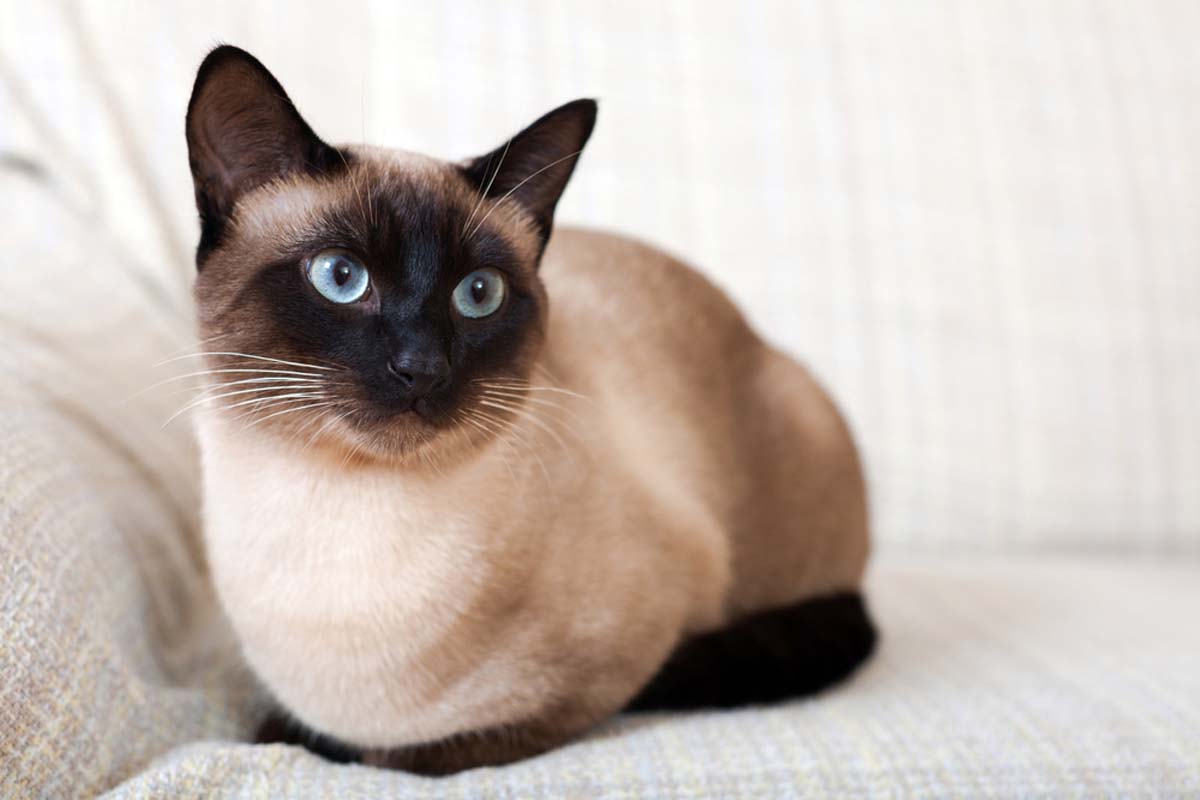 This breed has the same gentle and affectionate personality as the Persian without being as energetic as other shorthaired breeds. The Exotic Shorthair is perfectly happy to be at home by itself.

The most commonly claimed condition for this breed is urinary disorder, which has an average treatment cost of £181.24.

As this breed is brachycephalic (flat faced) like the Persian, it has potential for breathing problems and issues with its face. Other health concerns include:

Doing all you can to keep your pet healthy is vital, especially as vet bills can be expensive.

Half of animal-loving Brits have taken annual leave to look after a sick kitty or poorly pooch. Take a look at the figures in our Pawly Pets campaign.

Catastrophic cats vs disastrous dogs: Who causes the most damage?

How to treat a pet with anxiety

Give your cat or dog the cover they deserve