Driving in Britain with a non-UK licence

The rules around driving in the UK with a foreign licence can be a little confusing. Make sure you’re on the road legally with our guide for non-UK licence holders 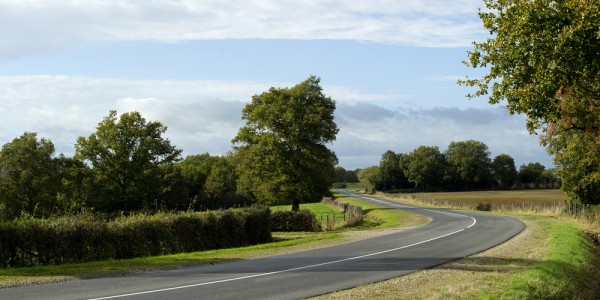 Can I drive in the UK with a foreign driving licence?

Rules around driving licences can be tough to understand, which is why we wrote a guide to explain all about the different types of driving licence out there. However, they can be tougher still if your licence wasn't issued in the UK.

First off, you’ll need to meet the minimum age requirements for driving in the UK. You need to be at least 17-years-old to drive a motorcar or motorcycle and age 21 for lorries and buses.

If you’re just visiting the UK for a short period of time you should be fine to use your foreign driving licence to drive. However, if you intend to stay for over a year or more, you might want to think about exchanging your licence for a UK one.

Depending on the country your licence was issued in, you might have to re-sit your driving test in the UK.

To help you get on the road legally, we’ve found out what you need to know about each type of licence.

If you hold a full licence issued in a country within the European Union you can drive in Great Britain using your original licence until it expires. What’s more, there’s no need to exchange it or retake your driving test. The same applies to those with a European Economic Community (EEC) licence.

Your licence will expire when you turn 70, but if you’re 67 or over when you become a UK resident you can drive for three years. After this time, you must exchange your licence.

After this period, you must exchange your licence to keep on driving. You can exchange it up to five years after becoming a UK resident (if it hasn’t expired) without having to retake your driving test.

The same rule applies for holders of driving licences issued in Jersey, Guernsey, Gibraltar and the Isle of Man.

If your licence was not issued in the EU or a designated country, the DVLA states you can drive any category of small vehicle (motorcycles, cars, vehicles up to 3,500kg such as vans, or with up to eight passenger seats) in the UK on your original full, valid licence for 12 months.

If you want to carry on driving in the UK after this point, you’ll need to apply for a UK provisional licence and pass the UK practical test. You’re not required to take any driving lessons in the UK before taking the test, but you might find it helpful to get familiar with The Highway Code and brush up on your driving skills.

How to exchange your foreign driving licence for a UK one:

Order the application form D1 from the DVLA and send the form with the required documents (including your original driving licence) to the address on the form. Your new UK driving licence should arrive within three weeks.

Bogdan Marinescu had a full Italian driving licence and, as an EU licence holder, he was able to drive on it without restrictions until it expired. However, having moved to the UK with no plans to move elsewhere in the future, he decided to exchange it. He said: “There are several benefits for exchanging it; I had long-term plans to stay in the UK so it made having a UK licence more practical, from insurance costs to speedier checks if pulled over during a routine stop, for example.”

And was it an easy process? “I just downloaded the form online, paid the exchange fee and sent the application along with my old driving licence. A couple of weeks later I remember receiving my new licence in the post.”

Any downsides? “I do admit, it was a bit of an emotional break-up, so much so that I had to take a picture of my old Italian licence!”

Do I need car insurance if I have a non-UK licence?

Having car insurance is a legal requirement in the UK, even if you’re only planning on driving occasionally or are staying for a short time.

The minimum legal requirement of cover is third party insurance, which means you’re covered if you have an accident and cause damage to another person, vehicle, animal or property. This doesn’t cover any other costs like repairing your own vehicle.

If you’re a visitor to the UK and will be borrowing a friend or relative’s car, you must be added to their policy as a named driver.

Admiral offers cover to drivers from all around the world. If you haven’t arranged your cover you can get a quote for your car today.

The DVLA has an interactive tool so you can check if you can exchange your licence to a UK one.

Note there is a different process to get a Northern Ireland driving licence.

Which type of driving licence do you need?