The best driving roads in the UK

Want to set off on a road trip this spring but not sure where to go? We've planned it for you

There's no better time to enjoy the UK’s great roads than in the spring. Winter is already a distant memory, while summer holidaymakers are some way off.
We are blessed with some of the best driving roads, so whether you want to amble through lush countryside enjoying panoramic views or tackle challenging routes with hairpin bends and multiple elevations, there's something for everyone.

We've selected some of the most memorable routes, but it's been tough choosing because there are gems dotted all over the country. So dust off your road atlas, programme your sat nav, fill your flask and head off for some motoring fun... 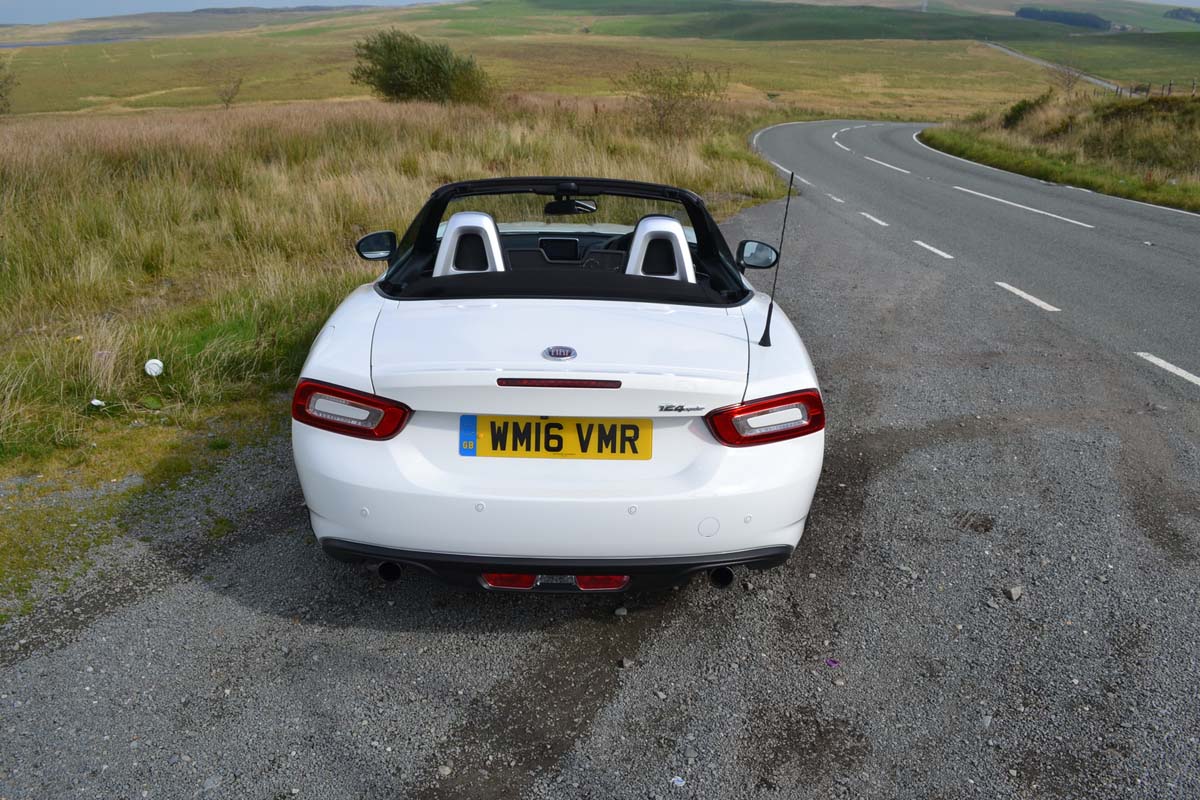 Named after the performance car magazine, EVO, this challenging 20-mile route in North Wales is a great place to test cars - and drivers. The EVO Triangle is formed by the A5, the A543 and the B4501 roads and traverses the edge of Snowdonia, offering stunning views and great driving with its combination of hills and tight corners. The route starts on the A543 (just off the A5). You then head north along tight, sweeping bends before turning right onto the B4501, with its views of Llyn Brenig Lake.

The road then leads back to the A5 via the village of Cerrigydrudion. One note of caution, the police are aware of the route's appeal, so don't be surprised to see a mobile speed camera.

This breathtaking 140-mile road trip follows the A82 and takes you from Glasgow right up into the Scottish Highlands. Often called the gateway to the Highlands, it takes about three hours, but allow for much longer because you won't be able to resist the urge to stop off along the way to take in the amazing views.

The route takes you northbound on the A82, and on the way you will see Loch Lomond, Loch Ness and Ben Nevis - the tallest mountain in the British Isles.

You'll also pass through Tarbet, Crianlarich, Tyndrum and Rannoch Moor, before reaching Glen Coe. Then it's on to South Ballachulish and Loch Leven, before following the banks of Loch Linnhe to Fort William. 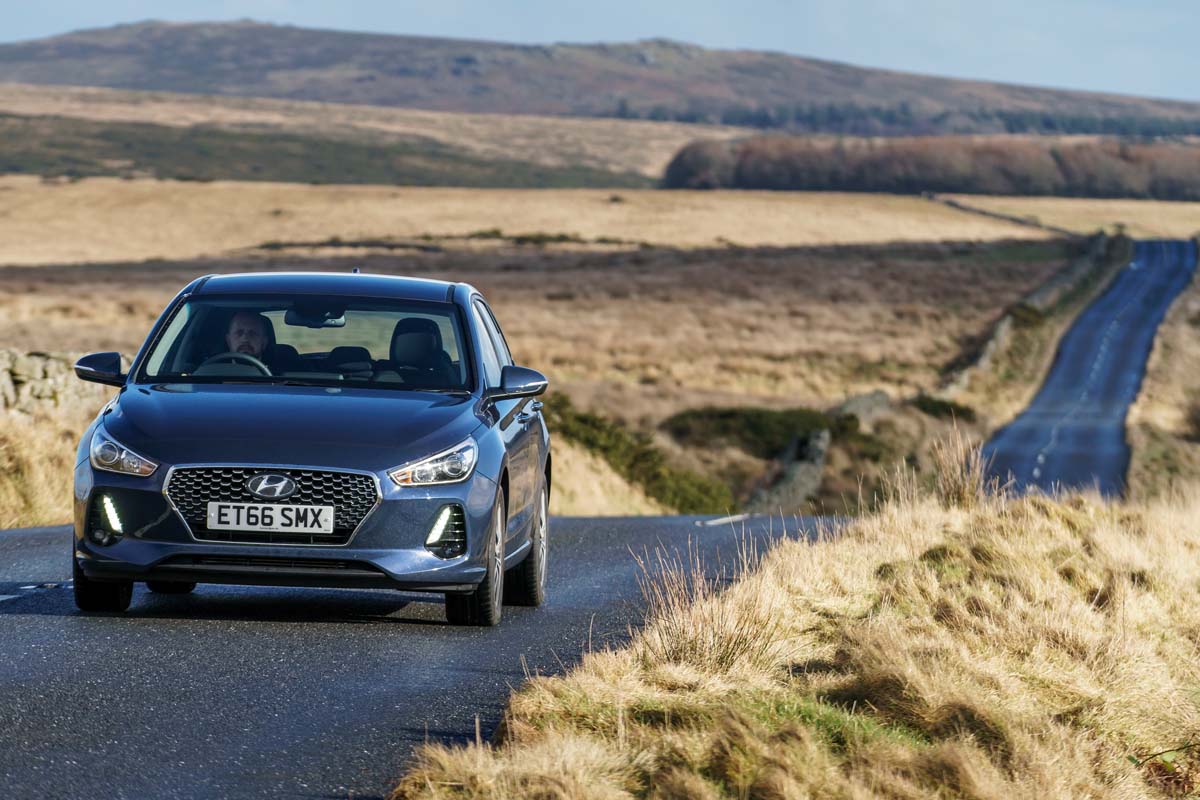 There's really just one route if you want to experience the wonders of Dartmoor, situated in the heart of Devon. Simply take the B3212 from the cathedral city of Exeter and this will guide you right across the middle of Dartmoor via Moretonhampstead.

Switch to the B3357 at Two Bridges and then follow the signs to Tavistock. Around 33 miles in all, you'll be rewarded with fast sweeping bends and undulations in an ancient landscape of stunning views, epic granite tors, deep wooded valleys with fast flowing rivers, and rugged open spaces. Just watch out for the Dartmoor ponies and sheep. 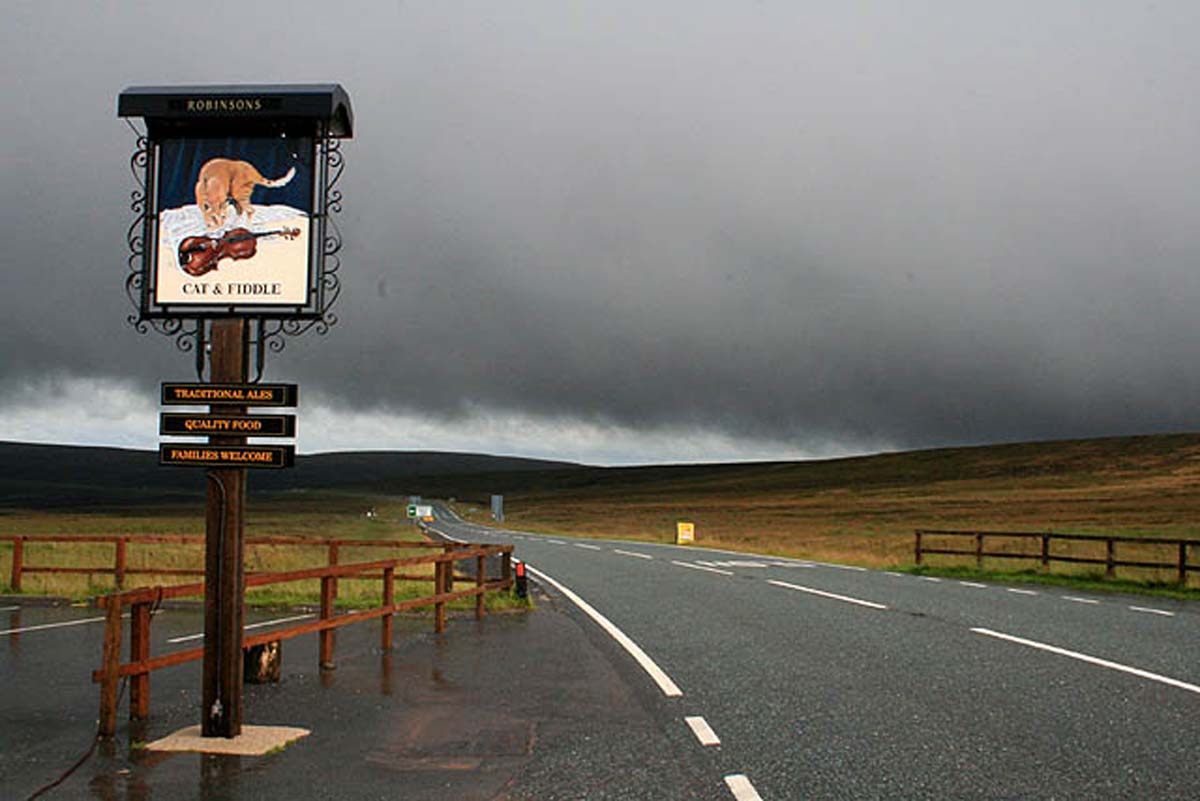 Named after the pub at the summit of this awesome section of road, this is one of the most famous and challenging routes in the Peak District. Taking you from Buxton in Derbyshire to Macclesfield in Cheshire, it's about 12 miles and takes less than 30 minutes. Start off on the A53, then join the A54 followed by the A537. Popular with bikers, it features a series of dramatic bends with steep drops to the side, so beware.

The views of open moorland are particularly stunning from Goyt's Moss. The choice then is whether to stop off for lunch at the Cat and Fiddle Inn (the second highest pub in England) before heading back to Macclesfield... 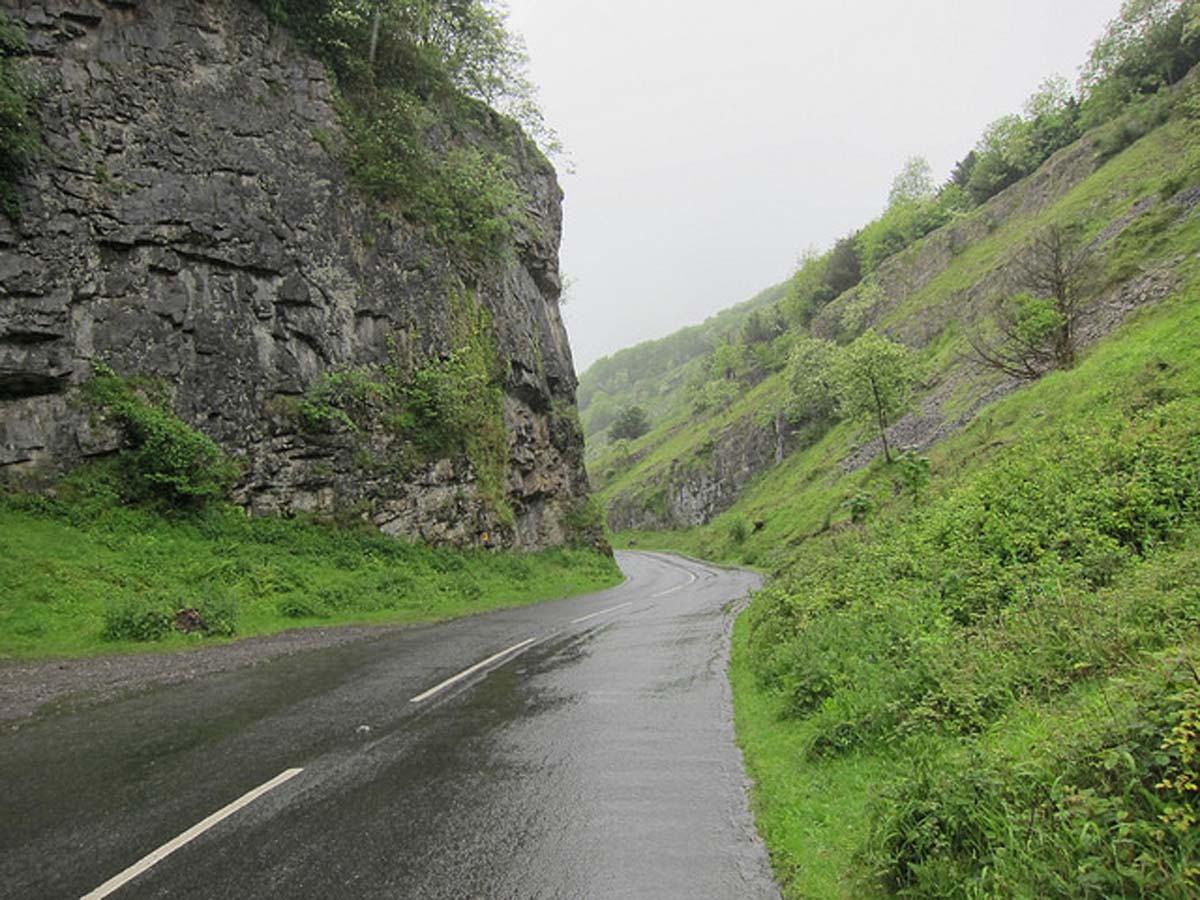 From its awe-inspiring cliffs to its extraordinary subterranean stalactite show caves, Cheddar Gorge in Somerset was forged some 1.2 million years ago and is one of our most spectacular natural landmarks. Cheddar Man - Britain's oldest complete human skeleton - was found in the caves, way back in 1903. If you stop off, take the 274-step walk to the Lookout Tower or enjoy the three-mile Clifftop Gorge Walk for awesome views. Our 14-mile journey starts in Cheddar and ends in Ashwick, and takes about 30 minutes.

The first section as you leave Cheddar is the most dramatic, offering incredible views of England's deepest gorge. The B3135 snakes through rocky outcrops as it climbs away into the Mendips. After the gorge, there aren't so many tight bends and the roads opens up so you can sit back and enjoy the countryside passing you by. 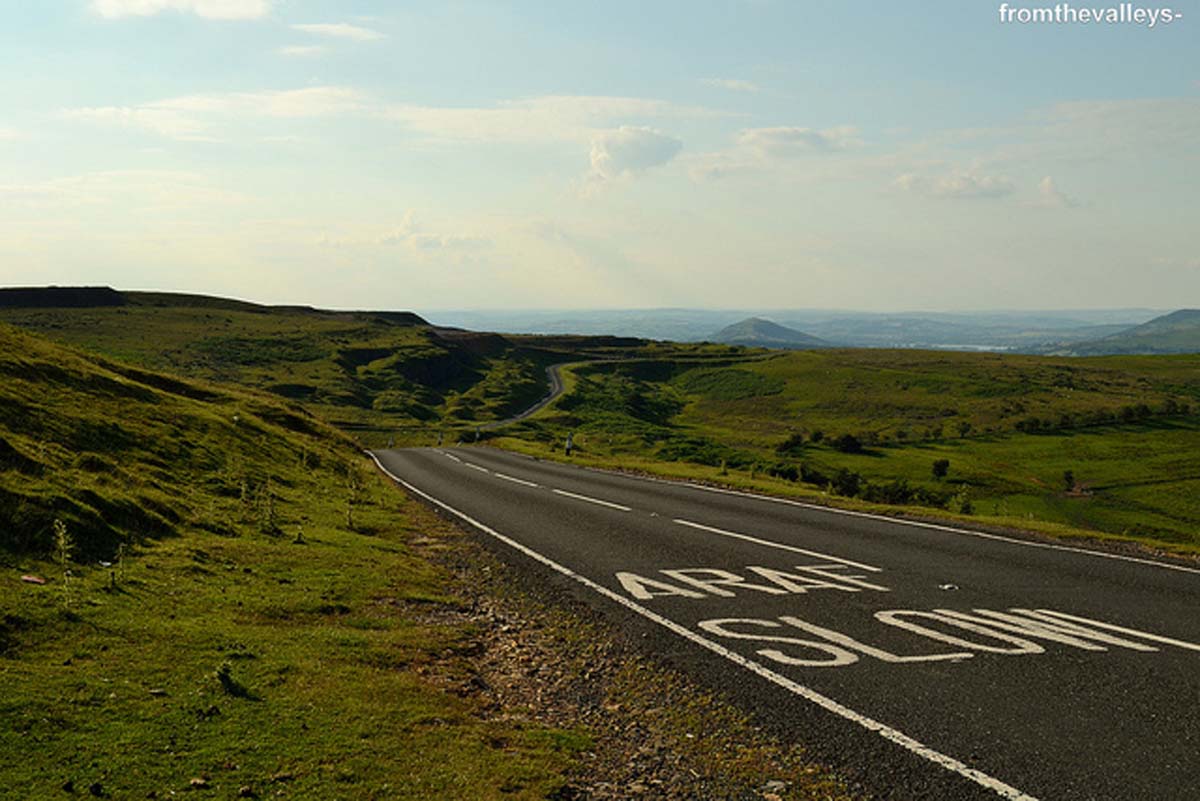 Quite possibly the best driving road in Wales, the Black Mountain Pass is a 23-mile stretch of the A4069 that rollercoasters through the Brecon Beacons connecting Llandovery with Gwaun-Cae-Gurwen. The road runs parallel to the edge of the national park, before taking a sharp left and plunging down a long river valley before climbing out into the hills.

Reaching a height of climbs to 1,600ft, there are stunning views of South Wales from the top of the pass - just watch out for roaming sheep. Jeremy Clarkson famously drove a Mercedes-AMG CLK 63 Black through here for an episode of Top Gear. 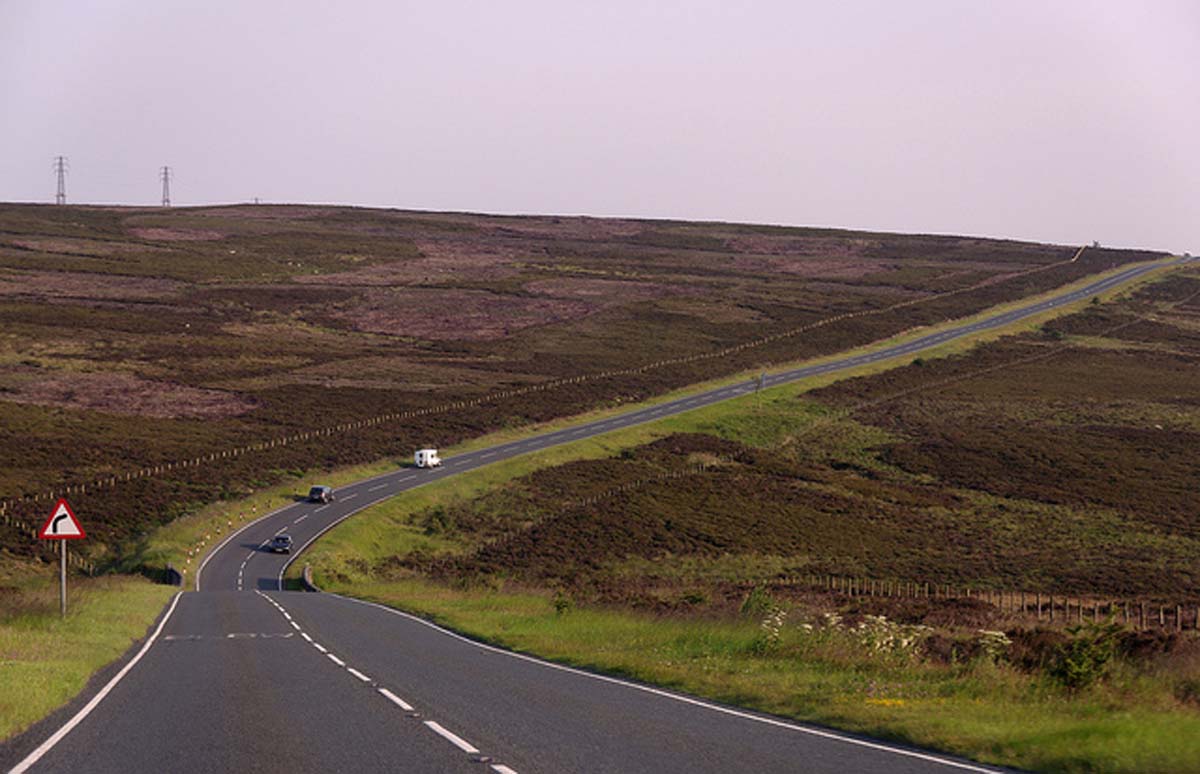 Fancy a twisty, undulating 21-mile drive, punctuated by long straights through spectacular moorland, followed by a breath of sea air? Take the A169 Whitby Road from Pickering to Whitby and you can do just that.

Best avoided during peak summer when everyone else seems to have the same idea, you can reward yourself with traditional fish and chips for lunch in Whitby Harbour. If you're feeling energetic, tackle the 199 steps up to Whitby Abbey - the inspiration for Bram Stoker's epic novel, Dracula. 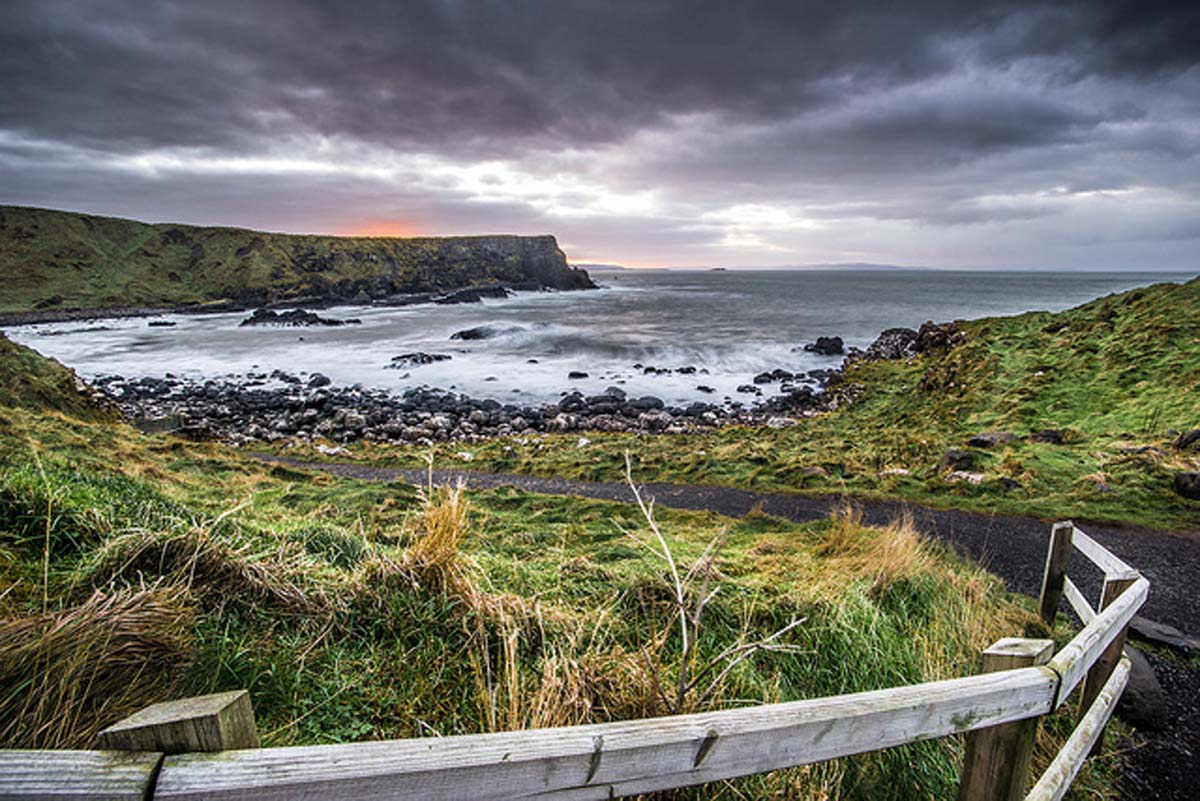 Known as one of the world's great drives, the 120-mile Causeway Coastal Route hugs the coastline between Belfast and Derry-Londonderry in Northern Ireland and is more popular than ever thanks to the wild landscape's starring role in TV hit Game of Thrones. Belfast is home to the studios where much of the series is shot, plus the brilliant Titanic Belfast exhibition.

There are plenty of attractions along the way including the dramatic tubular suspension bridges of The Gobbins, Carrick-a-Rede Rope Bridge and beautiful Ballintoy Harbour, but it's the dramatic Giant's Causeway that is the highlight. A geological wonder, you can walk down to the intriguing polygonal stones - 40,000 interlocking basalt columns which are the result of an ancient volcanic eruption. 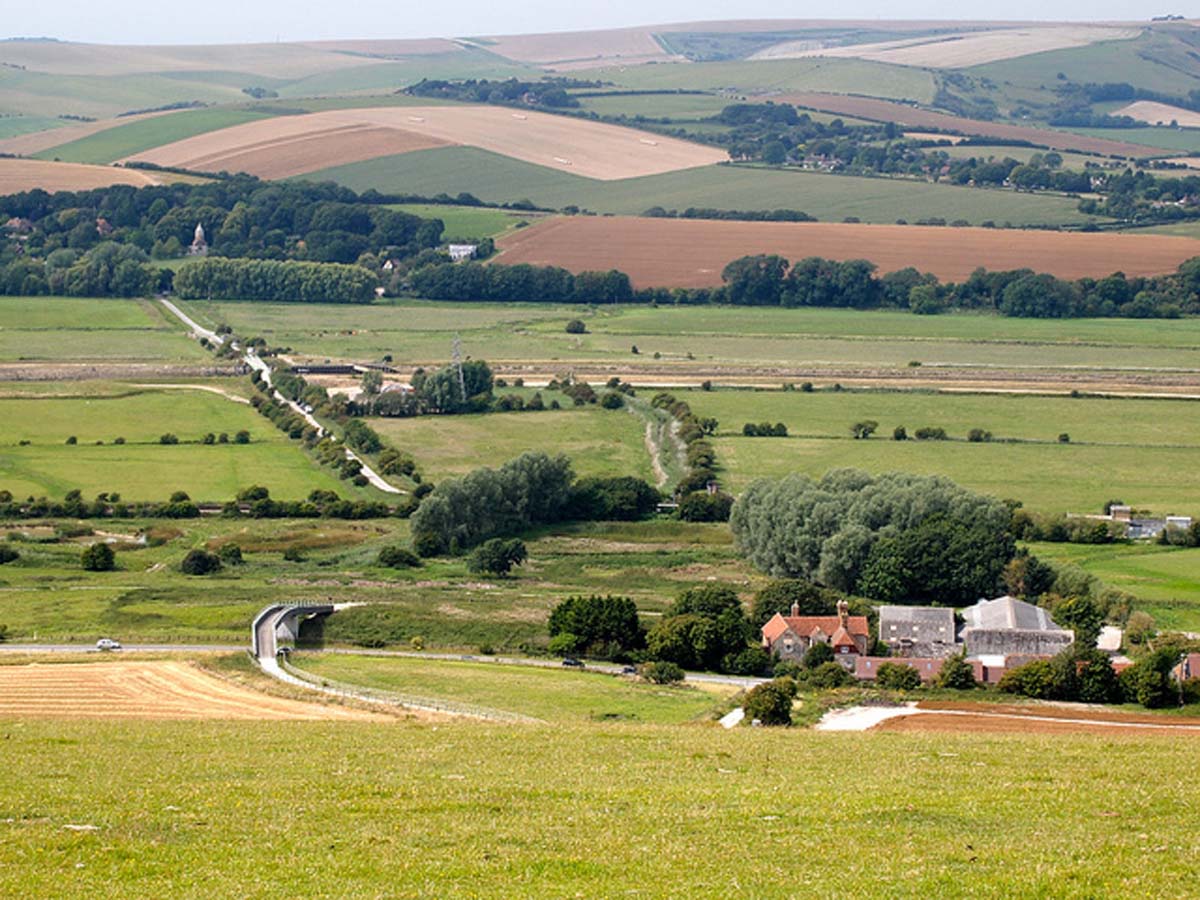 Leave the congested roads of Greater London and head down to the scenic South Downs. Starting at Chichester, our 50-mile route will take you through some of the lushest countryside England has to offer. The roads are not especially challenging, nor are overtaking opportunities abundant - this trip is all about cruising, enjoying the views and savouring picturesque villages.

Heading out of Chichester, stick to the A286 and stop off for coffee at the Weald and Downland Living Museum. Then it's up to Midhurst where you pick up the A272, heading west to historic Winchester - the county town of Hampshire. Probably best to avoid this route during the Goodwood Festival of Speed (July) and Goodwood Revival (September)!

Six essential things to check before a long car journey