Is this the nation’s most expensive sausage roll?

An undercover investigation by Admiral has revealed how shopping at motorway service stations can cost families dearly, with consumers forking out up to 158% more for food and drink. Admiral recruited a team of mystery shoppers to scout out the cost of a basket of items from twenty one stations up and down the UK, compared with supermarket prices. 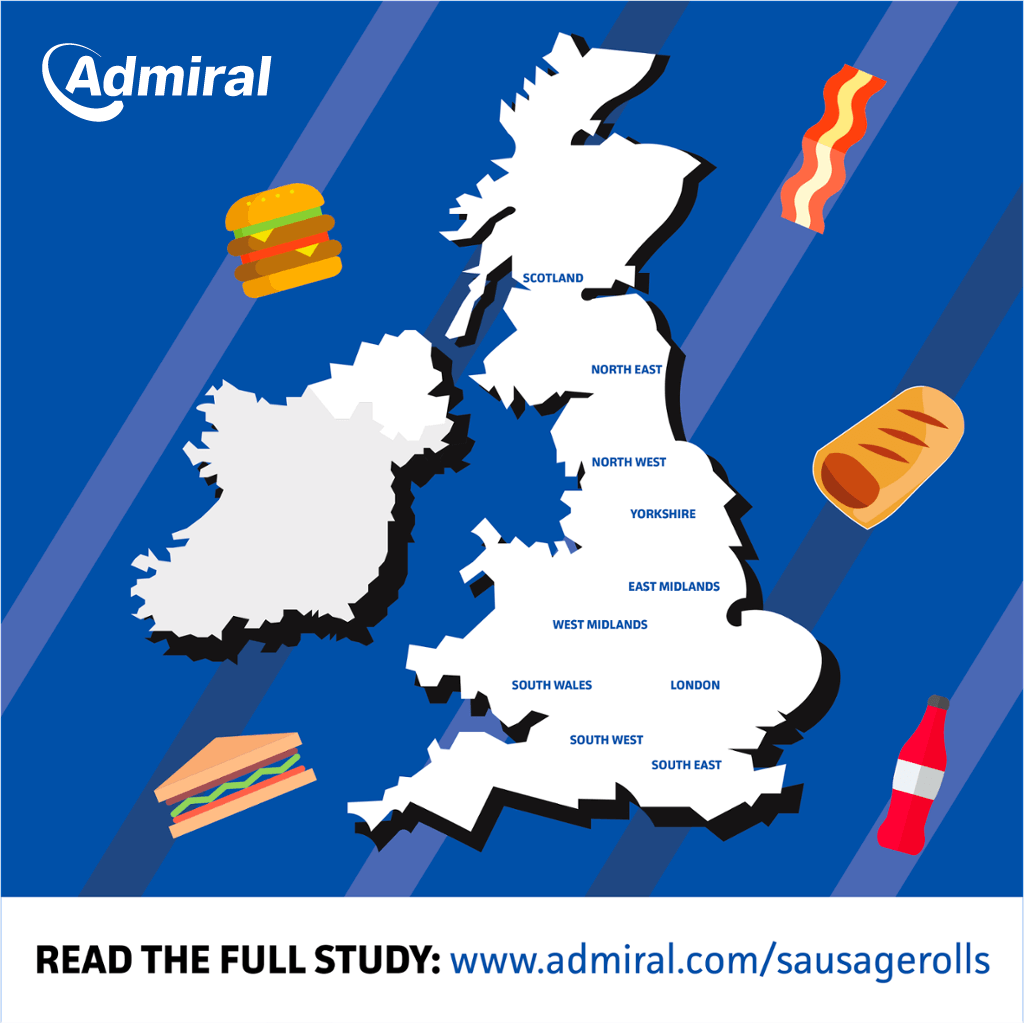 One of the most expensive items in Admiral’s basket was the humble sausage roll, a pack of which cost an eye watering £2.69 at four service stations; Durham on the A1, Bothwell on the M74, Magor on the M4 and Sedgemoor on the M5. This compared with just 80p at the Heart of Scotland services on the M8. That’s a difference of 236%!

The cost of roadside rehydration

Another item Admiral’s mystery shoppers bought was a bottle of Coke, which cost £2.49 at Leigh Delamere on the M4, but just £1.09 at the Heart of Scotland services on the M8.

Admiral also compared basket cost by region with a bag of wine gums costing a mouth-puckering £3.29 in the South East compared to a slightly sweeter £2.69 in Scotland. However, it’s always cheaper to stock up at the supermarket before you hit the road, where you can get a bag for just £1.00.

How much is fuel?

When it comes to fuel prices, the research found your petrol can end up costing you 13% more just for filling up in a different region. And your diesel will cost up to 11% more. The most expensive motorway service station for fuel is the West Midlands with a litre of petrol costing £1.35 and litre of diesel costing £1.36.

However, motorists filling up in South Wales pay just £1.19 for petrol and £1.22 for diesel. The UK-wide average cost of petrol is 115.9 per litre for unleaded and 116.80 per litre for diesel, meaning you’ll pay up to 19p a litre more for the privilege of filling up at a motorway service station.

Alistair Hargreaves, head of service at Admiral, said: "A stop-off on a long journey is often not factored into people’s budgets and this is where unexpected costs mount up. The simplest way to save those pounds is by planning ahead. Those who do have to buy snacks or fuel at motorway service stations will find they’re held to ransom.

"Filling up the car at your best value local petrol station and stocking up with journey essentials before you set off will ensure your journey is smooth and you don’t get weighed down with the heavy cost of a motorway sausage roll."