Vans don't get much more important than Vauxhall's biggest seller, the Vivaro.

New owners PSA (Peugeot-Citroen) have invested some £100 million converting an underground car park into a state-of-the-art production line for the third-generation Vivaro at Vauxhall's historic Luton plant – the company's spiritual home since 1905.

Safeguarding some 1,250 jobs, the new Vivaro van is a big step-up compared to its successful predecessor which went into production in 2014 and celebrated its 250,000th model in October 2018.

Based on the same platform as its PSA cousins, the Citroen Dispatch and Peugeot Expert (plus the new Toyota Proace), it's a good looking van with a cool stance.

However, its maximum cargo volume is 6,600 litres, which is down 2,000 litres on its predecessor. This could be a deal-breaker for some potential buyers who value space over payload. 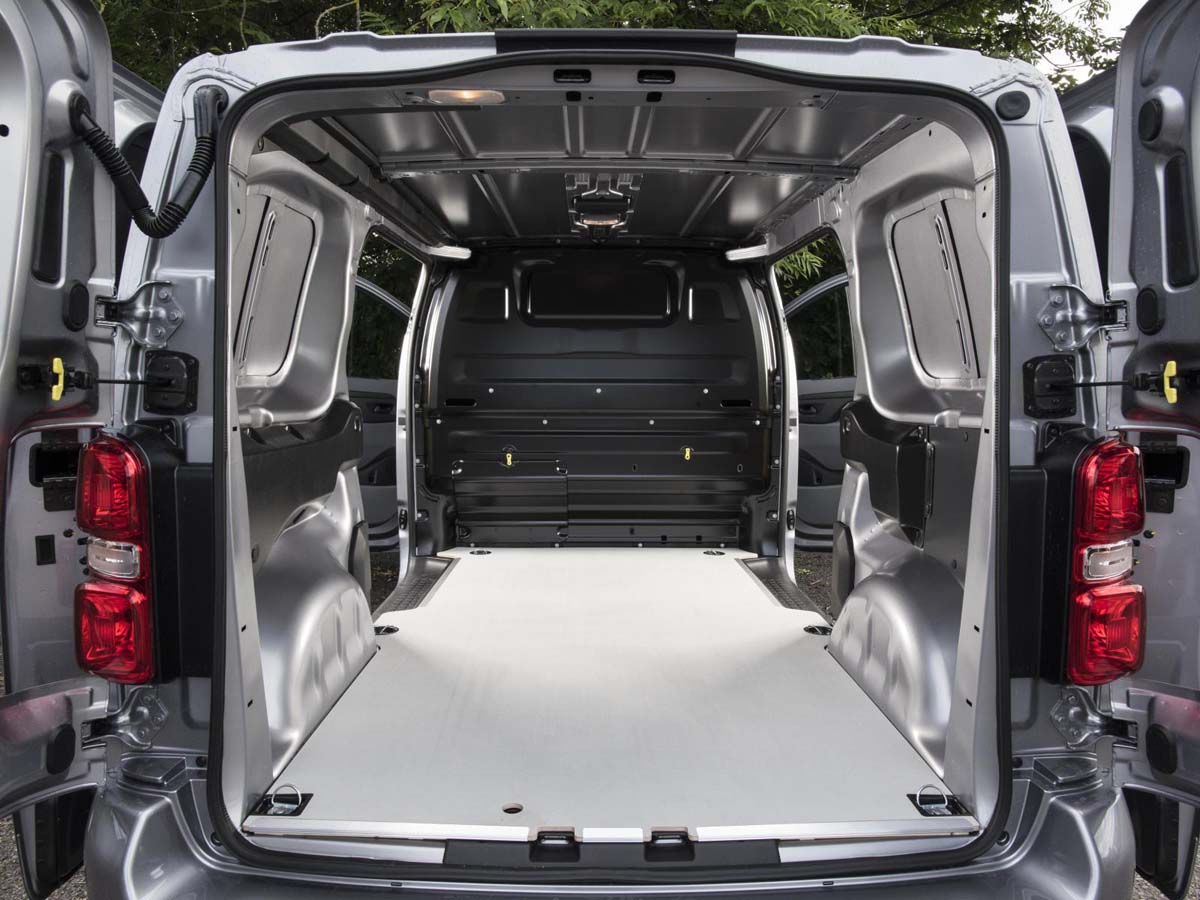 The good news is that all Vivaro vans get dual side sliding doors, so loading access is excellent. There's also a 'Flex Cargo' option which utilises through space in the cabin via a flap under the front passenger seat so load lengths of up to 4.02 metres can be carried.

Available as a panel van, doublecab (space for up to six crew) and a platform cab (a base for various specialist bodywork conversions), there are three trim levels – Edition, Sportive and Elite. Priced from £22,020 (excluding VAT), a top-of-the-range version costs £30,000+.

Driver/passenger airbags and cruise control with speed-limiter are all offered as standard on the Vivaro for the first time. However, you'll have to choose Sportive or above to get the 7.0-inch infotainment screen as standard with built-in sat-nav and Apple CarPlay/Android Auto connectivity. 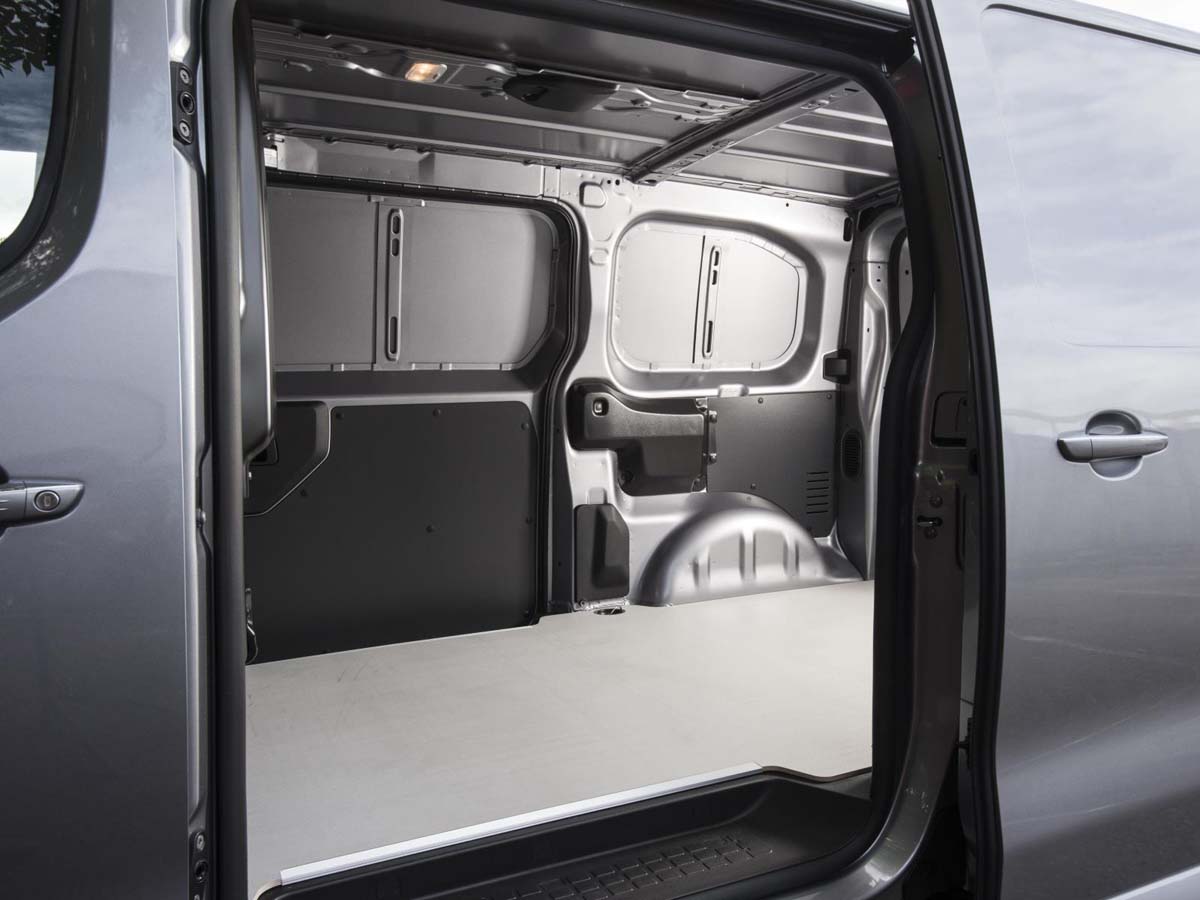 There's a choice of two turbodiesel engines (1.5 or 2.0-litre) with varying power outputs, ranging from 99-178bhp (an all-electric version will follow as soon as 2020). A six-speed manual gearbox is standard with an eight-speed automatic initially only available on the most powerful 178bhp unit.

The two 1.5-litre engines are the most frugal, returning up to 57.6mpg with CO2 emissions as low as 125g/km. IntelliGrip, a system that provides extra levels of traction on difficult surfaces such as mud, sand or snow, is also available.

I tested the flagship Elite model with the 178bhp 2.0-litre diesel engine and automatic transmission, plus a Vivaro Life (people carrier) version equipped with a 148bhp unit paired to a six-speed manual gearbox. Fuel economy between 51.4-54.3mpg is possible, while CO2 levels are between 138-145g/km.

You sit high up in the well designed cabin, which is both comfortable, spacious and durable. There are cupholders, a glovebox and cubbyholes for storing smaller items. 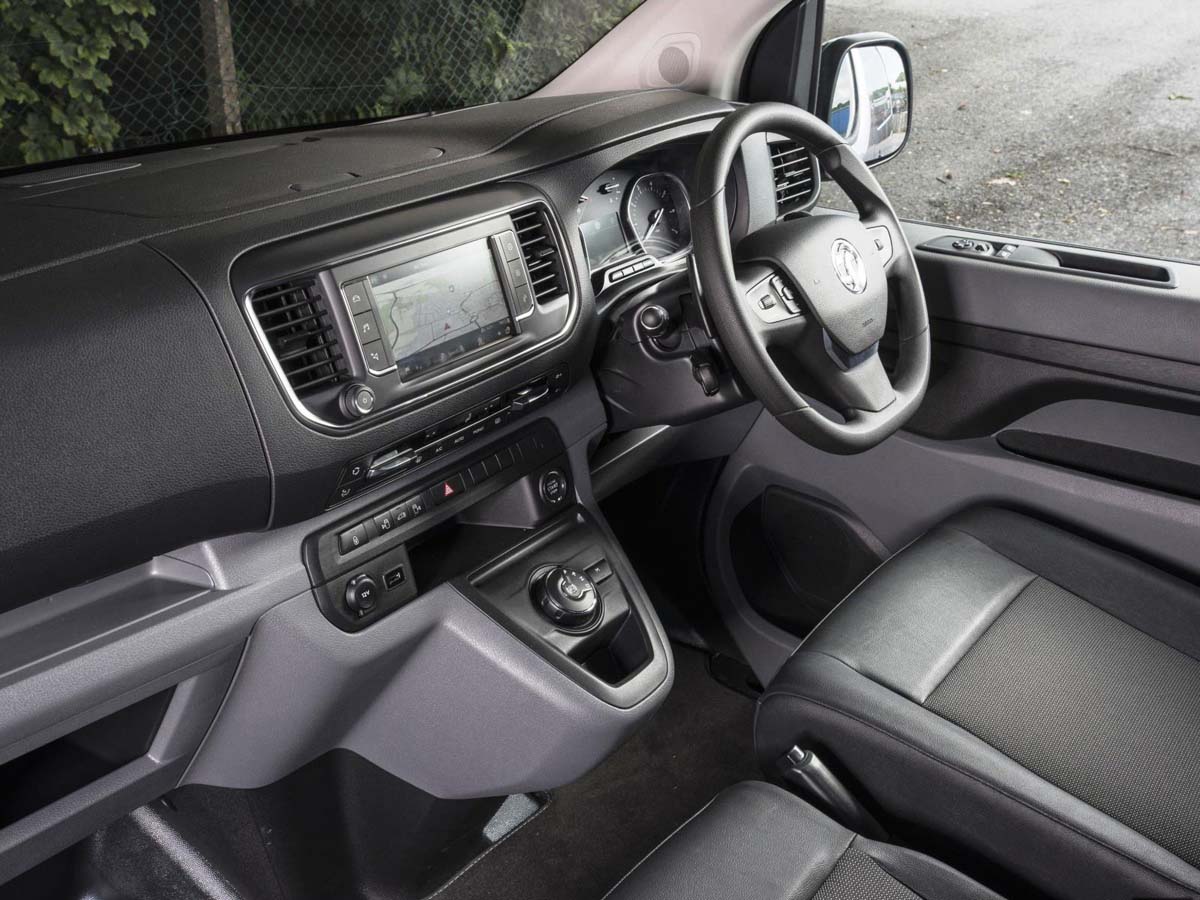 Visibility is good, the steering is light and the engines I tried soon settle down to become surprisingly refined and offer plenty of punch, though obviously the 2.0-litre engines are the ones to go for if you regularly carry heavier loads.

It would be wrong to say the handling of the new Vivaro is light years ahead of the previous version. It's perfectly acceptable, but you're in no doubt that you're driving a van, despite Vauxhall's efforts to market it as having "car-like driving behaviour".

That said, as long as you don't try to over-drive it on more challenging roads, it handles perfectly well, feeling stable and secure in corners and relaxing on longer runs.

Push it too far and you’ll have to correct your steering and braking in corners and it’ll become unsettled. As ever with vans, it handles better when it's carrying a load. It’s also very manoeuvrable, with a turning circle as tight as 12.4 metres. 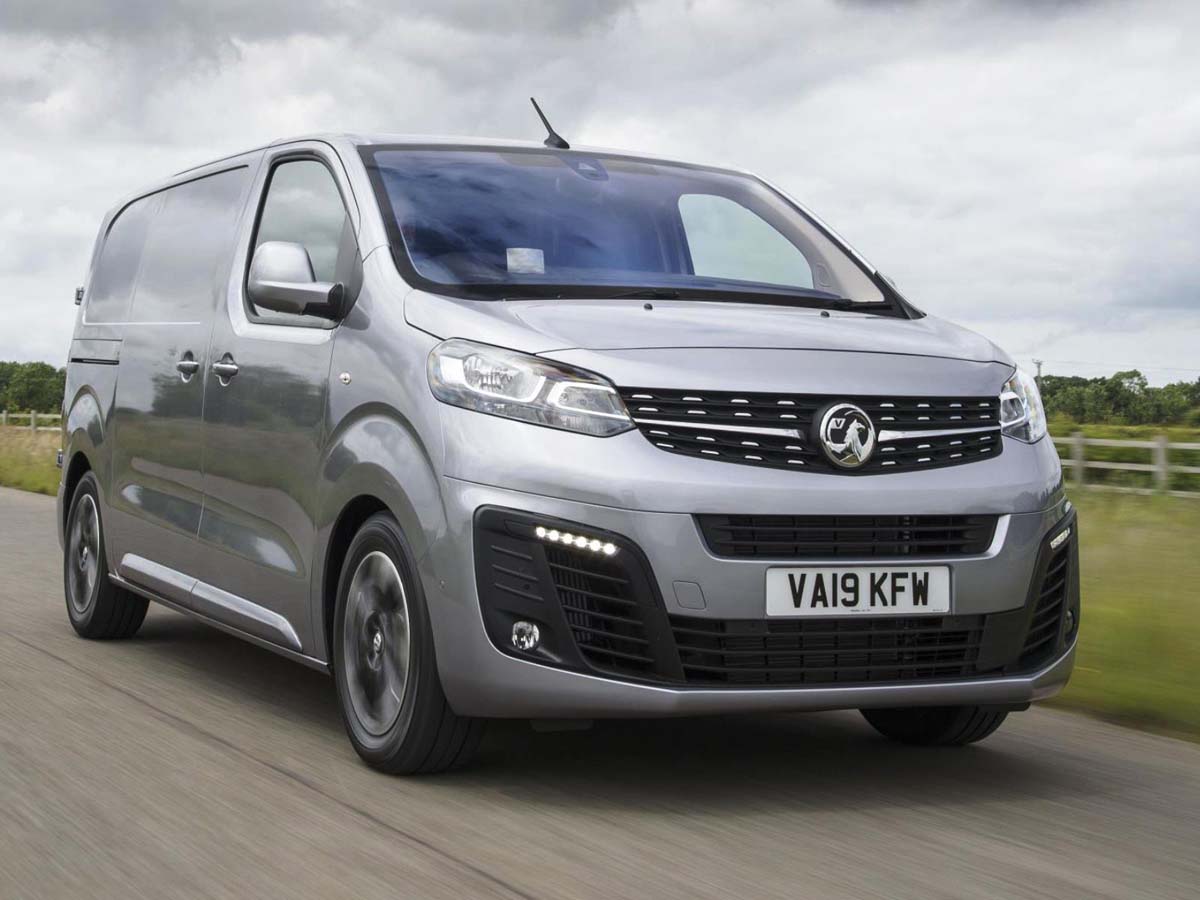 I recommend the automatic gearbox, which was both smooth and de-clutters the cabin massively because it's controlled by a dinky little gear selector dial low down on the centre console. It may have just been my test vehicle, but I found the manual gearbox to be slightly notchy and imprecise.

Verdict: The all-new Vauxhall Vivaro van should have no trouble repeating the success of the outgoing model. It may be slightly down on loadspace, but it makes up for it because it’s easy to drive and boasts an impressive payload and generous equipment levels. It's also a looker, competitively priced, comfortable, affordable to run – and it's built in Britain. 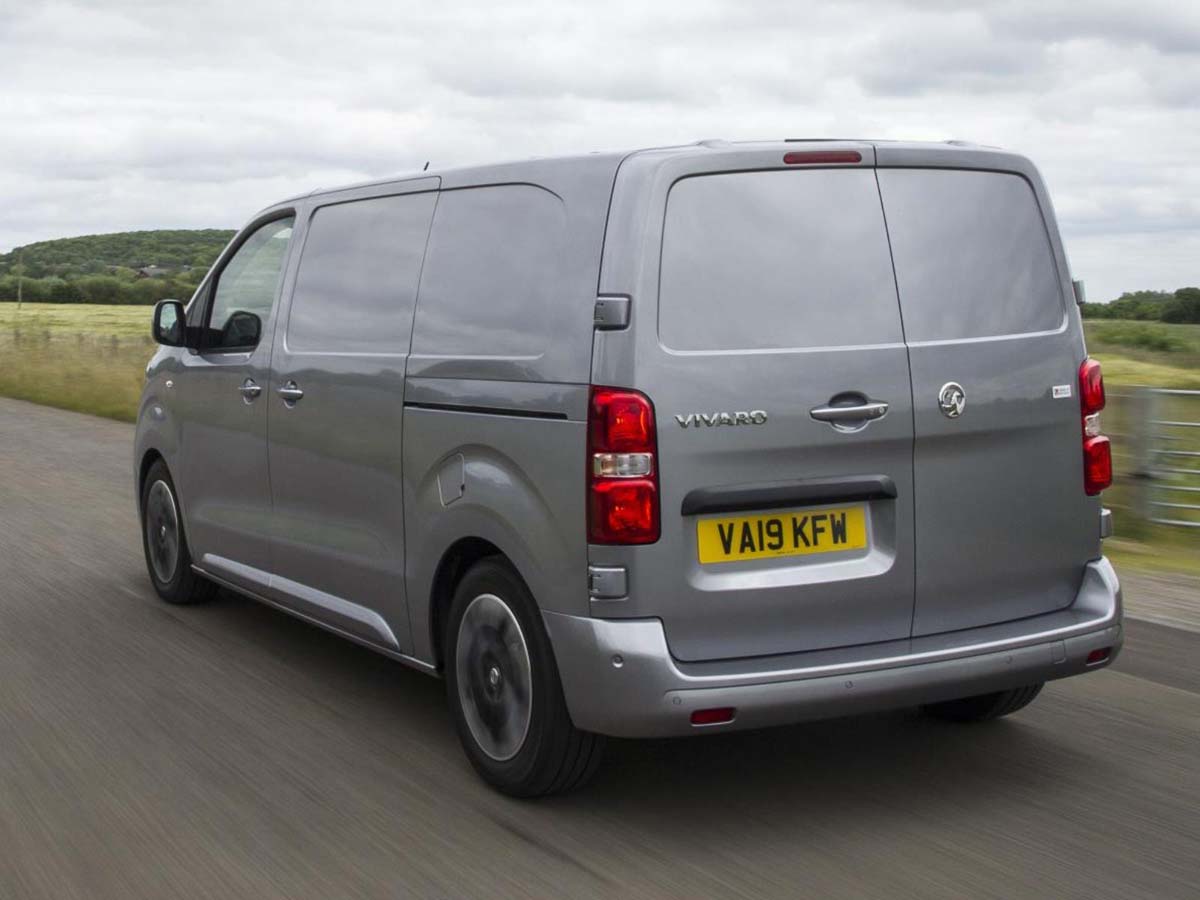 Behind the wheel: Volkswagen Caddy review