Behind the wheel: Volkswagen Caddy review

Looking for a classy small van? The Volkswagen Caddy might be right up your street...

There’s a huge choice in the compact commercial sector, including the Citroen Berlingo, Ford Transit Connect and Fiat Doblo (you might also be interested in our review of the Fiat Doblo Cargo), but few can match the VW Caddy for build quality, equipment levels and driving experience.

It may not look like it's changed much over the years, and that's because it hasn't – at least from the outside. Instead, it's evolved.

Voted Best Small Trades Van in the Business Van of the Year Awards 2018, the Caddy doesn't just bring badge appeal to the commercial vehicle sector. In 2017 Volkswagen became the first manufacturer to fit Autonomous Emergency Braking (AEB) as standard to all its vans.

Choose from a Caddy or longer Caddy Maxi panel van. If you need to carry more than one passenger, then there's the Caddy Maxi Kombi. Add to that a selection of efficient turbo petrol and diesel engines, and the Caddy deserves to be on every shortlist.

The Caddy panel van has a load capacity of between 3,200 and 4,200 litres (depending on the size of van selected), while the payload ranges from 545kg to 736kg.

Starting at £16,545 (excluding VAT), the Caddy is available in three trim levels (Startline, Trendline and Highline) and with a 2.0-litre diesel (102 or 150PS) and a 1.0-litre petrol (102PS). There's also a choice between a five-speed manual or six-speed auto (DSG) with the diesel, or just the five-speed manual on the petrol.

The more powerful diesel is the fastest with a top speed of 117mph and a 0-62mph time of just 9.4 seconds with the automatic transmission. The 102PS diesel just pips it for fuel economy, with a theoretical 60.1mpg and lower CO2 emissions of 124g/km.

I tested the short wheelbase Volkswagen Caddy Highline (starts at £20,625 exc VAT) with the 102PS 2.0-litre diesel turbo and power sent to the front wheels via a five-speed gearbox.

Over one particular 250-mile journey (unladen and on mixed roads) it returned an indicated 64.9mpg, so it certainly is economical. It's also a gutsy engine with plenty of pulling power. 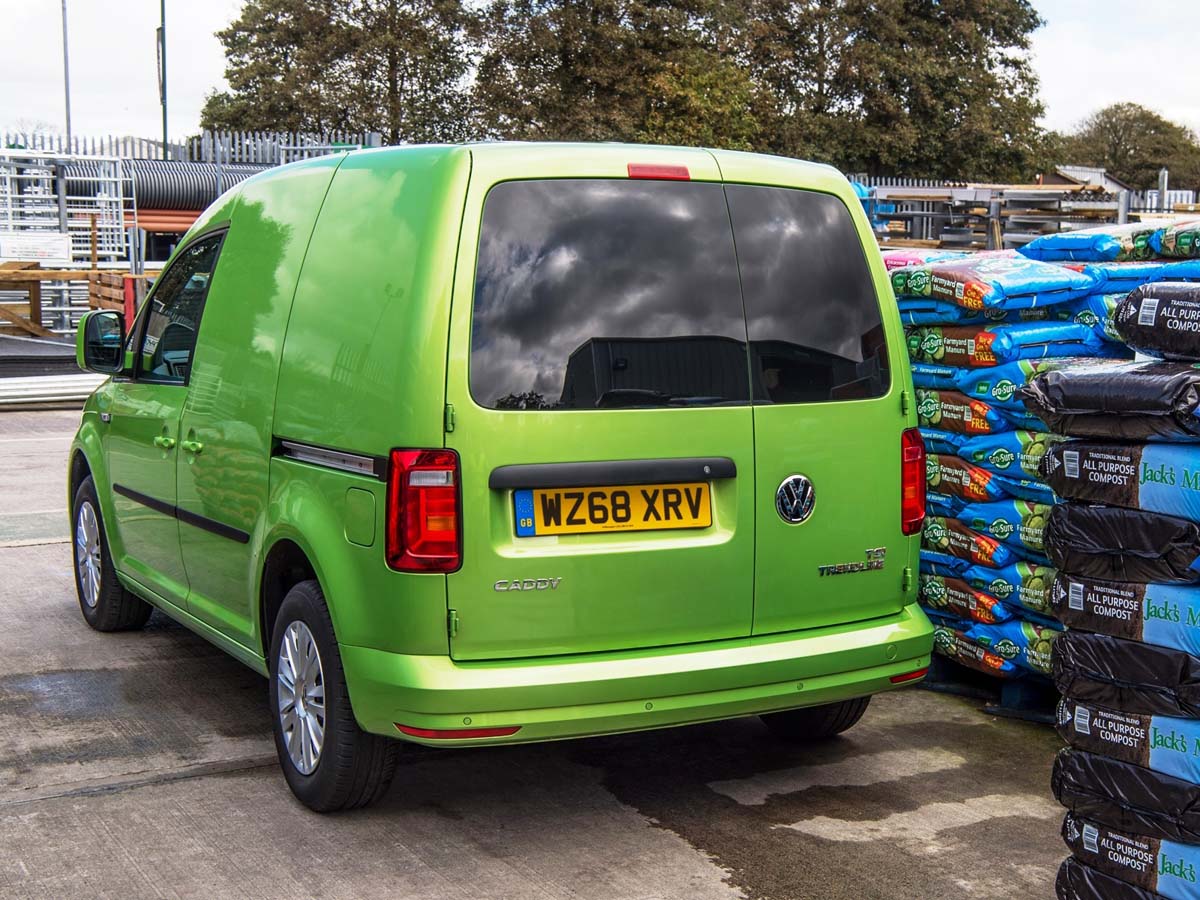 The driving experience is as car-like as it gets for a small van. Obviously it's not as refined as a car thanks to the large loading area at the back (you can even hear the fuel swishing about in the tank when you're not carrying anything), but overall it's impressive.

The Caddy is as happy cruising the motorways as it is in town (it can even be fun on more challenging country roads), while the power-assisted steering gives it a tight turning circle of 11.1m (12.2m in the longer Maxi).

As with most vans, the suspension is firmer in order to carry heavy loads, so bumps in the road are more noticeable than a car, but it's generally a good ride and more agile than you might think.

No real gripes from the slick five-speed manual transmission, though an extra gear would be nice, especially at cruising speeds.

The cabin is a pleasant place to be. VW Golf owners will be familiar with the layout and it's just as well put together, even if the materials are more durable. 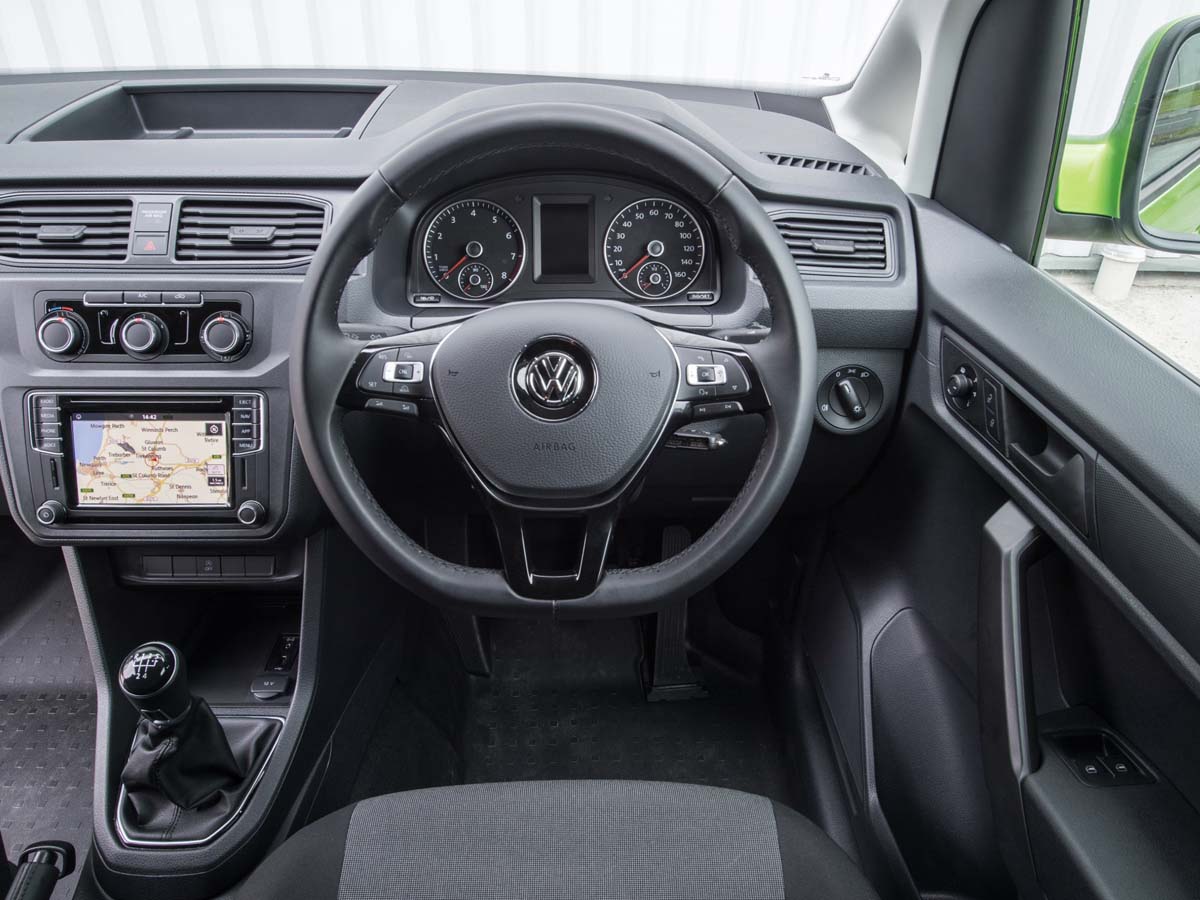 My test car also came with optional Adaptive Cruise Control which uses a front radar to measure the distance (up to 120m) and speed relative to vehicles driving ahead. A great option for £336 and a huge bonus on motorways.

The Caddy is practical too. The rear doors can open to 180 degrees, there's a low load bed and interior storage spaces include a storage shelf above the driver/passenger.

There's even scope for a bit of personalisation if you want to steer clear of the 'white van man' tag – Sandstorm Yellow and Viper Green are particularly striking colours. 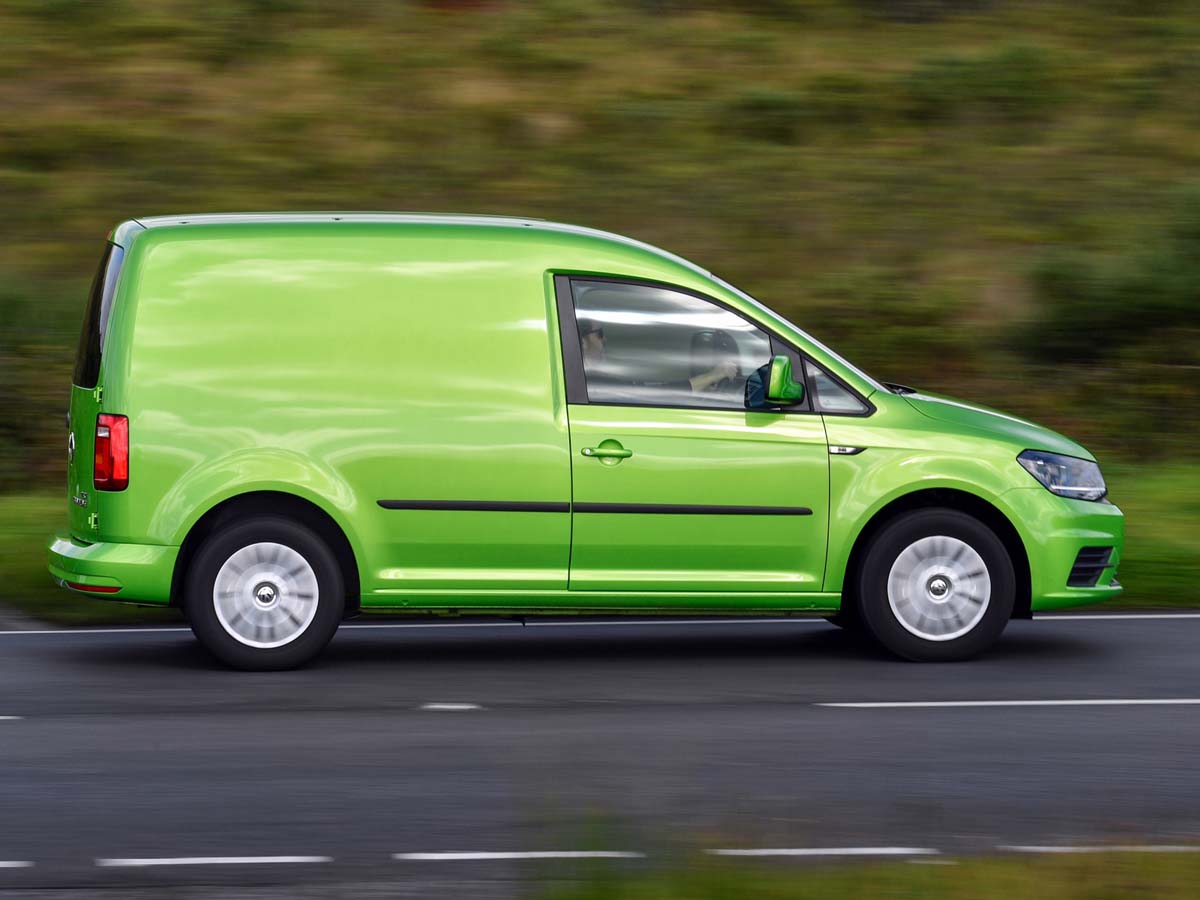 Businesses you can run using your van