The UK government has announced plans to scrap the sale of petrol and diesel cars by 2040, in a move that will drastically cut air pollution 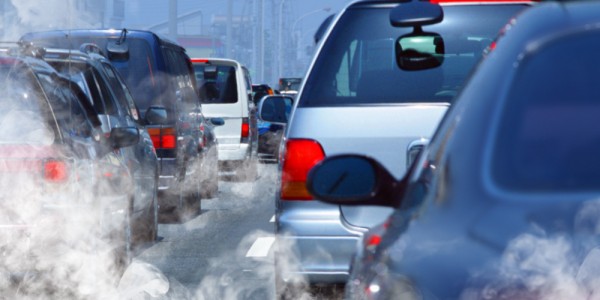 In a move which follows a similar announcement by France in recent weeks, the proposals are part of the government’s clean air plan and aims to improve air quality in the UK and tackle excessive levels of nitrogen dioxide in towns and cities.

This follows the introduction of the London ‘Toxicity Charge’, where the majority of pre-2006 vehicles will receive an additional charge as of the October 2017 – the toughest emission standard of any world city.

A global stance towards the adoption of fuel efficient cars is becoming more apparent, with countries such as Norway, the Netherlands and India committing to cutting their emissions.

Most recently, France’s Environment Minister unveiled plans to ban the sale of all petrol and diesel vehicles by 2040. Nicolas Hulot made the announcement as part of a five-year climate plan by the country to encourage clean energy, and therefore fulfil commitments made under the Paris Agreement.

Mr Hulot said climate challenges are something we should look to tackle globally and the plans were intended to improve the daily lives of French people.

The Dutch bank IMG has predicted only electric passenger cars will be sold from 2035 onwards, meaning the European car market will be heavily impacted. Currently, European car manufacturers are at the forefront of internal combustion engines with a 25% market share; however their percentage of lithium-ion production is only 3%. Therefore, it predicts it could be possible that both Asia and North-America will get a bigger foothold in the European car market due to their great supply of resources.

Volvo has also committed to ensuring every vehicle launched from 2019 will have an electric motor - placing electrification at the core of its future business. It aims to introduce a portfolio of electrified cars across its model range, embracing fully electric, plug-in hybrid and mild hybrid cars.

So, why the trend towards more fuel efficient vehicles? Agustin Valera Medina, senior lecturer at Cardiff University, told us: “The depletion of fossil fuels, energy and the impact on climate change caused by the excessive amount of pollutants emitted to the atmosphere are the main reasons that scientists, industries and governments around the world are seeking to increase their efforts towards using more advanced fuels and vehicles.

“The use of alternative fuels that do not contain carbon enables the production of energy without producing CO2. [This] ensures that there is less reliance on sources coming from countries such as Russia, the Middle East or Africa, reducing costs, impact on local society and improving resilience of the country.

“Moreover, the reduction of fuel per mile also decreases the cost of fuel that a person pays annually, which immediately benefits his/her economy and attracts more people to buy such a vehicle.”