Drink-driving peaks in May

May is the worst month of the year for drink-driving, new figures have shown 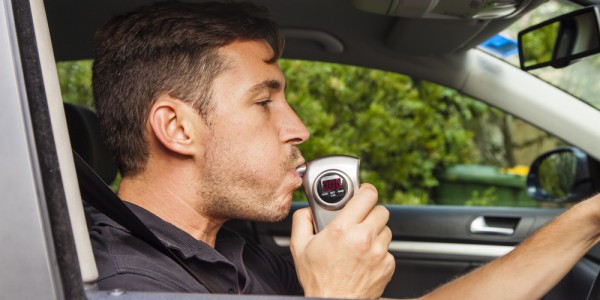 Nearly one in six drivers stopped in May between 2014 and 2016 were over the legal limit, a Freedom of Information request to police forces across the UK has revealed.

A drink-driving conviction can put people's chance of getting car insurance at risk, or see a premium increase of more than 250%. August was the second-worst month, with 14.9% of drivers flouting the law.

Jo Cox, motor product manager at Admiral, said: "It may come as a surprise that May is the month where the highest percentage of people test positive for drink-driving and not the festive season.

"This new data suggests that as the temperature rises - and we see a succession of bank holidays - drivers are risking flouting the law and getting behind the wheel after drinking."

Surprisingly, the month most associated with excessive drinking, December, saw the lowest percentage of drivers over the limit with 4.3%.

Cambridgeshire, Kent and Northamptonshire were the police forces that caught the highest percentage of offenders. Over the three-year period, 15.1% of the 62,761 people who were stopped in May were over the limit.

A total of 27 police forces provided comparable data for the three years, which includes those giving a positive breathalyser test or refusing to give a sample. In Cambridgeshire, 36.5% of drivers stopped in May were over the limit, with 26% in Kent and 21.6% in Northamptonshire.

With a second May bank holiday approaching, Admiral is urging motorists to avoid getting behind the wheel if drinking alcohol and warning drivers to be extra vigilant the morning after as alcohol can remain in your system for hours.

Drink-driving punishments include up to six months in prison, an unlimited fine and a driving ban of at least one year.

On top of this, many insurers will not insure someone with a drink-driving conviction and those that will increase premiums by up to 250%, analysis by Admiral has shown.

Roger Singer of the drug and alcohol road safety charity DDE+ said: "In December there are more planned events such as Christmas dos, where people know not to take the car.

"In the summer and bank holidays that lead up to it, there are more impromptu gatherings such as barbecues, where people don’t realise how much they are drinking or how long it takes for it to leave their system. The morning after is often a time when people get caught out."

Drug driving - do you know the limits?

Everything you need to know about health and driving