Did you know that plug-in hybrid vehicles (PHEVs) are now great second-hand buys?

A plug-in hybrid vehicle offers the best of both worlds – an introduction to electrified motoring, yet with none of the range anxiety of a pure EV because you have the back-up of a conventional petrol engine.

Typically offering around 30 miles of pure electric driving, they’re great for people who do low miles or have short commutes, plus places to charge at home or work.

Offering potential fuel economy as high as 300mpg (if you keep your battery pack charged up) and low CO2 emissions, they also appeal to company car drivers looking to make significant tax savings.

Like all hybrids, the technology seamlessly selects the right balance between petrol and electric power and even charges the battery while you’re driving via a system known as regenerative braking (during braking and coasting).

Here are 10 used plug-in hybrids available for less than £15,000 to whet your appetite… 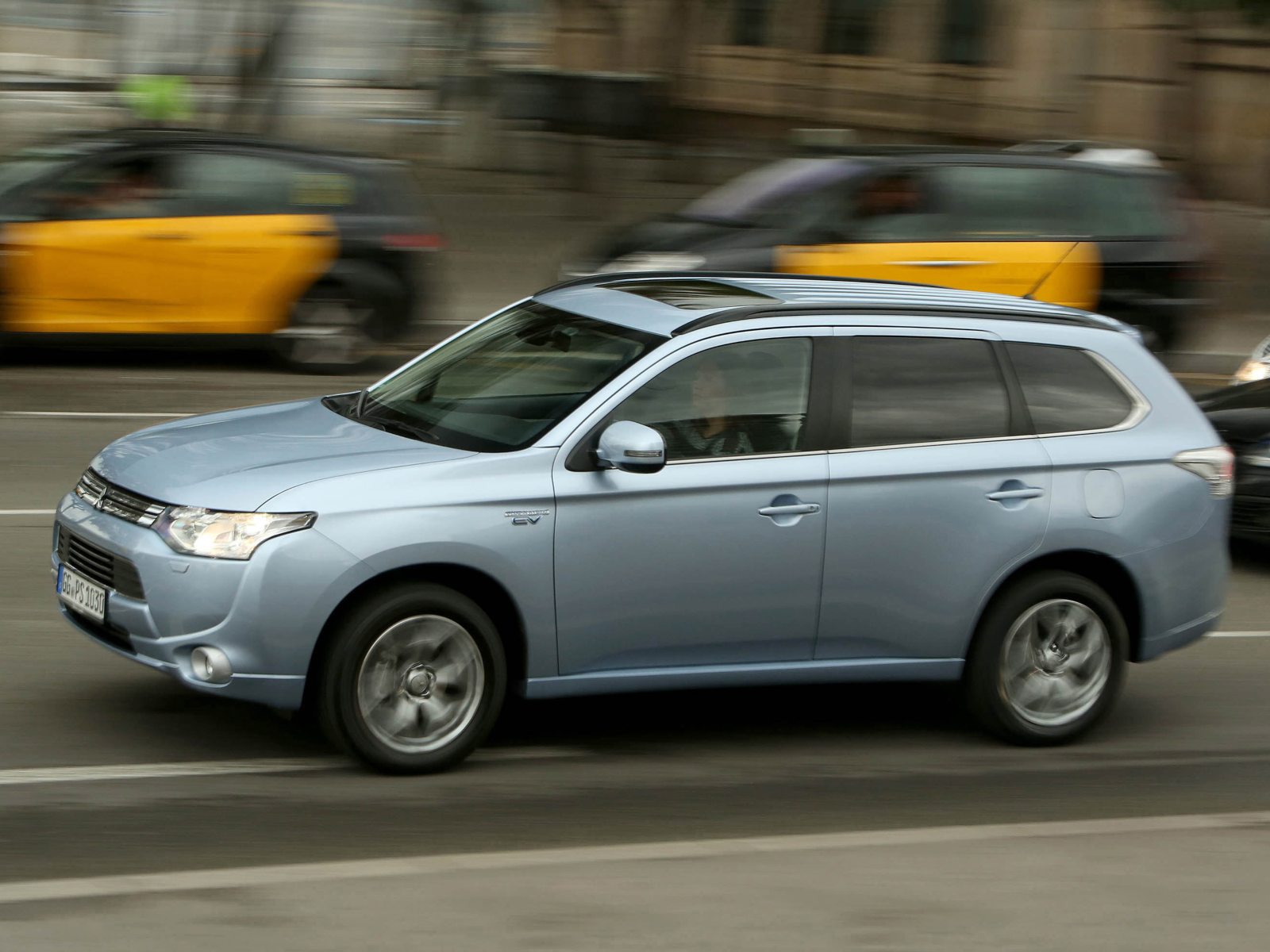 The Mitsubishi Outlander PHEV was the world's first plug-in hybrid SUV and has only recently been overtaken as the UK’s best-selling plug-in vehicle. With its 2.4-litre petrol engine, plus two electric motors (one at the front, the other at the back), it’s four-wheel drive, has an all-electric range of nearly 30 miles and CO2 emissions as low as 46g/km. 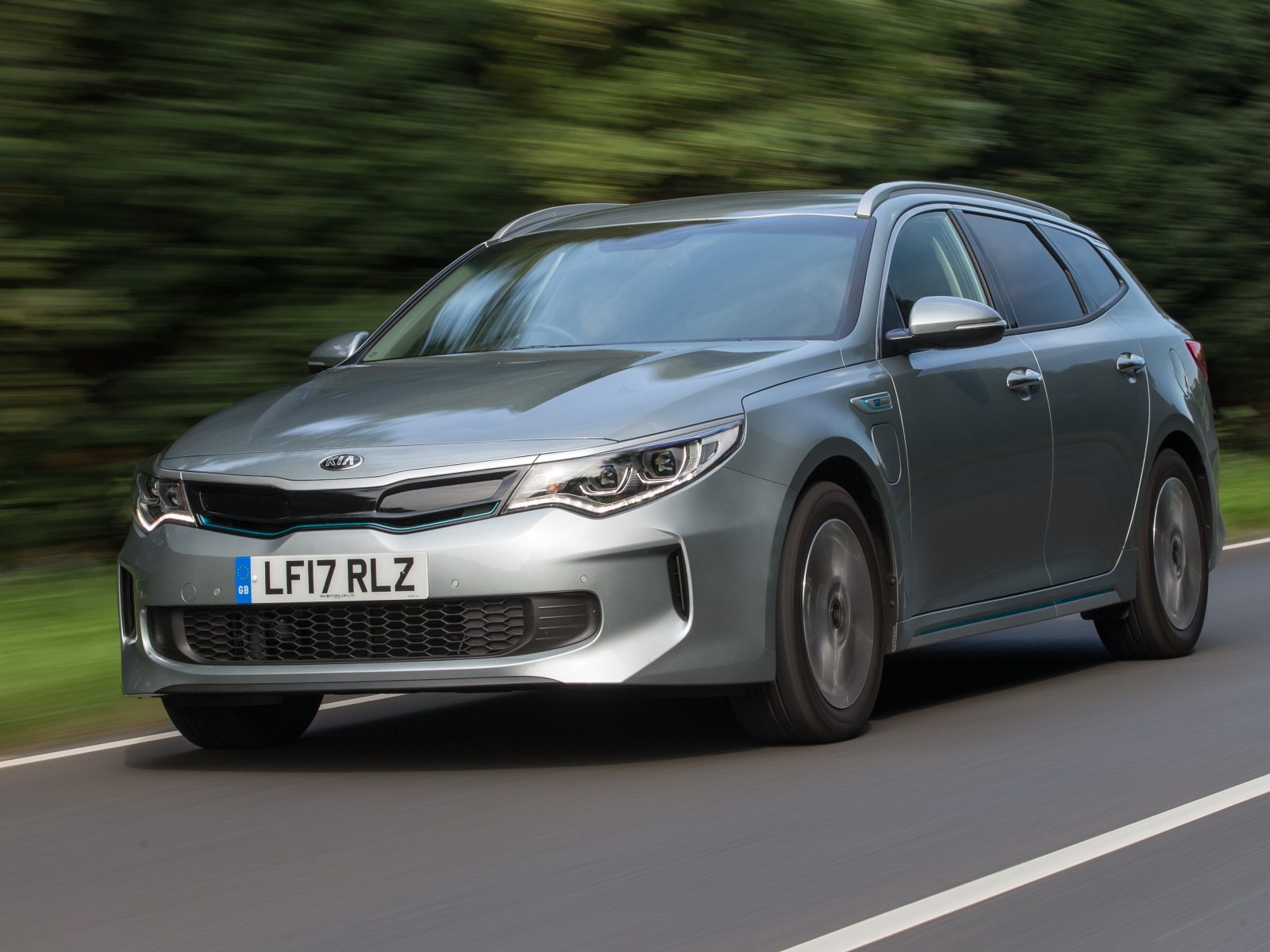 The Kia Optima mid-size saloon is a stylish alternative to the more mainstream Ford Mondeo, Vauxhall Insignia and Volkswagen Passat. Also available as a handsome estate (Sportswagon), buyers can choose between petrol or diesel engines – or the plug-in hybrid.

The latter combines a 2.0-litre (GDi) petrol engine with a 50kW electric motor and 9.8 kWh lithium-polymer battery pack. Capable of a 33-mile all-electric driving range, CO2 emissions are as low as 37g/km.

Like all Kia cars, the Optima was sold new with a seven-year warranty so second-hand buyers will still get extra peace of mind.

Used PHEV versions are not as common as their conventionally powered siblings, but they are worth hunting out. Expect to pay from £13,000 upwards. 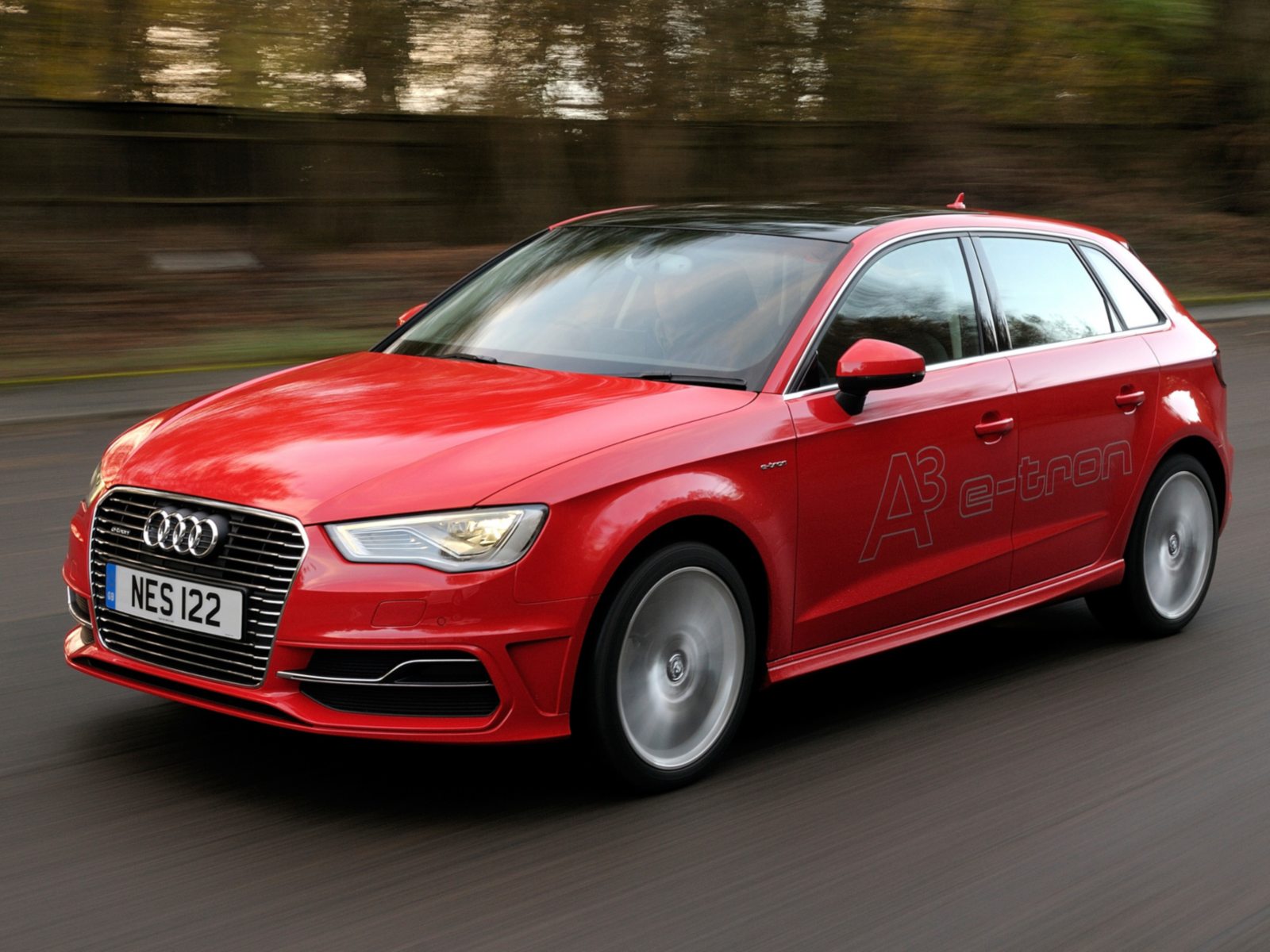 Closely related to the Volkswagen Golf GTE (below), the plug-in hybrid version of the Mk 3 Audi A3 Sportback features the same blend of 1.4-litre turbocharged petrol engine, electric motor and 8.8kWh battery pack, giving a peak power output of 201bhp.

The first electrified Audi to be offered in the UK, it had a theoretical fuel economy of up to 176.6mpg and CO2 emissions as low as 37g/km, with an electric-only range of 31 miles.

Slick and easy to drive, the Audi A3 e-tron is a class act. Starting at less than £10,000 for a high miler, expect to pay closer to £15,000 for an example with low mileage, and try to find one with a full Audi service history. 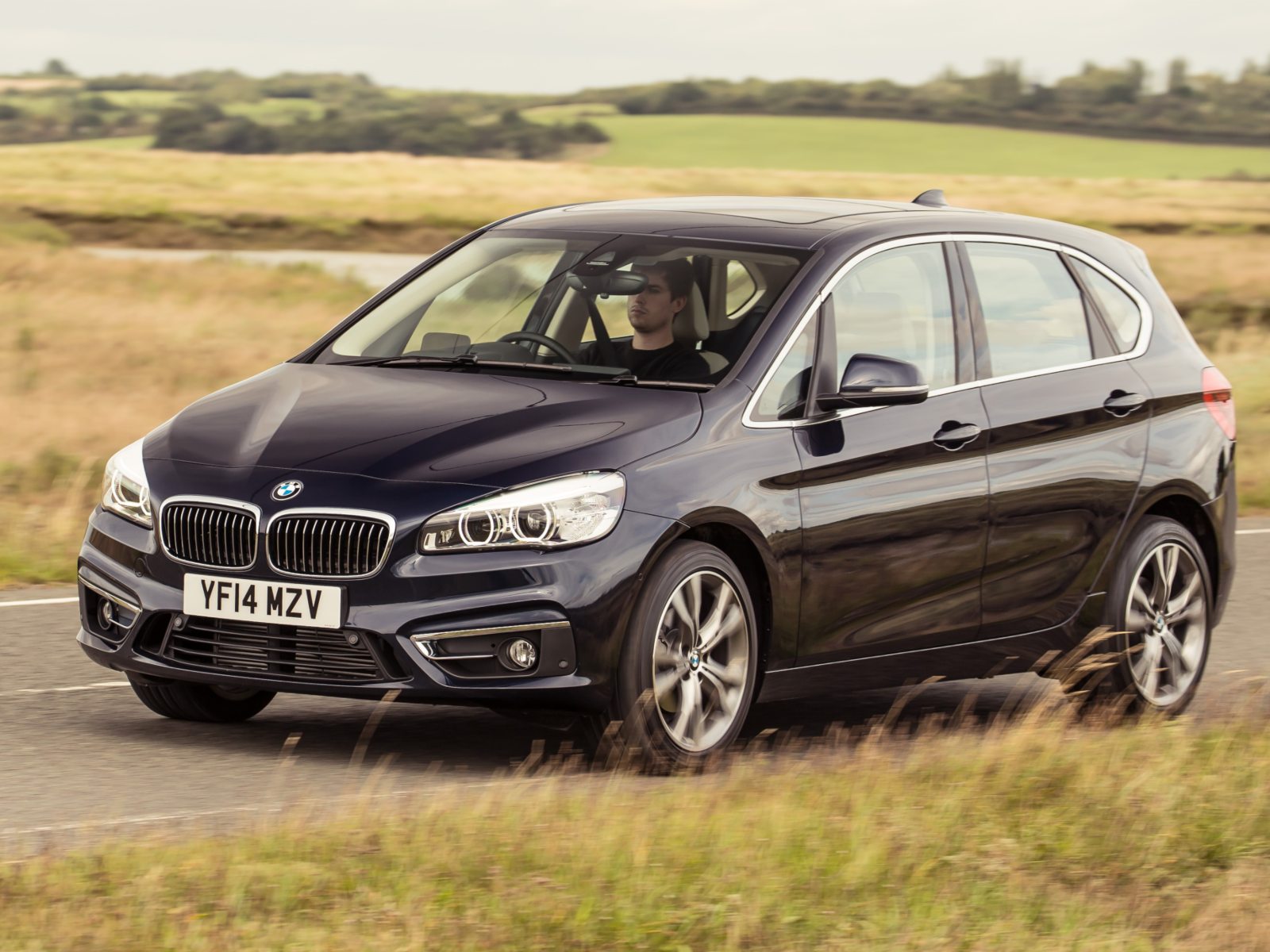 This sensible MPV (remember those?) from BMW is available with petrol and diesel engines, plus a plug-in hybrid (badged 225xe). It uses a 1.5-litre three-cylinder turbo engine and electric motor which gets its energy from a 7.6kWh lithium-ion battery under the rear seat.

Offering potential fuel economy of 166mpg, CO2 emissions of 38g/km and a pure electric range of 32 miles, it's a premium people carrier with lots of space.

However, if you want a used BMW PHEV that drives more like the "Ultimate Driving Machine" then go for a 330e saloon. Second-hand 2 Series Active Tourer pricing starts at just below £15,000. 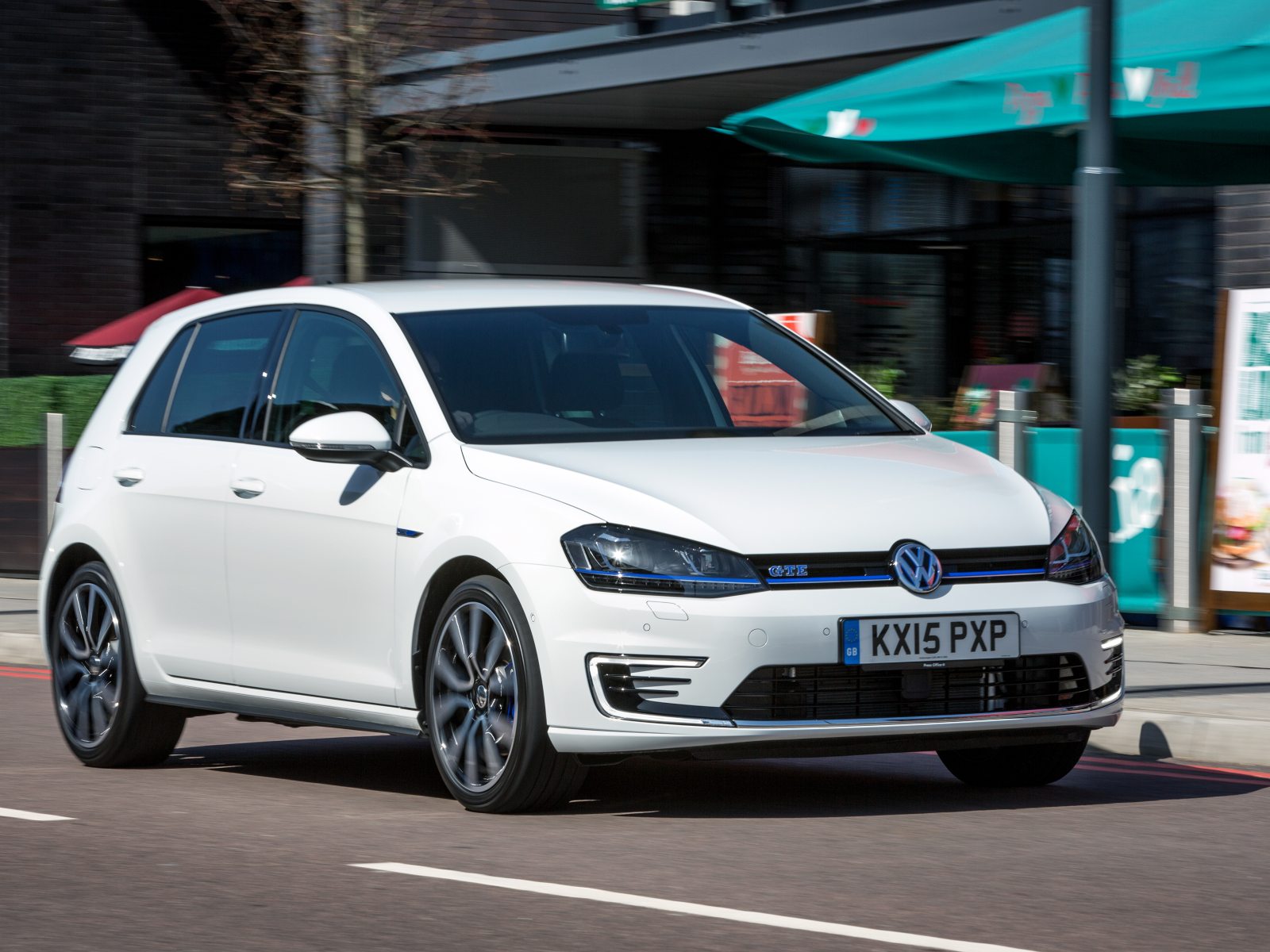 Practical, well built and engaging to drive, it can travel up to 31 miles in electric-only mode, CO2 emissions are 38g/km and it can sprint from 0-62mph in a swift 7.6 seconds.

Not technically a plug-in hybrid, the 'range extender' Vauxhall Ampera differs from today's PHEVs because its 1.4-litre petrol engine doesn't drive the wheels.

The futuristic, expensive Ampera wasn't a great sales success, but it holds its value well and is now a smart second-hand buy. Starting at around £7,000, you'll have to pay closer to £10,000 for a low mileage example.

The pioneering Toyota Prius was the first mass-produced hybrid and several million have been sold since 1997. Now in its fourth generation, it’s better than ever, but we're going to focus on the Mk 3 plug-in hybrid (also available as a self-charging hybrid).

Combining a 1.8-litre petrol engine with a lithium-ion battery, you can travel up to 15 miles on electric power alone without using the engine, while CO2 emissions are 49g/km.

Beloved of Uber drivers, easy to drive and cheap to run, high-milers can be bought for less than £7,000, but we'd suggest stretching to at least £10,000 for a low-mileage example. 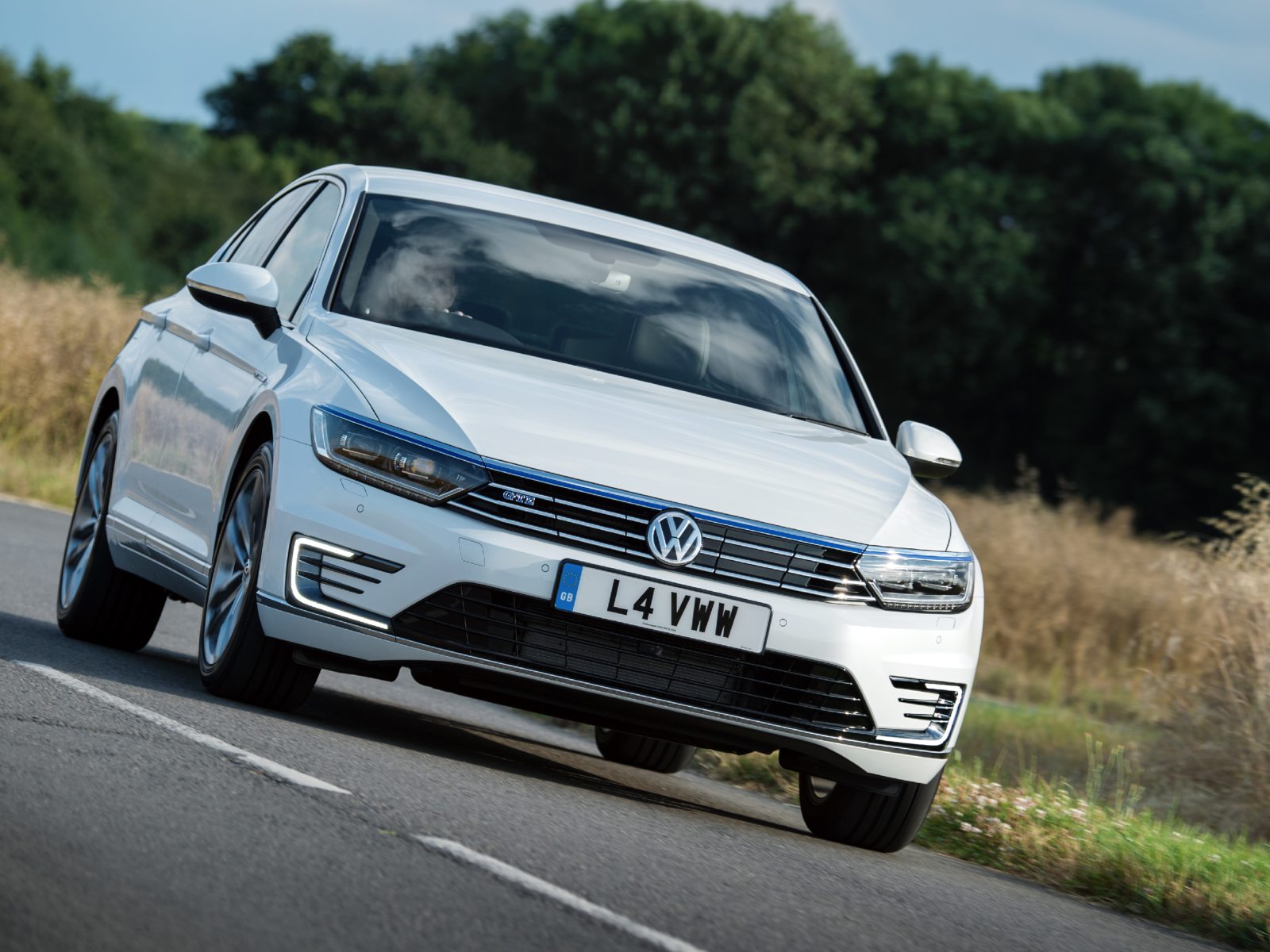 Combining a turbocharged 1.4-litre petrol engine developing 154bhp with a 113bhp electric motor, the plug-in hybrid version of Volkswagen's good-looking Mk 8 Passat can tackle journeys of up to 31 miles in pure electric mode.

Offering stacks of space, it's an impressively smooth cruiser, while CO2 emissions are as low as 40g/km. Also available as an estate, it's no slouch with a 0-62mph time of 7.6 seconds and a top speed of 140mph.

High-mileage PHEV Passats are starting to dip in below our £15,000 budget. Big bang for your buck.

Available as a plug-in hybrid (PHEV), self-charging hybrid or 100% electric, this five-door hatchback may not look that exciting, but it’s aerodynamic, surprisingly spacious, easy to drive and cheap to run.

Powered by a 1.6-litre petrol engine working in conjunction with an electric motor fed by a lithium-ion battery pack, it switches between petrol and electric modes seamlessly. Capable of up to 32 miles of all-electric driving on a full charge, CO2 emissions are as low as 26g/km. 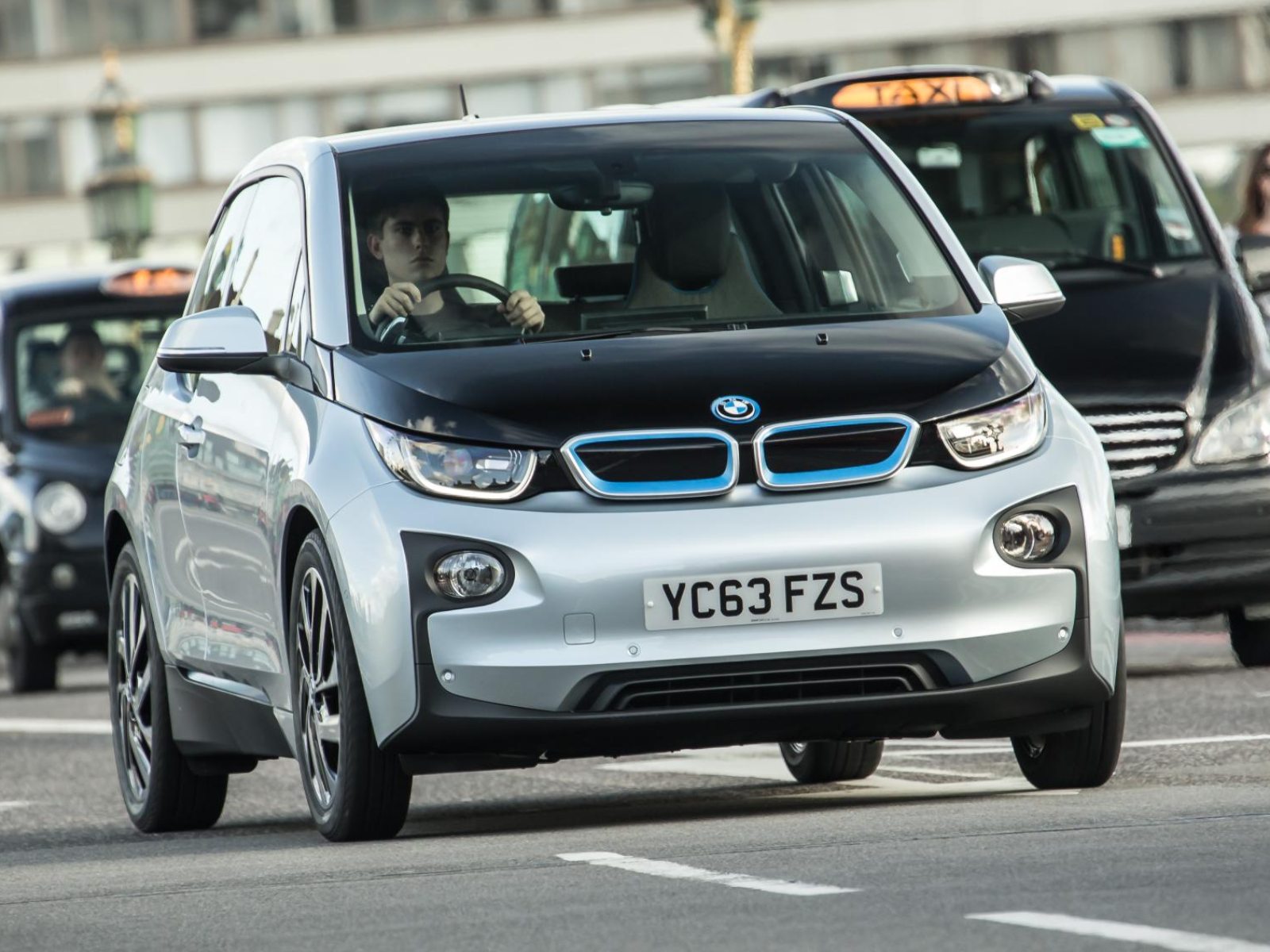 Just like the Vauxhall Ampera (above), the BMW i3 is not strictly a plug-in hybrid. Still one of the coolest cars on the road, it was initially available as a pure EV or 'Range Extender'.

Quirky, fun to drive and oozing premium badge appeal, the latter uses a two-cylinder 650cc petrol engine to provide additional charge to the drive battery, potentially doubling the 80-mile range (though its primary function is to get you home safely or to the next charge point without worrying about being stranded with a depleted battery).

BMW ceased production of the Range Extender version in 2019, but the good news is that it now represents a fantastic second-hand buy, starting at less than £10,000.