Join us in a trip down memory lane as we take a look at 10 of the best-selling cars of the 1990s.

The 1990s saw the fall of Margaret Thatcher and the rise of New Labour and Tony Blair.

'Britpop' bands like Blur, Pulp and Oasis dominated the charts along with the Spice Girls, but the best-selling single was Elton John's Candle in the Wind – a tribute to Princess Diana who tragically died in 1997.

The biggest movies of the 1990s were Titanic, Star Wars: Episode I – The Phantom Menace and Jurassic Park while the most watched British TV show of the decade was the Christmas 1996 edition of Only Fools and Horses with 24.35 million viewers on BBC1.

Arguably the biggest automotive trend of the 1990s was the rise of the compact MPV, or people carrier. The Renault Scenic (launched in 1996) is credited as the car that kick-started the boom.

We've taken a look at the UK's top 10 best-selling cars of the 1990s to give you a flavour of the automotive decade. 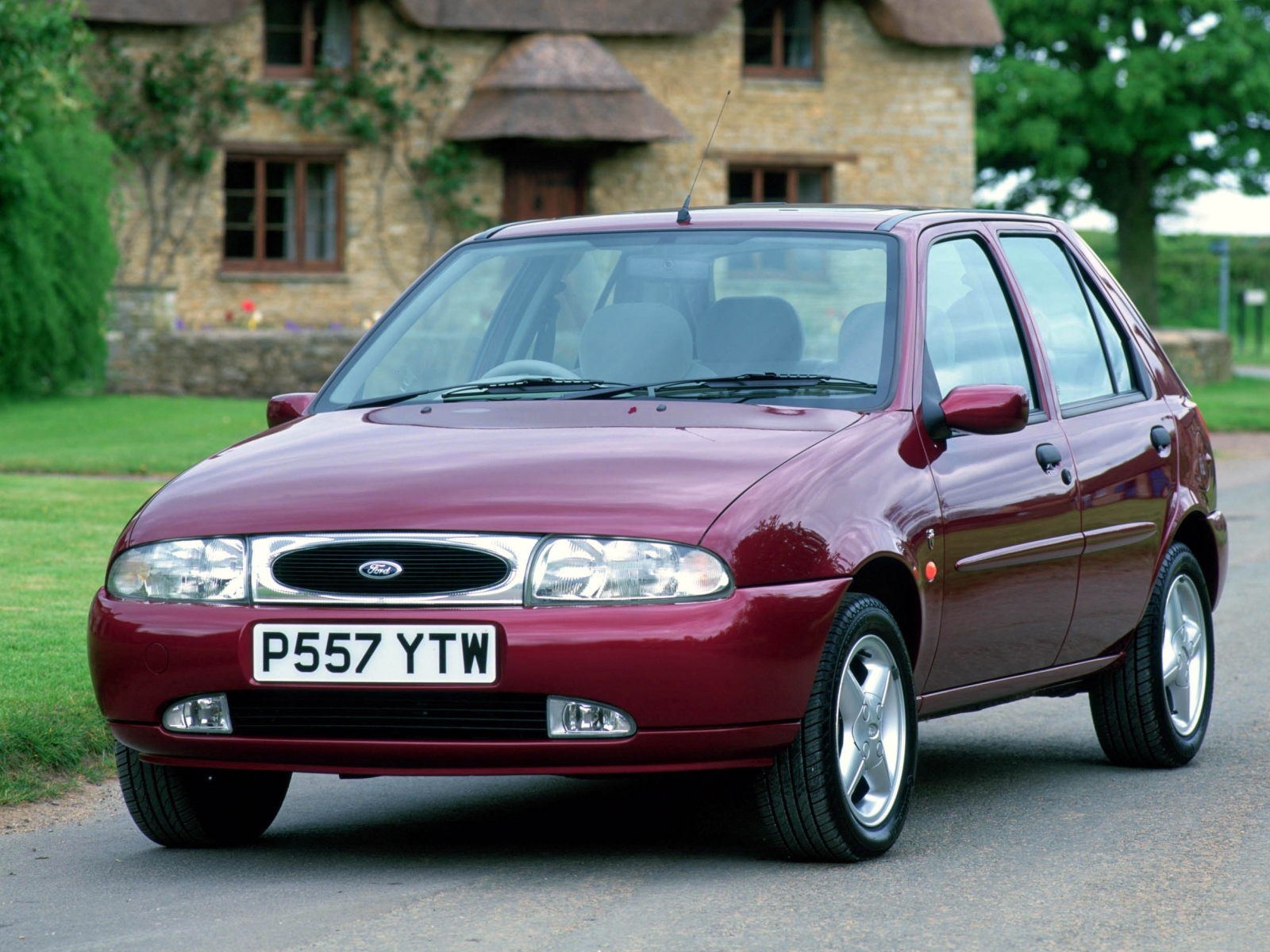 Ford's first supermini was originally launched in 1976 and it finished the 1980s as the UK's third most popular car, behind the Vauxhall Cavalier and Ford Escort (No 1).

By the end of the 1990s, the Fiesta was the most popular car in the UK, thanks to the Mk3 version which launched in 1989.

The Ford Escort ended the 1980s as Britain's most popular car, but it couldn't hold off the challenge of its smaller sibling, the Fiesta, over the next decade – superminis were all the rage.

By the end of its life a massive 4,105,961 had been sold, making it the most popular car in Britain ever until it was overtaken by the Fiesta in 2014.

Launched in 1979 and built in Britain at Vauxhall’s Ellesmere Port plant, the Astra was a family favourite and a popular company car during the 1990s.

The Mk3 (pictured) spanned most of the decade (1991-98) and was one of the first mainstream cars to include twin side impact bars, a toughened safety cage, a safely-designed steering wheel with a collapsible column and 'body-lock' mechanical front seat-belt pre-tensioners. It soldiered on until 1998 when it was relieved by the Mk4.

Now in its seventh generation, the Astra is better than ever and hanging in there, though by 2017 it had slipped to sixth position overall in the UK. 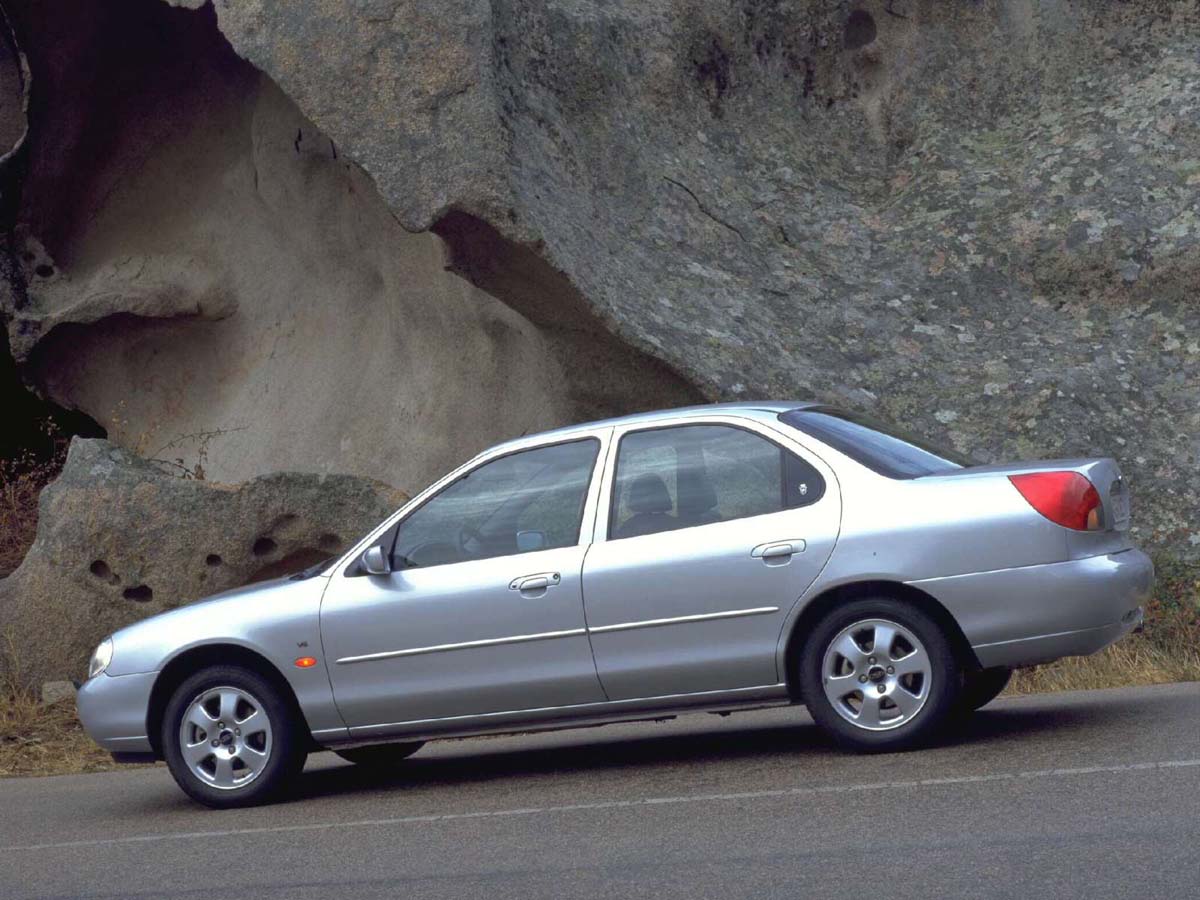 By the early 1990s, sales of Ford’s best-selling Sierra family hatchback were starting to decline, so a replacement was designed for the world market and launched in 1993.

Safety was a high priority for the all-new Ford Mondeo, helping it win the European Car of the Year title in 1994. A facelift kept it looking fresh in 1996 before the Mk3 was launched in 2000.

Now in its fourth generation, the Mondeo has become something of an automotive institution. The car is even credited with helping Tony Blair win the 1997 election, when he targeted the voter he called “Mondeo Man”.

The 1990s saw the Vauxhall Cavalier reach its sales peak. Originally launched in 1975, by 1990 it was a couple of years into its third and final generation. The Mk3 was also the most successful of them all, scoring its best sales in 1992 when it was the most popular new car in Britain after the Ford Escort.

After 20 years, Vauxhall decided to replace the ageing Cavalier with the Vectra. By the time production ceased in 1995, more than 1.6 million Cavaliers had found owners, making it the fifth best-selling car ever sold in Britain. 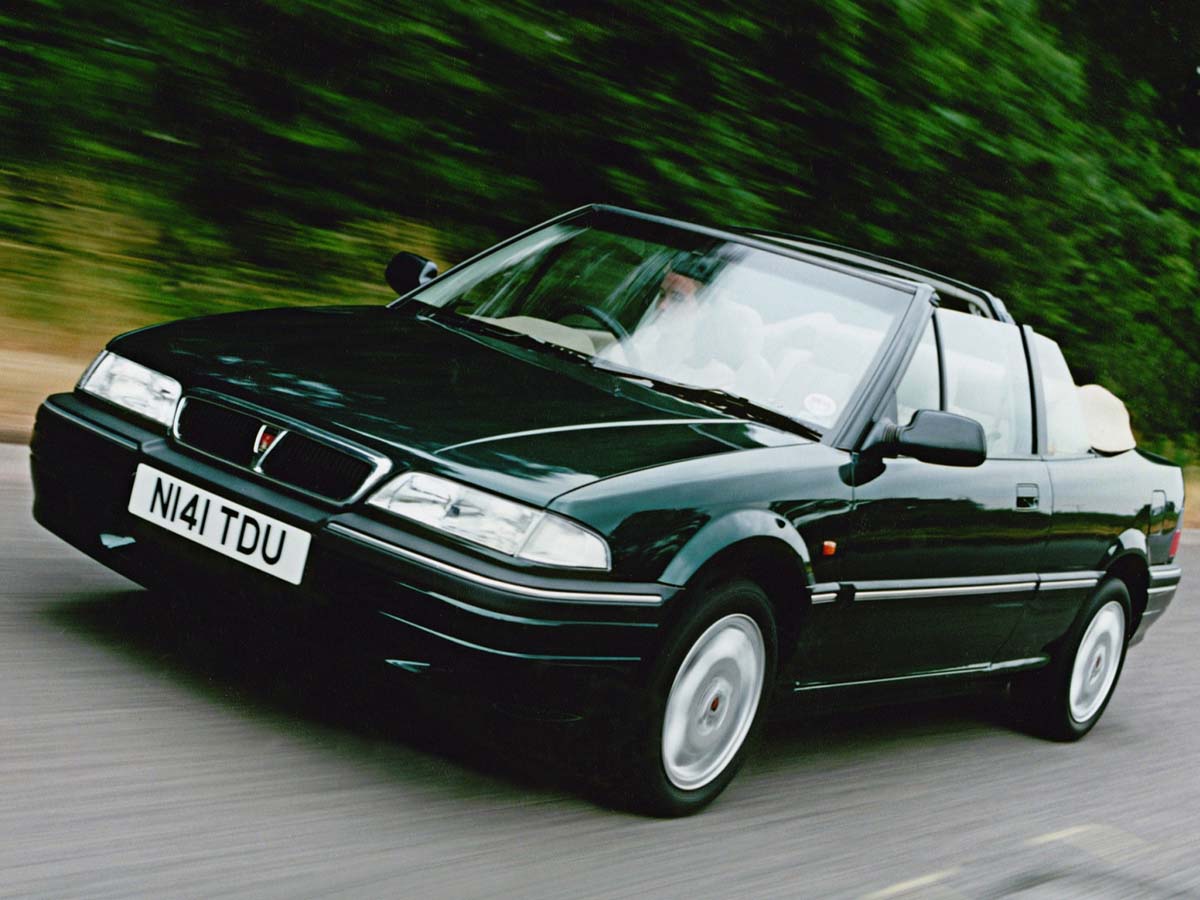 Originally launched in 1984, the Rover 200 was a product of the British company’s relationship with Honda. The Mk1 was a four-door saloon based on the Honda Ballade, while the second generation (1989-95) also spawned three-door hatchback, coupe and convertible (pictured) versions.

The teardrop-shaped Mk3 was slightly smaller and morphed into the Rover 25 in 1999. It sold well initially and was Britain's seventh-best-selling new car between 1996-98. However, within three years it had fallen out of the Top 10 completely. It soldiered on until Rover (by then MG Rover) finally ceased trading in 2005.

Vauxhall dropped the name 'Nova' for its supermini in 1993, so when the new model was launched it was known as the Corsa and its sights were firmly on the market leader – the Ford Fiesta.

This first Corsa carried on throughout the 1990s. Interestingly, the Corsa also spawned a small coupe, named the Tigra, in 1994. The Vauxhall Corsa is still going strong and the sixth generation is due to be unveiled in 2019.

The current Corsa finished 2017 as the UK's fifth best-selling car with 52,722 registrations, just behind the Nissan Qashqai SUV. Now there's a sign of the times... 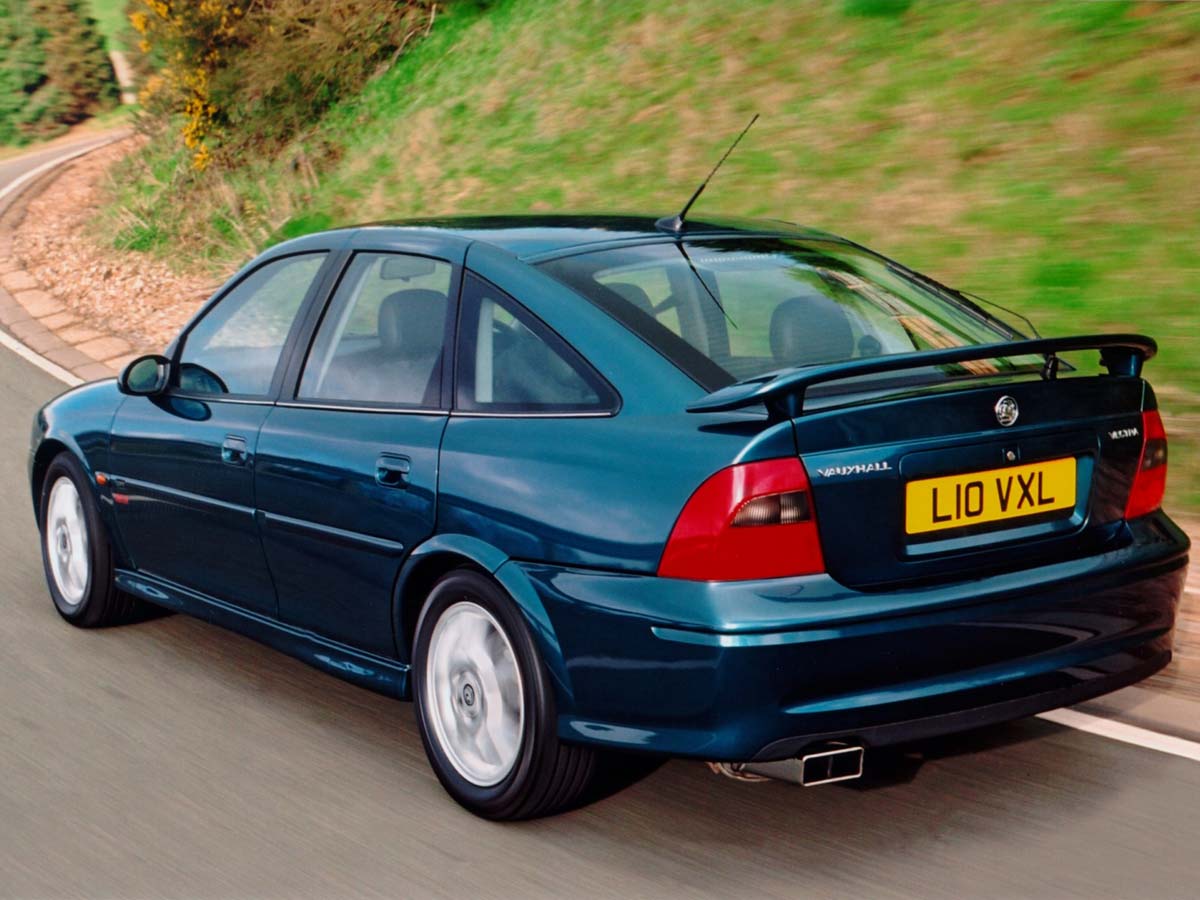 When Vauxhall decided to replace the Cavalier (1975-95) with the Vectra, the model range included a five-door estate version for the first time.

More stylish than its predecessor, the Vectra was able to give the new Ford Mondeo a run for its money. However, its launch was not without controversy – Top Gear's Jeremy Clarkson famously refused to drive it because he claimed it was so dull. Shame, because it wasn't such a bad car.

In 2000 the 750,000th Vectra rolled off the production line. However, the Vectra was to be the last model produced at the company's Luton plant where car production ceased in 2002 after nearly 100 years. Following a second generation (2002-08), the Vectra was replaced by the Insignia in 2008. 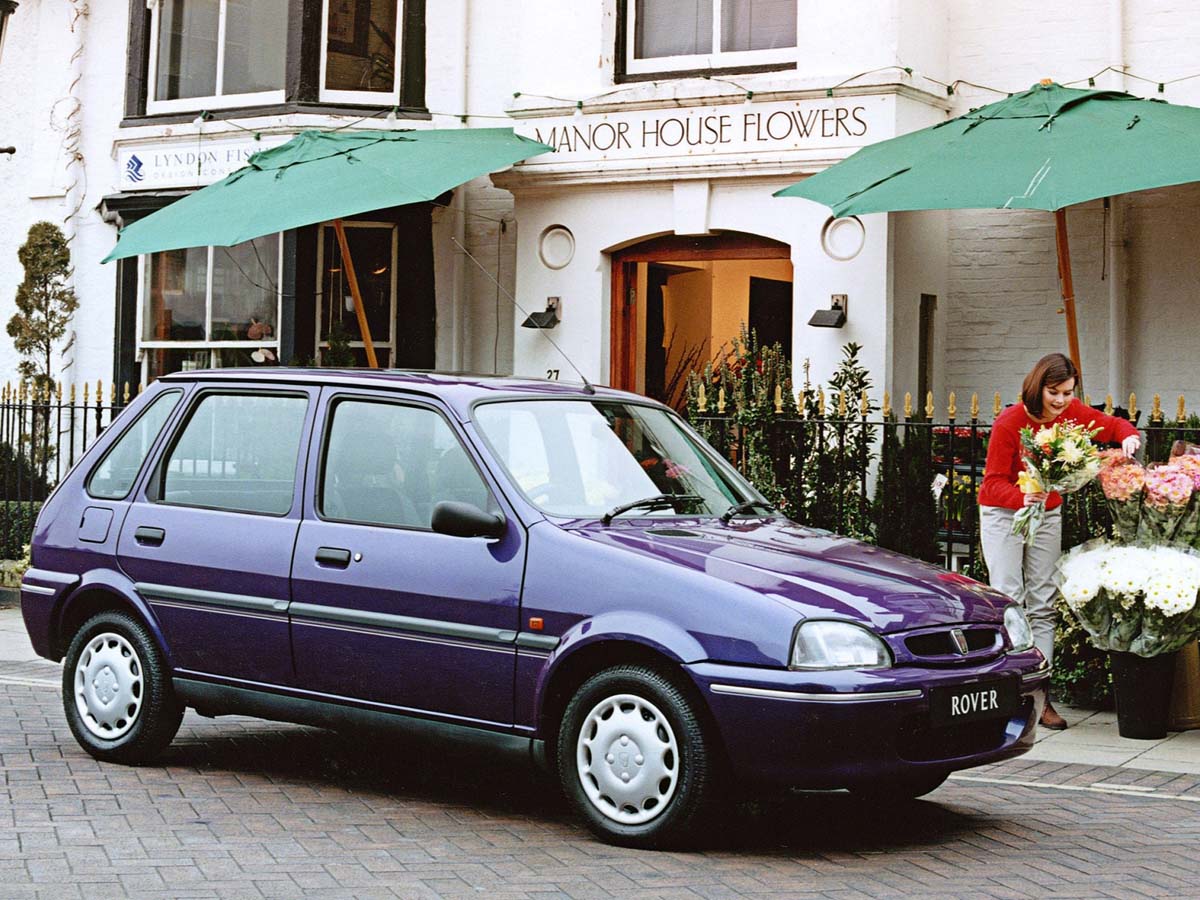 Originally launched in 1980 as the Austin Mini Metro, by the 1990s it was showing its age and struggled to compete with the market-leading small cars – the Ford Fiesta and Vauxhall Corsa.

In total, 2,078,218 Metros of all types were built, though it's now a rare sight on our roads. The Rover 100 Knightsbridge (pictured) from 1996 was one of many special editions.

Launched in 1982 and facelifted in 1987, Ford's Cortina replacement was the fifth best-selling car of the 1980s. It was a global car – manufactured in Germany, Belgium, the UK, Ireland, Argentina, Venezuela, South Africa and New Zealand.

However, by the late 1980s sales were declining and it was dated technologically compared to its competitors. So, in 1993 it was replaced by the Mondeo – a modern, front-wheel drive family car – and the rest is history.

Even though the last Sierra rolled off the production line in December 1992, it was still selling well enough to squeeze into the Top 10 of Britain’s best-selling cars of the 1990s. In all, 1,299,993 Sierras were sold over its lifetime.