The 1980s was a fascinating time that changed so much in the world. British politics was dominated by Margaret Thatcher, while the decade also marked the end of the Cold War with the collapse of the Berlin Wall.

Use of computers and video games exploded, mobile phones were introduced and US space shuttles blasted off into space. The music industry was dominated by the likes of Michael Jackson, Whitney Houston, Duran Duran, Prince and Madonna and the big films included ET, Return of the Jedi and Ghostbusters.

There were big changes in the car industry with Nissan becoming the first Japanese manufacturer to set up a UK factory in 1986, and it wasn't long before Honda and Toyota followed.

Meanwhile, the writing was on the wall for British Leyland, while the futuristic, but short-lived DeLorean DMC-12 went into production in Northern Ireland in 1981.

We've looked at the UK's top 10 best-selling cars of the 1980s to give you a snapshot of the decade.

Ford launched the Escort in 1968 as a replacement for the ancient Anglia. Built at Halewood on Merseyside, it became a huge success, but it wasn't until the third generation (1980-86) that it acquired a hatchback.

The Escort continued until 2004 when it was replaced by the Focus. By the end of its life, a massive 4,105,961 had been sold, making it the most popular car in Britain ever. It held the record until 2014 when it was overtaken by its little brother, the Fiesta.

Also built as an estate and cabriolet (pictured), sporty versions including the XR3 are the stuff of legend. 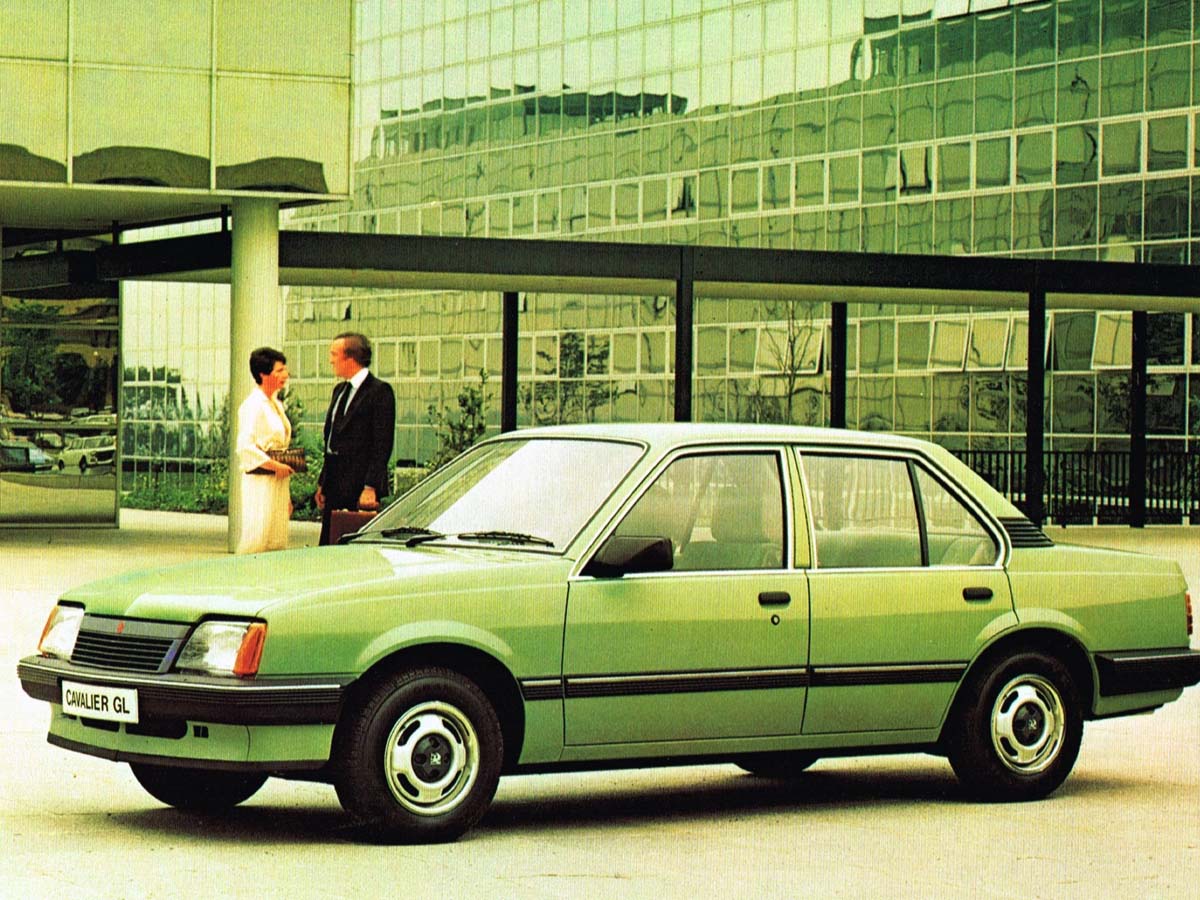 The Vauxhall Cavalier was a large family car that also proved to be a hit in the fleet market. Built between 1975-95, three generations were produced, but sales took off when the Mk2 was introduced in 1981.

Available with front-wheel drive and a hatchback for the first time, 807,624 examples were sold between 1981-88. By the time production stopped, a total of more than 1,800,000 Cavaliers had found owners, making it the fifth most popular car ever sold in Britain. In 1995 the Cavalier was replaced by the Vectra. 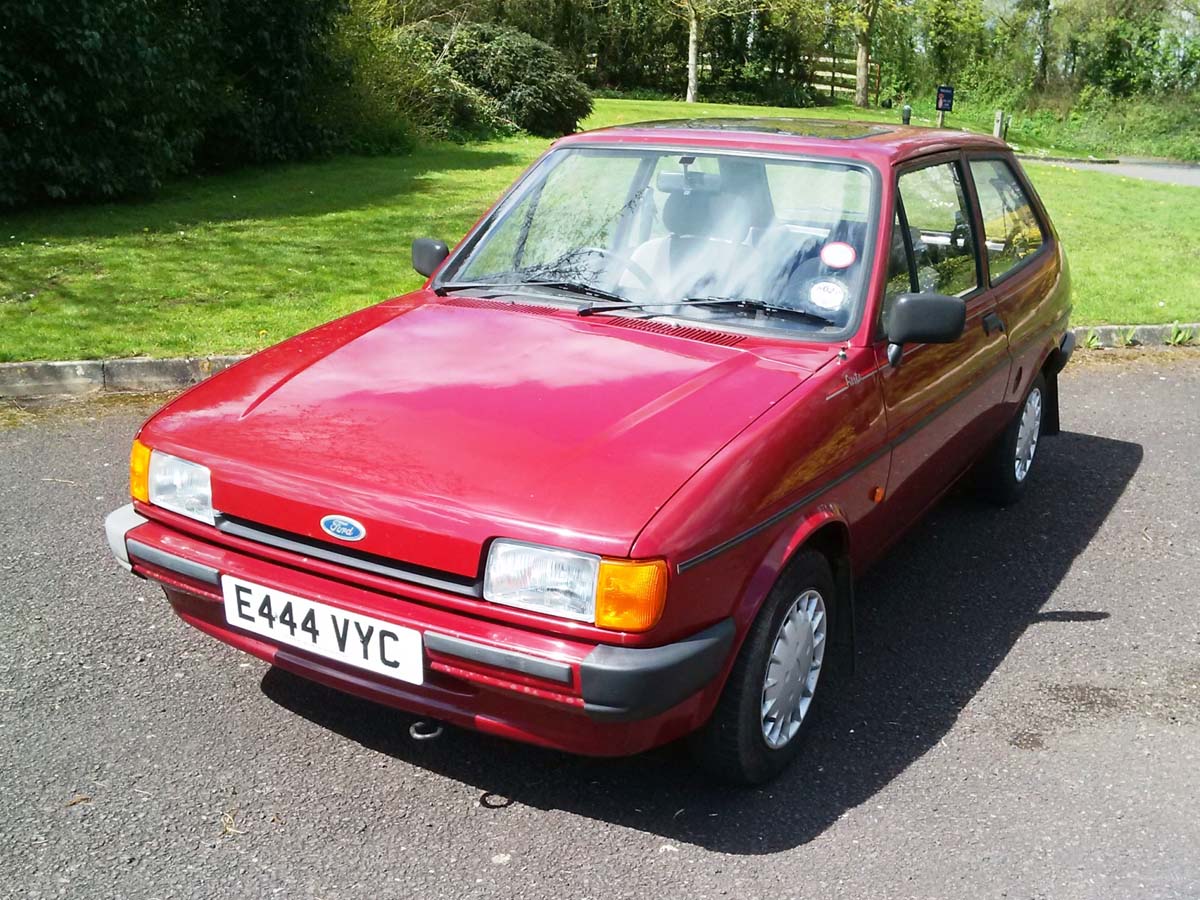 Ford's first supermini was launched in 1976. After the oil crisis of the early 1970s, Ford needed to compete with the likes of the Fiat 127 and Renault 5 and the frugal Fiesta was just the ticket.

The sporty XR2 version, released in 1984, was a highlight for many a boy racer, offering a 0-60mph time of 9.3 seconds, which was quick in its day!

Now in its seventh-generation, in 2014 it overtook the Escort to become Britain's best-selling car ever with sales of more than 4.5 million.

Marketed at launch as a "British car to beat the world", the Metro was the long-awaited successor to the original Mini (introduced in 1959).

Launched in 1980 as the Austin Mini Metro, it was even the car of choice for a certain Lady Diana Spencer. Also available in sporty MG spec (pictured), the Metro was sold as a Rover 100 from 1990.

Nicknamed the ‘Jellymould’ when it was launched in 1982, Ford’s futuristic Cortina replacement wasn't an instant hit, but gradually picked up sales to become a popular model.

Successfully facelifted in 1987, sales continued to climb through the 1980s, but the last Sierra rolled off the production line in December 1992 and it was replaced by the Mondeo in 1993.

Again, Ford made hot versions of the Sierra, including the awesome RS Cosworth of 1986 which was capable of a blistering 150mph.

Interestingly, the Astra was Vauxhall's first model to have front-wheel drive. The boxy hatchback was named What Car?’s ‘Car of the Year’ for 1980.

Now in its seventh generation, the Astra is better than ever and still selling well, but it's found itself trailing the Volkswagen Golf, as well as the market-leading Ford Focus in the UK. 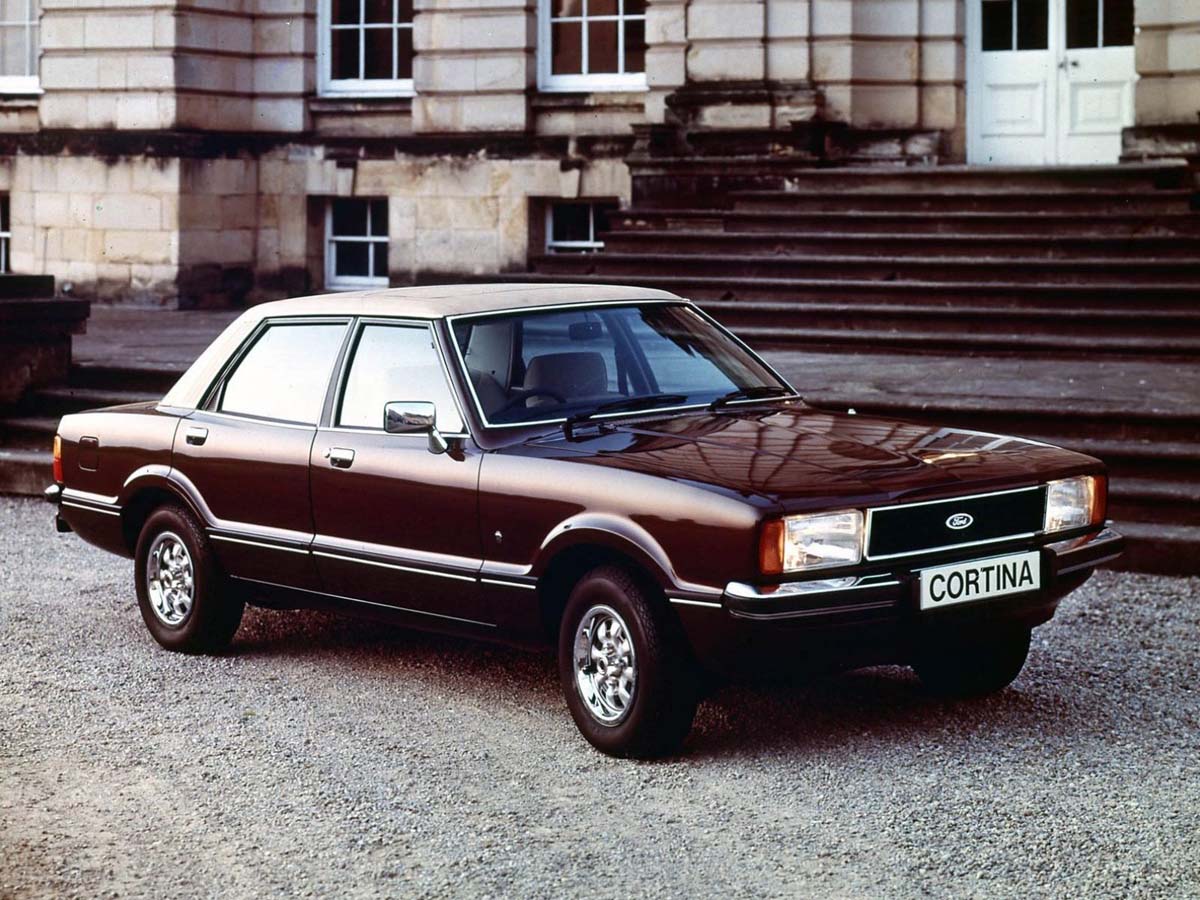 Originally launched in 1962, the Ford Cortina became a British institution. There were four generations and each one was a million-seller.

By 1982 (its final year of production) the boxy Mk4 was still selling well enough to be No 2 in the Top 10. However, it was being overtaken by the smaller Ford Escort and it was eventually replaced by the Sierra.

A total of nearly 2.6 million Cortinas were sold in Britain during its 20-year production life.

The 1980s was all about hatchbacks, but the booted version of the best-selling Escort proved that there was still demand for saloons.

Such was the success of the Orion that other manufacturers followed suit with saloon car versions of hatchbacks such as the Vauxhall Belmont (Astra) and Fiat Regata (Strada). 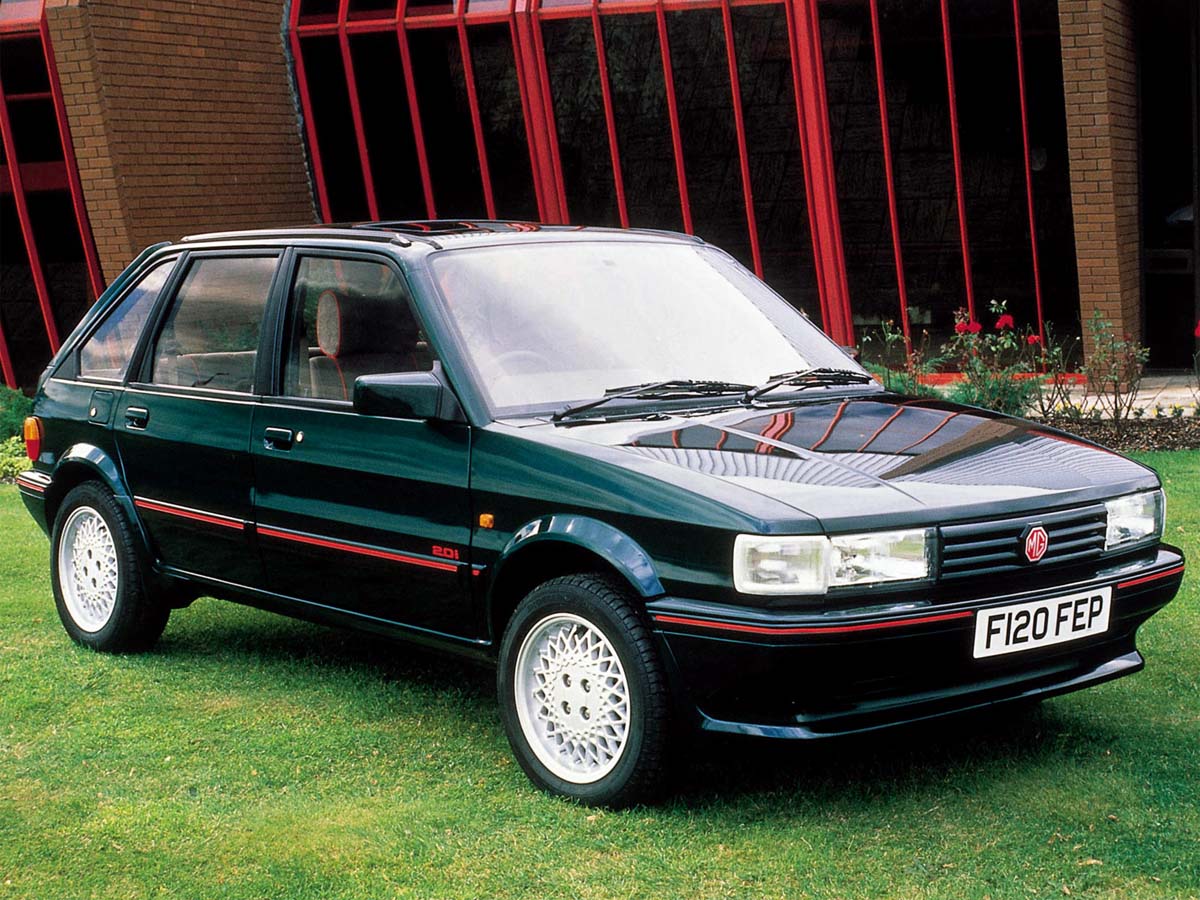 Produced between 1983-95, the Austin Maestro (MG version pictured) was the successor to the Maxi (hatchback) and Allegro (saloon).

Even though it had many pioneering features for its class including a digital speedometer and state-of-the-art voice synthesizer, it was blighted by poor build quality and failure in the fleet market. During its lifetime 605,000 Maestros were sold. 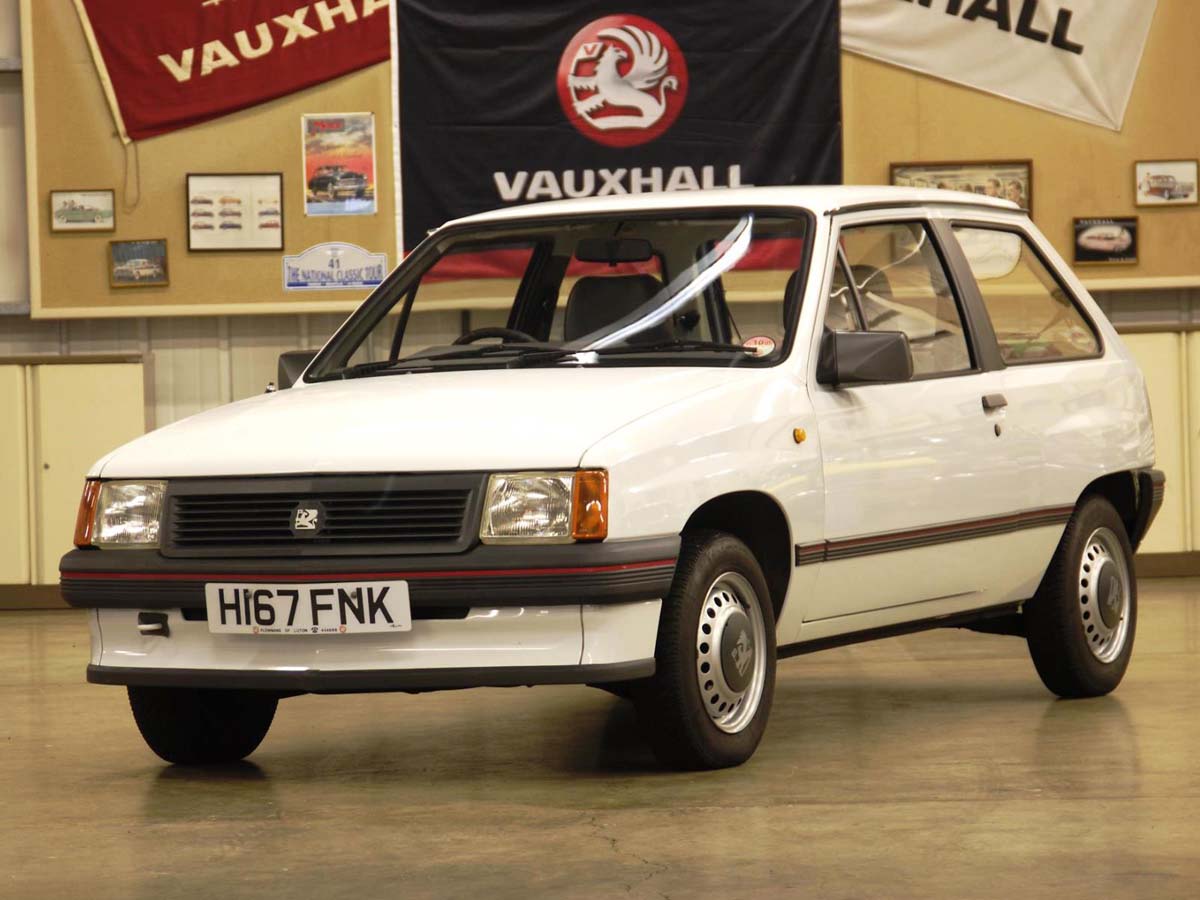 Effectively replacing the ageing Vauxhall Chevette, the little Nova supermini was launched in 1983.

Available as a two or five-door hatchback and unattractive two/four-door saloons, it gave Vauxhall a decent rival to the Ford Fiesta and Austin Metro. When production finished in January 1984, nearly 500,000 Novas had been sold in Britain.

Vauxhall dropped the Nova name in 1993 and the second generation became known as the Vauxhall Corsa.