Just passed your test and looking for a used car? We've got 15 great options for under £5,000.

In 2020 nearly seven million used cars changed hands in the UK, many of which will have been first cars bought by new drivers.

If you've just passed your test, you'll be eager to get on the road as soon as possible, but choosing and buying a second-hand car can be a stressful experience, especially on a limited budget.

We've come up with a list of 15 of the best options for less than £5,000. They’re all compact, aged 10 years or below, easy to drive, relatively economical to run and cheap to insure.

They may not be your idea of a dream car packed with the latest tech, but they’re sensible confidence-building first car choices. Whether you’re a student or you’ve just passed your driving test, these cars are worth considering.

For more advice, check out these guides:

Developed alongside the Fiat 500, the second-generation Ford Ka (2009-2016), may not look as retro cool as its Italian cousin, but it makes just as much sense as a small, efficient three-door city car.

It's not the most spacious car for rear-seat passengers and boot space is modest, but it's nippy, cheap to run and maintain. Though it was available with a diesel engine, we'd opt for the more common 1.2-litre petrol.

There are plenty to choose from, so be picky and steer clear of high mileage examples. They can be bought for as little as £2,000, but we'd advise spending a little more for a later year example. 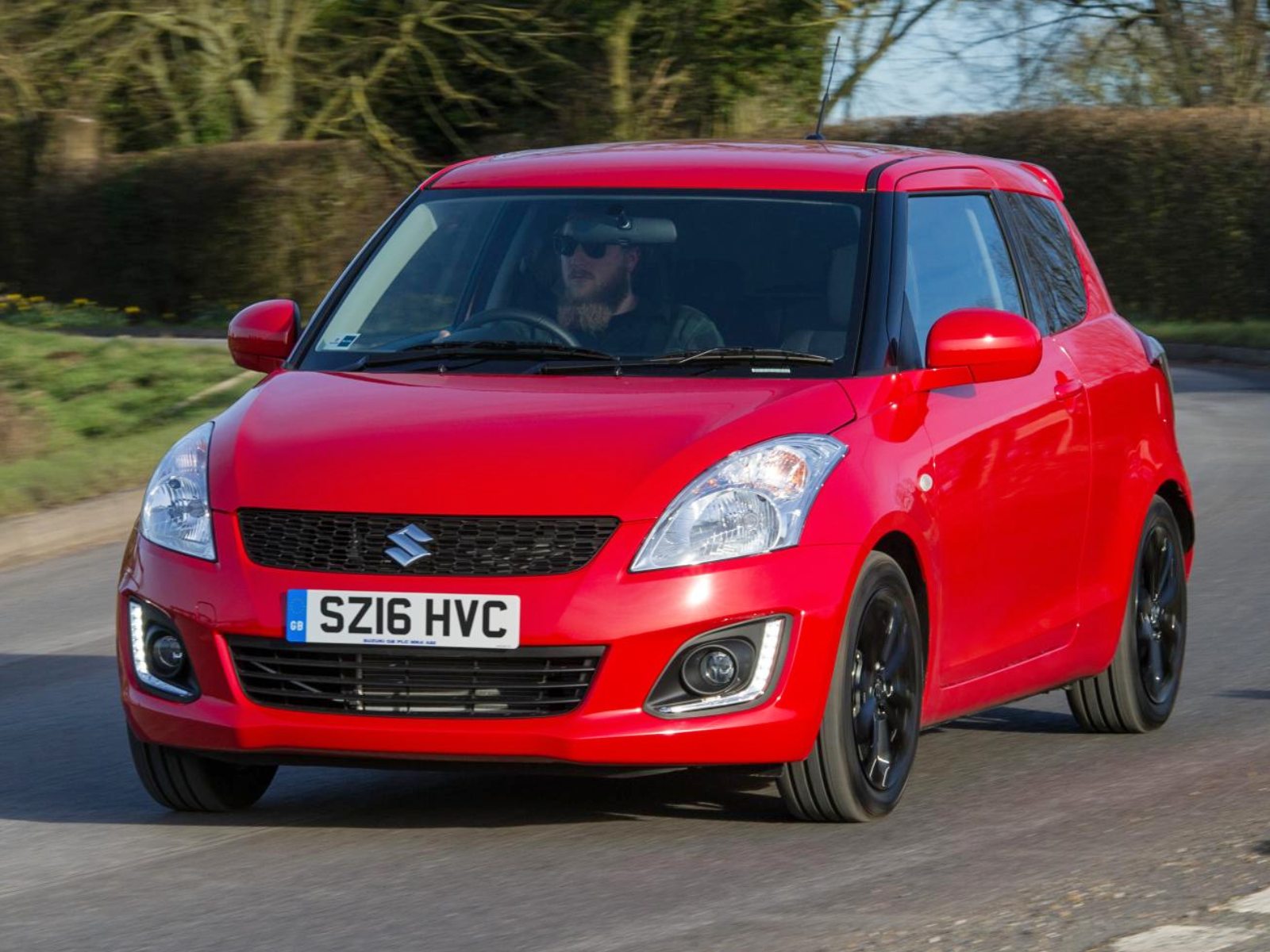 Built from 2010-2017, the second-generation Swift supermini was a big seller for Suzuki. Rewarding to drive, it was also frugal, if a little tight for adults in the back.

Thought it was available with a diesel engine, we'd opt for the later 1.2-litre petrol turbo (Dualjet) which was a good blend of performance and economy. Search for a post-2013 facelift model for £3,500 upwards.

Launched in 2012, facelifted in 2017 and now out of production, Skoda's popular Citigo was one of the best small cars on the market and its many awards include Best City Car (less than £6,000) at the What Car? Used Car of the Year Awards 2019.

Almost identical to its Volkswagen Group cousins, the Seat Mii and VW Up!, the Citigo is more spacious than it looks and fun to drive.

Don't expect hot hatch performance from the little three-cylinder 1.0-litre engine (59 or 74bhp), but few small cars handle better. If you have a budget of £3,000 or above, this small car gem is well within reach.

The Fiesta is the UK's biggest-selling new car and the number one used vehicle. The eighth-generation Fiesta was launched in 2017 and many examples are feeding into the second-hand market. However, used models under £5,000 will be Mark 7s (2008-2017).

With sharp steering and excellent grip, the Fiesta has always been one of the most engaging cars in its class to drive. Starting at less than £3,000, there's loads of choice out there, but we'd recommend paying closer to £4,000 for a low mileage example from 2011 onwards.

Go closer to £5,000 and you can get a facelifted Fiesta (pictured) from 2013 with Ford’s efficient 1.0-litre EcoBoost engine.

The Citroen C1 has always been a popular choice for young drivers, whether it's the first-generation car (2005-14) or the latest model (pictured).

The Mk1 is well within budget, there's plenty of choice and £2,000 will buy you a very tidy low miler. Expect to spend at least £3,500 on a second-generation model. Either way, if you're looking for a fun drive and you like thrummy three-cylinder engines, it might be just what you're looking for.

The award-winning second-generation Hyundai i10 city car (2014-2019) is cheap to run, easy to drive and more spacious than it looks. It was also blessed with an excellent five-year warranty, so more recent second-hand examples will still be covered.

Facelifted in 2017, there are plenty of well-equipped i10s to choose from and they have a good reputation for reliability. Don't expect hot hatch performance from the 1.0 or 1.2-litre petrol engines, but who's complaining when you can snap up a low mileage example for less than £4,000?

On sale since 2008, the funky Fiat 500 oozes retro chic and has aged really well. It's not hard to find early examples on the road looking almost as good as new, so they make a great second-hand choice. It may be small, but four adults can squeeze in and it's fun to drive and cheap to run.

Treated to a minor facelift in 2016, which included upgraded safety and infotainment tech, there's no shortage of Fiat 500s in the classifieds. High milers start at less than £2,000, but we'd recommend spending £3,000+ on a later, low-mileage example with a full service history. You can choose a diesel version, but the 1.2 petrol is the best all-rounder.

Developed alongside the similar Citroen C1 and Peugeot 108, the Aygo is fun to drive and cheap to run with its frugal, yet eager, 1.0-litre three-cylinder petrol engine.

Whether you choose the first generation (2005-2014) or the latest version, which was launched in 2014, the Toyota Aygo is a popular first car option. 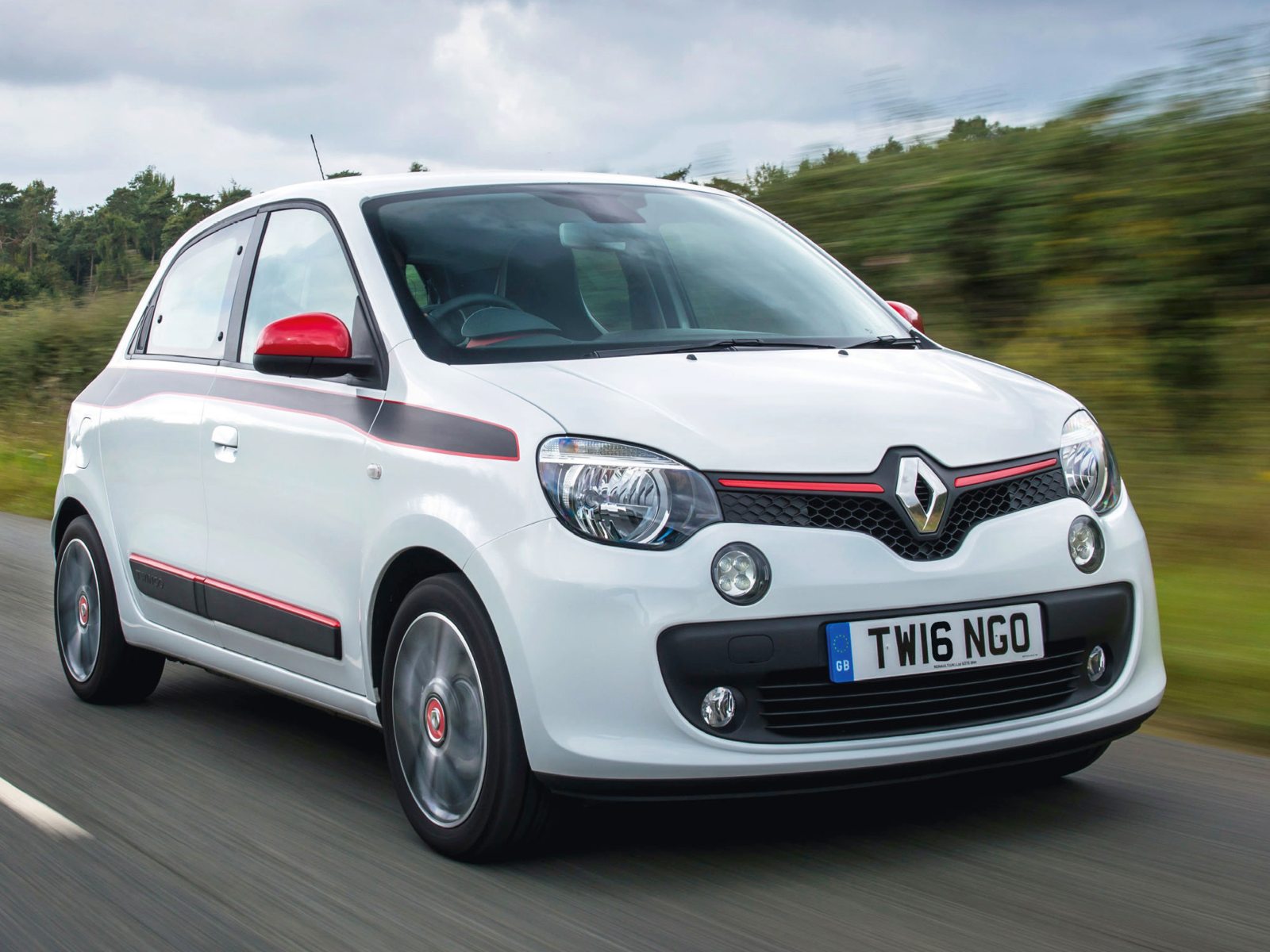 The second generation Twingo (2014-2019) is unusual because it's one of the few rear-engined cars on the road. Developed alongside the near-identical Smart Forfour (worth considering as an option if you decide to search for a Twingo), it's a great second-hand buy.

Boasting a remarkably tight turning circle, it's especially easy to drive in town and it's economical to run. Most Twingos are low milers and they can be snapped up from £3,500. 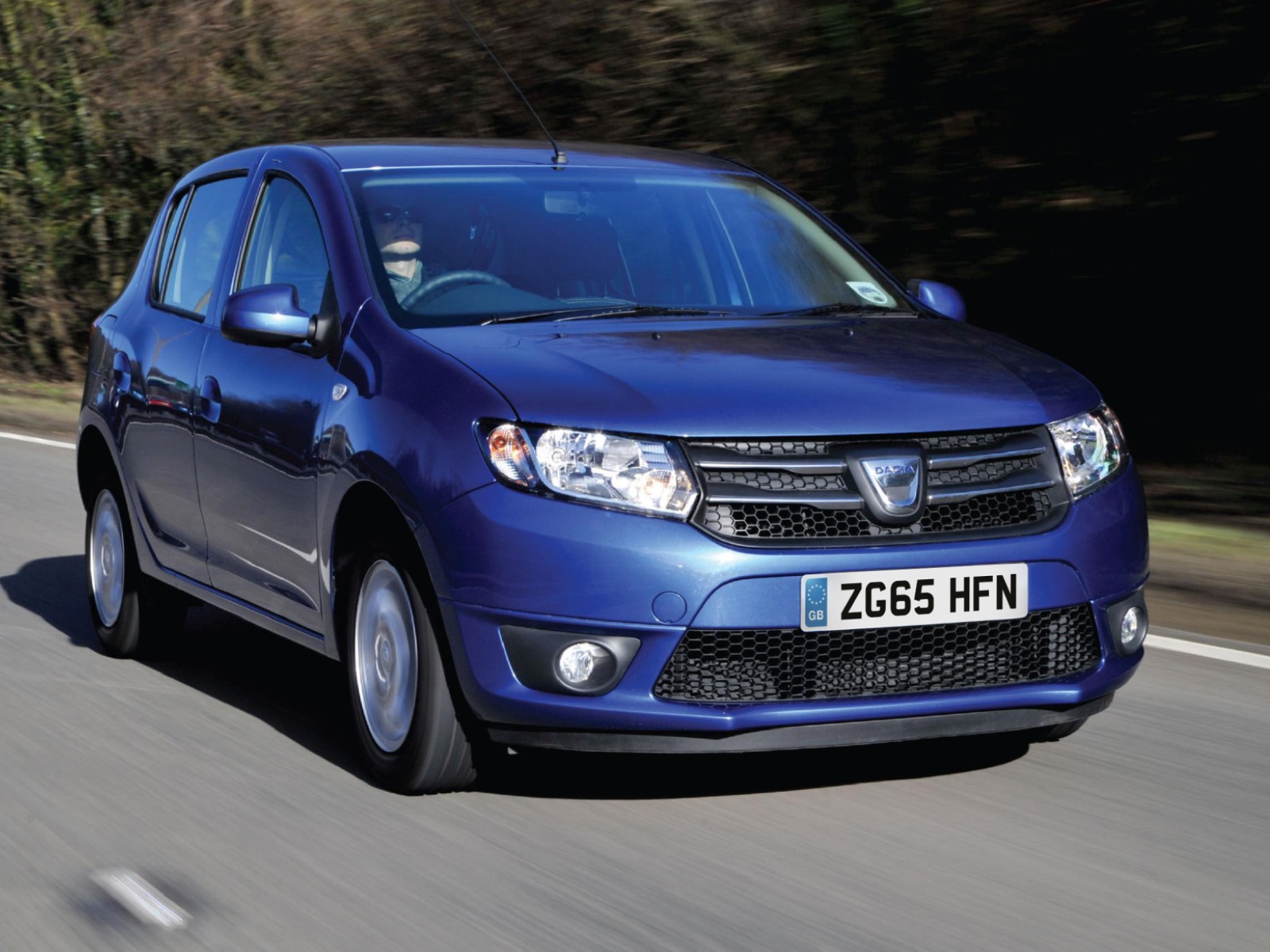 Throughout its life, the Sandero (from Renault's Romanian budget brand, Dacia) has been the cheapest car on the new car market. Launched in the UK in 2013 and only available as a five-door, it's cheap to run and offers spacious, practical no-frills motoring.

Built from 2006-2014 and facelifted in 2011, the fourth generation Vauxhall Corsa has been one of the UK's best-selling superminis for years because it's a very competent all-rounder. Affordable, dependable, easy to drive and good value for money, it's another great first car choice.

There are loads of examples out there and it's possible to get a low-mileage 2013 example for as little as £2,500. We'd recommend either the economical 1.3-litre CDTi diesel for high-mileage drivers or the 1.2-litre petrol.

Kia's Picanto city car is a good used buy, but if you want a little more space the Rio supermini is worth considering. The third-generation model (2011-2017) was a real step-up from its predecessor and is yet another demonstration of the impressive progress made by the South Korean manufacturer.

Look hard enough and used examples of this hidden gem can be found for as little as £3,000, though we'd advise having a budget closer to £4,000. In fact, if you go for a more recent Rio it may still be covered by the remaining portion of Kia's superb seven-year/100,000-mile warranty. If you do lots of miles then go for the frugal 1.1-litre diesel – otherwise the 1.25-litre petrol will do just fine for most.

On sale between 2009 and 2017, the Mk5 Polo is still a fantastic supermini choice. Refined, well built and generously equipped, it offers a refined drive and there's a good set of efficient engines available.

Expect to pay at least £4,000 for a good one with low mileage. Again, go for a diesel (1.2-litre) if you rack up the miles, but we'd recommend either the 1.2 or 1.4-litre petrol-engined models which are great all-rounders. 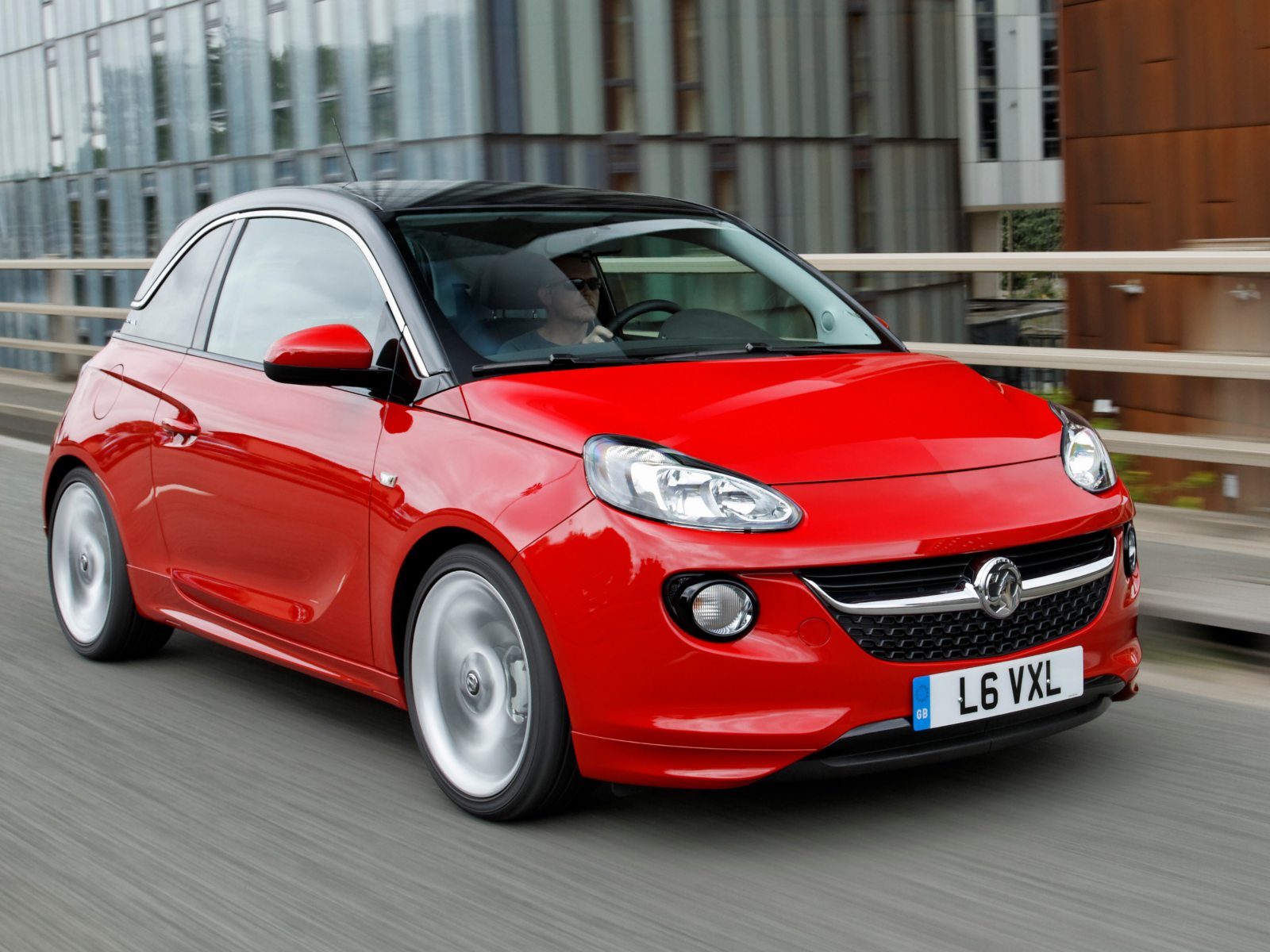 Named after Adam Opel, the founder of Vauxhall's sister company (Opel), this funky three-door supermini was based on the Corsa but focused more on style than practicality.

Though it's snug in the back and luggage capacity is modest, it drives well and running costs are low. If possible, go for the 1.0-litre petrol turbo engine because it offers the best performance/economy balance. Expect to pay at least £4,000 for a cherished Adam.

Skoda's supermini has long been a favourite with new drivers, and the great news is that the second-generation model (2007-2014) is well within range price-wise.

Practical, well built and surprisingly spacious, it's a solid buy. What it loses out in looks and driver engagement, it gains when it comes to dependability.

Available with a big range of petrol and diesel engines, we'd play safe and choose a 1.2 or 1.4-litre petrol. Good post-2010 examples (it was facelifted that year) with low mileage can be snapped up from less than £3,000.