If you're in the market for a new set of wheels in 2021, then you're going to be spoilt for choice.

From SUVs to supercars, dozens of new models will hit showrooms, with electric and hybrid vehicles leading the charge.

The move towards zero emissions mobility is no surprise, especially when you consider that the UK is heading towards a ban on the sale of all new petrol and diesel cars in 2030. 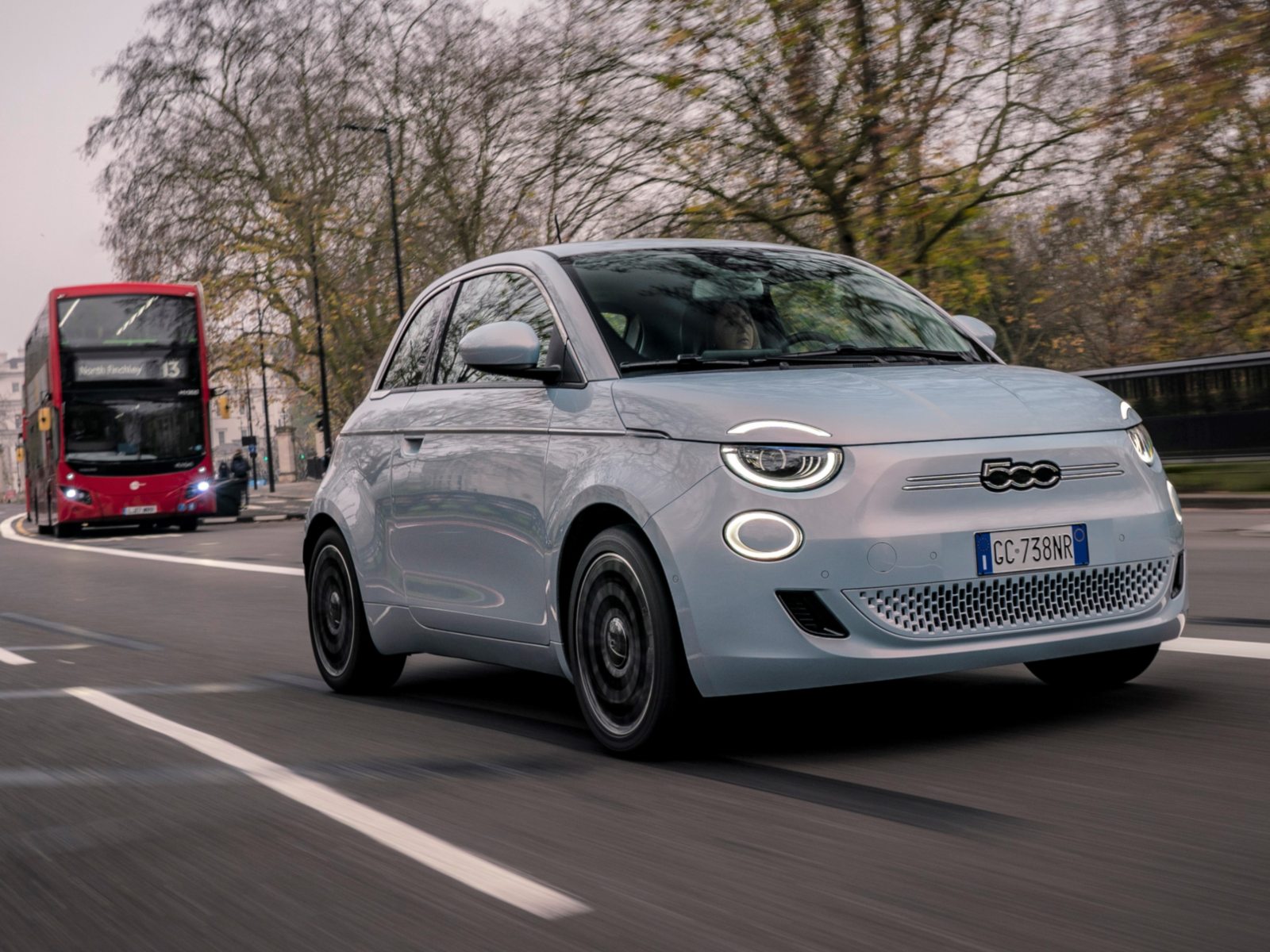 Let's start with a game-changer. This is the all-new, all-electric, affordable Fiat 500. Its cute design stays true to the first two generations of the iconic people's car, but this time round there will be no petrol or diesel versions.

Instead, its 42kWh battery is good for a claimed 199 miles of range, which is significantly more than its city EV rivals – the MINI Electric and Honda E. 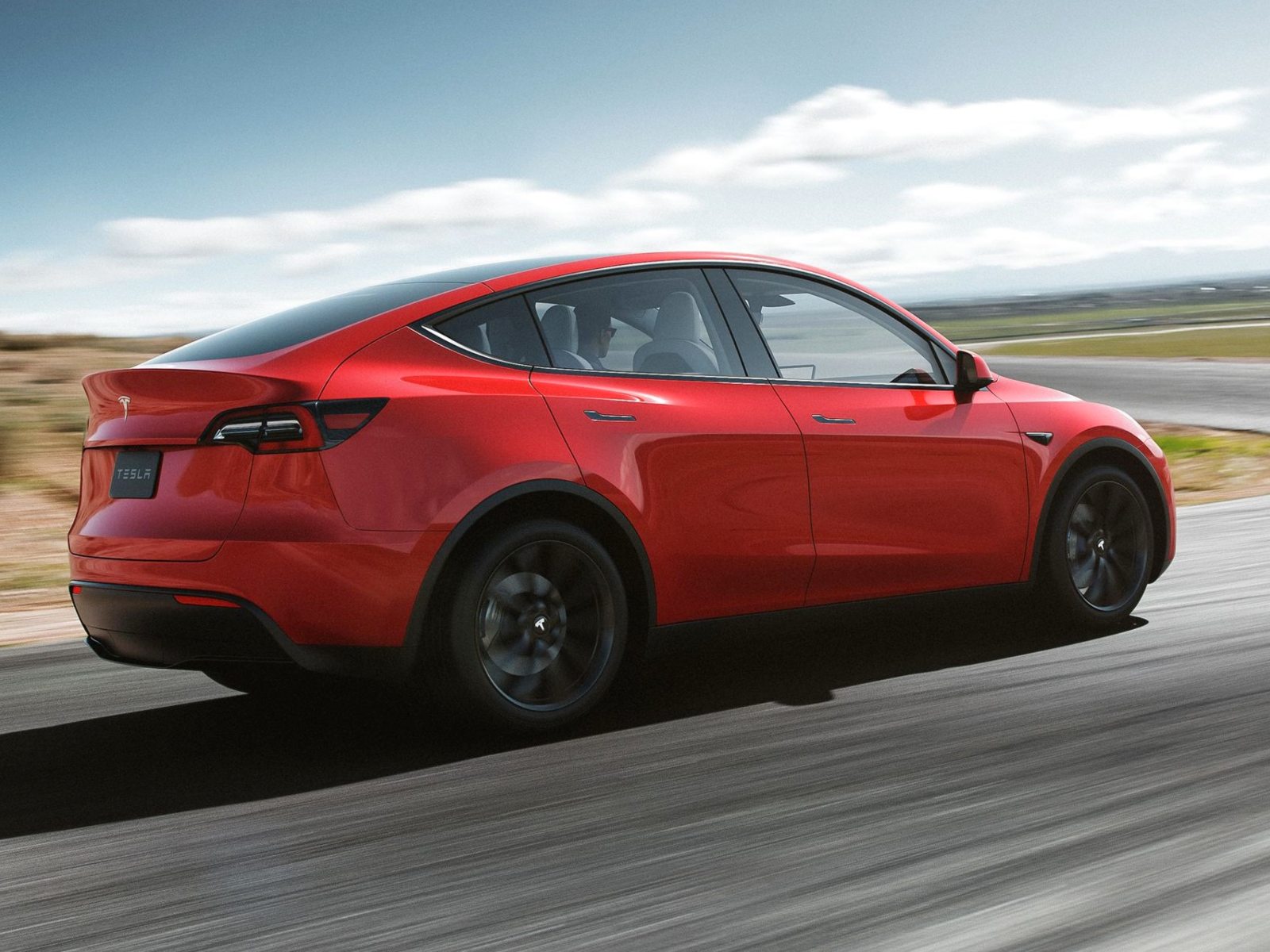 Tesla's most affordable car, the Model 3 saloon, was one of the biggest successes of 2020.

Next up is the SUV version, offering a range of up to 314 miles. It may not feature the gullwing doors found on the bigger and more expensive Model X, but it still looks like nothing else on the road. 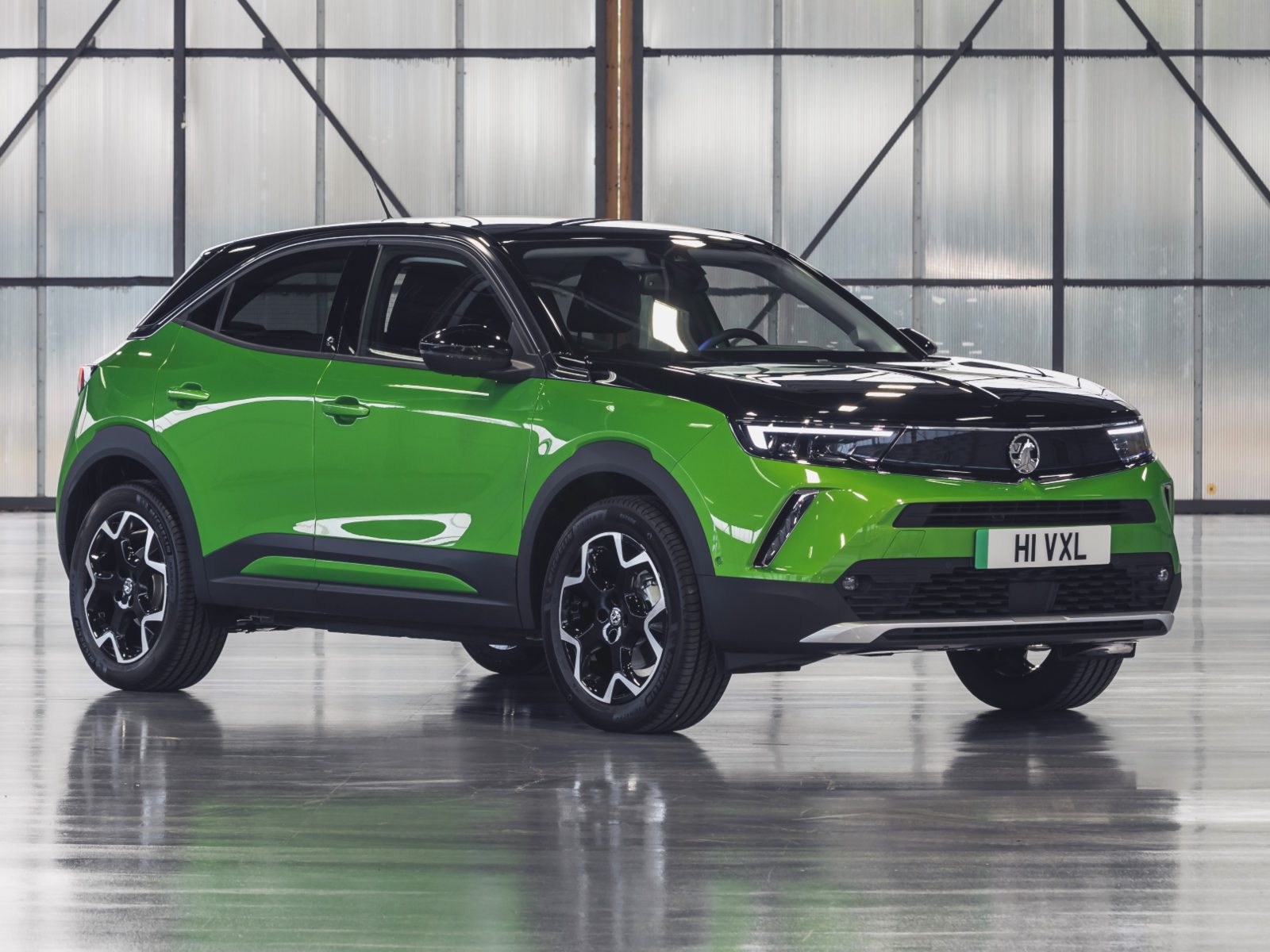 Available with a choice of petrol and diesel engines, plus a 100% electric variant, it's well equipped too – entry-level SE models get 16-inch alloy wheels, a 7.0-inch infotainment touchscreen, LED lights and automatic emergency braking (AEB). 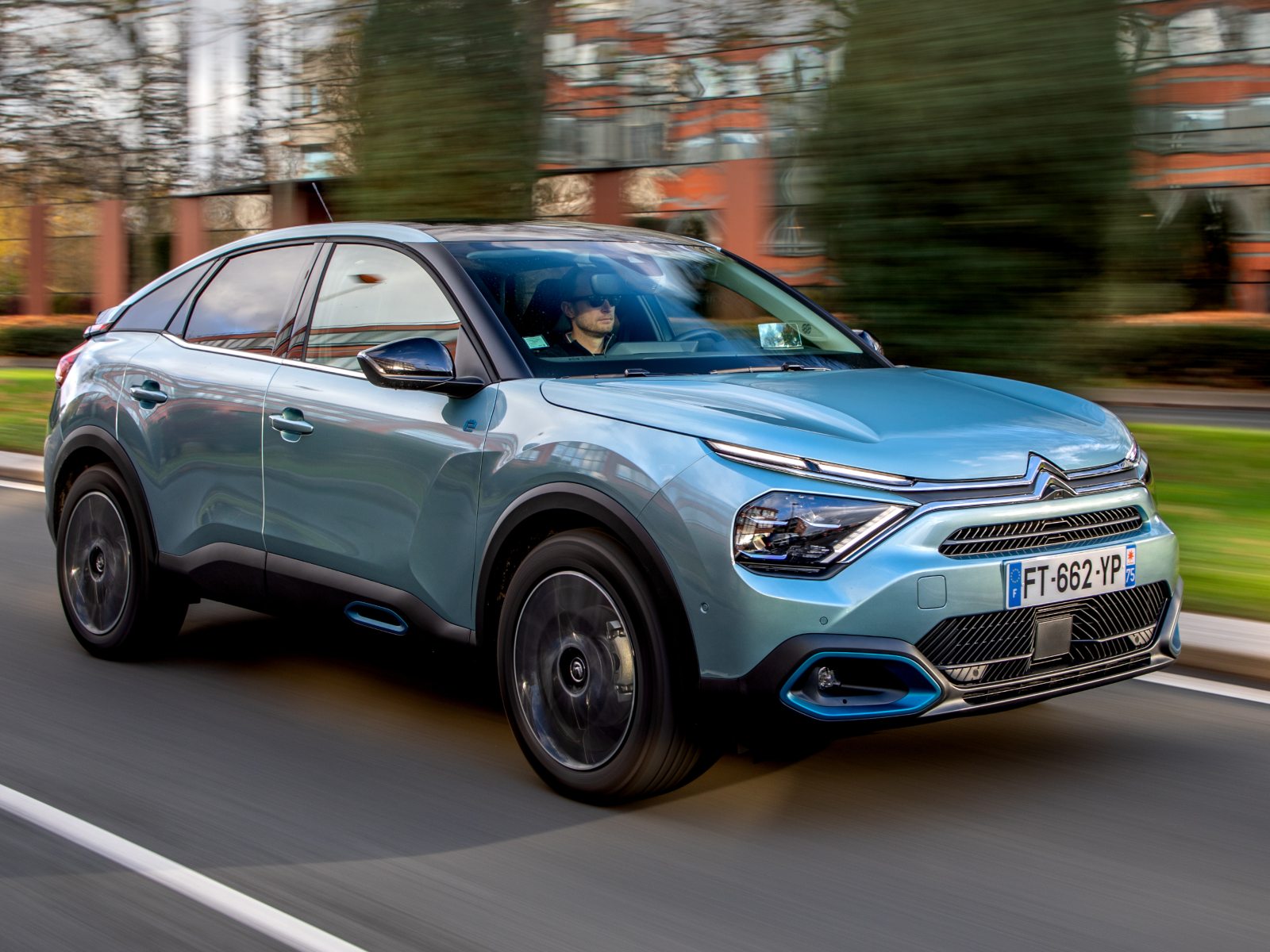 Priced from £20,990, it features gorgeous, comfortable seats, plenty of space for adults in the back and a cool, minimalist dashboard. 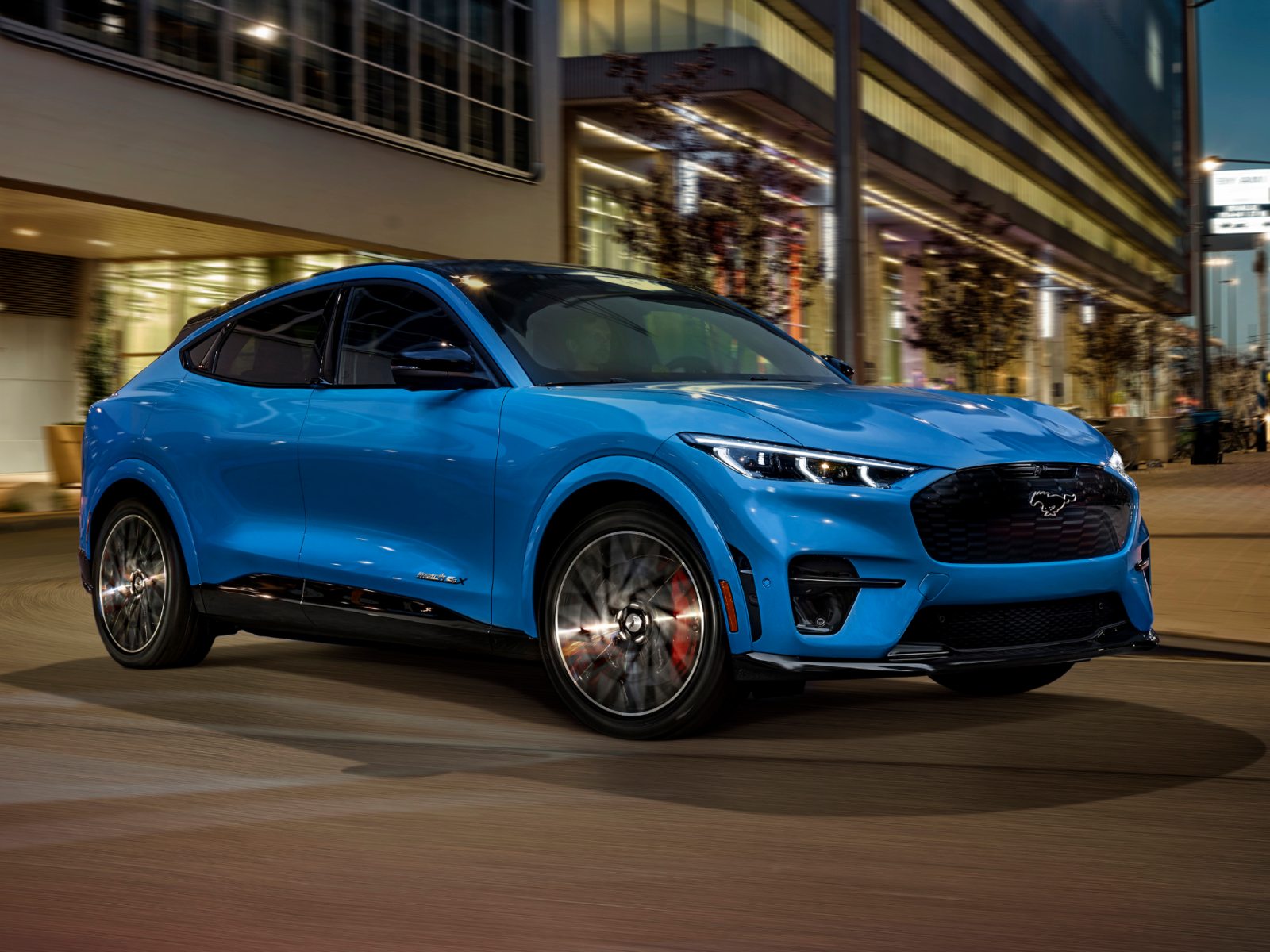 Ford's first fully electric car will be available with rear or all-wheel drive and either 75kWh or 98kWh battery packs, offering claimed ranges of between 248-379 miles.

Sized between the Jaguar I-Pace and a Mercedes EQC, there's some serious 'Stang DNA on show with its low nose, long bonnet, muscular haunches and lift-back boot-lid. 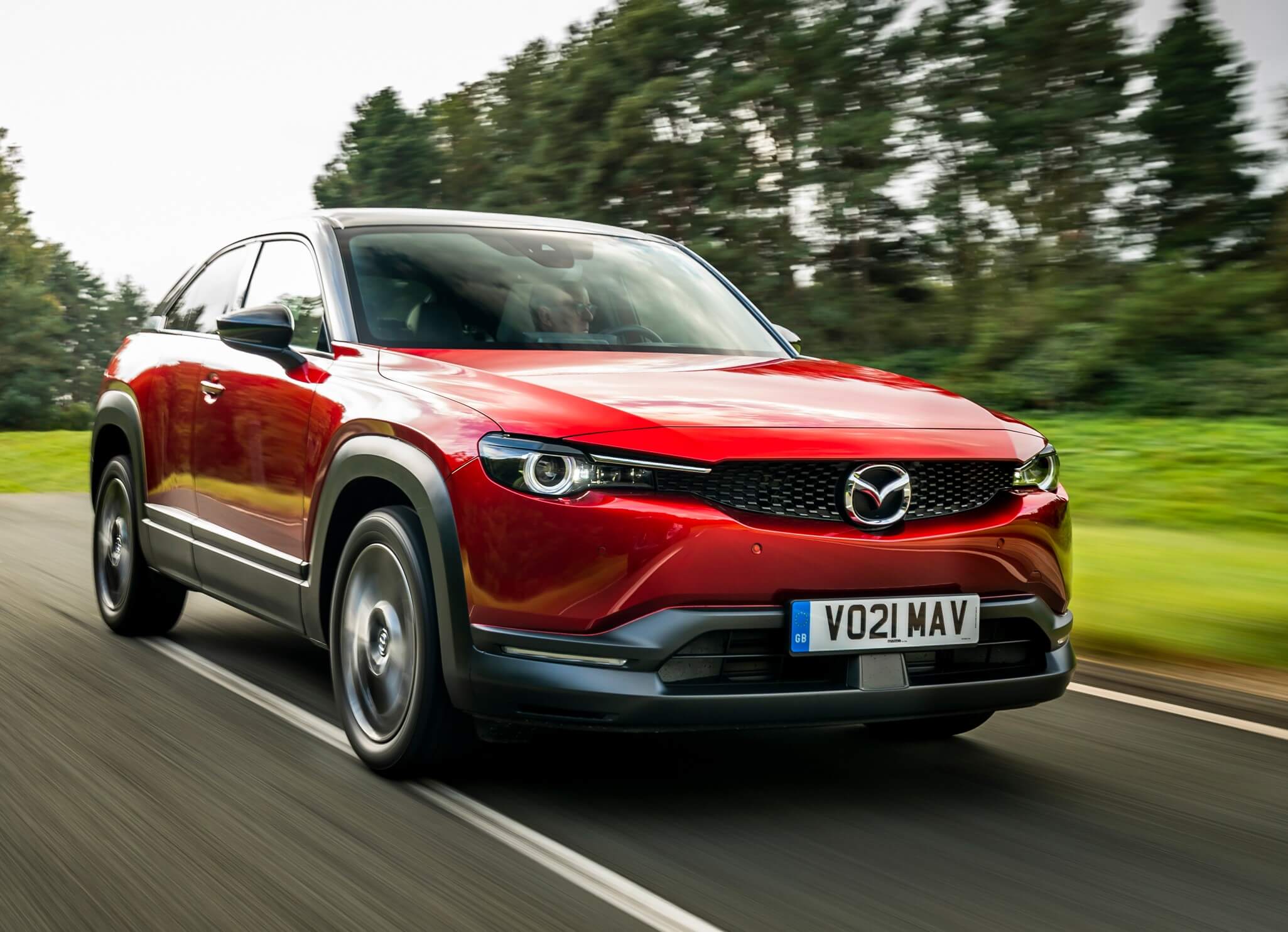 Mazda's dramatic first electric car is an eye-catching coupe-like SUV with rear-hinged back doors (a throwback to the classic Mazda RX-8).

Priced from £25,545, it features a modest 36kWh battery which gives it a range of 124 miles. Swift, smooth and near-silent, the MX-30 is a fun and fascinating addition to the EV scene.

Not only does it stand out from the crowd, but it can be charged up to 80% in 36 minutes (via a 50kW rapid charger) or from home in under five hours. 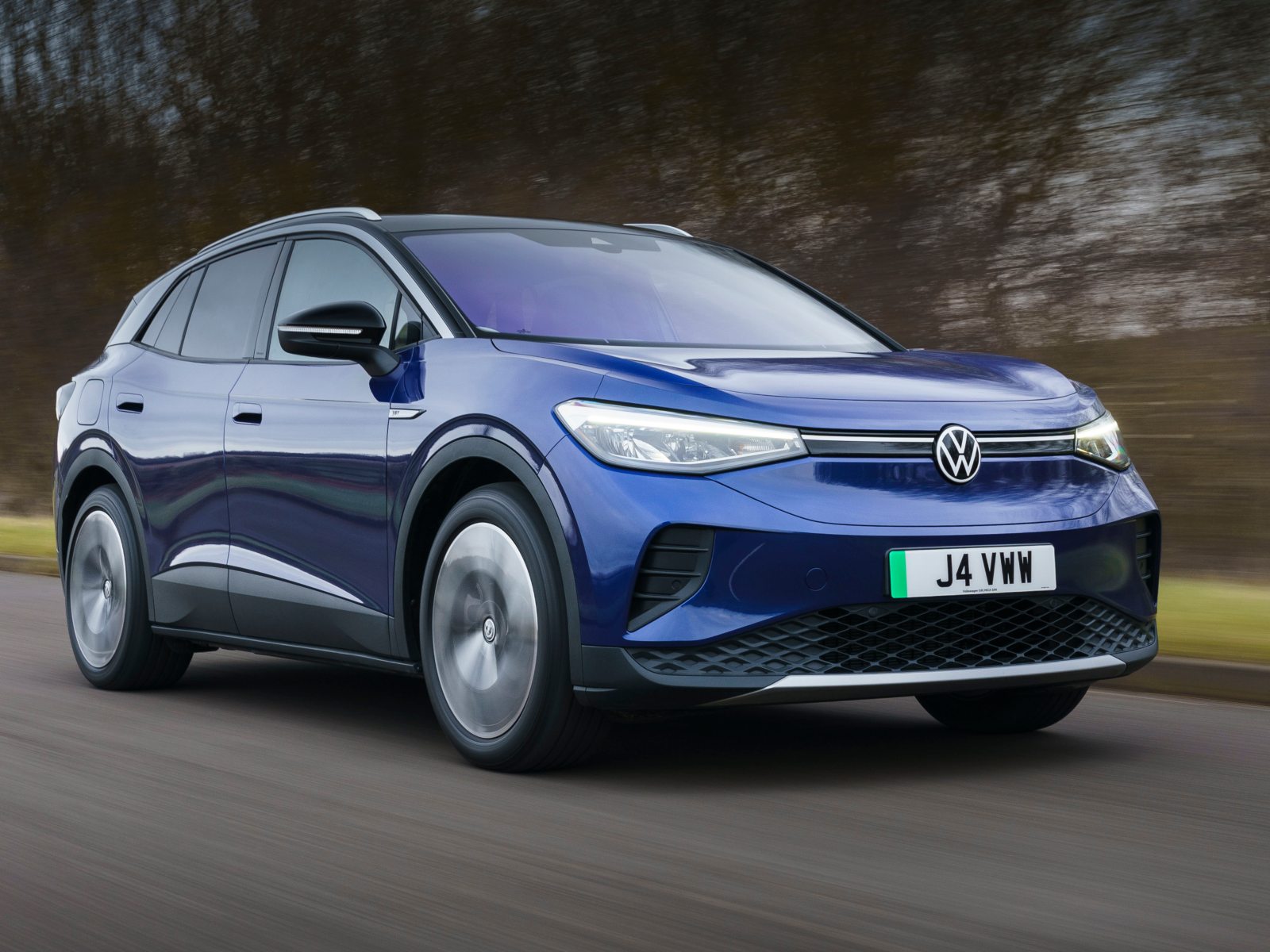 About the same size as the Tiguan, this is Volkswagen's new all-electric SUV. Available with 52kW and 77kW battery packs, it has a range of up to 323 miles.

Futuristically designed inside and out (it has a low drag coefficient of 0.28), it's a classy addition to an increasingly busy sector.

Inside, the ID.4 features a small driver's digital instrument cluster and a larger infotainment screen mounted on the centre console, just like the ID.3.

Prices have yet to be revealed, but don't expect much change from £45,000. 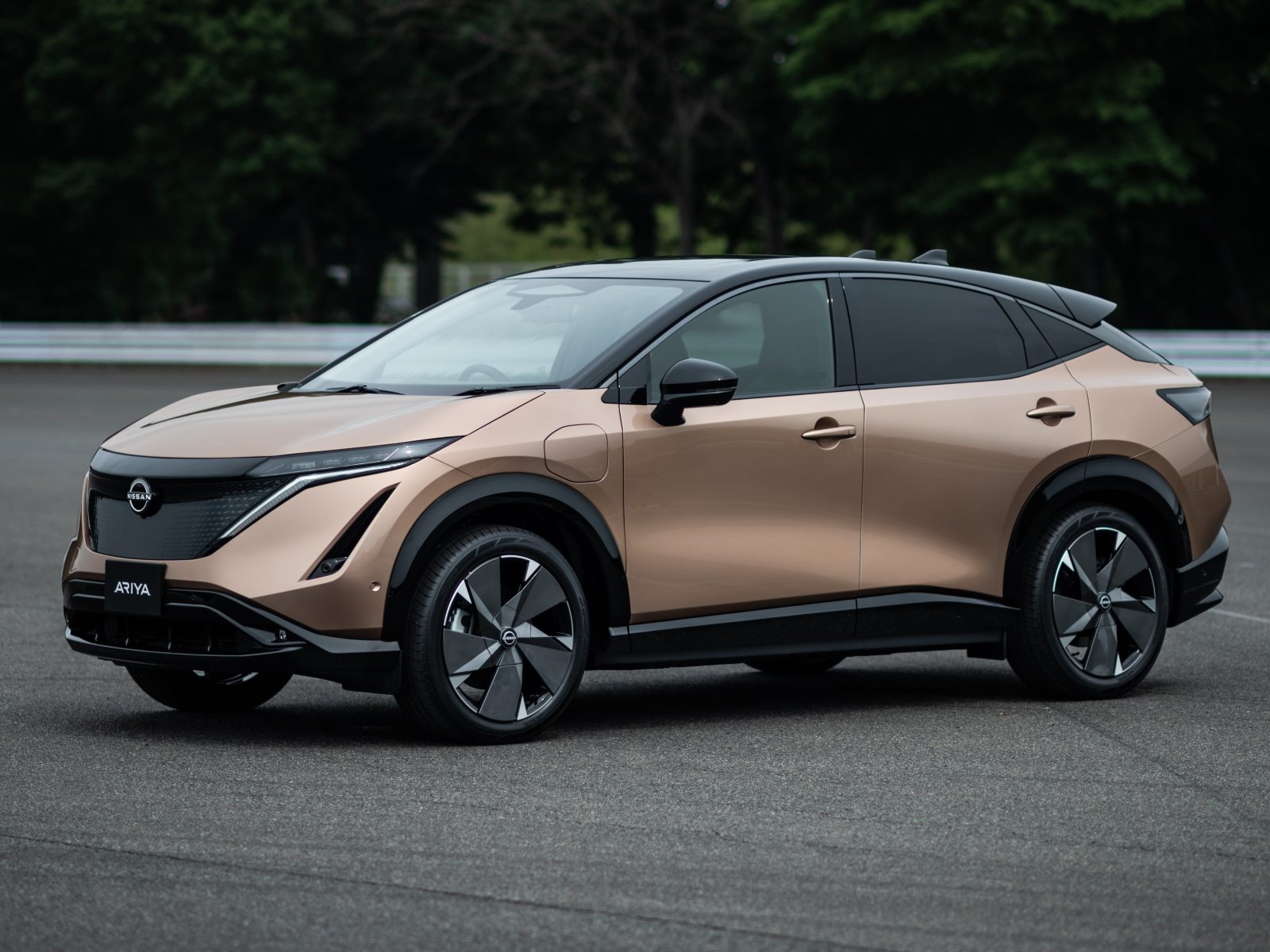 Nissan’s first electric 4x4 comes with cutting-edge looks, up to 310 miles of range and serious performance in top-of-the-range trim (0-62mph in 5.1 seconds).

With a stylish, minimalistic interior packed with tech (two 12.3-inch screen stretched across the dashboard), prices are expected to start around the £40,000 mark.

Judging by the pictures, the Ariya is going to give premium rivals from Audi, Jaguar and Mercedes-Benz a run for their money. 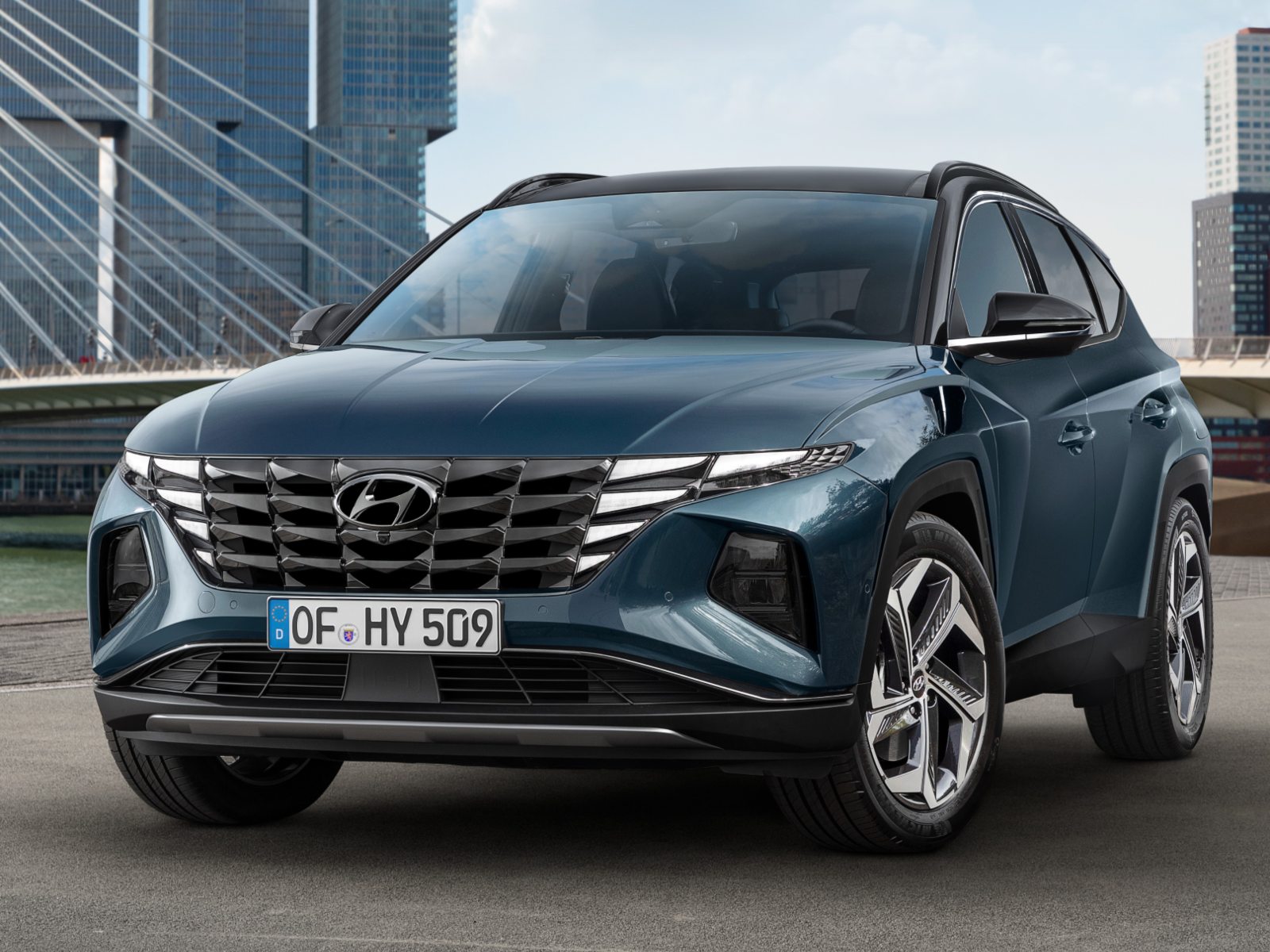 This family-sized SUV stars at £28,495 and it features unique "hidden lights" (invisible when off), plus "jewel-like" running lights. Just about all physical knobs and buttons have been eliminated in the cool interior, which is dominated by a 10.25-inch infotainment screen. 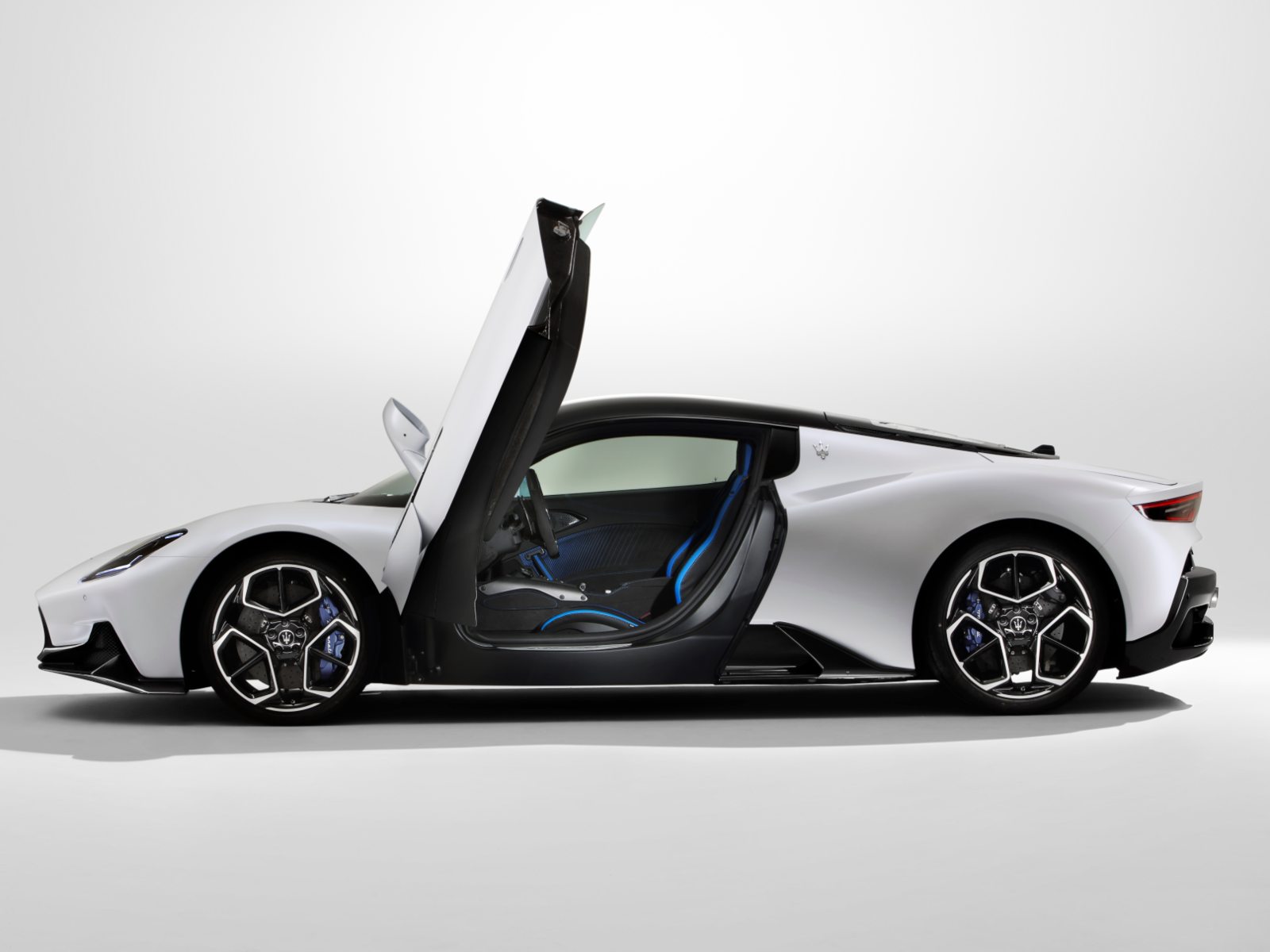 And finally, something a little more exotic. This spectacular mid-engined McLaren rival is powered by a mighty 3.0-litre V6 engine (an electric AWD version will follow), producing 621bhp, giving it a 0-62mph time below three seconds and a top speed exceeding 200mph.

Boasting show-stopping butterfly wing doors, power is sent to the rear wheels via an eight-speed, dual-clutch transmission. Inside, the cabin is minimalist, driver-focused and packed with tech.