If you need to replace your family car on a budget of £5,000 or less, take a look at our shortlist of 10 great value secondhand cars

Times are tough for many families, so replacing a car can be a daunting prospect. If your budget for a medium-sized hatchback is £5,000 or less, you’ll have to buy second-hand.

The great news is there's plenty of choice, there are always bargains to be found and, if you look hard enough, most of the models available were – and still are – good cars.

Times are tough for many families, so replacing a car can be a daunting prospect. If your budget for a medium-sized hatchback is £5,000 or less, you’ll have to buy second-hand.

The great news is there's plenty of choice, there are always bargains to be found and, if you look hard enough, most of the models available were – and still are – good cars.

We've scanned the used car websites and classifieds to give you an idea of what's available and come up with a list of 10 cars (in no particular order) which should be on your shortlist.

Unless it says otherwise, the values of the second-hand cars mentioned are based on average mileage (8,000 to 10,000 miles per year) and assume that the vehicles are in good condition.

If you're canny, you may even be able to haggle or sniff out a real bargain. If you buy from a dealer or car supermarket, you should also get some peace of mind with a warranty included.

Of course, buying a second-hand car is not without its risks, so make sure you follow our essential advice in our checklist for buying a used car.

And if you'd prefer to finance your next car, we also have some real examples of cars bought on finance using PCP (Personal Contract Purchase), unsecured loans and HP (Hire Purchase): 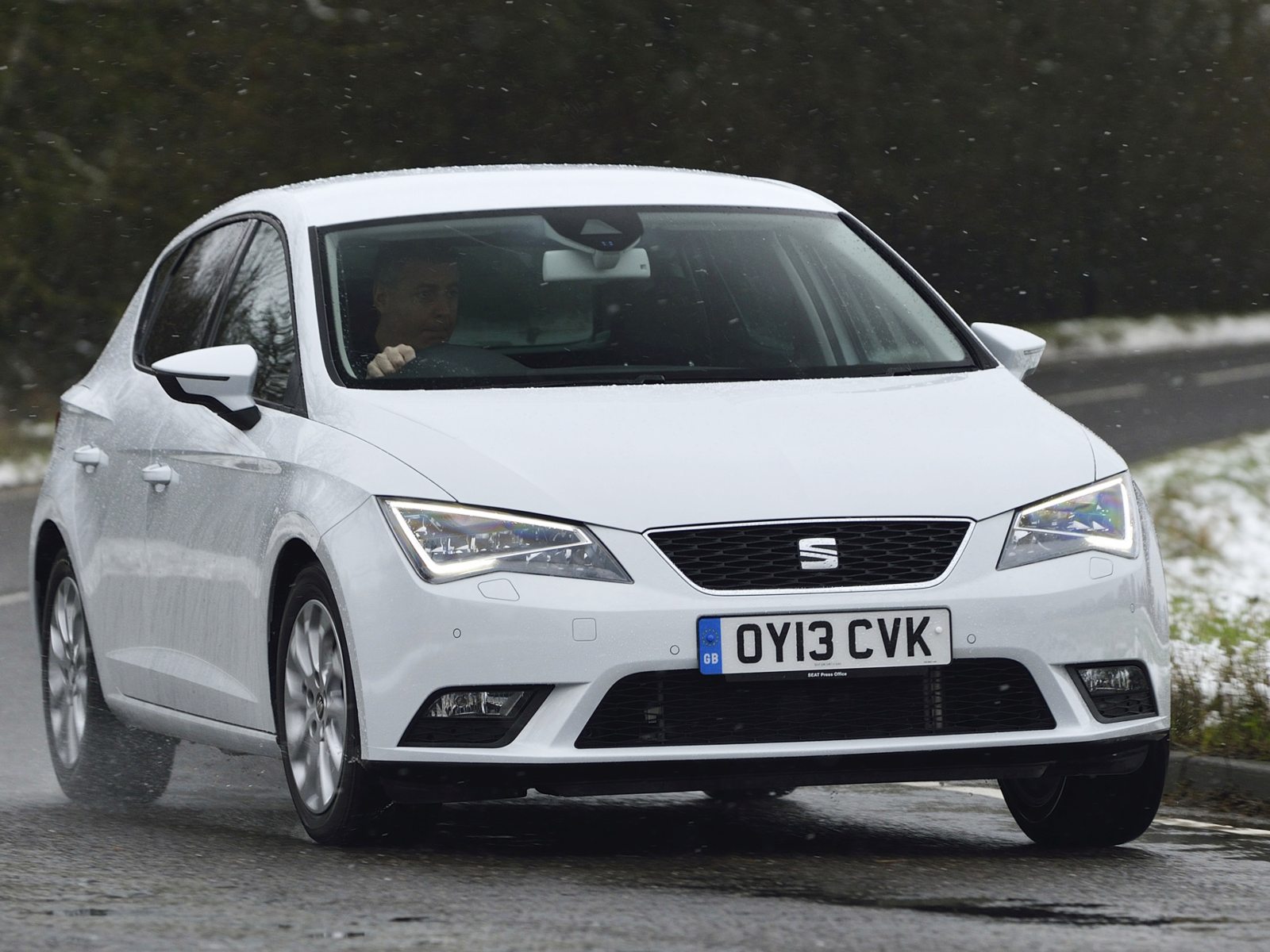 The MK3 Seat Leon hatchback may not immediately spring to mind as a good used option for families, but it's based on the underpinnings of the Golf and it's great value.

Facelifted in 2017, it's stylish, modern, good to drive and there's an excellent choice of petrol (including the superb 1.4TSI) and diesel engines, plus an estate version.

Early examples are within budget, but look for a full service history because they are likely to have a high mileage. 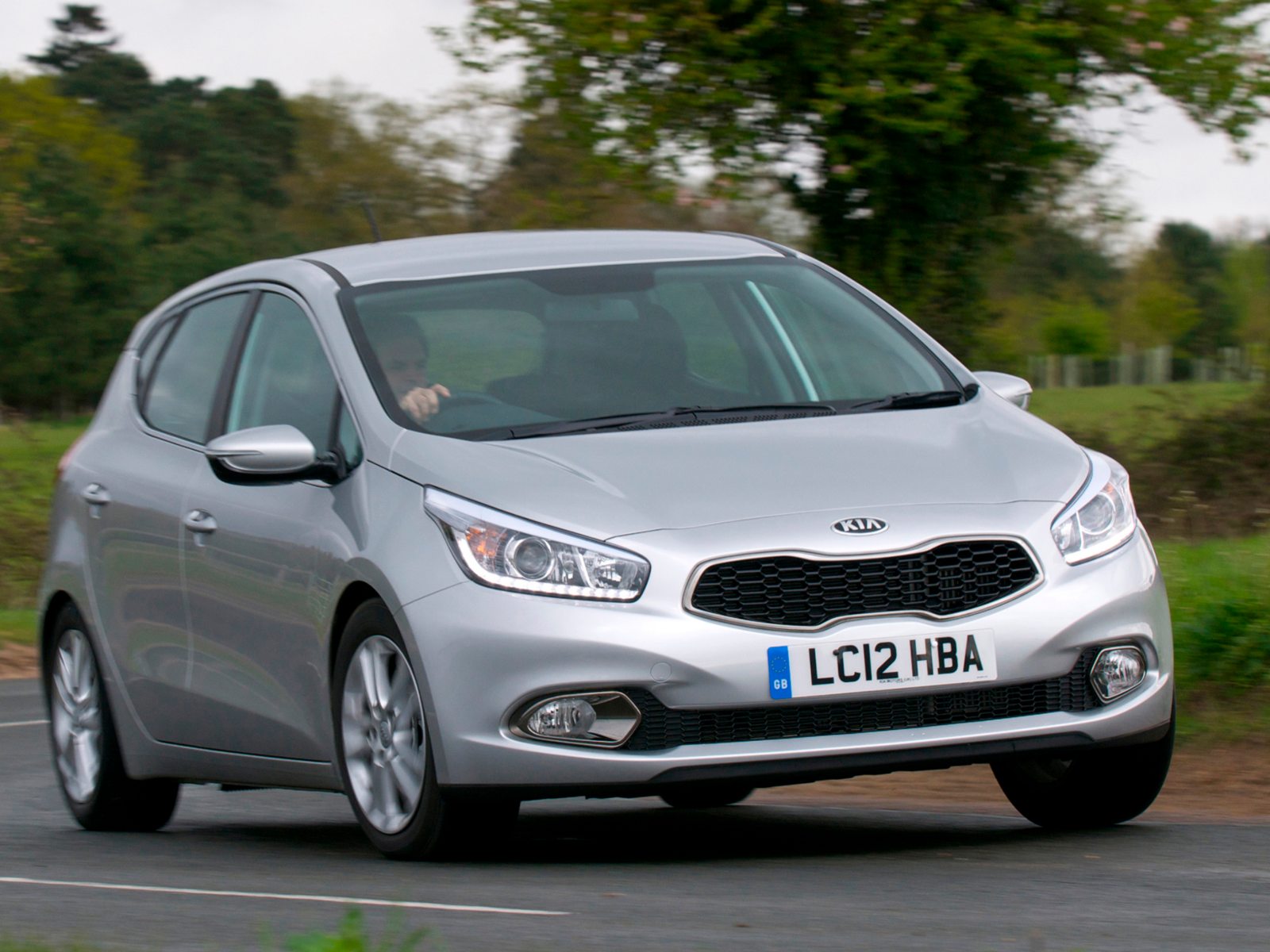 Launched in 2012 and facelifted in 2015, the Mk2 Cee'd marked a big step-up for Korean car maker Kia.
Attractive inside and out, well built, generously equipped and efficiently packaged (there's also an estate version), it compares well with its rivals and is a good all-rounder.

Most Cee'ds sold were diesel and the 1.6-litre is very economical, while the 1.6 EcoDynamics engine is best if you prefer petrol. Buy a late-year model and you could even benefit from the tail-end of Kia's generous seven-year warranty. 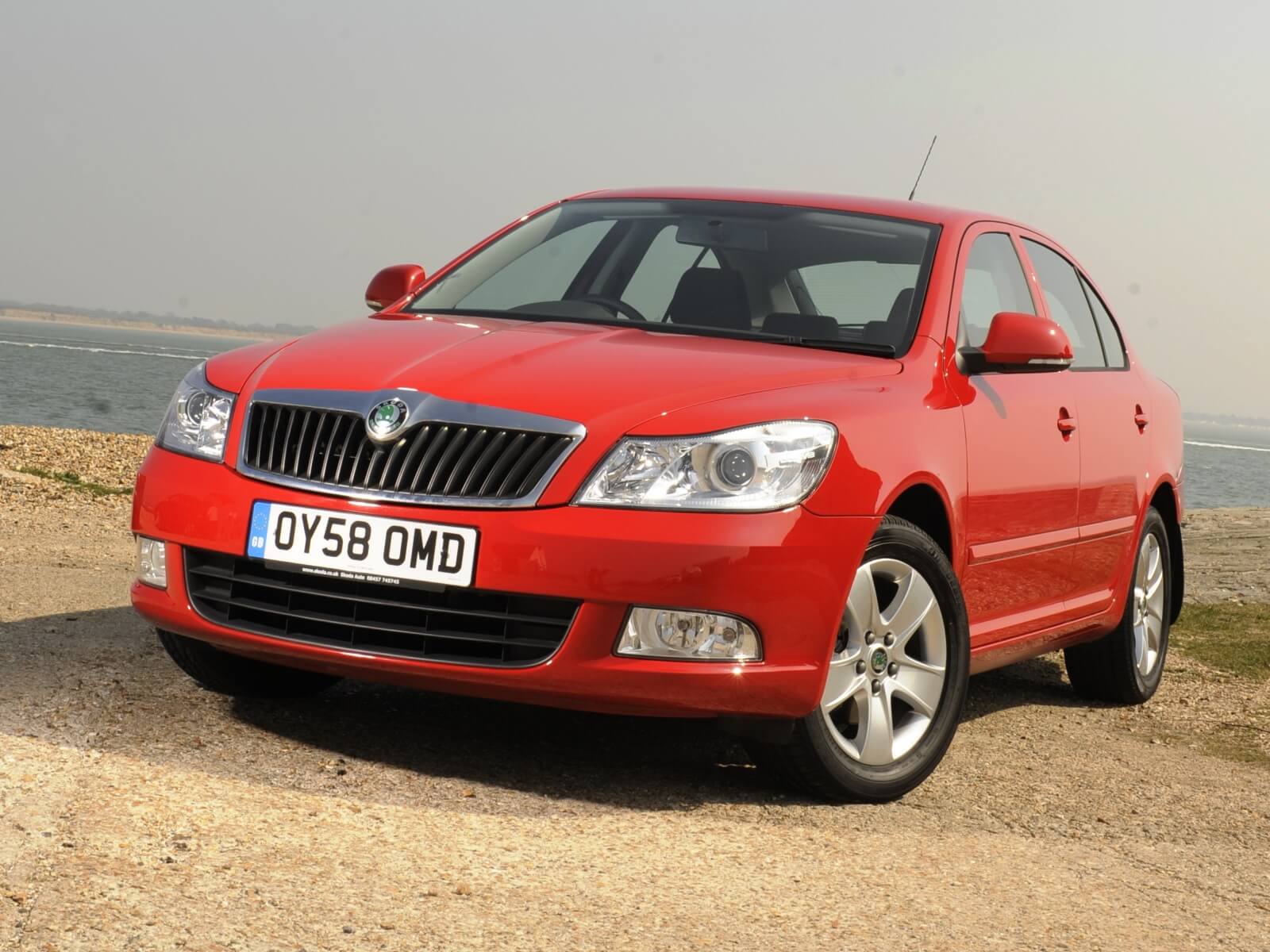 The Octavia is a great used car buy, especially if you opt for a post-2009 facelifted Mk2 version. Spacious, comfortable and pleasant to drive, there's also some peace of mind thanks to Skoda’s reputation for dependability.

If you look hard enough, a low mileage example from as recently as 2012 is within budget. The diesels are really frugal, but the 1.4TSI petrol is a good compromise between petrol power and diesel economy.

If you want even more space, there's also a cavernous estate version. 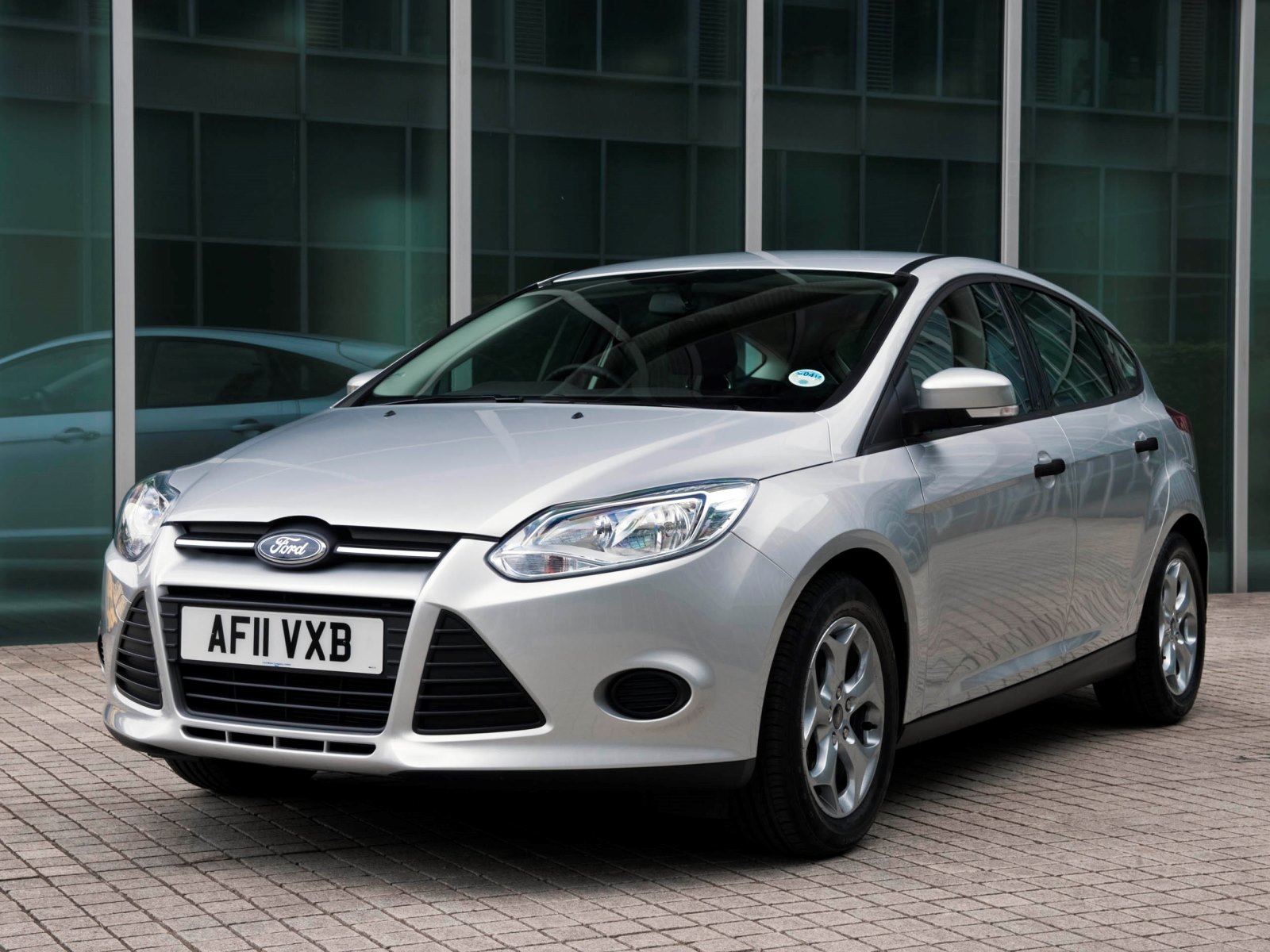 The Mk3 Focus is a solid second-hand choice that's refined and handles well. There are plenty out there to choose from and it's also available as an estate.

Low mileage examples from 2012 are within budget and there's a big variety of petrol and diesel engines. If you ply the motorways then maybe the 1.6 or 2.0-litre diesels would work best, otherwise a 1.6 petrol will do just fine. You may even be able to haggle down a punchy 1.0-litre petrol EcoBoost. 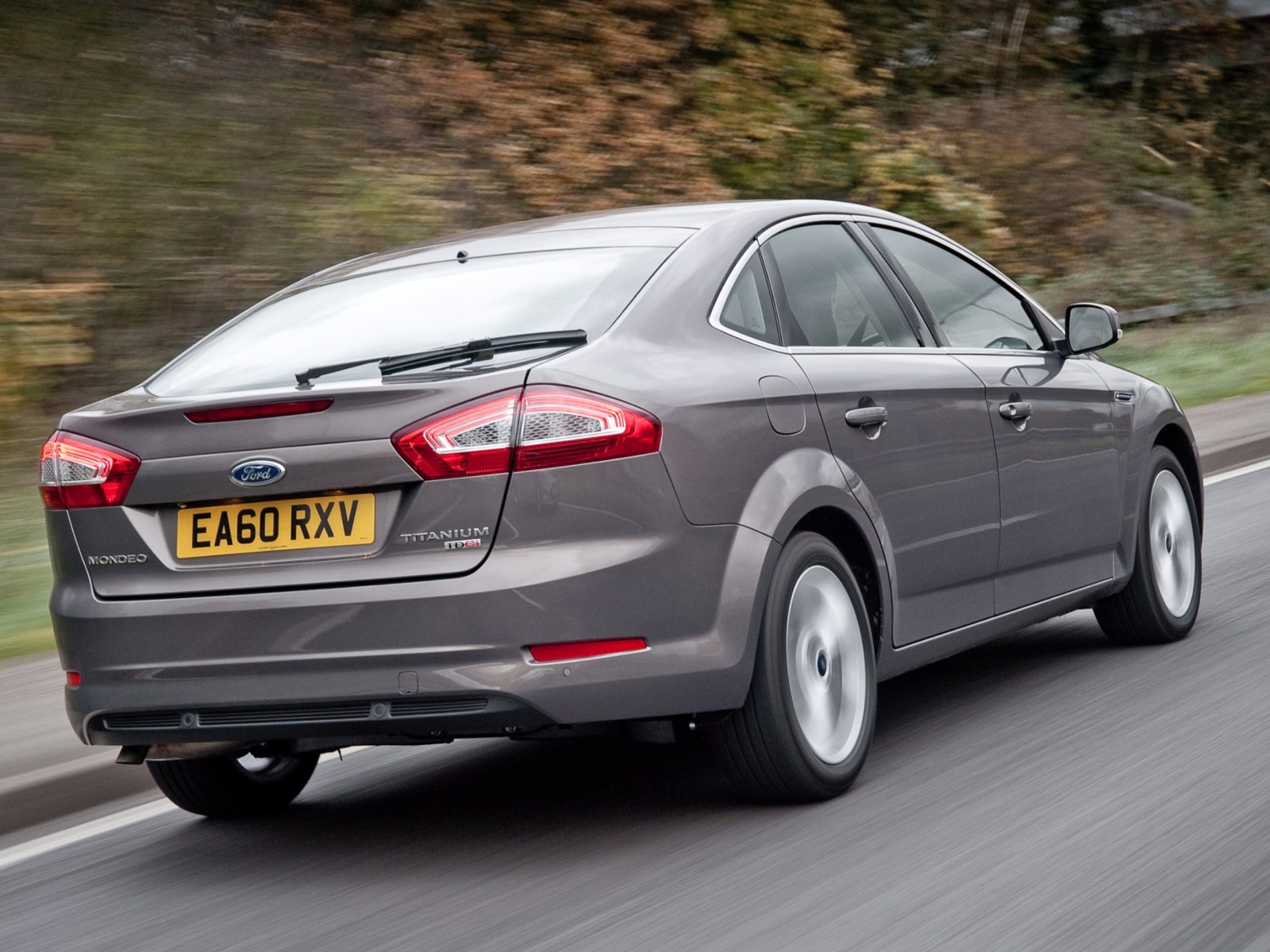 If you're looking for a little more space, then the Ford Focus's big brother might be worth considering.

There’s ample space inside the Mk4 Ford Mondeo for five people and loads of luggage (there's an estate version too) – it’s also comfortable and good to drive.

The engine choice is enormous, so it's really a case of choosing your ideal engine size and whether you want to drive a diesel or petrol. If possible, we'd recommend choosing a post-2010 facelift model. 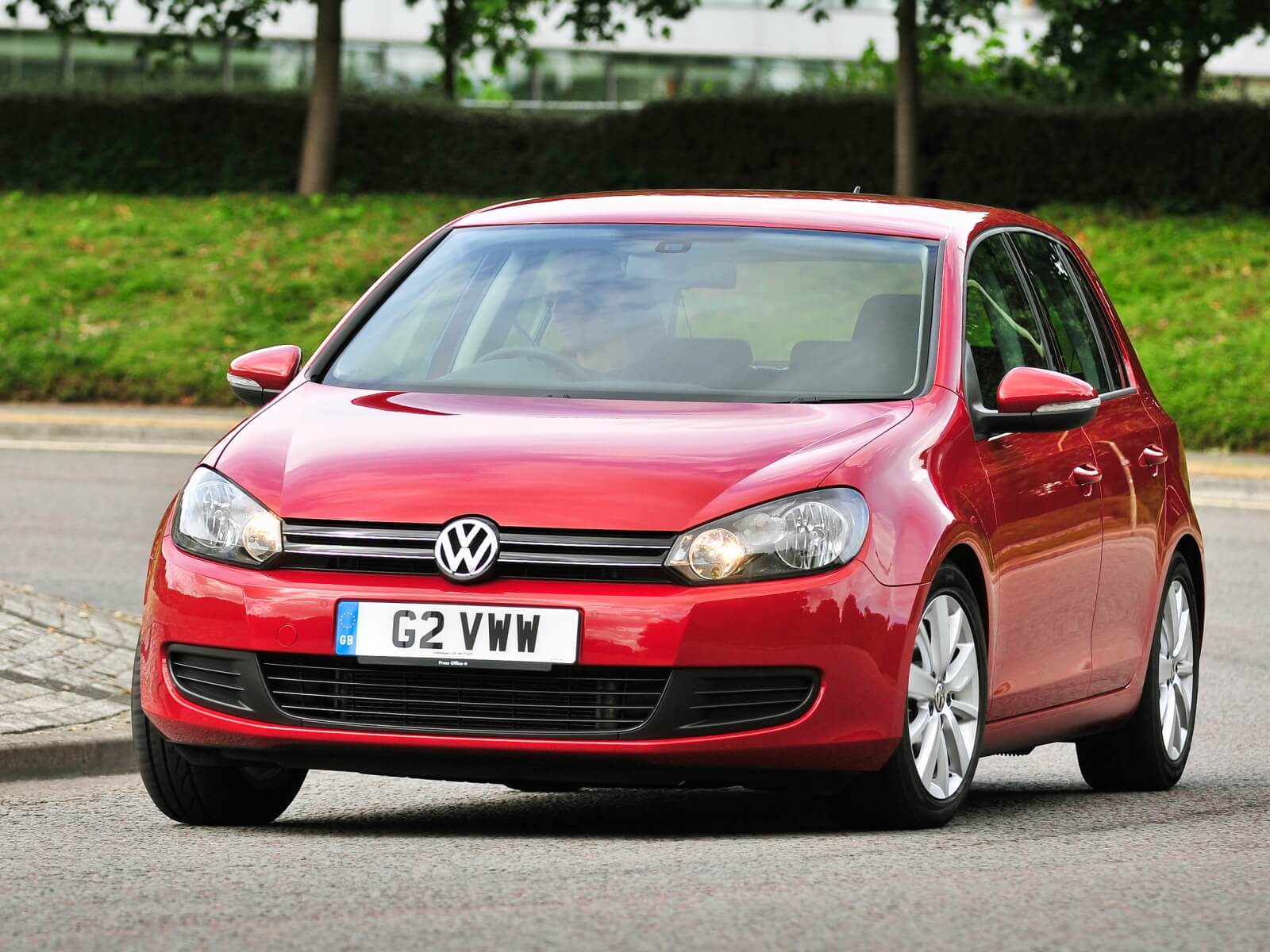 A classy medium-sized hatchback with definite badge appeal, the VW Golf holds its value well, so your best option below £5,000 is a low mileage Mk6.

Refined, spacious and understated with good handling and impressive ride comfort, it's a sensible choice.

There's a big range of efficient engines. Again, unless you do serious miles, we'd recommend a petrol unit – ideally the willing 123bhp 1.4TSI which can return as much as 45.6mpg.

If you're not worried about buying a high miler, then early Mk7s (introduced in 2013) with 100,000-plus miles are just within budget. 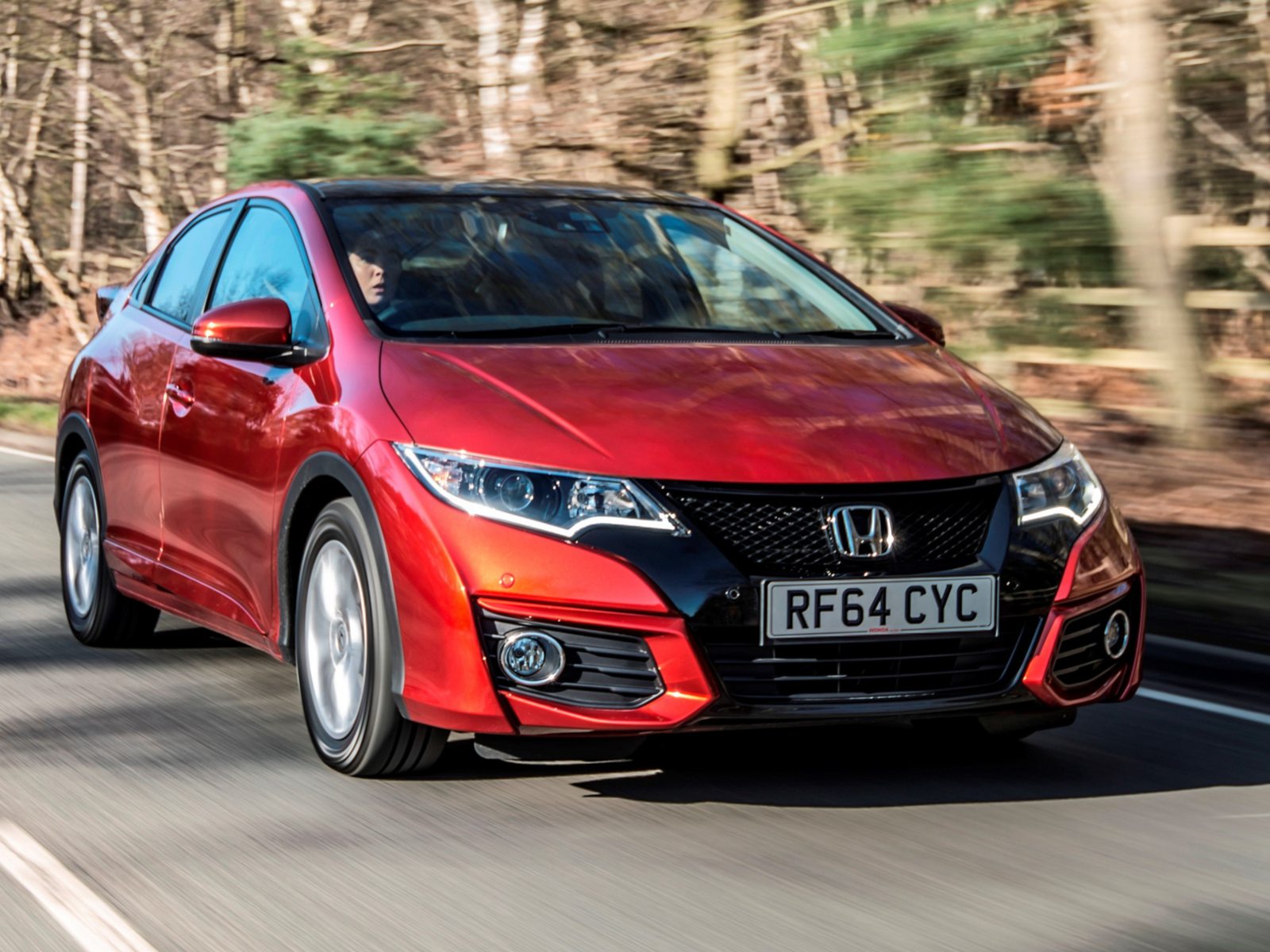 The distinctive dart-shaped Mk9 Civic may have looked quirky, but it was a solid performer backed up with Honda's reputation for reliability.

We'd recommend the 1.8 i-VTEC petrol unit, but if you're after serious economy, the frugal 1.6 i-DTEC diesel engine is the model to go for.

Oh, and check out the 'magic seats', which can be folded up to allow a large storage area or down flat for extra convenience. As ever with a second-hand buy, if it's a toss up between cars, choose the highest trim level possible. 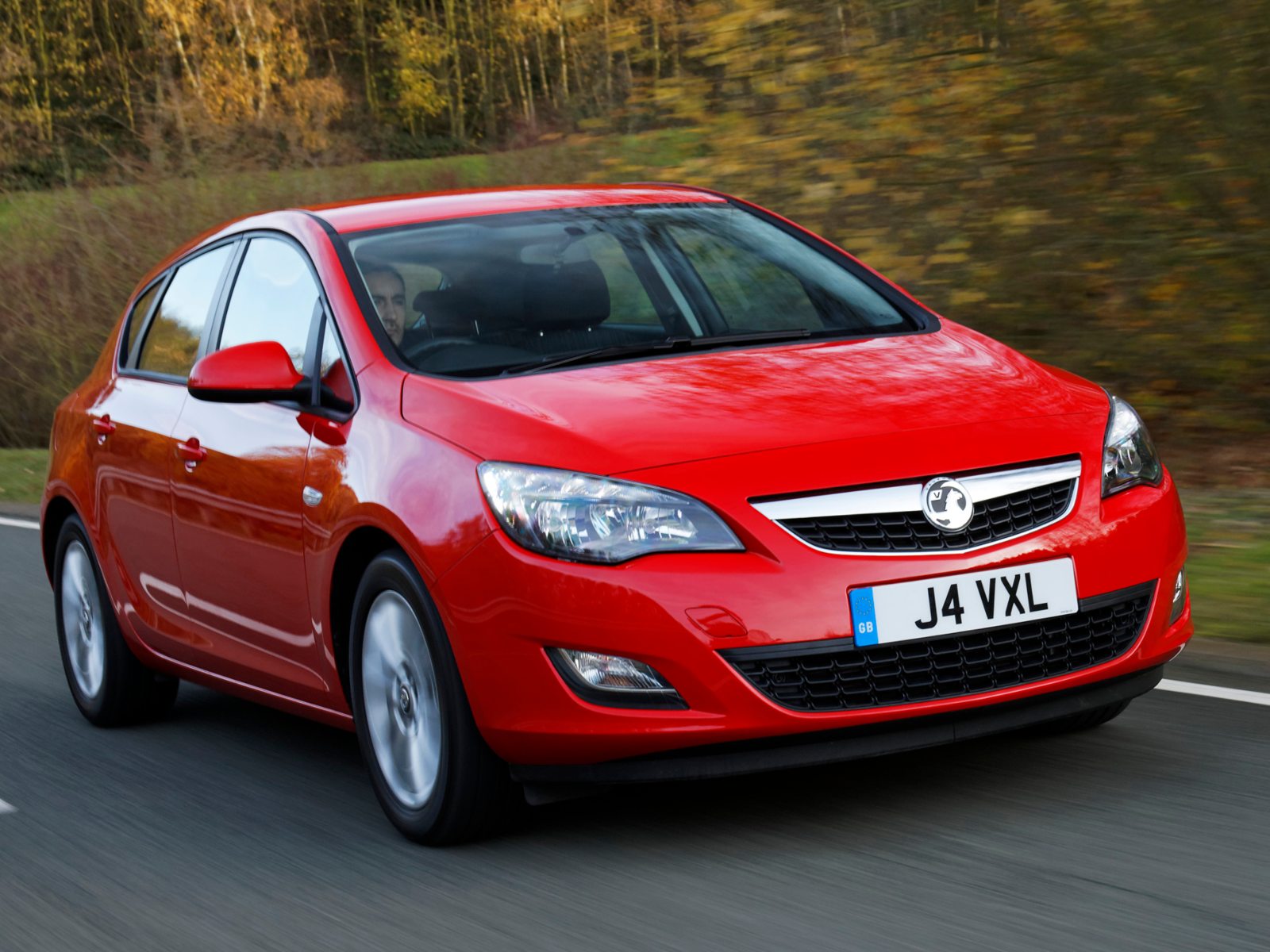 This is a patriotic hatchback choice because the Astra has been built at Ellesmere Port in Cheshire since 1979. A budget of £5,000 will buy you a Mk6 car with low mileage built as recently as 2015.

Again, there's a healthy selection of engines, but we reckon it's between the 1.6-litre diesel and 1.6 petrol. And if you need more space, there's also an estate version.

It may not be as enjoyable to drive as some rivals or have as much kerb appeal, but it's comfy, refined, and maintaining it won't cost the earth. 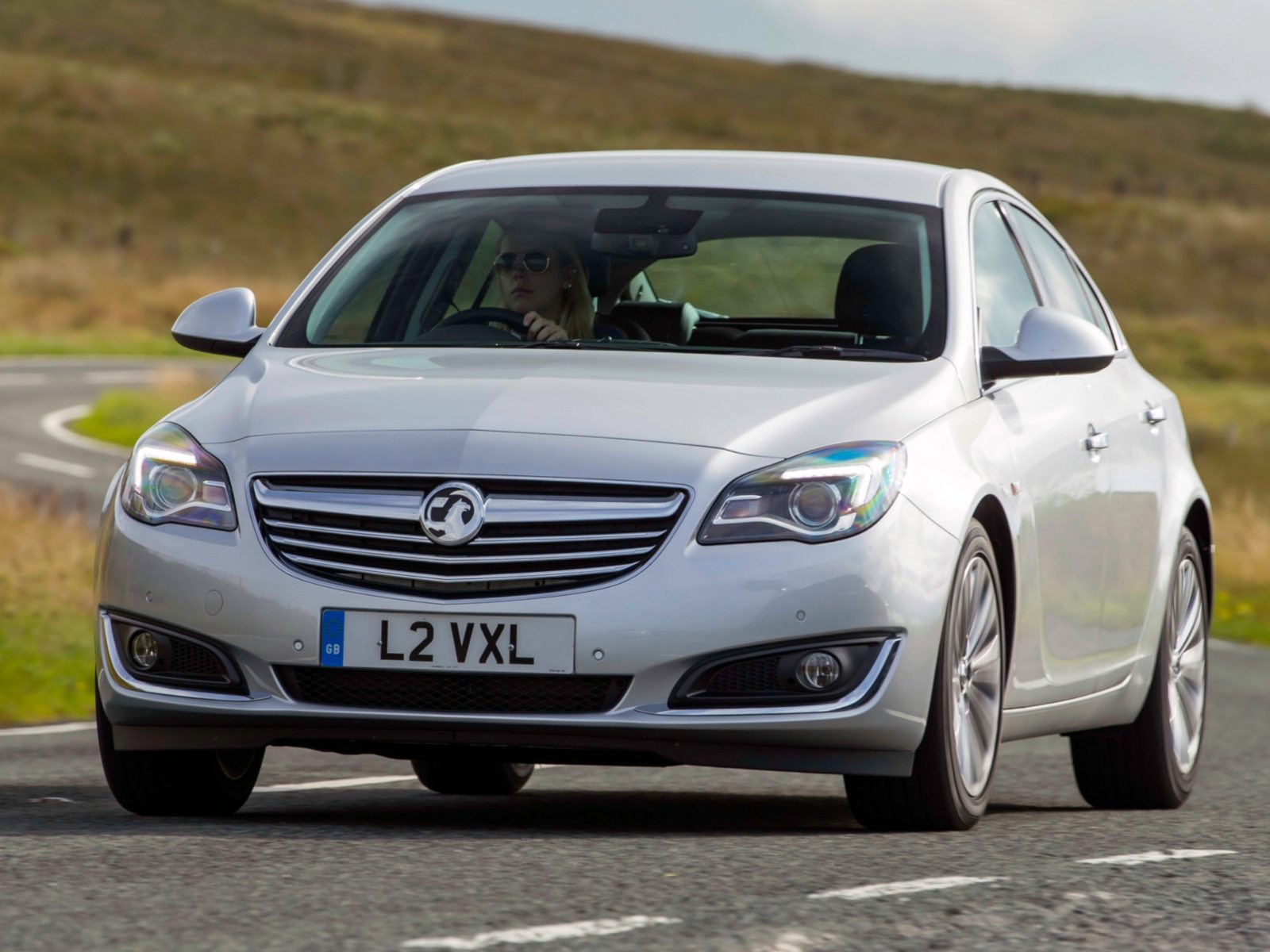 If space is a priority for you and your family, then consider the Vauxhall Astra's big brother – the Insignia – which was available as a hatchback, saloon or estate.

You'll be spoilt for choice because it was a popular car, but if you can stretch to a post-facelift model from 2013, that's the one to go for.

The diesel engines were solid and economical, but if you'd prefer petrol, the 1.4-litre turbo is recommended. As ever when buying used, go for the lowest mileage possible and a good service history. 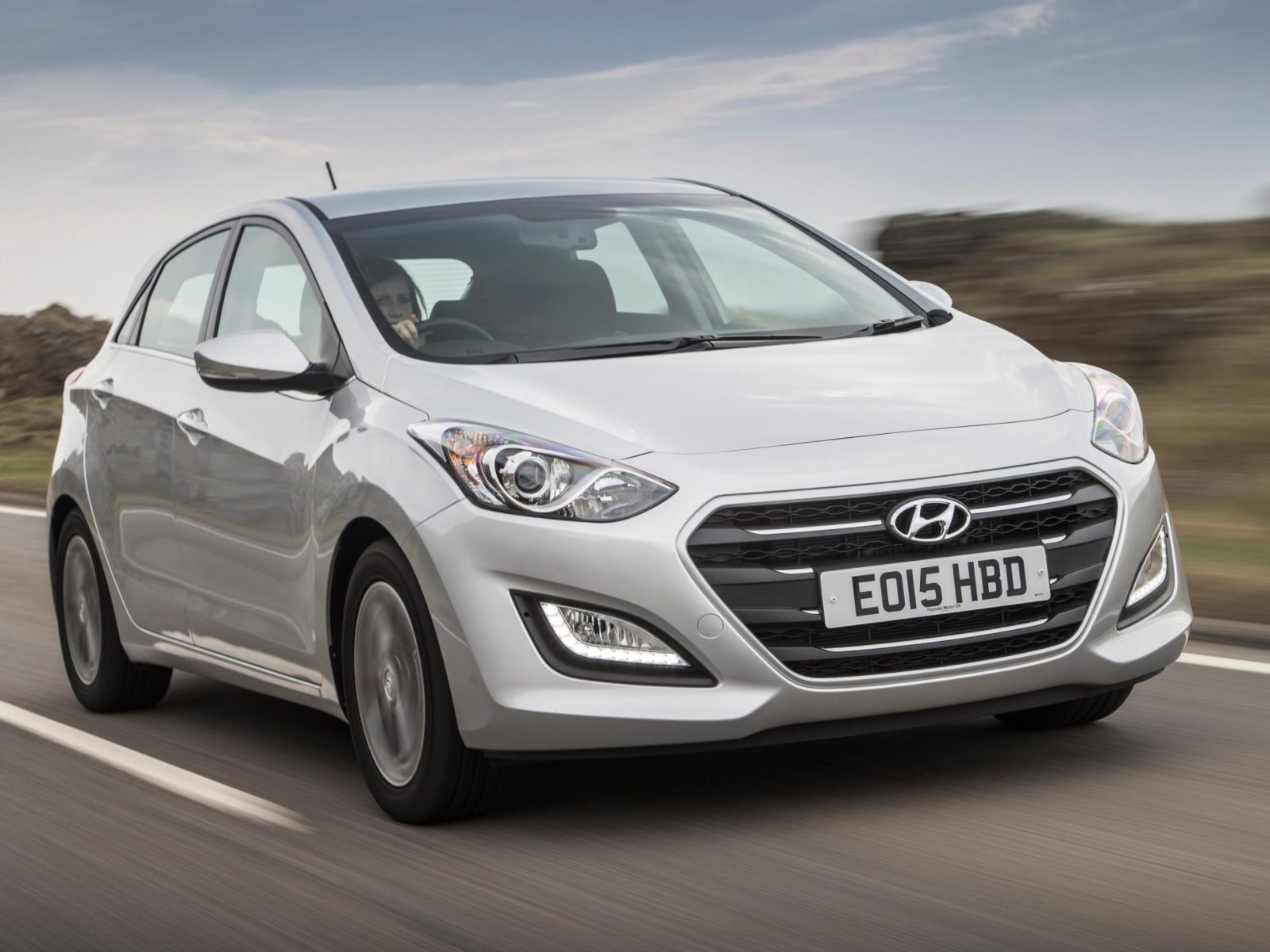 Like its sister brand, Kia, Hyundai has steadily been building up a reputation for making sensible, well-equipped, reliable, good value cars.

The Mk2 i30 should be on your family hatchback shortlist because it ticks all the boxes above and there's no shortage of low mileage examples for sale.

There's not a huge choice of engines, but we'd recommend the 1.4-litre petrol and 108bhp 1.6-litre CRDi diesel.