Homes of the future

What will our homes look like in 50 years’ time? The future is notoriously difficult to predict. The widespread use of personal jetpacks and hoverboards, for instance, has yet to materialise.

However, given current trends and innovations, we can make some fairly strong assumptions about the types of tech which will be commonplace in the not-too-distant future.

What does Admiral think the home of the future will look like? Gaze into the crystal ball with us...

All our homes will be fully connected

Talk of the Internet of Things (IoT) has been bandied around for some years now. It usually takes a while for new technologies to fully bed in, so the chances are you can’t currently ask your freezer what’s in the third drawer and hope for a response. But this is likely to be standard in 50 years’ time - assuming a new invention hasn’t superseded the freezer.

Smart meters and connected home security devices are already fairly common, and as time goes on, more of the home will be controllable by app and respond to voice commands. Equally, systems such as temperature controls and lighting will increasingly become automated, and learn to adapt to your habits and routines.

Though lighting, heating, entertainment and other household features can be voice controlled at the moment - usually via virtual assistants such as Siri and Alexa - a lot of the functionality is still only accessible to the tech savvy.

In years to come, you won’t need to be a technical genius to access all of the benefits. Household devices will become increasingly compatible, with entire systems available out of the box. We’re already seeing this with products such as Samsung's SmartThings, an entry-level smart home package.

Even the bathroom’s becoming smart

Smart mirrors could be on the rise in homes according to James Roberts, director of Sanctuary Bathrooms.

“Smart mirrors are likely to be a new addition, which will be able to provide things such as news, weather, event reminders and important dates - as well as smart features such as voice control,” he said.

Will we finally be able to resolve the question of who is truly the fairest of them all...?

We’re already seeing the prequel to these in the form of bluetooth mirrors, which can play music, light up to your preferred level, and heat up to prevent steaming.

Sanctuary Bathrooms has also been taking more orders for shower toilets - like a Japanese-style WC.

It can only be a matter of time before people start talking to their toilets, and eliciting a response…

Connected homes will need to be safe and secure 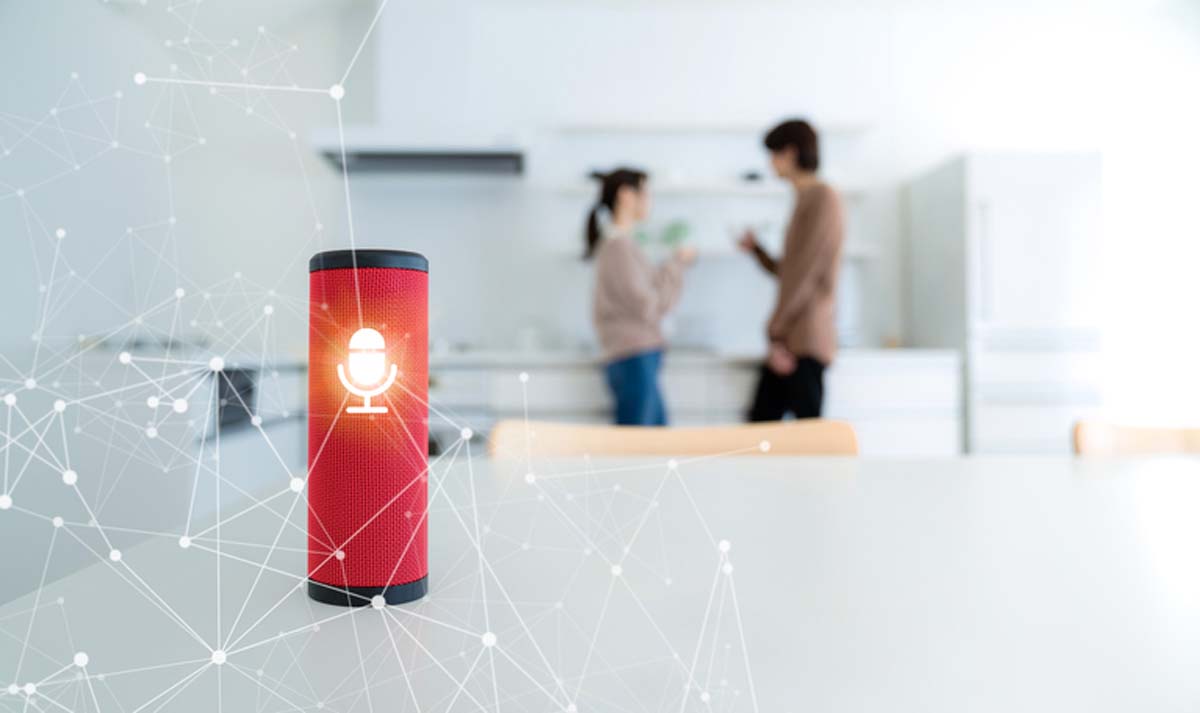 Greater reliance on connected technologies comes with its own challenges. The more internet-connected devices there are in a household, the more opportunities hackers will have to gain access.

Senior data specialist at Comms Express, Justin Ellis, says: “Cybersecurity needs to step up. Without strong security, hackers could use your devices to listen in on your conversations.

“Suddenly, hackers could use information learned through conversations to know when you’re on holiday, what your bank details are or where your valuables are kept.”

So technology will have to develop with security at the forefront. At the moment, it seems one potential solution could be that a fully connected home will be its own network, with only one encrypted connection to the outside world.

In addition, fail safes need to be put in place. Ellis continues: “We may rely on smart homes to make our lives better, but what if that fails? With climate change causing extreme weather systems, are we ready to rely on this technology completely?

“One simple electrical storm could destroy a whole home network, which would need to be completely replaced.

“If important components lose electricity or are subject to a power surge, this could lead to problems, such as being locked out of the house or the locks failing altogether. However, this could be solved with an uninterruptible power supply (UPS).”

With space at a premium in urban centres, we’re already seeing innovations in making housing more compact and easy to put in place - while still being functional, comfortable and stylish.

Modular housing - such as ZEDpods - can be pre-built, transported easily, and erected in a working day. Building such as these solve numerous problems endemic with urban housing, as they don’t need foundations, and can be put up at more-or-less any kind of site.

For example, they can be put up above outdoor car parks without even reducing the number of parking spaces.

Such housing will also use a very low amount of energy, and make a minimal carbon footprint. Speaking of which...

Given the increasing urgency with which we’re being urged to combat climate change, it seems fair to assume that all new properties will be zero waste and carbon neutral at the very least.

In fact, it’s likely we’ll be encouraged to live in homes which give something back to the environment - carbon positive properties. And it’s even expanding into the garden – take a look at the environmentally-friendly garden trends for 2019.

Some other eco-friendly tech that could become more prevalent:

And given the trend towards more green transport, it seems fair to assume more properties will have electric vehicle charging points as standard.

In July 2018, the Department for Transport proposed that all new builds and offices be fitted with EV charging points to help the UK hit its reduced emissions target by 2040, when sales of petrol and diesel vans and cars will be banned.

To safeguard your home in the immediate future, we predict a good home insurance policy could be a worthwhile investment. Why not get an InstaQuote today?

What smart home tech is worth investing in?