From north to south: the UK's best roadside landmarks

If you're one of the many British families planning a 'staycation' this summer, or you're visiting the UK, we've put together a roundup of some of the country's best landmarks

These landmarks can all be seen from the comfort of your car - so come rain or shine (probably rain) you can take in some of Britain's most mysterious historical sites.

So buckle up, and hit the road with our north to south guide. 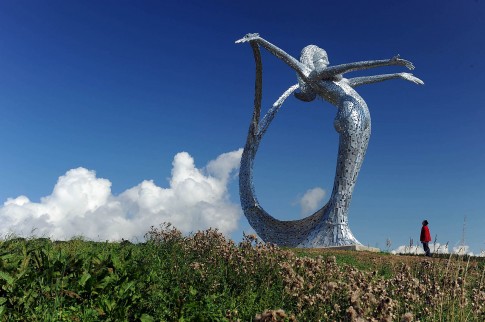 Anyone visiting Scotland is in for a treat when it comes to stunning artwork, not least in the form of a 32-feet tall mermaid like sculpture called Arria. The stunning sculpture overlooks the northbound carriageway of the M80 north of Auchenkilns, in Cumbernauld.

Sculptor Andy Scott based the design of the piece on the original meaning of Cumbernauld, the Gaelic 'cumer nan allt', which means 'the coming together of waters'. Mr Scott is also responsible for The Kelpies, two beautiful equine heads that reach into the skies above Falkirk and Grangemouth in central Scotland. They are the largest works of art in Scotland, and the largest equine sculptures in the world. 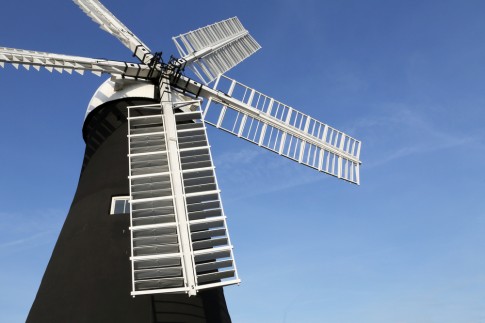 Holgate Windmill is a fully restored and working 18th Century corn mill in North Yorkshire. The most unusual thing about the mill is that it sits on a roundabout situated in the middle of a 1960s residential estate.

The Grade-II listed building is York's only remaining windmill and it was named best roundabout by the Roundabout Appreciation Society in 2012. It's open to the public on certain days throughout May to October, and every Saturday morning you can buy flour that is ground on site using Holgate's millstone! 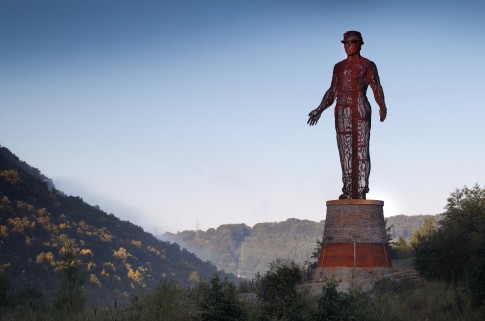 If you're paying a visit to the Welsh Valleys it's worth a trip to Blaenau Gwent see the stunning 20-metre high Guardian sculpture in Six Bells. The huge sculpture of a miner, made of more than 20,000 strips of steel, was erected to commemorate the 50th anniversary of the 1960 mining disaster that claimed the lives of 45 men.

The stunning feature towers over the site of the former colliery and when viewed from the surrounding roads the miner looks transparent, with an almost ghostly feel. But when you're stood under it, the figure looks solid. 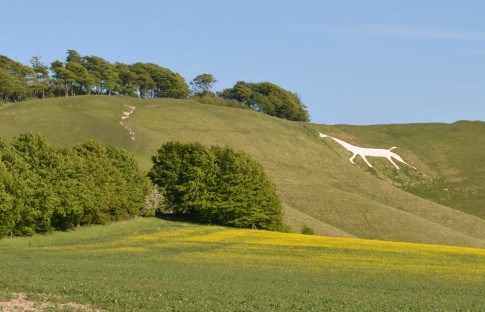 Travelling down the country, into the south west of England, why not spend a day finding all the chalk horses of Wiltshire. At one time, there were at least 24 chalky hillside engravings in Britain, with 13 in Wiltshire. Of the 13 white horses known in Wiltshire, eight are still visible today and some date back 250 years.

Wiltshirewhitehorses.org states that 'most of the white horses are chalk hill carvings, and the chalk downs of central Wiltshire make it an ideal place for such figures'. If you want to see all the horses, you need to drive around Westbury, Cherhill, Marlborough, Alton Barnes, Hackpen, Broad Town, Pewsey and Devizes. 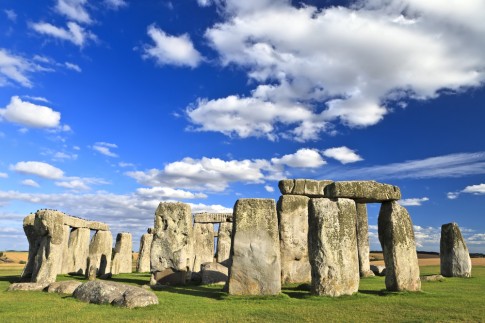 What UK landmark roundup would be complete without Stonehenge? Another of Britain's unexplained monuments, Stonehenge in Wiltshire was built in three phases and reasons for its construction range from human sacrifice to astronomy.

It's been estimated the three phases of construction, built over 1,500 years, would have taken more than 30 million hours of labour. With a 3,500-year history, Stonehenge's monolithic structure is one of ancient man's greatest architectural triumphs. If you're making a day of it, the nearby Avebury Stone Circle is the largest stone circle in the world and just 40 minutes away. 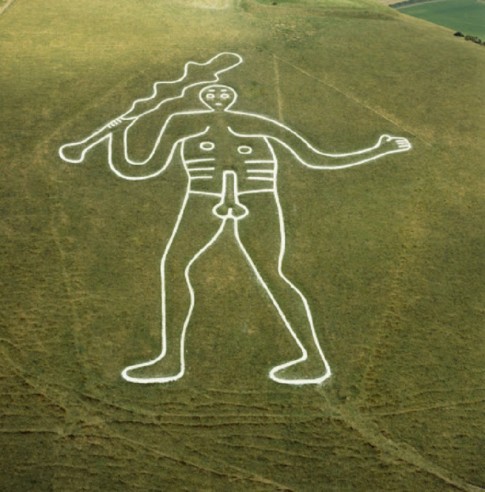 The Romano-British Cerne Giant is another chalk carving, but it's on the hillside at Cerne Abbas, Dorset - about a 1hr 20min drive from Wiltshire. The carving, thought to be Hercules, stands 180 feet tall but its origins are not really known.

The National Trust, responsible for the landmark, says: "Many theories surround the giant's identity. Is it an ancient symbol of spirituality? The Greco-Roman hero Hercules? Or a mockery of Oliver Cromwell? Local folklore has long held it to be an aid to fertility."

You can, of course, see the giant from the comfort of your car. Or, if you have walking boots to hand, there's a great trail around the carving and surrounding picnic areas.

Taking a trip around the UK? Make sure your map-reading skills are honed with our quiz!

The benefits of solo travel