How fake holiday illness claims could affect your travel insurance

The travel insurance industry is suffering - but how could it impact on your policy? 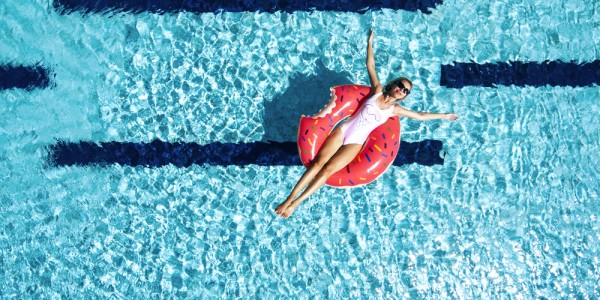 Feeling a bit queasy while on holiday is nothing unusual – from sunstroke to hangovers, there are all sorts of reasons why you might spend part of your trip feeling under the weather.

Yet a recent trend has seen many Brits claiming sickness compensation from holiday companies, blaming hotels and tour operators in dishonest attempts to gain payouts ranging from £500 to £20,000.

According to figures from the Association of British Travel Agents, holiday sickness claims rose by a staggering 434% between 2013 and 2016. With the majority of claims coming from British tourists, some travel companies have started charging UK travellers more for their holidays, or flat out refusing to accommodate them.

The issue has also led to a rise in insurance premiums, increasing the cost of trips for the honest traveller. But these dodgy claims aren’t being taken lightly by the travel industry: if found guilty, fraudsters can end paying thousands in legal fees, and may even serve jail sentences for their crimes.

The recent rise in fake holiday illness claims has been attributed to the prevalence of rogue claims management companies, who frequently target tourists with ‘no win, no fee’ offers.

“These companies encourage people to submit exaggerated – and sometimes outright false – claims of food poisoning or a dodgy stomach against hotels,” explains Sarah Hill, an insurance fraud expert from UK law firm BLM. “They’ll reassure holidaymakers – literally by the poolside sometimes – that easy money was to be made, and give people the impression it’s a victimless crime.

“The problem is, however, that it’s simply not. Not only does the fraudulent practice quickly become very expensive for hotels and tour operators, it can also have a knock-on effect on travel insurance premiums. Honest holidaymakers end up fronting the bill.”

In a survey of 2,000 British consumers, BLM found that 46% of respondents believed it was acceptable to make a claim for food poisoning, even if they weren’t certain the illness was the fault of the hotel. But with holiday companies and insurance providers now aware of this dishonest practice, fraudulent illness claims aren’t going unpunished.

Cracking down on fraudsters

In October 2017, Sarah and BLM helped to lead a successful prosecution on behalf of Thomas Cook, who had previously faced compensation costs of £20,000 after an unscrupulous holiday illness claim from a British couple. Upon being found guilty, the couple were collectively sentenced with 24 months in prison.

“Many tour operators and holiday companies have realised legal action is the only way to quash the illegal practice, and protect holidays for the honest traveler,” says Sarah.

“All claims are thoroughly investigated, and it’s important to remember that they can be verified in a number of ways nowadays – through social media, CCTV and eye witnesses. If someone says they were bedbound all holiday with a serious case of food-poisoning, Facebook uploads which show them hitting the all-inclusive drinks hard will give investigators and insurers pause.”

By cracking down on fake illness claims in court, it’s hoped that travel costs will remain fair for the majority of travellers who play by the rules. Sarah stresses that the industry isn’t out to get those with legitimate claims, and that anyone who genuinely feels entitled to compensation shouldn’t be afraid to make a claim. “If your illness was genuine, there’s nothing to worry about,” she advises.

“Tour operators don’t want to dissuade those who really fell ill, through the fault of a resort, from rightfully being compensated.”

How to make a legitimate holiday illness claim

If you’re unlucky enough to fall ill on holiday and have grounds to believe that your hotel or tour operator is responsible, there are a number of ways to ensure that your claim is taken seriously and not mistaken for fraud.

Protected Trust Services, who work closely with PROFiT (Prevention of Fraud in Travel) to reduce the damage caused by fake sickness claims, has the following advice for any traveller seeking to receive compensation.

If you fall ill on holiday due to food poisoning, poor hygiene or another issue caused by a travel company, your first step in receiving compensation should be to call your insurance provider to check the extent of your cover.

“Ask them to reconfirm the process they would like you to take,” suggests Daniel Landen, Managing Director at Protected Trust Services.

"For instance, some travel insurance only covers for public hospitals, not for private doctors. Write down the process and take note of who you have spoken with. If you are not in a position to make this call then ask a family member, fellow traveller or your holiday rep to do so on your behalf.”

A written medical diagnosis provided by a doctor will help to assure your insurance provider that your claim is legitimate. Depending on your condition and how long it lasts, you may wish to see a doctor in the country you’re visiting, as well as your local doctor when you return home.

Keep documents and other evidence

“Insurance companies are there to support you, and to be able to do this effectively they must have a clear, chronological and evidence-based story to support their understanding,” explains Daniel.

For this reason, it’s important to keep documents such as appointment forms, prescriptions and letters of complaint, which will help when it comes to making a claim. Other evidence of your illness, such as photographs of skin conditions or a diary kept by a family member which demonstrates a clear timeline of your symptoms, can also help to support your case.