After a tough 2020 for reasons we’re all too familiar with, the new van market bounced back in 2021

According to figures published by the Society of Motor Manufacturers and Traders (SMMT), 355,380 new light commercial vehicles were registered, a 21.4% increase over 2020 sales. Compared to 2019, the last year of ‘normality’, 2021 was only 2.8% shy of what was actually a bumper year for vans.

What makes this performance even more remarkable is that new vans have been pretty hard to get hold of due to the global semi-conductor shortage. This has led to delivery times being lengthened to as much as 18 months in some cases due to factories having to reduce or even stop production of some vans.

If manufacturers had been able to keep up with demand, we might have seen a record-breaking year.

So, in true ‘Top of the Pops’ style, let’s take a look at the individual winners and losers over the past 12 months. 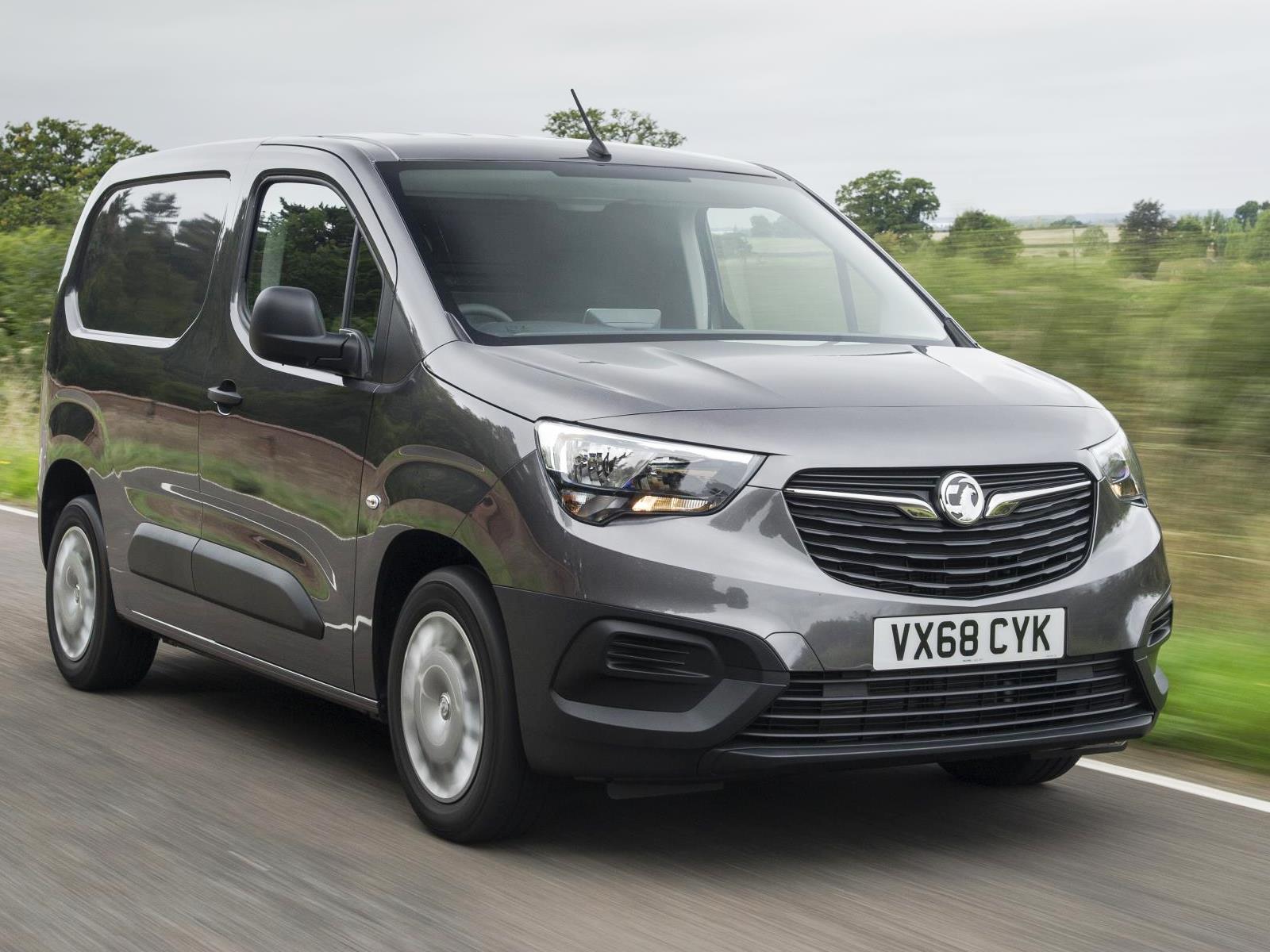 In tenth position and unchanged from last year is the Vauxhall Combo with 10,569 sales. Fighting its corner against its almost identical siblings from Peugeot, Citroen and Toyota, the Combo is achieving much greater success than its predecessor which was a rebadged Fiat Doblo – not the world’s best-looking van.

Boasting a payload of almost 1000kg, it’s available in two body lengths and also in handy crewcab, five seat guise. The all-electric Combo-e is now on sale, which with its official range of up to 171 miles will no doubt prove popular. 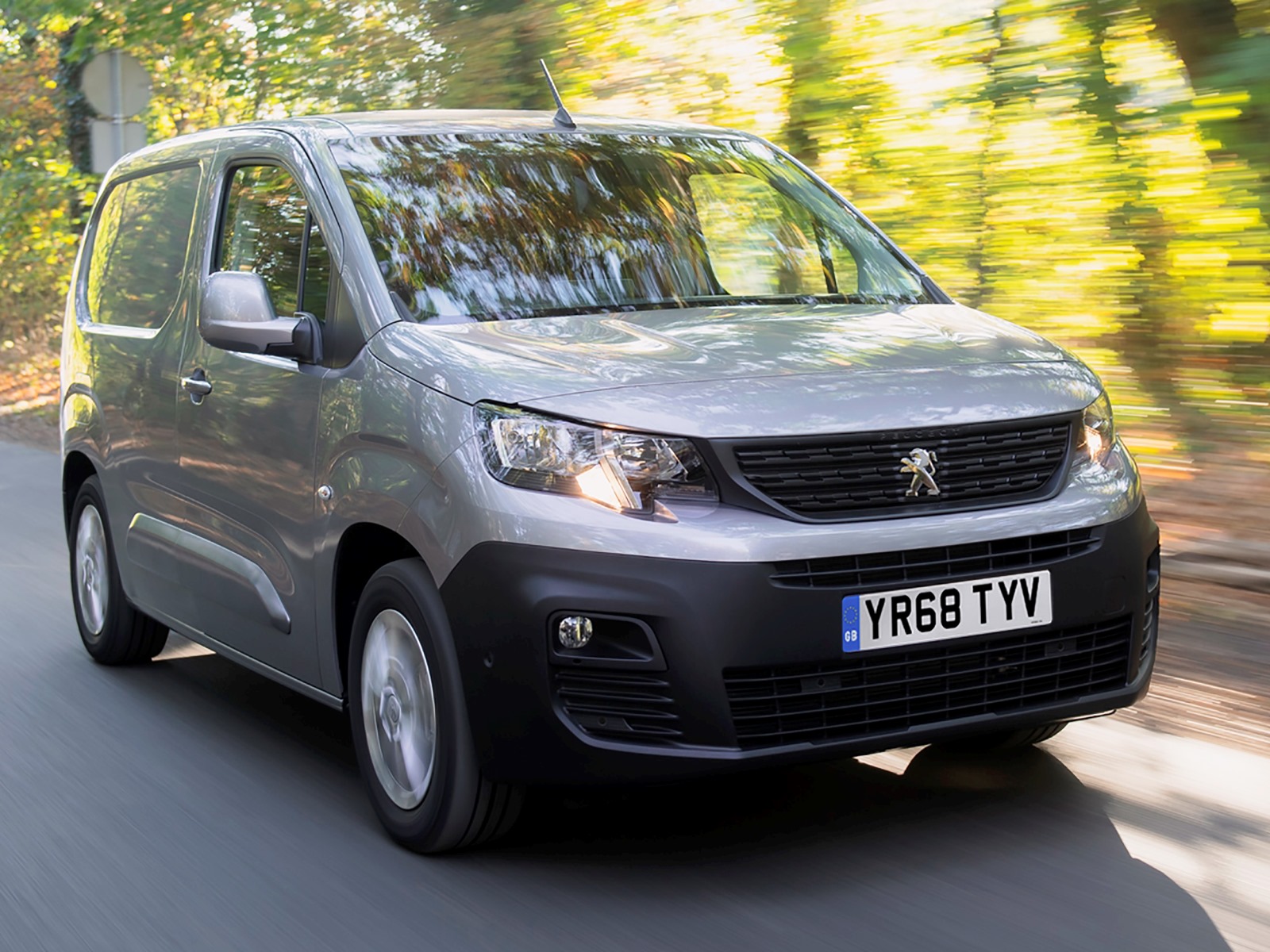 With just minor differences to the Combo, the Peugeot Partner has retained its 2020 position with 11,290 units registered.

The Stellantis group has a three-pronged attack on the small van market with these different brands, but despite 2021 seeing the light van segment continue to perform less strongly than its larger siblings, the demand for this excellent light van remains unabated. 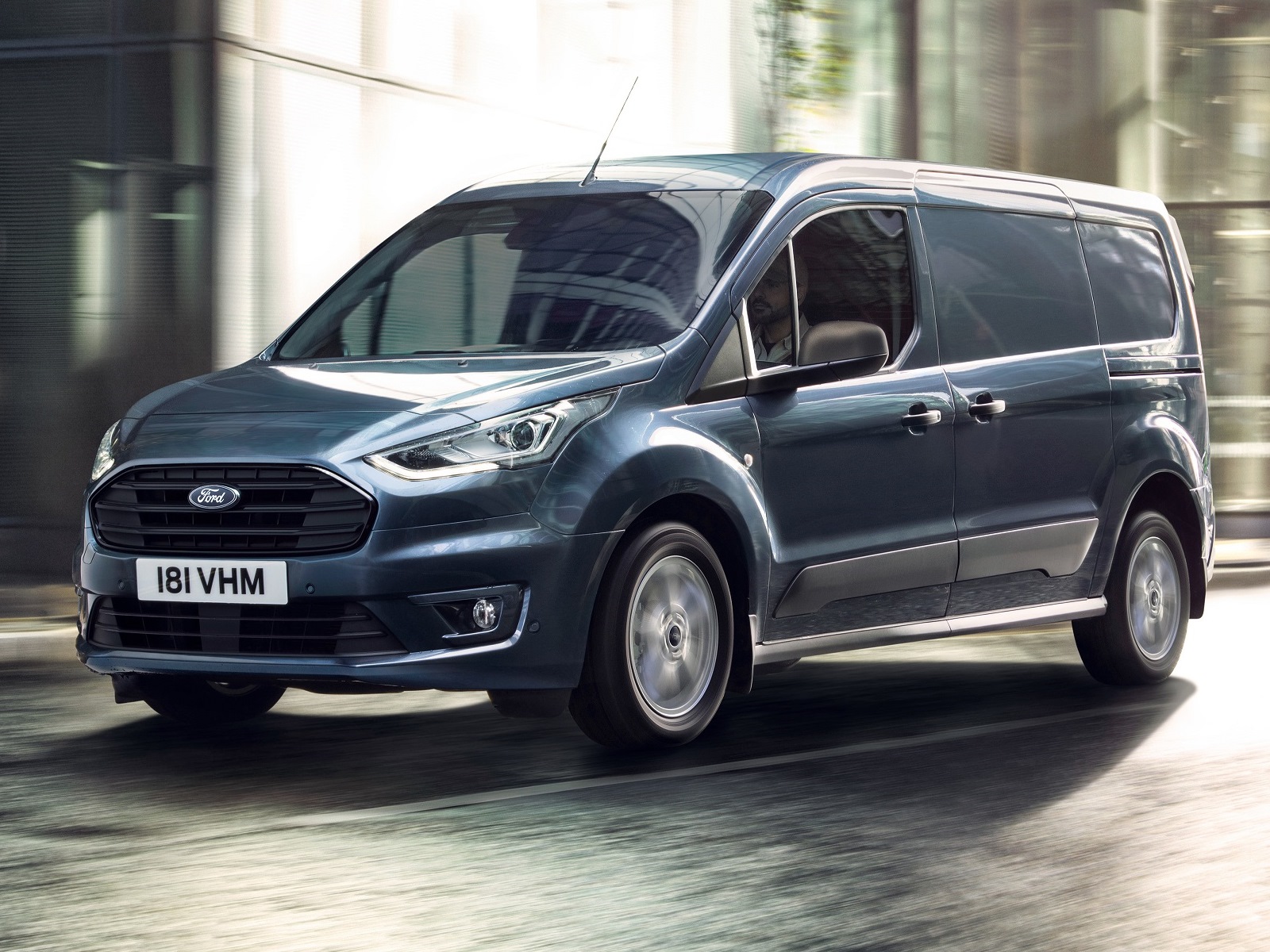 The popularity of the Ford Transit Connect continues with the van maintaining a solid eighth position with 11,498 vans hitting the roads last year. Relatively speaking, it’s starting to get slightly long in the tooth, having launched in 2013.

Expect to hear more about its replacement over the course of this year. The result of Ford’s joint venture with Volkswagen, the new Connect is based on the recently introduced all-new Caddy. 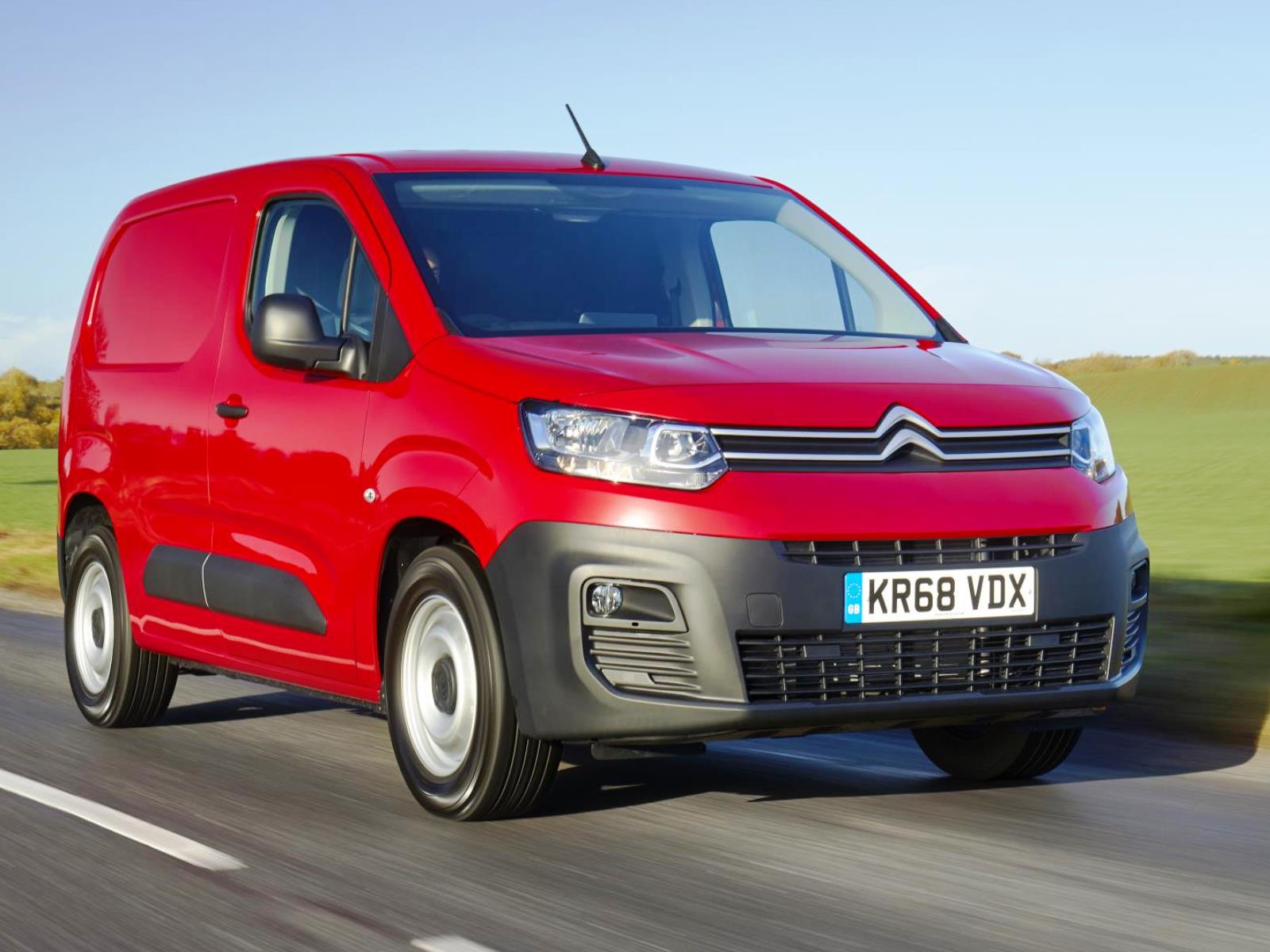 Continuing its lead over its Stellantis brothers and sisters, the Citroen Berlingo maintained seventh position with 12,030 units sold. For some reason the Berlingo name historically seems to be enough to regularly give it the edge over the Peugeot in particular, perhaps due to dealer strength and fleet activity.

Here’s an interesting fact though – add together the sales of the Berlingo, Partner and Combo and the combined 33,889 registrations would put it in third place in the top ten, although last year on the same basis the vans would have got second spot. 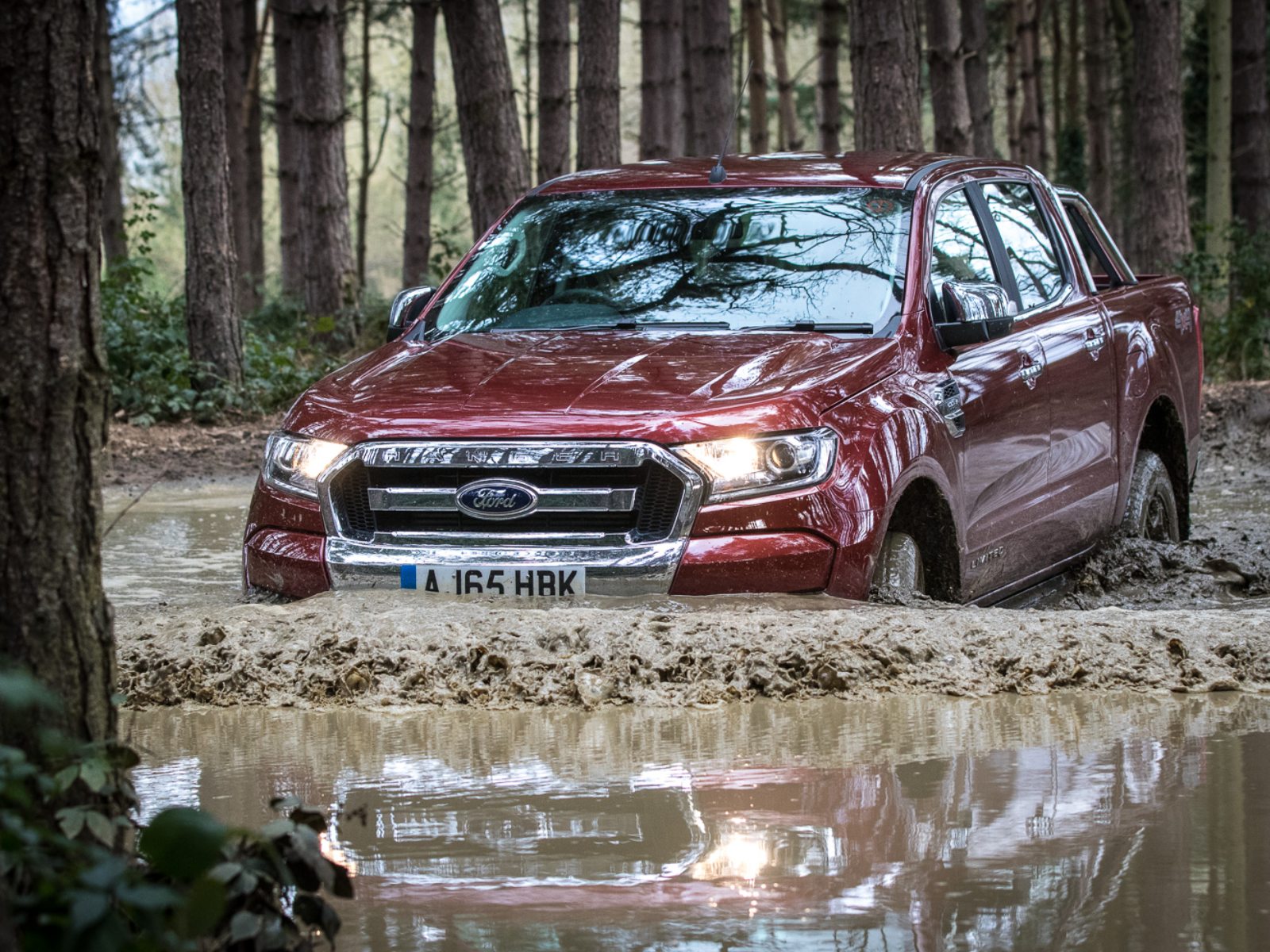 The pickup segment continues its consolidation, with Nissan, Mercedes-Benz, Mitsubishi, Volkswagen and Fiat all having exited the UK market in the last two years.

The Ford Ranger is again in sixth place with 17,830 registrations, the only truck to feature in the top 10. Regularly facelifted, it appeals equally to those who need a workhorse and to the lifestyle user.

Ford have already previewed the new Ranger, on sale at the end of 2022/early 2023. Again, as a result of the tie up with Volkswagen, we’ll see the Amarok return to the UK looking very similar to the Ford. 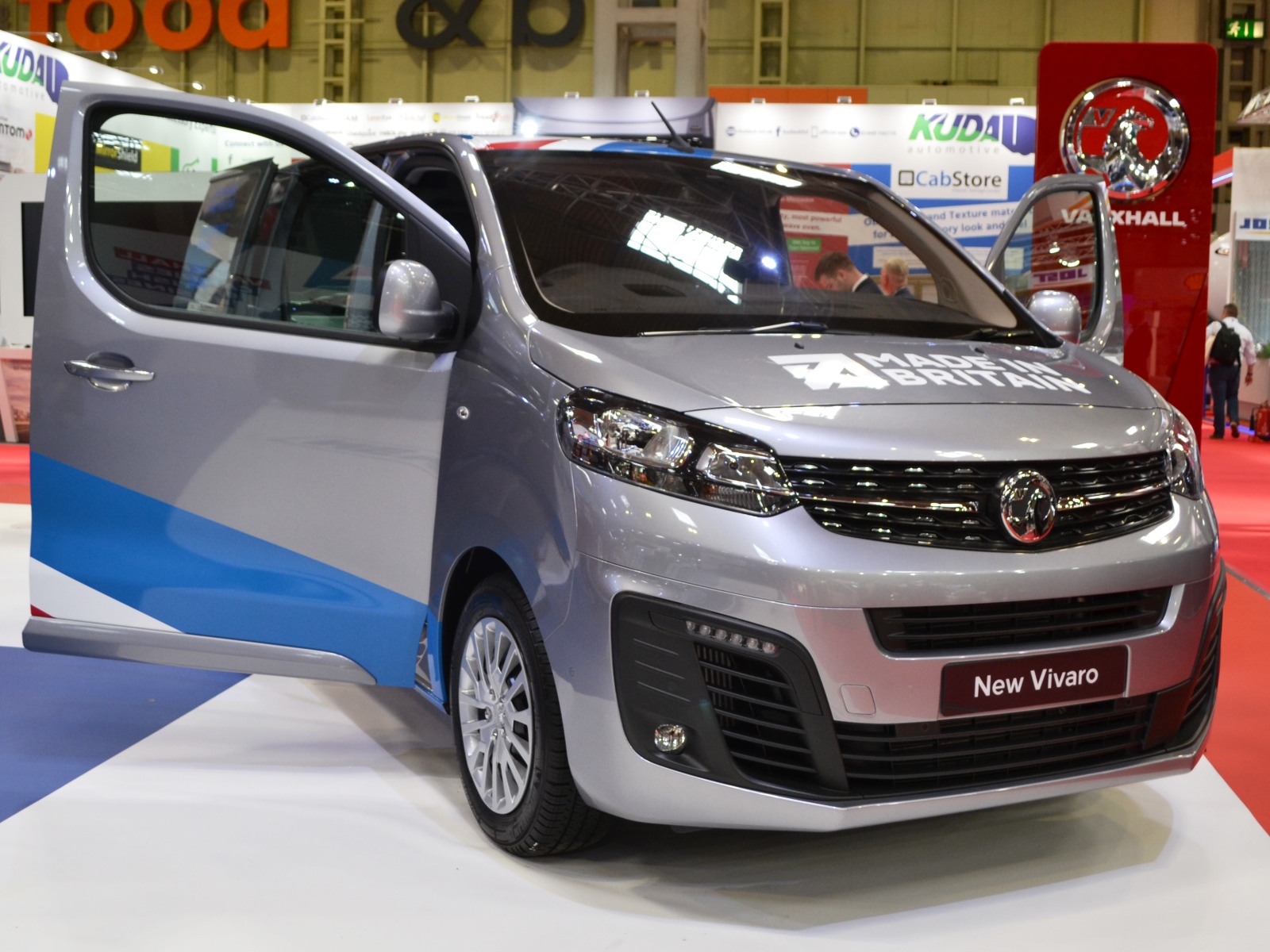 What do the Peugeot Expert, Citroen Dispatch, Nissan NV300 (recently renamed Primastar) and the newly launched Fiat Scudo have in common? A lot, as they’re almost identical. They also don’t appear in the 2021 top 10, unlike the platform sharing Vauxhall Vivaro which achieved a very creditable number five spot, unchanged from 2020.

With a comfortable cab environment, an excellent payload and a choice of efficient power units, it has a lot to offer. The all electric Vivaro-e is one to watch, already winning numerous awards and with an outstanding range of up to 205 miles between charges. 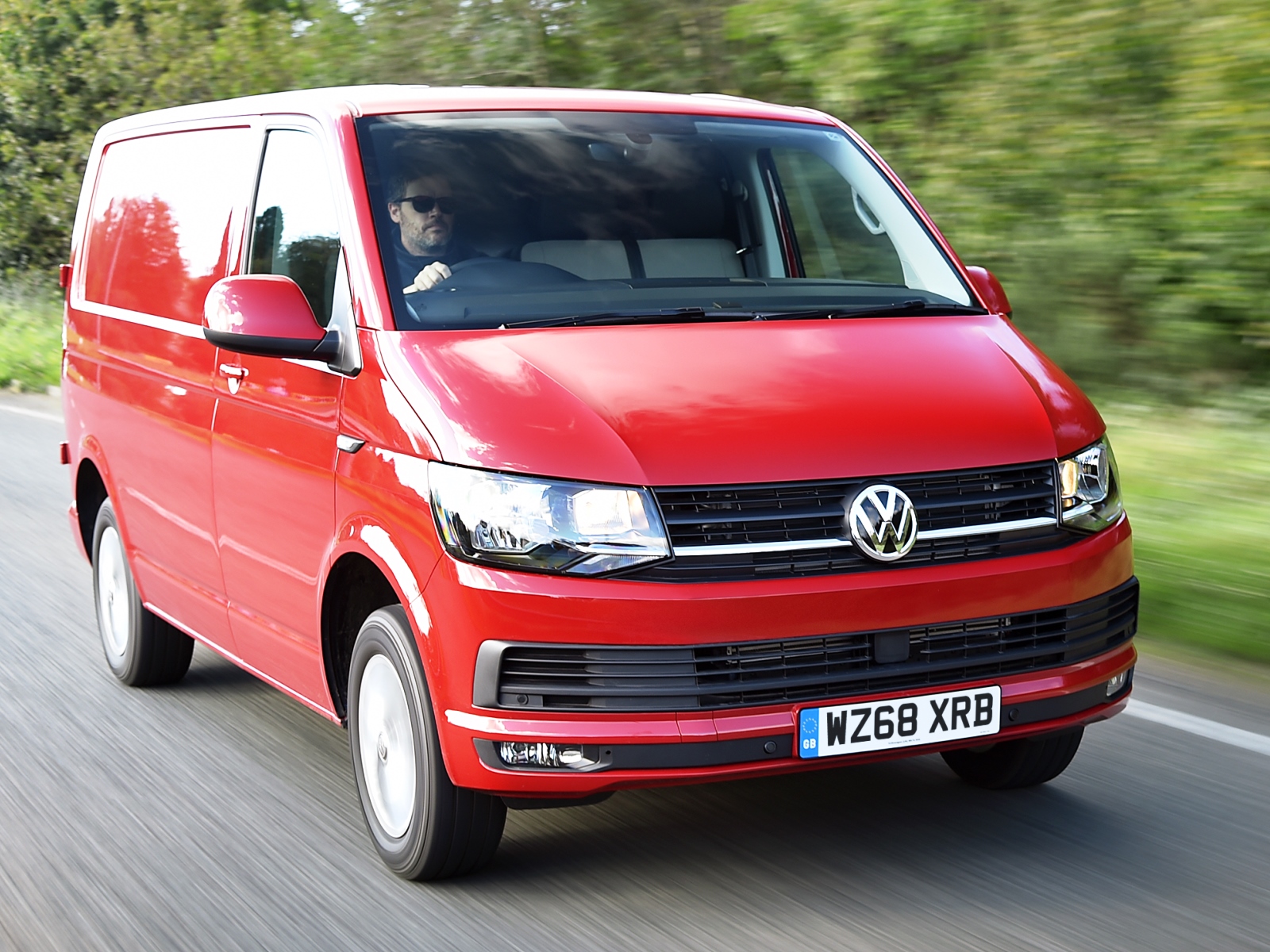 The legendary Volkswagen Transporter retains its 2020 position as the fourth bestselling LCV with 21,190 sales. The current version, designated T6.1, is likely to be the last Transporter we see in the shape we’re familiar with.

Its replacement will again be the result of the Ford/Volkswagen partnership and we expect to hear more about this in late 2022/early 2023. 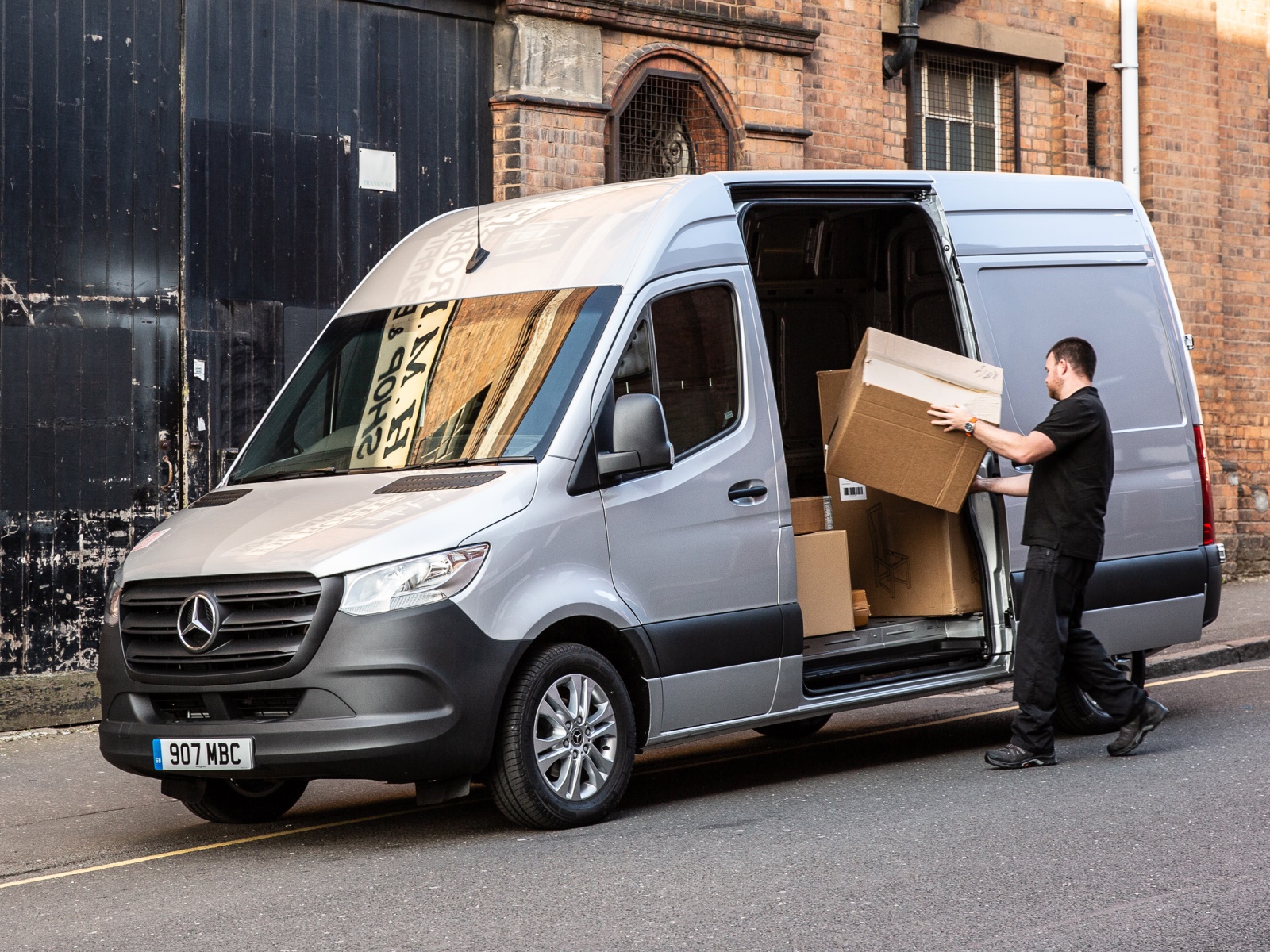 In 2020 the Mercedes-Benz Sprinter triumphantly knocked the Ford Transit into third place. Not this year though, when Mercedes had to settle for the bronze medal with 21,915 sales – and in fact the Sprinter was one of the few vans to sell in lower numbers in 2021 than the previous year.

Although quicker to the market with an all-electric version, sales have been poor presumably due to the range of the van being significantly less than 100 miles on a full charge.

Expect to see improvements here just as with the newly revised eVito, which has a much better range than the earlier model. 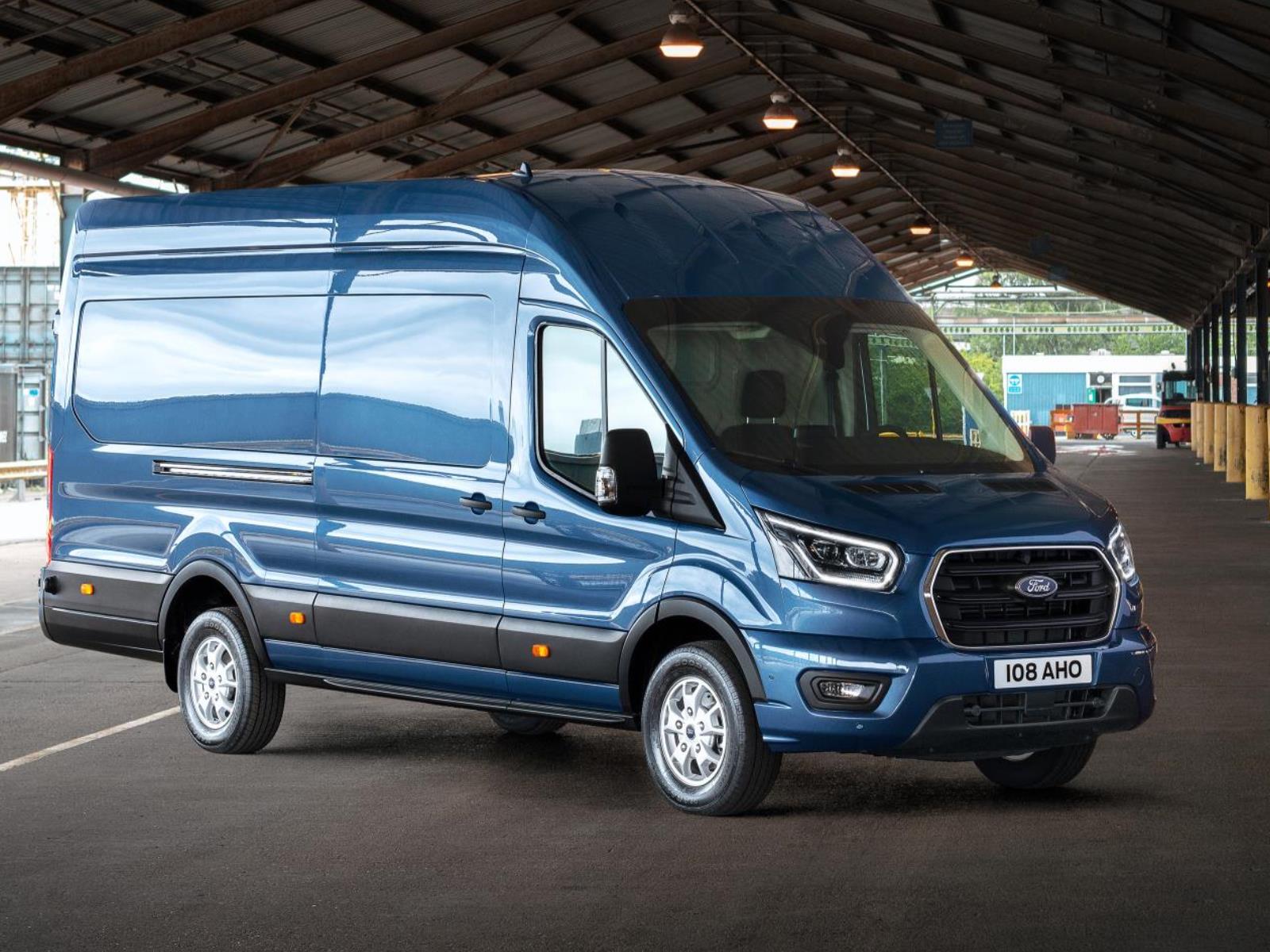 The ubiquitous ‘big’ Ford Transit has regained its second place with sales of 34,293, a huge improvement on the 2020 total of 21,724 units. A 2019 refresh included improved payload, a revamped front end, updated engines offering class leading torque output and a new dashboard.

The one to watch in the next couple of years is the forthcoming all electric E-Transit – an official range not far short of 200 miles, a ridiculously potent powertrain combined with excellent payloads and... a very tempting price tag. This could be a game changer. Watch this space. 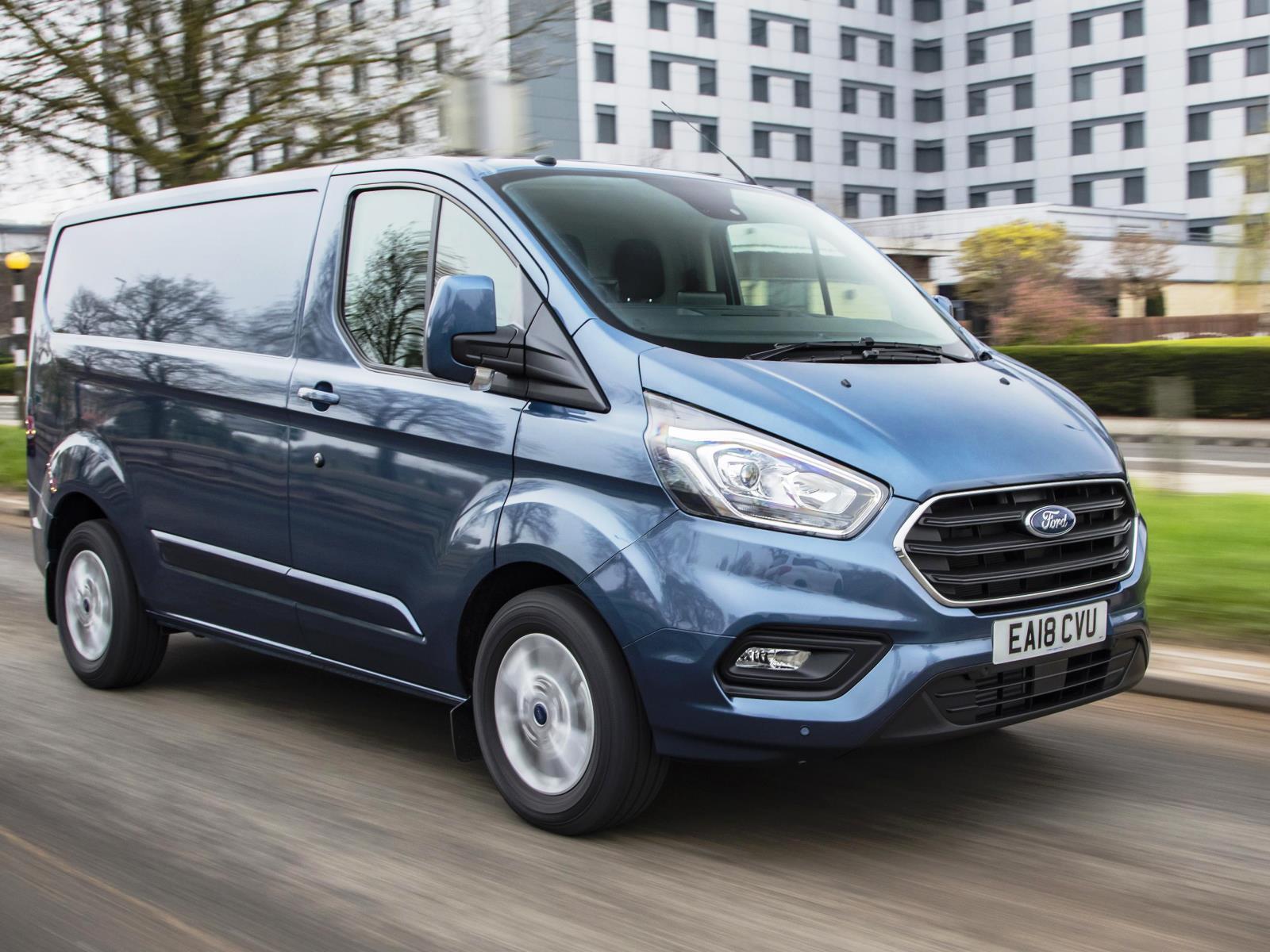 Retaining its number one spot with 53,394 registrations is the Ford Transit Custom. The van was also the UK’s bestselling vehicle overall in 2021, including cars.

Ford seemed to get this van right from day one and hasn’t looked back since. It’s the van of choice for thousands of small businesses and fleets alike, its popularity meaning that residual values (used van prices) remain outstanding.

The manufacturer has been slow to develop fully electric vans, however, and is in danger of losing ground rapidly to competitors in a fast changing market, especially in the medium van segment. We don’t expect to see one until the Custom is replaced in 2023.

So that’s a wrap for 2021. Who knows what the coming year will bring, but with the appearance of more and more electric vans with realistic payloads and ranges, manufacturers who have made strides in this area will continue to reap the rewards.

10 reasons why you should buy a campervan